Combles is a large village 16.5 kilometres east of Albert and 13 kilometres south of Bapaume. Guards Cemetery is on the south-western outskirts of the village, 50 metres from a by-road leading towards Maurepas.

Combles village was entered in the early morning of the 26th September, 1916, by units of the 56th (London) Division and the French Army; and it remained in Allied occupation until the 24th March, 1918, when the place was captured after a subborn stand by the South African Brigade at Marrieres Wood. It was retaken on the 29th August, 1918, by the 18th Division.

The village was later "adopted", with Flers, by the County Borough of Portsmouth.

Guards' Cemetery was begun by the Guards Division in September, 1916, and carried on by other units until March, 1917, and to a small extent in March, August and September, 1918. It contained at the Armistice 100 graves, of which 19 were those of officers and men of the Foot Guards; and it was then increased by the concentration into Plot II of graves from Priez Farm Cemetery. Six German graves of 1918 have been removed to another burial ground.

There are now nearly 200, 1914-18 war casualties commemorated in this site. Of these, over 10 are unidentified and special memorials are erected to 30 soldiers from the United Kingdom, buried in Priez Farm Cemetery and Combles German Cemetery, whose graves were destroyed by shell fire.

The cemetery covers an area of 989 square metres and is enclosed by a rubble wall.

COMBLES GERMAN CEMETERY contained the grave of one soldier from the United Kingdom who fell in August, 1918.

PRIEZ FARM CEMETERY, COMBLES, stood at the South-East corner of Le Priez Farm, on the North side of the road from Combles to Rancourt. The farm was taken by the 18th Division on the 1st September, 1918, after very heavy fighting. The cemetery contained the graves of 79 soldiers from the United Kingdom who fell in the winter of 1916-17 and in August and September, 1918. 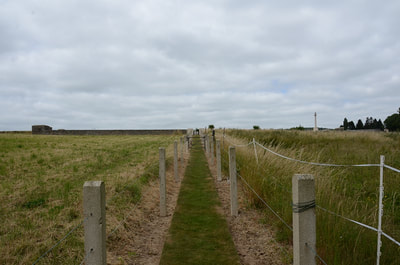 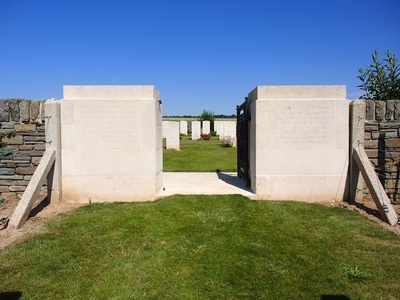 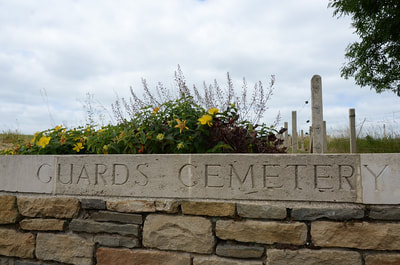 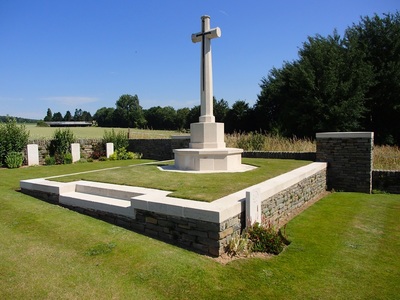 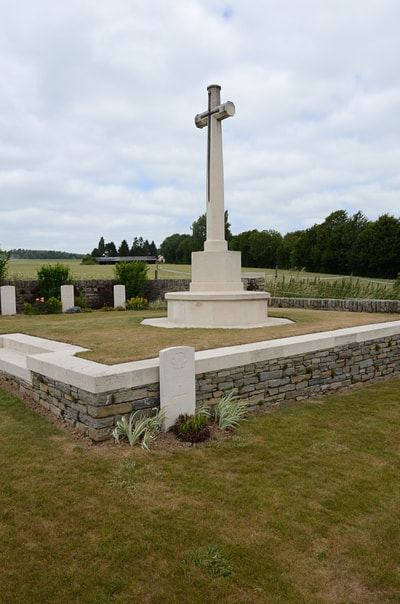 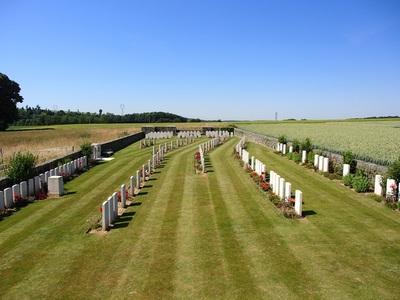 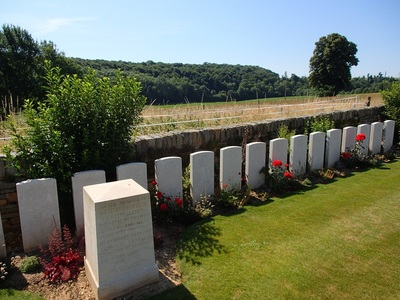 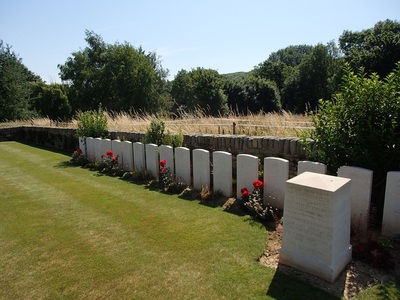 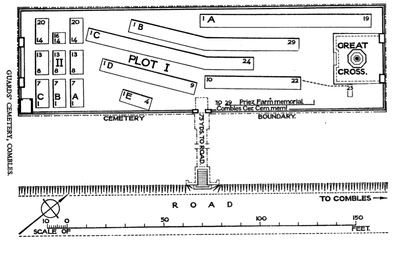 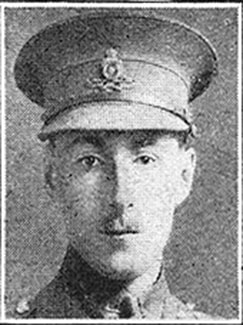 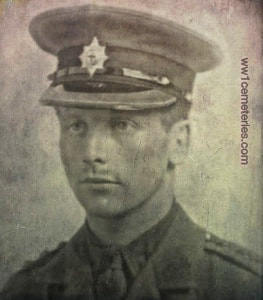 His headstone bears the inscription; "Greater Love Hath No Man." 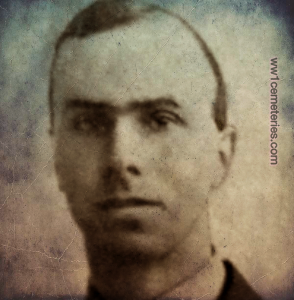 ​His headstone bears the inscription; "God Is Love." 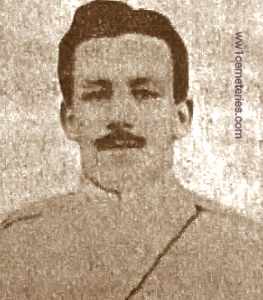 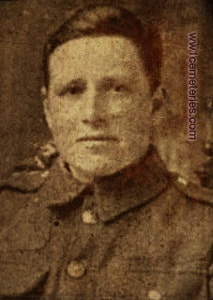 His headstone bears the inscription; "God Is Love." 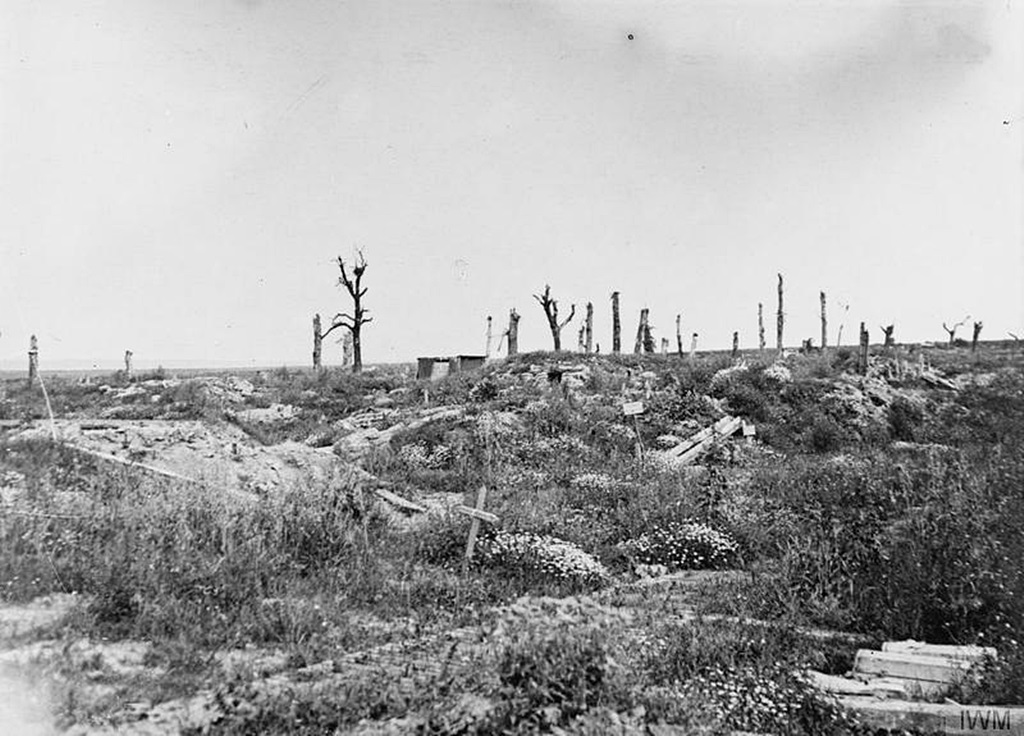 Ruins of Le Priez Farm near Combles, 17 July 1917. At the south-east corner of this farm was Priez Farm Cemetery, which was later concentrated into Combles Communal Cemetery Extension. Note the grave marker front centre. © IWM (Q 58333) 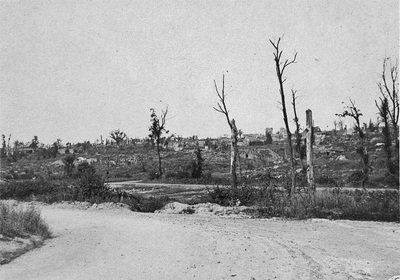 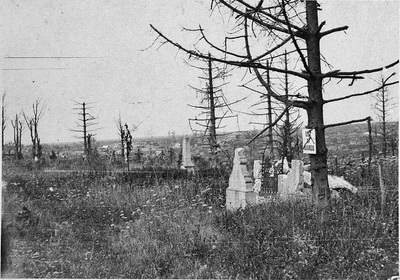 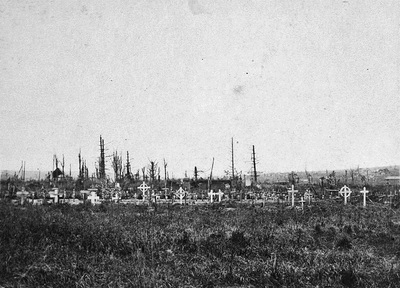 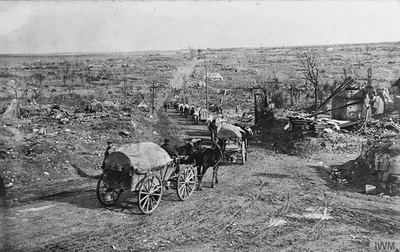 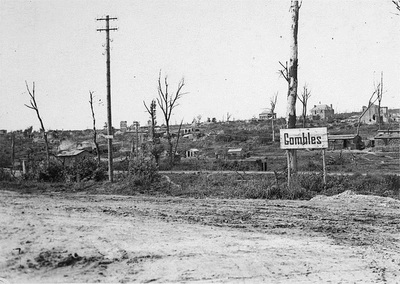 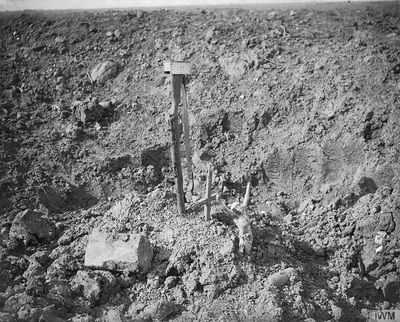 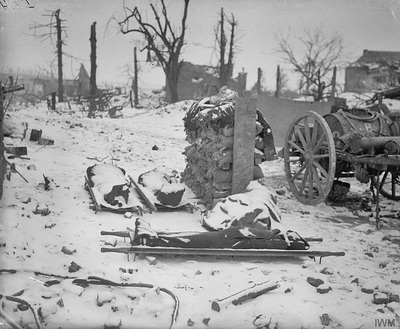 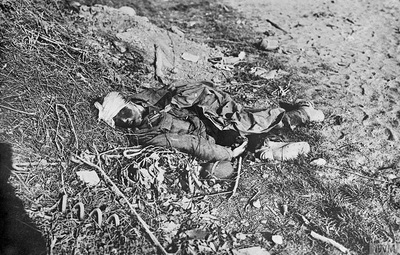 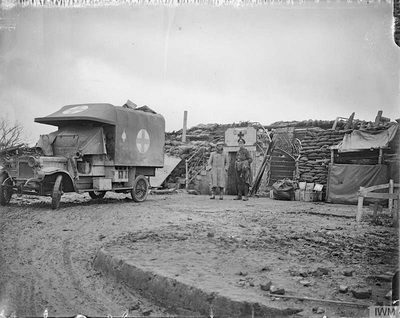 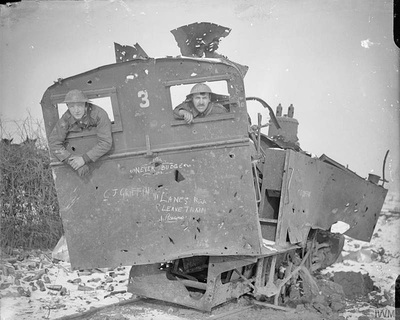