Hallencourt is a village and commune situated at the junction of the D21, D53 and D173 roads, some 10 Kms south-east of Abbeville.

Both graves are to be located on south side, near south-west corner.

24/2008 Private Frank Hughes, 2nd Bn. Canterbury Regiment, N. Z. E. F. executed for desertion 25th August 1916.
Son of Mr. John Hughes, of 209, Crinan St., Invercargill, New Zealand. A volunteer who had been a builder’s labourer in civilian life, he was posted to the Western front after 4 weeks of rigorous training at Etaples.  5 days after his arrival, Hughes went absent, & 7 days’ pay was docked. He promptly made himself unfit for duty through drink; caused a night-time disturbance; & then went absent for about half a day.  28 days’ Field Punishment No 2 was imposed, after which he again went absent — for which 12 months’ imprisonment with hard labour was awarded at Field General Court Martial.  2 days after that sentence was suspended, Hughes deserted once again, from the front line near Armentières when en route to the trenches. He was the first of 5 New Zealand soldiers to be executed.  (Putkowski, pp.103-105)
​
Other Burial: 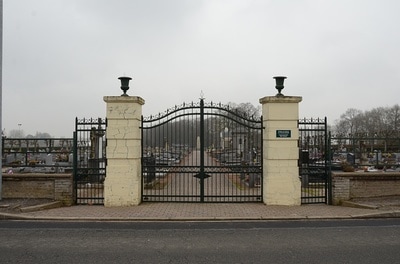 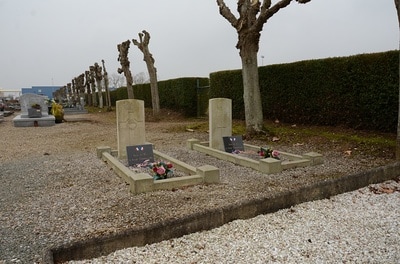 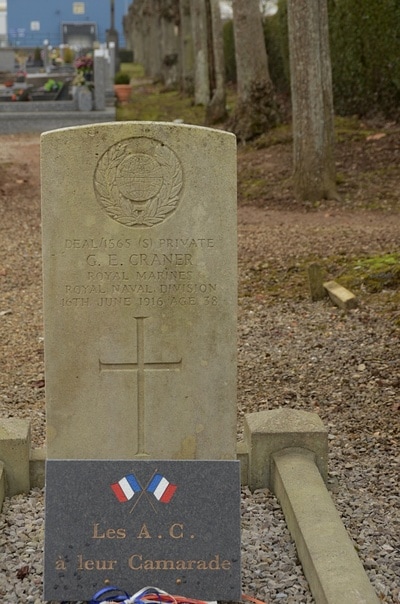 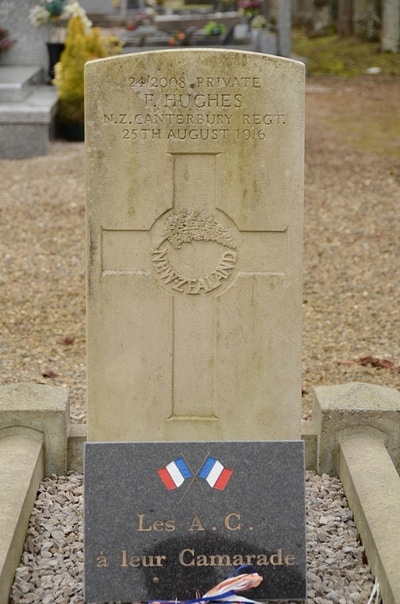