Herbécourt is a village and commune in the Department of the Somme, on the Amiens-Peronne road 8 kilometres west of Peronne.

The British Cemetery is situated on the D1 road after leaving the village in the direction of Bray-sur-Somme.

The first six burials in Row A were made in February and March, 1917. At that time and until after the Armistice the cemetery was an Extension Eastwards of the Communal Cemetery Extension used by French and German troops, but the French and German Extension has been removed. The village fell into German hands in March, 1918, and was recaptured by the 6th Australian Infantry Brigade on the following 29th August; and in August and September, 1918, the cemetery was completed.

There are now nearly 60, 1914-18 war casualties commemorated in this site.

The cemetery covers an area of 326 square metres and is enclosed by a rubble wall. 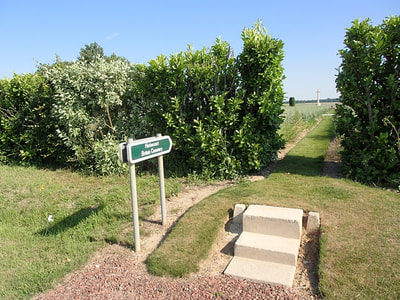 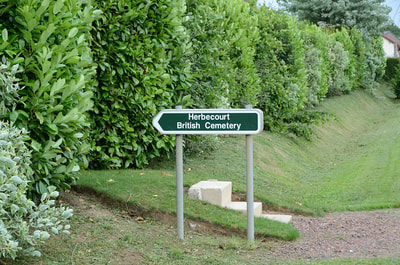 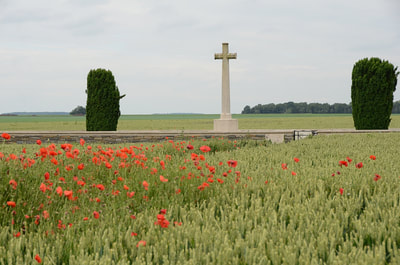 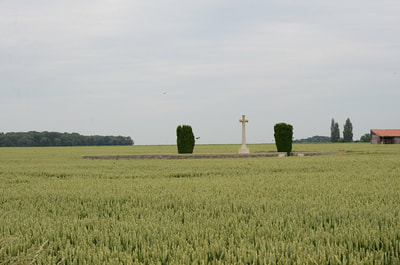 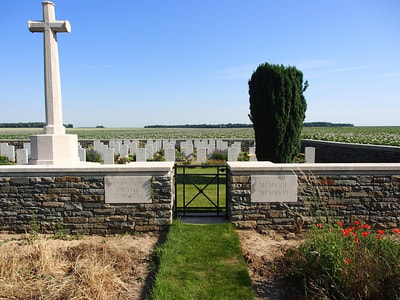 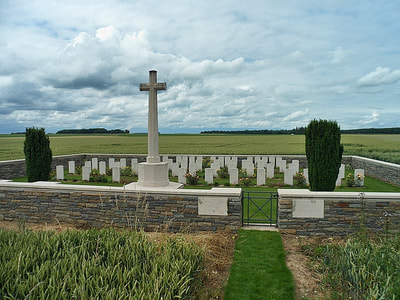 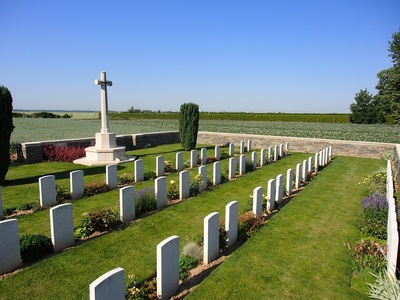 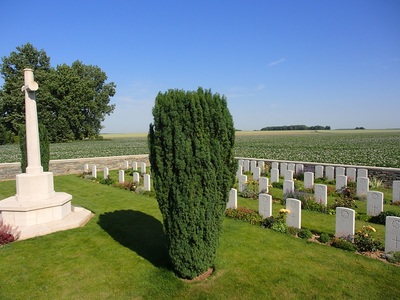 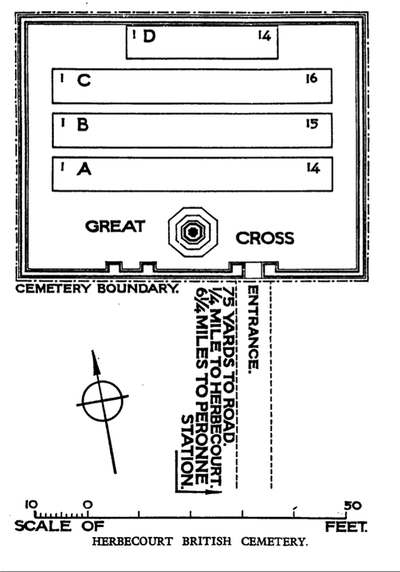 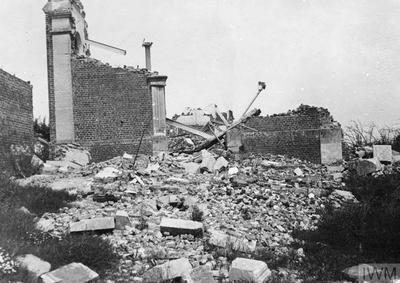 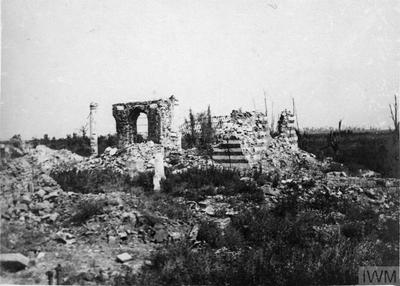 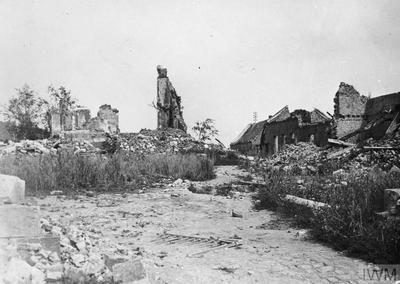 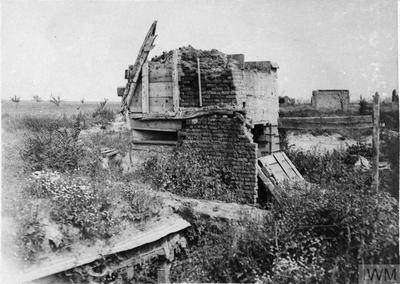 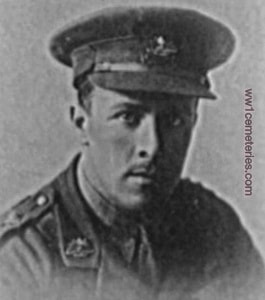 ​His headstone bears the inscription; "Perfect Peace; With Loved Ones Far Away In Jesu's Keeping He Is Safe."

​"I saw him killed by Machine Gun fire in the forehead, near the right of Mount St. Quentin-Peronne. he only lived a few minutes and was unconscious, having a clean bullet wounding the forehead; it was about 5.30p.m. We were going along to support the left flank of the 53rd; he was having a look over the top at the time. After going on a bit farther, I was hit about ten minutes later and as i came back he was lying dead in the trench." 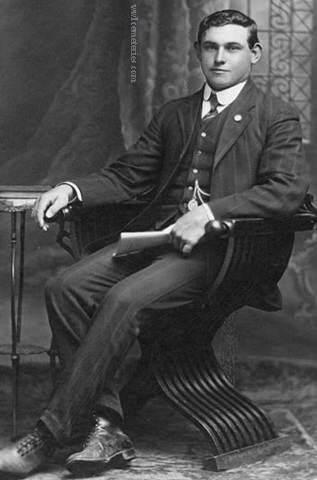 A farmer from Greenvale, NSW, Pte Ellis embarked with the 55th Battalion, 10th Reinforcements, on 31 October 1917 aboard HMAT Euripides (A14). Pte Ellis was killed in action on 2 September 1918 in Peronne, France.

Killed in action at 8 a.m., near Peronne by a Machine Gun bullet to the forehead during his battalions attack. He died in the trench. 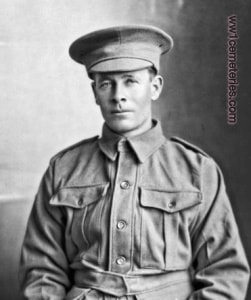 His headstone bears the inscription; "Our Dear Boy, So Sadly Missed."

​He enlisted on 11th March 1915 and Died of Wounds received at Mont St. Quentin. 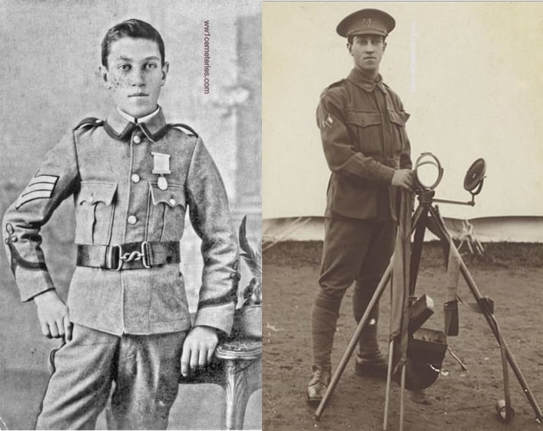 The picture to the left shows; Arthur as a Cadet Sergeant, aged 14 years.

His headstone bears the inscription; "Greater Love Hath No Man For He Died For Friends And Country."

"On September 1st 1918, near Peronne, I saw Walker sitting back against the side of the trench. He had been hit in the head with a piece of shell, and was dying at the time. He was unconscious and could not speak. I was assisting to take other wounded men away at the time and when i saw Walker later, he was dead, that was the last I saw of him. He was in my Company (D)." 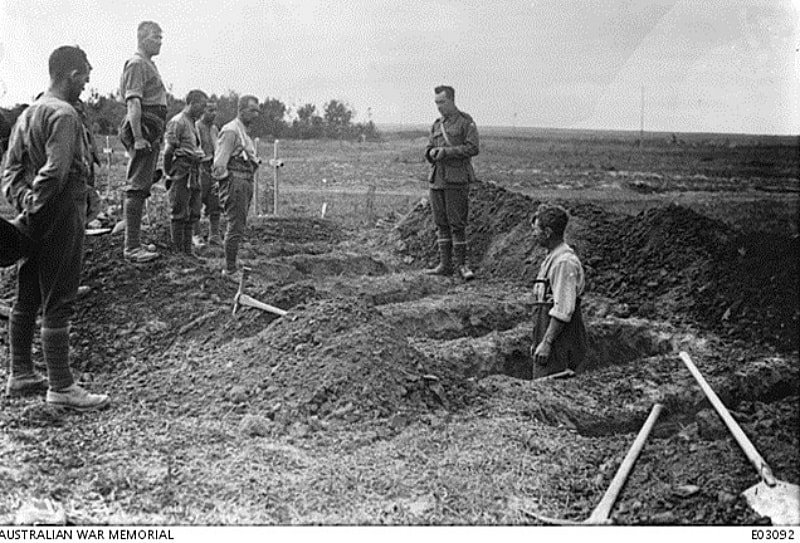 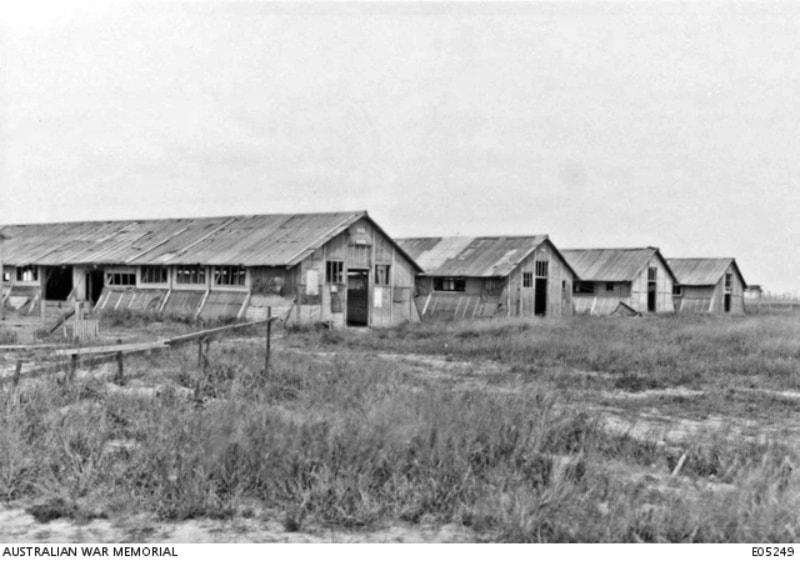 An exterior view of four buildings used as an Advanced Dressing Station. (Probably Herbecourt) The station was used by the Australians during their operations around Peronne from 20 August to 5 September 5th 1918.