The village of Houtave is located west of the city of Brugge (Bruges) on the N9 which runs between Brugge and Oostende. Driving from Brugge follow the N9 to the village of Houtave. On entering the village take the first turning left called Kapellestraat. Then take the first turning left into Pastoriestraat, the church is at the end of this street. The grave is located at the right hand front side of the church. 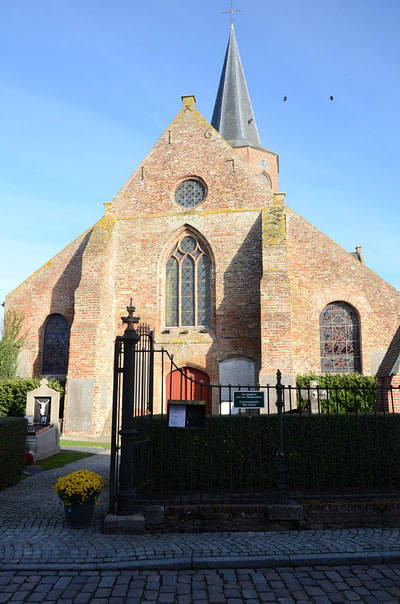 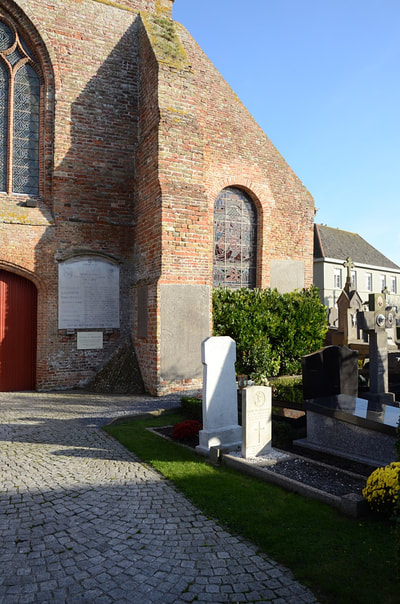 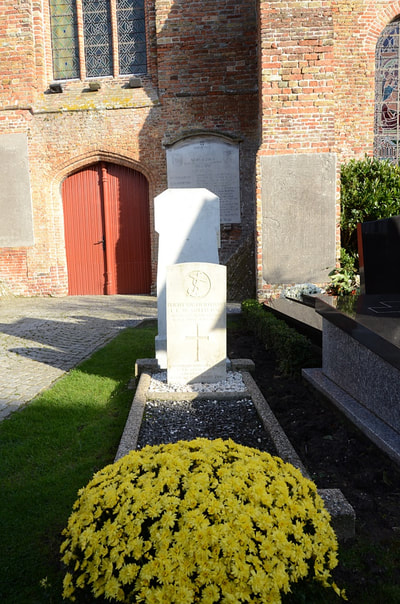 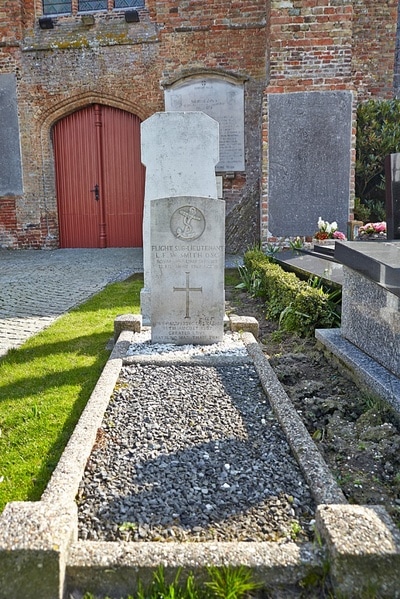 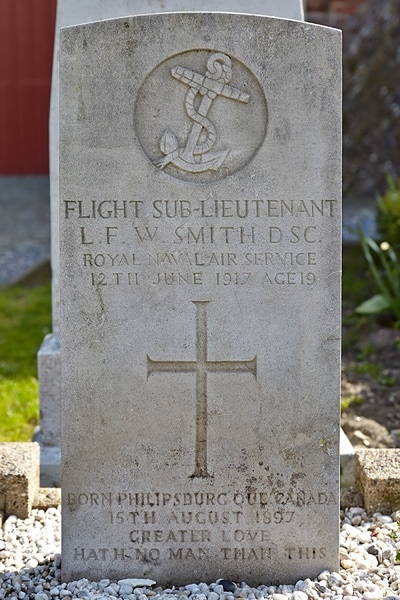 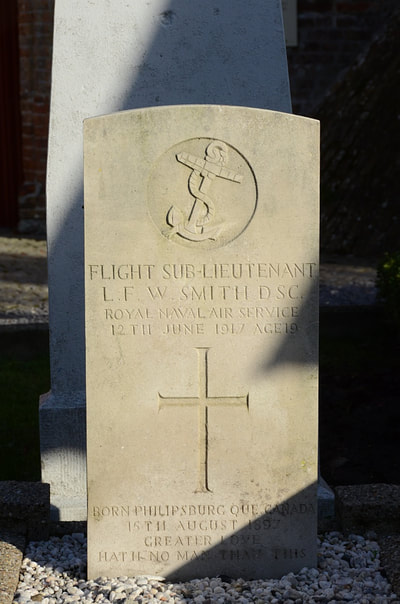 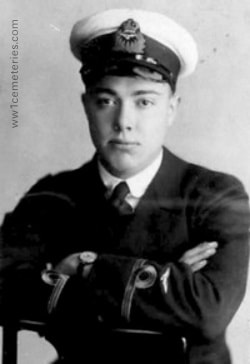