Huby-St Leu British Cemetery is 2 kilometres from Hesdin on the north-west side of the road to St Omer (D928).

In 1916 Hesdin became General Headquarters (2nd Echelon); the 47th Casualty Clearing Station was placed near the town in July-November, 1916, and the 59th in April, 1917-August, 1918. The British burials found in this cemetery were carried out mainly by two hospitals, by G.H.Q. Troops, or by units posted in the neighbourhood.

There are now over 50, 1914-18 war casualties commemorated in this site. One grave, which cannot be exactly located, is represented by a special memorial.

The cemetery covers an area of 652 square metres. 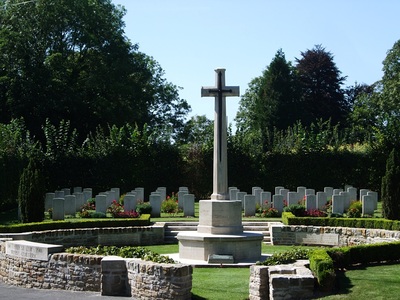 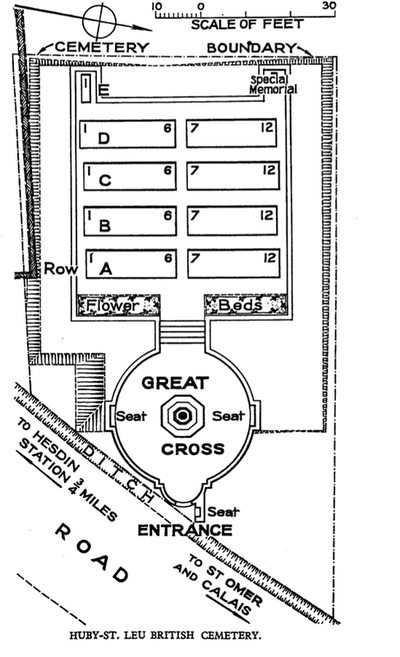 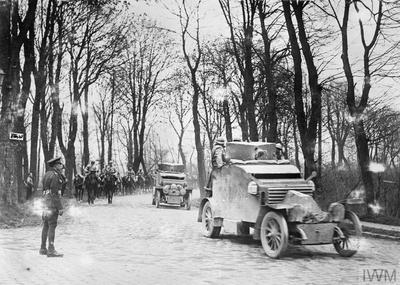 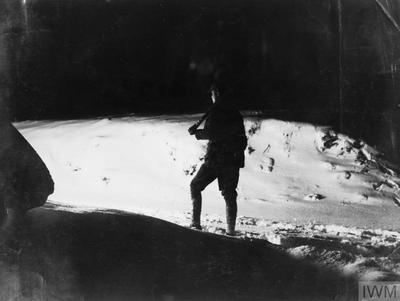 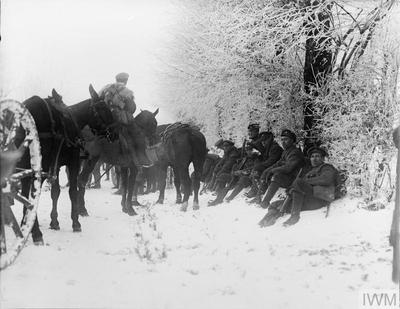 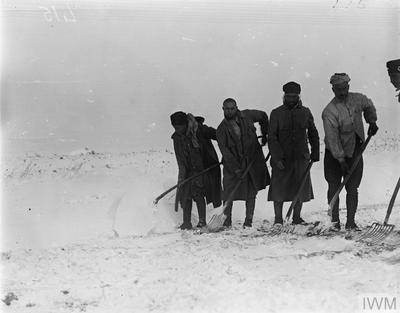 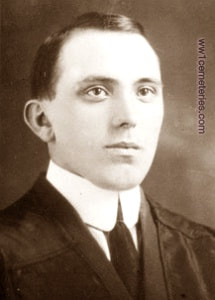 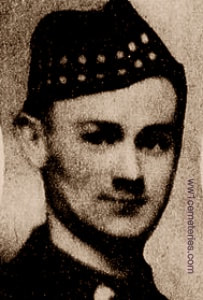 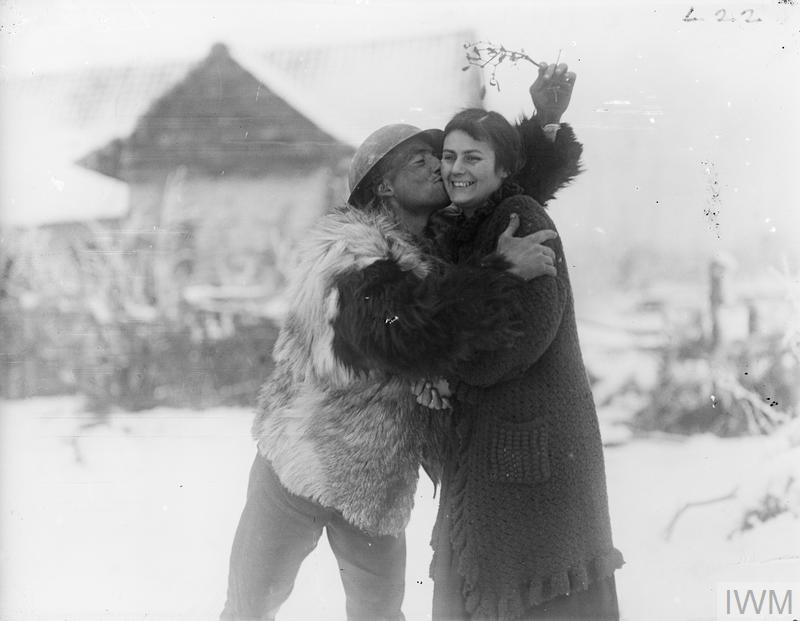 A soldier of the Machine Gun Corps in a sheepskin coat kissing a French farm-girl under a sprig of mistletoe, near Hesdin, 20 December 1917. © IWM (Q 8354) 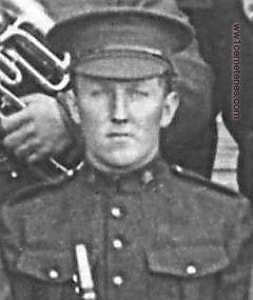 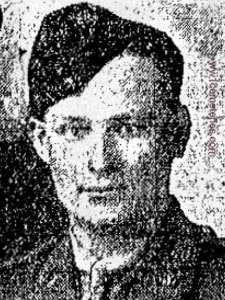 ​His headstone bears the inscription; "He Died That We Might Live." 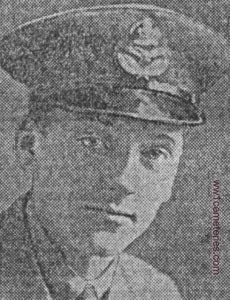 Son of James and Catherine Johnston Pullar, of 225, Hawkhill, Dundee. 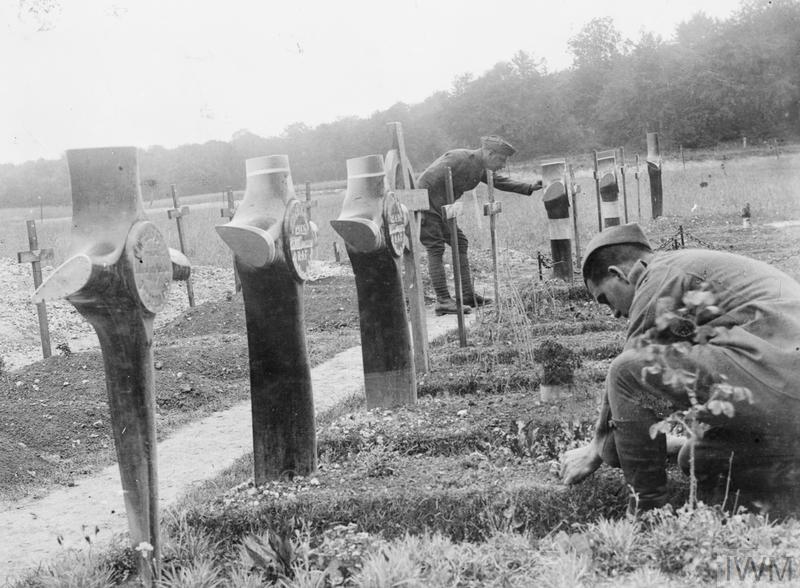 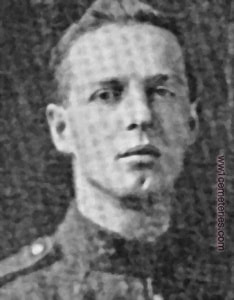 His headstone bears the inscription; "Died Fighting For God Right And Liberty Such A Death Is Immortality." 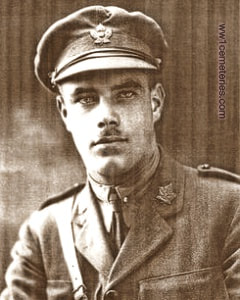 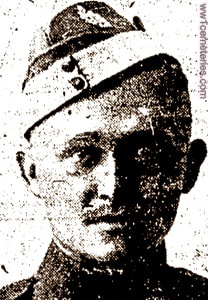 ​His headstone bears the inscription; "Grandson Of Reginald And Sophia Frances Chute Nuttall." 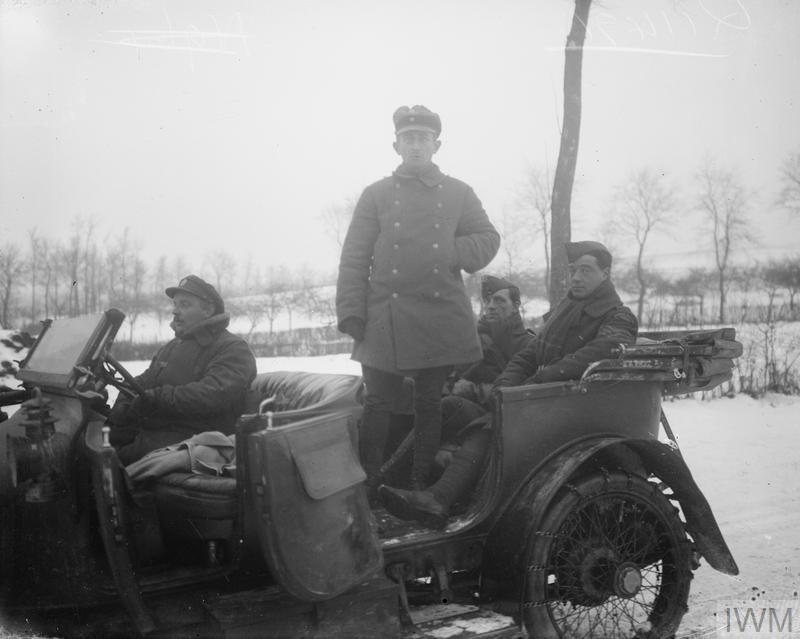 A German Observer from an aeroplane who fell from a great height when the pilot was shot, guarded by the RFC servicemen. He was unhurt. Arras-Hesdin Road, 30 December 1917. © IWM (Q 11491)