Calvaria Cemetery lies in the city of Baja approximately 170 kilometres south of Budapest, about 20 kilometres north of the Hungarian - Serbian border.

From Budapest follow Highway 51 to Baja. The Cemetery is located in the southern part of the town at the southern end of Rokus Utca, where it divides into Nagy Istvan Ut and Kalvaria Ut.

The two graves, together with a number of Hungarian Military graves, are within a fenced area in the south-east corner of the cemetery. Access to this plot is best gained by going down Nagy Istvan utca for 50 metres and then turning into Bokodi Ut. for another 50 metres, then into Hollo Utca and then first right again into Pacsirta Utca. The entrance to the military plot is through a small gate on the right and has wheelchair access.

There are now two 1914-18 war casualties commemorated in this site.


Pictures used with the permission of the Commonwealth War Graves Commission 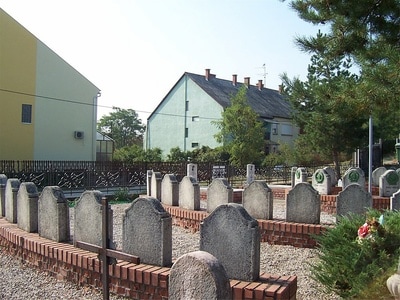 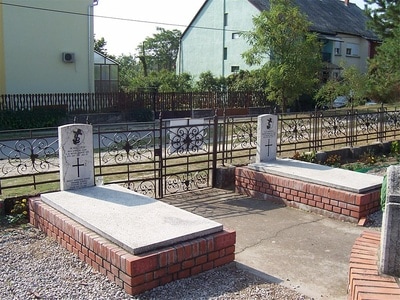