Illies is a small village between Béthune and Lille. The German Military Cemetery is adjacent to the local cemetery on the Rue du Cimetière to the East of the village.

This German cemetery was created by German troops at the beginning of First World War, in 1914.

275  have been buried in five mass graves that are limited with carved stones. Among these, only 56 have been identified.

In the grave 2/78, a father and son are buried near one another Captain Augustus Balthasar who died on 25 October 1914 and his son William who died during second world war, on July 3, 1941 near Aire sur la Lys.

It was enlarged after the war when when the French military authorities transferred the bodies from 17 other burial sites.

In 1930, plane trees and shrubs have been planted and an entry has been built with pillars and a wrought iron gate
In July 1966, the Deutsche Volksbund Kriegsgräberfürsorge finally got the management of cemeteries and German government’s funding.

Landscaping was then improved with the planting of shrubs; temporary wooden crosses were replaced by metal or stoneware crosses with the names and dates of the victims ; a large steel cross was erected in the centre of the cemetery. This new space planning was achieved in 1980 in this cemetery. 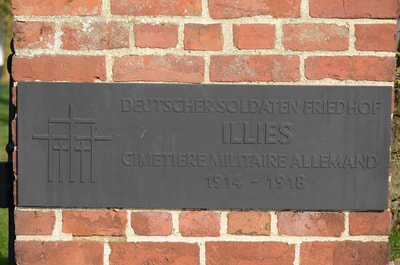 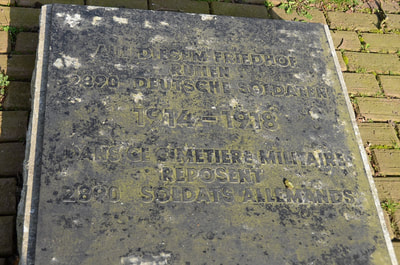 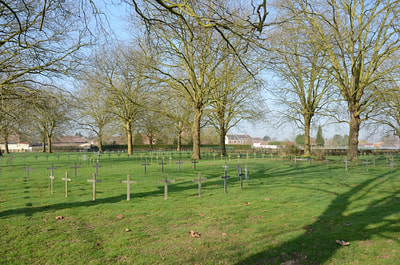 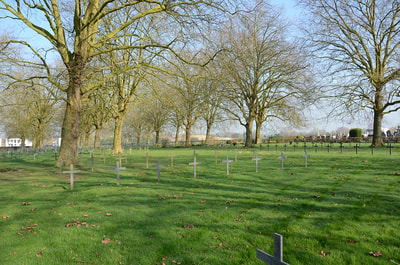 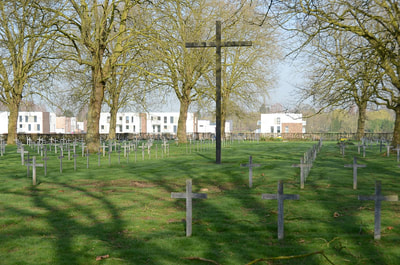 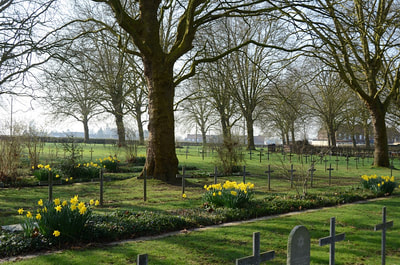