The GST Road (Great Southern Trunk Road) leads from the airport past Trident Hotel to Kathipara roundabout. The way is via Mount Poonamall Road, passing at the foot of St. Thomas Mount. The cemetery can easily be located on the right hand side of the road 1 kilometre from St. Thomas Mount.

From Madras Central Railway Station the route is up Mount Road (Anna Salai) and over the bridge which crosses the River Cooum. The route passes St. Mary's Cemetery on Pallawan Road and is via LIC building (Life Insurance Corporation Building) situated on Mount Road, which leads to Anna Flyover and to Kathipara Junction.

Outside of these times, access can be gained via the gate which leads to the resident manager's living quarters within the cemetery.

MADRAS WAR CEMETERY was created to receive Second World War graves from many civil and cantonment cemeteries in the south and east of India where their permanent maintenance could not be assured.

The cemetery contains 856 Commonwealth burials of the Second World War.

The MADRAS 1914-1918 MEMORIAL is situated at the rear of the cemetery. It bears the names of more than 1,000 servicemen who died during the First World War who lie in many civil and cantonment cemeteries in various parts of India where it is not possible to maintain their graves in perpetuity 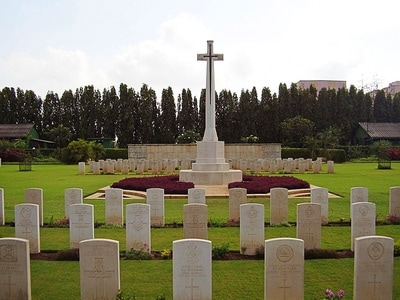 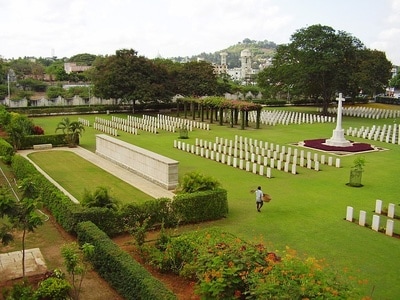 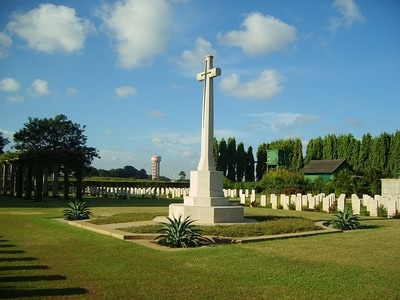 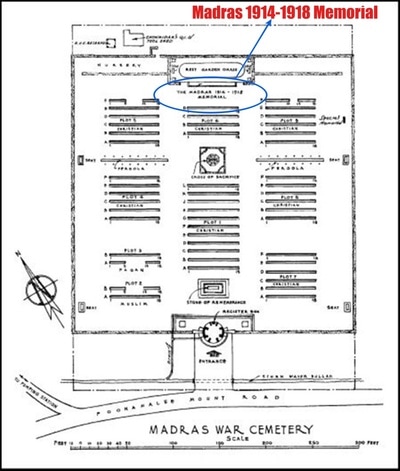 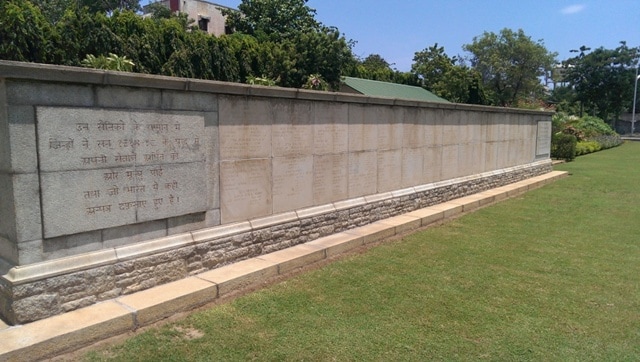