Baghdad (North Gate) War Cemetery is located in a very sensitive area in the Waziriah Area of the Al-Russafa district of Baghdad. The main entrance to the cemetery is located opposite the College of Arts and the Institute of Administration in Baghdad University and adjacent to the Iraqi Cigarette Factory in Waziriah Area and the Press of Ministry of Defence.

The erection of 511 headstones, with new concrete bases, as well as repair to the boundary fence was completed in 2012. The CWGC is currently erecting a further 500 headstones.

Whilst the current climate of political instability persists it is extremely challenging for the Commission to manage or maintain its cemeteries and memorials located within Iraq. A two volume Roll of Honour listing all casualties buried and commemorated in Iraq has been produced. These volumes are on display at the Commission's Head Office in Maidenhead and are available for the public to view.


Before considering a visit to Iraq the Commission strongly recommends that you check the advice given by the Foreign & Commonwealth Office on the travel section of their website:

In 1914, Baghdad was the headquarters of the Turkish Army in Mesopotamia. It was the ultimate objective of the Indian Expeditionary Force 'D' and the goal of the force besieged and captured at Kut in 1916. The city finally fell in March 1917, but the position was not fully consolidated until the end of April. Nevertheless, it had by that time become the Expeditionary Force's advanced base, with two stationary hospitals and three casualty clearing stations.

The North Gate Cemetery was begun In April 1917 and has been greatly enlarged since the end of the First World War by graves brought in from other burial grounds in Baghdad and northern Iraq, and from battlefields and cemeteries in Anatolia where Commonwealth prisoners of war were buried by the Turks.

At present, 4,166 Commonwealth casualties of the First World War are commemorated by name in the cemetery, many of them on special memorials. Unidentified burials from this period number 2,729.

The cemetery also contains the grave of Lieutenant General Sir Stanley Maude, Commander-in-Chief of the Mesopotamian Expeditionary Force, who died at Baghdad in November 1917 and the memorial to the 13th Division which he commanded. A memorial to the 6th Battalion Loyal (North Lancashire) Regiment was brought into the cemetery from the banks of the Diyala River in 1947.

During the Second World War, Baghdad was again an objective of Commonwealth forces. The 20th Indian Infantry Brigade reached the city from Shaiba by the Euphrates route on 12 June 1941 and the 21st Indian Infantry Brigade, part of the 13th Duke of Connaught's Own Lancers, together with the 157th Field Regiment, Royal Artillery, arrived on 19 June via the Tigris. An advanced base was established later near the city and remained in use until 1946.

Most of the 295 Commonwealth servicemen of the Second World War buried in the cemetery died of illness or by accident when serving with PAIFORCE. Again, a number of the graves were brought in from other burial grounds.

Within the cemetery is the Baghdad (North Gate) (Khanaqin) Memorial, commemorating 104 Commonwealth servicemen, 437 Polish soldiers and 3 Arab Legionnaires of the Second World War buried in Khanaqin War Cemetery which, owing to difficulty of access, could not be properly maintained.

The North Gate Cemetery also contains 127 war graves of other nationalities from both wars, 100 of them Turkish, and 41 non-war graves. 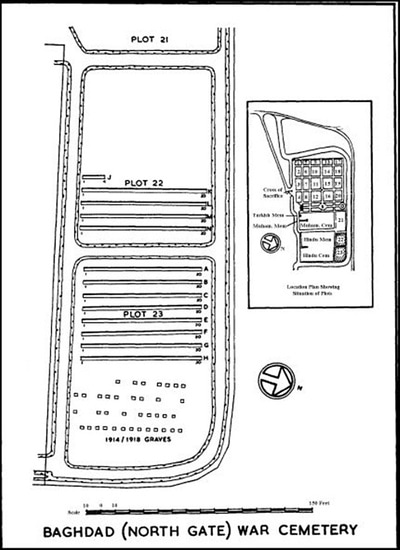 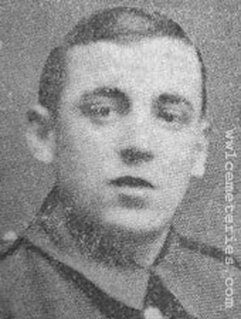 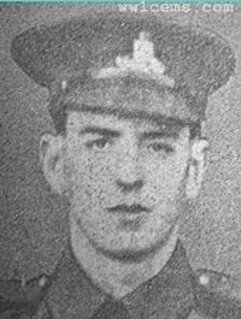 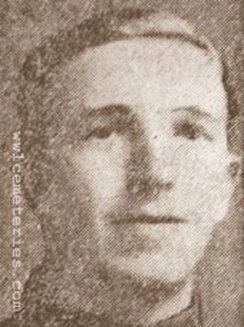 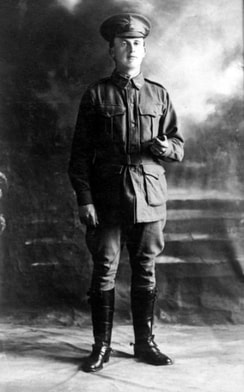 Studio portrait of 20153 Sapper (Spr) Frank Henry Evans, 1st Australian Cavalry Divisional Signal Squadron. A railway clerk from Canley Vale, NSW prior to enlistment, Spr Evans embarked with the 2nd Reinforcements from Melbourne on HMAT Kyarra on 7 September 1917. On 14 May 1918 he died of disease caused by field operations and was buried in the Baghdad (North Gate) War Cemetery, Iraq. 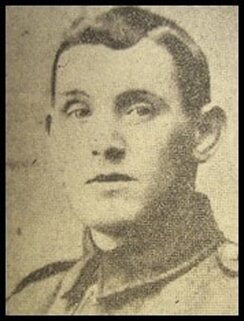 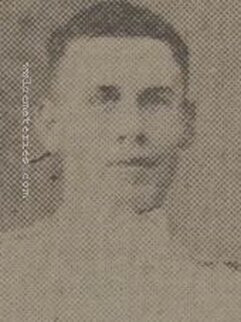 Studio portrait of 20573 Sapper (Spr) Alfred William Gluyas, Light Motor Set Wireless Troop, of Northcote, Vic. A cabinet-maker before enlisting on 2 July 1917, he embarked from Sydney on HMAT Ulysses on 19 December 1917 as an Acting Corporal. On 15 January 1918 he reverted to his permanent rank of Sapper. On 28 March 1918 he joined the 1st Australian Wireless Signal Squadron, also known as the Anzac Wireless Squadron, in Baghdad. He died of cerebro-spinal meningitis on 26 September 1918 in Baghdad, at the age of 23. 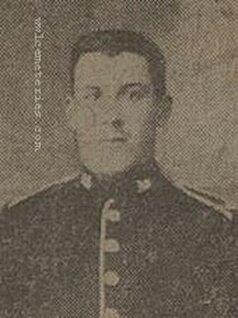 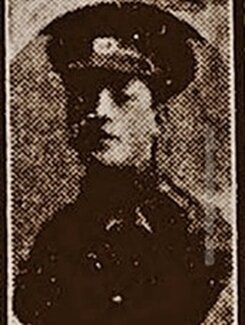 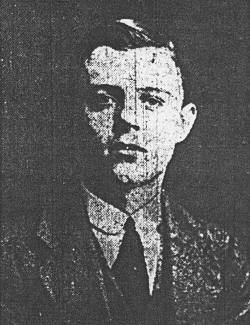 The eldest son of the Revd and Mrs R. W. Cummings of Hurst Vicarage, Ashton-under-Lyne, a former pupil of Manchester Grammar School and preparing for ministry in the church, he was caught up in the mayhem of the Hillah disaster of July 24th 1920 but escaped unhurt retreating with the remnants of his battalion for some 16 miles through the desert to safety. He died later of diphtheria on December 2nd 1920. 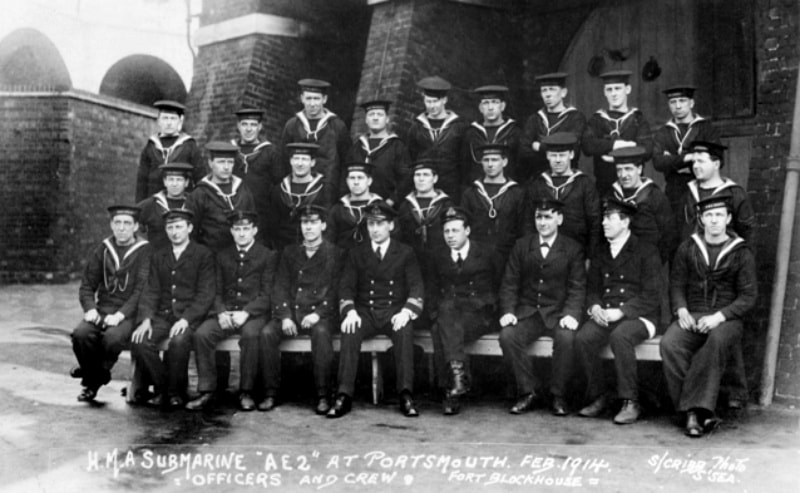 Tekrit, Mesopotamia. 1917-11. Informal group portrait of Captain William Henry Payne and despatch riders with the 1st Cavalry Divisional Signal Squadron, part of the Mesopotamian Expeditionary Force, after the capture of Tekrit. The riders are seated on their motorbikes with an open truck in the background. Captain Payne was the Squadron's Commanding Officer, having earlier developed the AIF Wireless School at Moore Park (NSW). He died of smallpox on 1917-12-10 and was buried in the desert near Sadiyeh. (Donor E. Keast Burke) 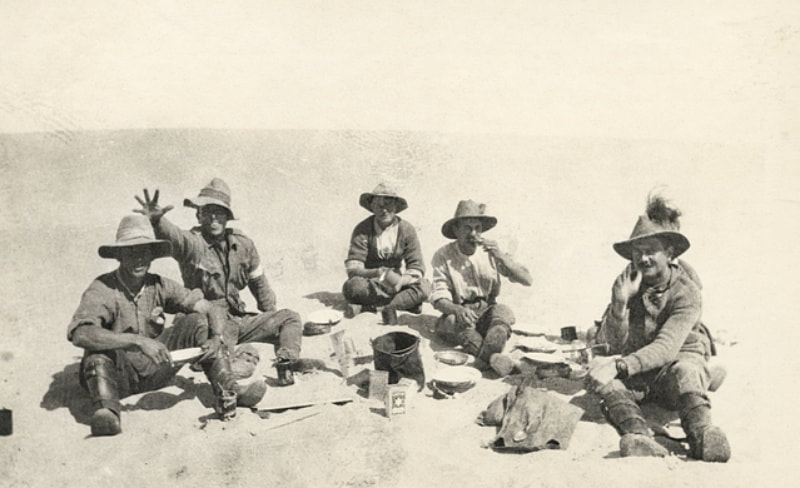 Some of the original grave markers 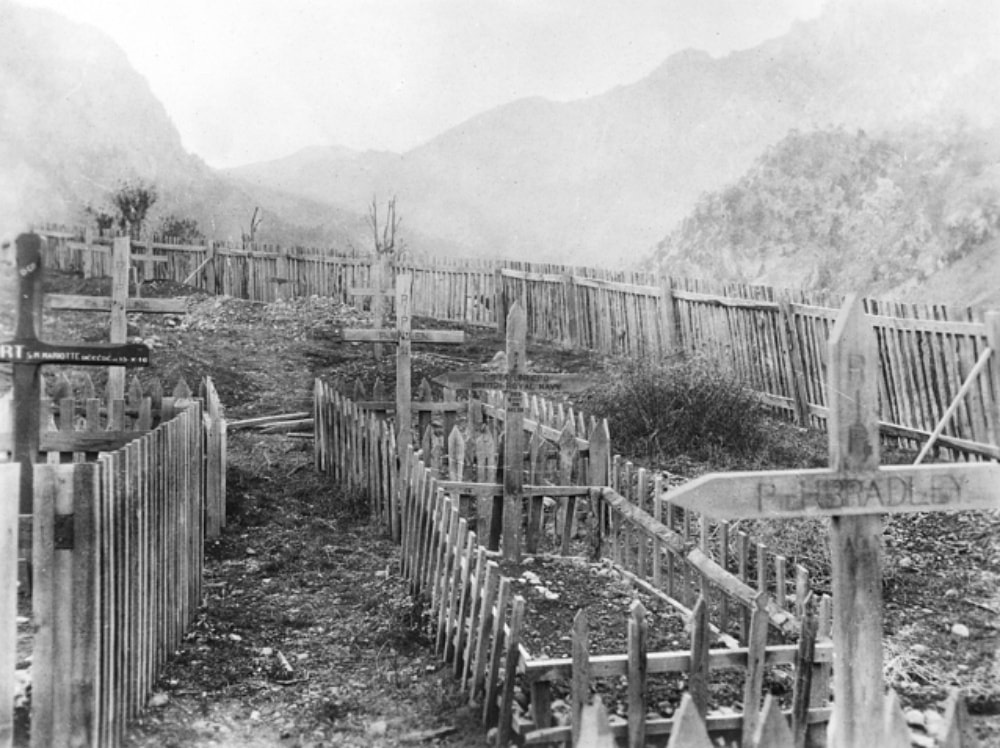 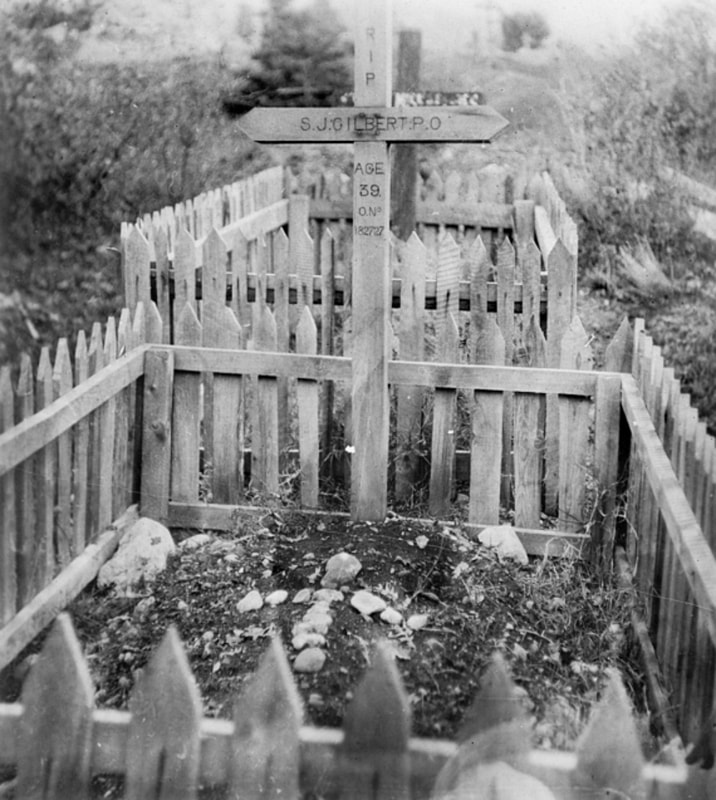 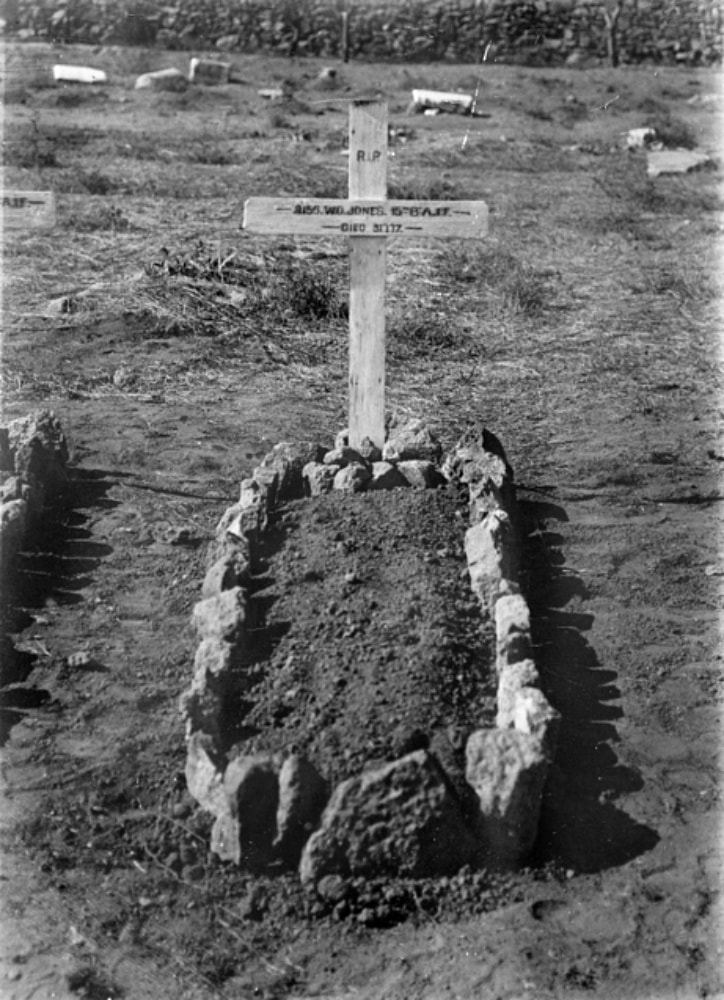 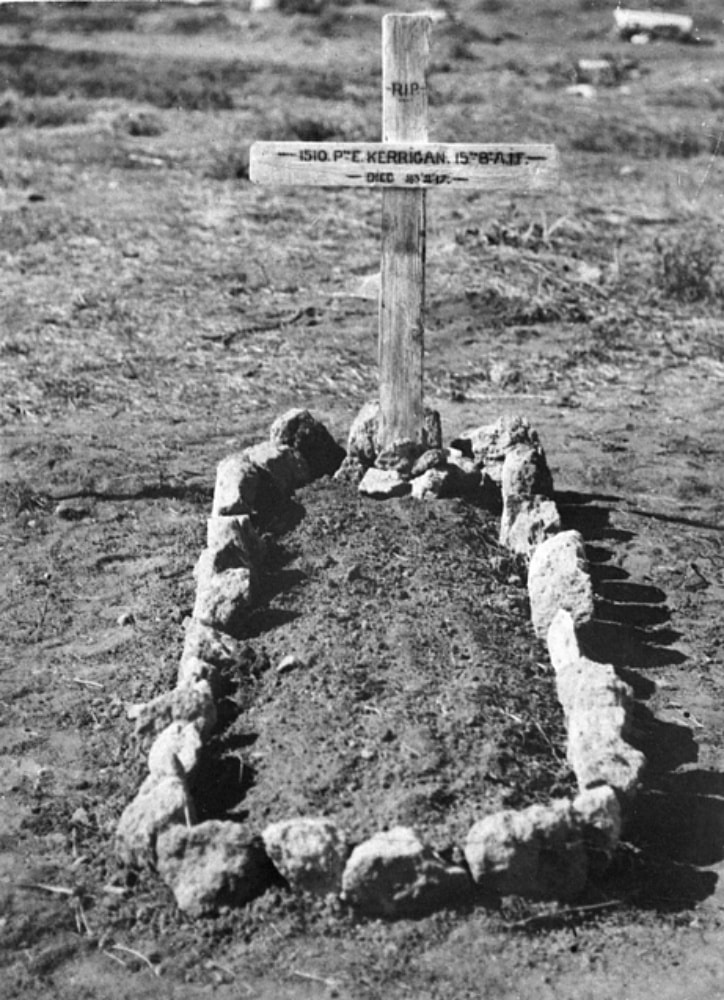 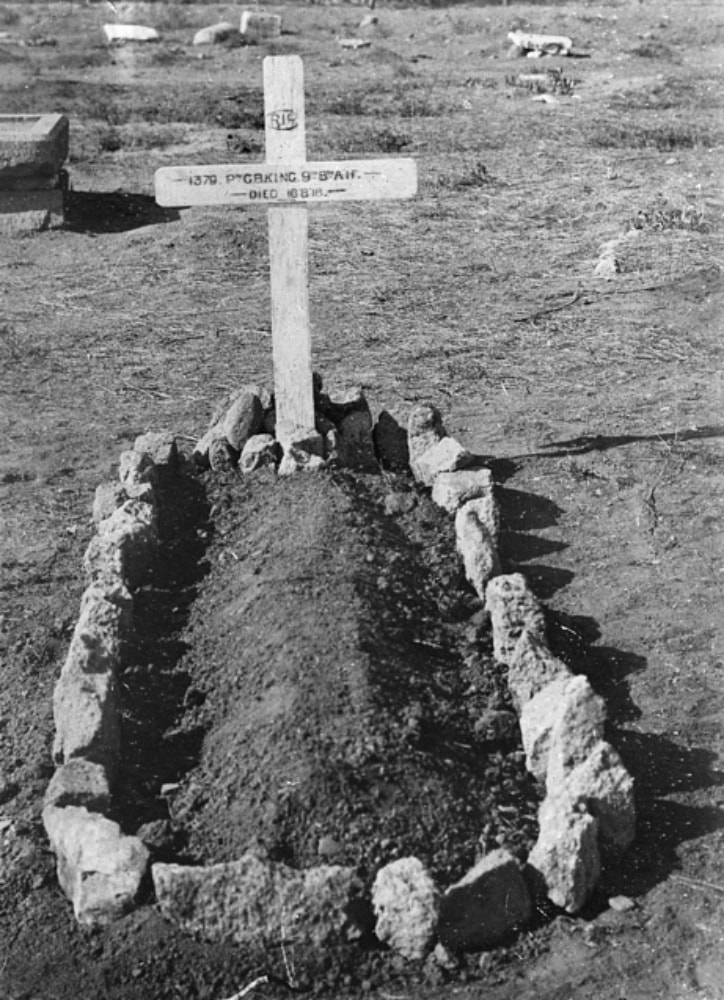 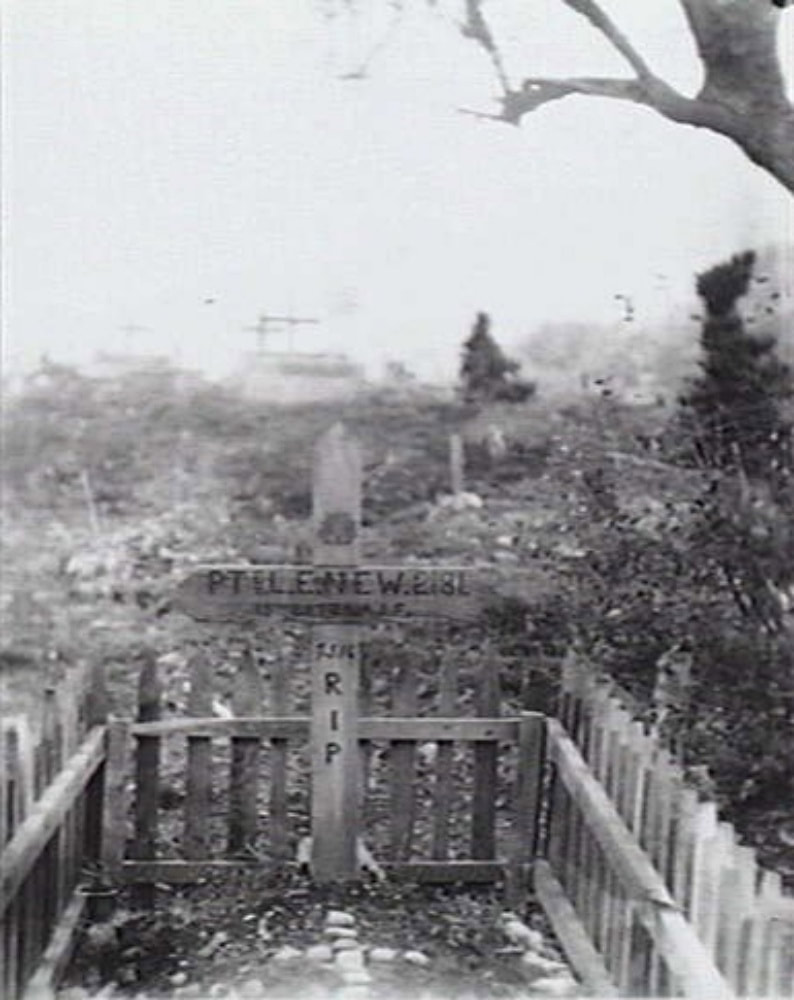 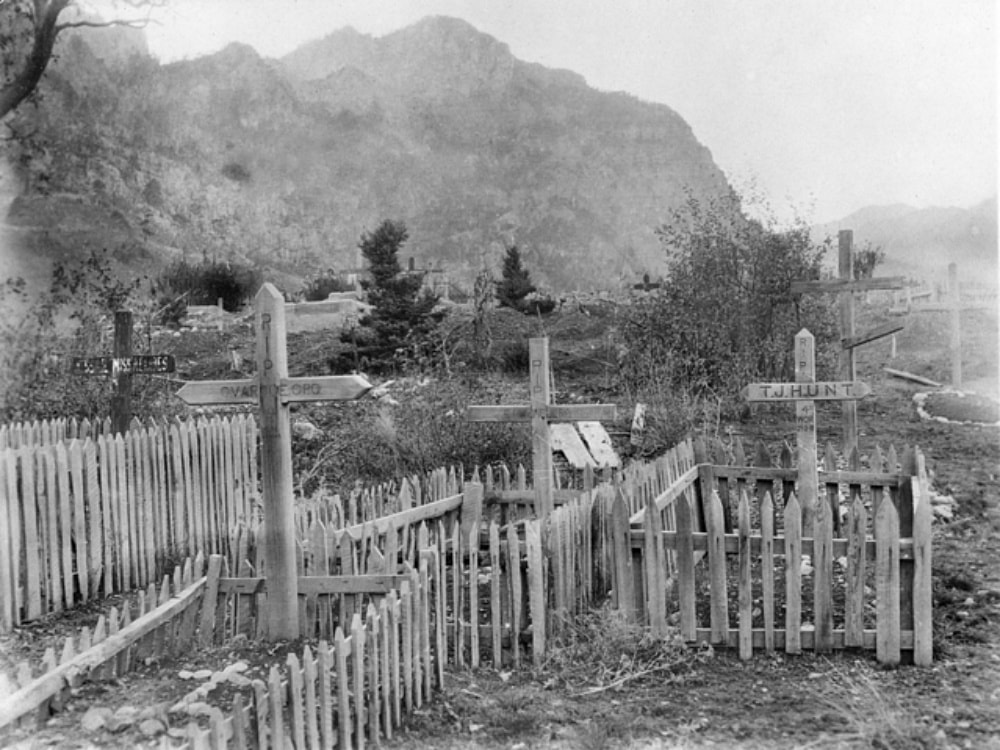