The cemetery was opened in 1876 and was used for the burial of British service personnel and their near relatives. It contains war graves from both world wars. Some of the graves were re-located to this site at a later date (nine from King George V Hospital grounds, two from Trinity College grounds, three from Portobello (Barracks) Cemetery, two from Drogheda (Little Calvary) Cemetery and one from Oranmore Old Graveyard).

The "Leinster" graves are in several trenches in the different denominational plots.

A Screen Wall Memorial of a simple design standing nearly two metres high and fifteen metres long has been built of Irish limestone to commemorate the names of those war casualties whose graves lie elsewhere in Ireland and can no longer be maintained. Arranged before this memorial are the headstones of the war dead buried in Cork Military Cemetery but now commemorated here. 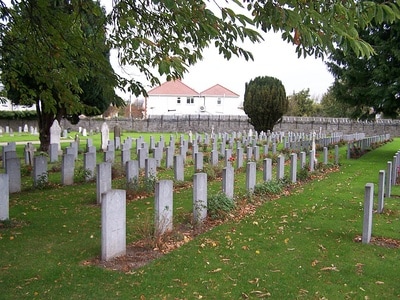 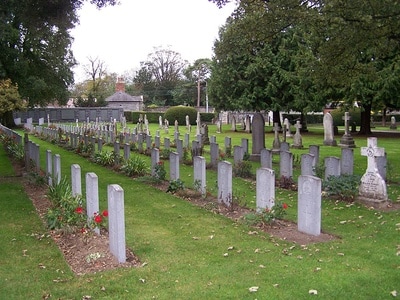