During the First World War there were several battlefield hospitals in Bruneck, in which many wounded and sick soldiers and prisoners of war unfortunately died.

As it was not possible to bury them in the municipal cemetery, the authorities ceded the "Kühbergl", a wooded hill to the south of the town, to the military commanders, in which a suitable place of rest was established. A pioneer officer serving in Bruneck, architect A. Bechtold from Bregenz in Austria, designed the cemetery so that it blended harmoniously into the forest. 669 soldiers of the Austro-Hungarian army, plus 103 Russian, 13 Serb and 7 Romanian soldiers are laid to rest here in individual and mass graves.

19 German soldiers from the Second World War who lost their lives in bombing raids also lie here, together with an Italian officer and five citizens of Bruneck, who fell nearby in the final days of the war and were brought here. The war cemetery is taken care of by a ladies' committee, who give equal attention to every grave. 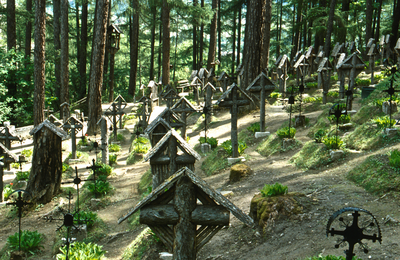 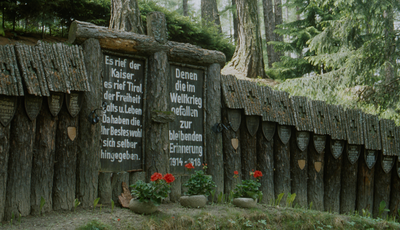 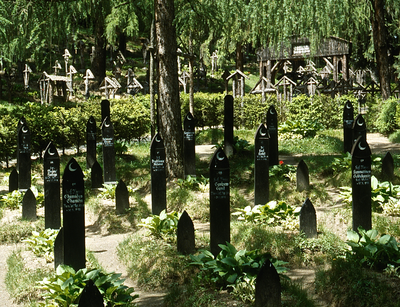 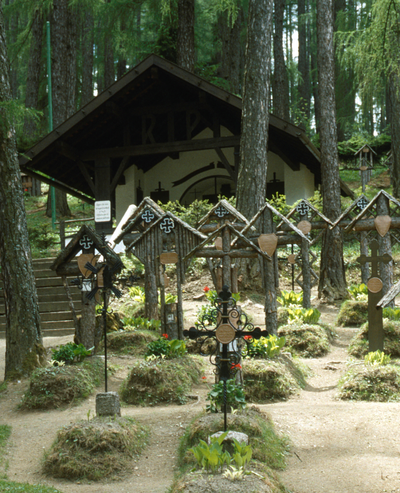