Giavera is 12 kilometres east of Montebelluna and 20 kilometres west of Conegliano on the S248, the road that joins the two towns. Take the Treviso Nord exit from the A27 in the Spresiano - Giavera direction then follow the signs to the cemetery. The cemetery is 1 kilometre from the village, on the hill Montello.

The cemetery is always open and can be access at any time.

On 4 December 1917, the XIth and XIVth British Corps relieved the Italians on the Montello sector of the Piave front, with the French on their left. The Montello sector acted as a hinge to the whole Italian line, joining that portion facing north from Mount Tomba to Lake Garda with the defensive line of the River Piave covering Venice, which was held by the Third Italian Army.

The Commonwealth troops on the sector were not involved in any large operations, but they carried out continuous patrol work across the River Piave, as well as much successful counter battery work. In January 1918, an additional sector of the defence on the right was taken over by the Commonwealth troops. Between December and March the Royal Flying Corps carried out a large number of successful raids on enemy aerodromes, railway junctions, and other objectives. Sixty-four hostile aeroplanes and nine balloons were destroyed during this period against British losses of twelve machines and three balloons.

In March 1918, the Commonwealth troops on the Montello sector were relieved. Three Divisions (7th, 48th and 23rd) took over the Asiago sector in the mountains north of Vicenza, and two Divisions (5th and 41st) were despatched to France. In October, the 7th and 23rd Divisions were withdrawn from the Asiago Plateau to take over the northern portion of the XIth Italian Corps front from Salletuol to Palazzon, on the River Piave. These Divisions took a prominent part in the Passage of the Piave (23 October-4 November 1918) during the final Battle of Vittorio-Veneto. On 4 November the Armistice came into effect, and active hostilities ceased.

Men who died in defending the Piave from December 1917, to March 1918, and those who fell on the west of the river during the Passage of the Piave, are buried in this cemetery.

Within the cemetery stands the GIAVERA MEMORIAL, which commemorates more than 150 members of the Commonwealth forces who died in Italy in 1917 and 1918 and whose places of burial are unknown.
​ 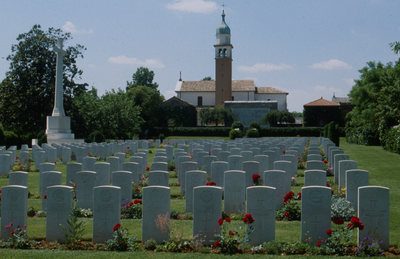 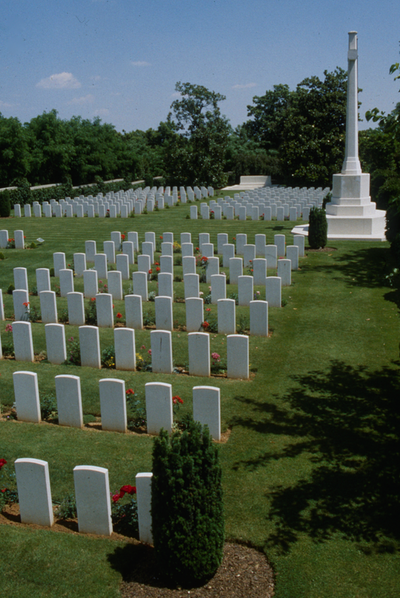 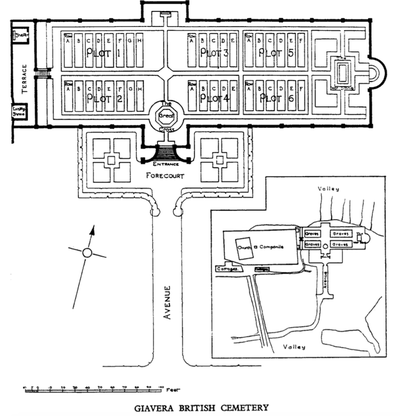 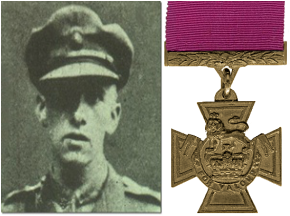 An extract form the "London Gazette," dated 25th July, 1918, records the following:- "For most conspicous bravery and devotion to duty during enemy attacks when in command of a patrol, which came under hostile barrage. Sending his men back to safety, he remained to observe the situation. Unable subsequently to rejoin his company, Second Lieut. Youll reported to a neighbouring unit, and when the enemy attacked he maintained his position with several men of different units until the troops on his left had given way and an enemy machine gun had opened fire from behind him. He rushed the gun, and, having killed most of the team, opened fire on the enemy with the captured gun, inflicting heavy casualties. Then, finding that the enemy had gained a footing in a portion of the front line, he organised and carried out with a few men three seperate counter-attacks. On each occasion he drove back the enemy, but was unable to maintain his position by reason of reverse fire. Throughout the fighting his complete disregard of personal safety and very gallant leading set a magnificent example to all." 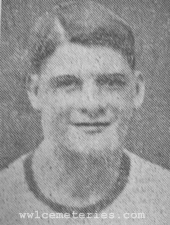