Location Information
Italy's largest war memorial rises from the western face of the Mont Sei Busi at Redipuglia, just inland from the Gulf of Trieste. During the War, this area was bitterly fought over. Though it is not very high, Sei Busi allows outstanding views from its summit, up to the first slopes of the Carso plateau.

Here on monumental terraces are buried the remains of 100,187 fallen: 39,857 known and 60,330 unknown.
At the main monument's lowest level stands the impressive resting place of the Duke of Aosta, Commander of the Third Army which fought in this area during the War. The placement gives the impression of the deployment on the battlefield of a great military force with its leader at its head. The Duke, who died in 1931, was laid here in accordance with his wish to lie amongst his soldiers. His grave is covered with a 75-ton monolith of porphyry.

From this level begin rising the terrace containing the remains of the 40,000 known soldiers who fell during the war, and whose names are inscribed in individual plaques of bronze. On the topmost terrace, in two large common graves that flank the votive chapel, lie the remains of 60,000 unknown soldiers. Close by are the graves of 72 sailors, and 56 frontier guards.

At the summit of the monument rise three large bronze crosses, symbols at once of the ultimate sacrifice and of the hope of ascension to God. Behind the votive chapel is a small museum and gift shop and observation deck.
Just to the south lies the Hill of St. Elia, once the site of the old cemetery which was the first war memorial of Redipuglia. The hill has been transformed into a Garden of Remembrance. The monument at the top, which commemorates the dead of all wars, rises a simple but evocative monument created from the fragment of an ancient Roman column. Pleasant walking paths with military equipment on display lead the visitor to former communication trenches, caves, trenches, machine gun and mortar positions of the original defense system created by the Austrian forces that stoutly defended the position.

About one km west from Redipuglia is a well-maintained cemetery with the remains of 14,406 Austro-Hungarian soldiers who fell during the war, and whose remains have been transferred from a number of graveyards in the area.
The information above was provided by the Italian Ministry of Defence.
Architect Giovanni Greppi; Sc: Giannino Castiglioni, 1938. 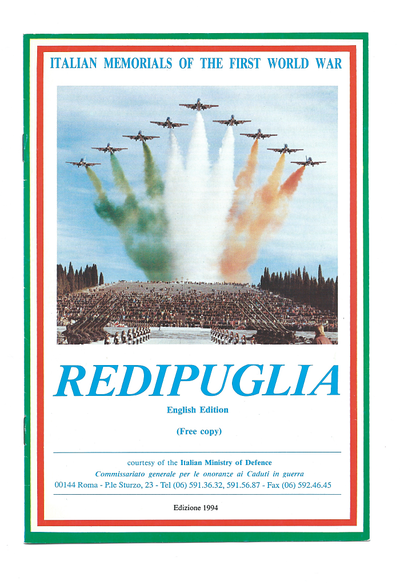 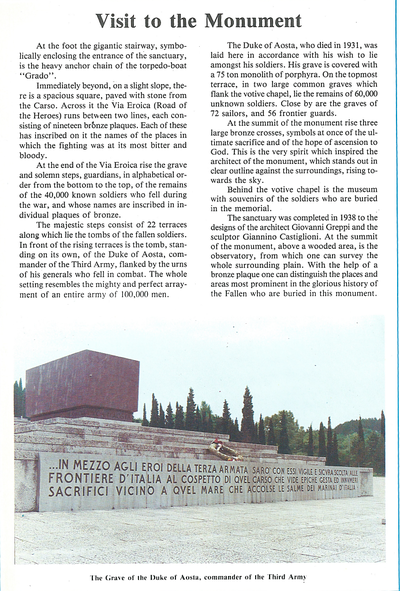 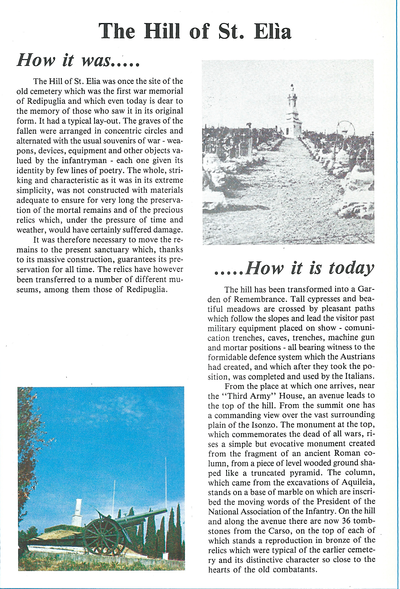 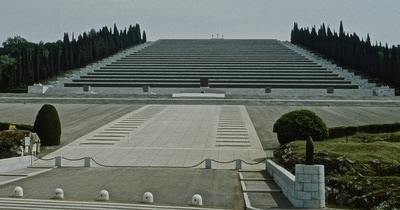 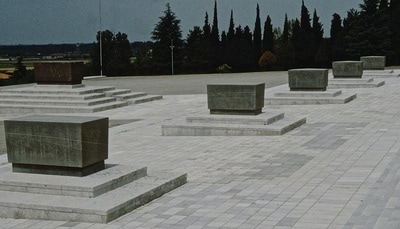 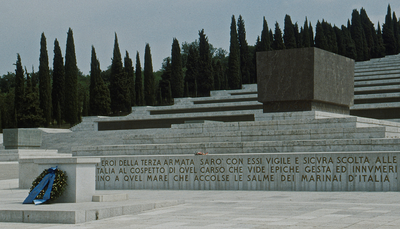 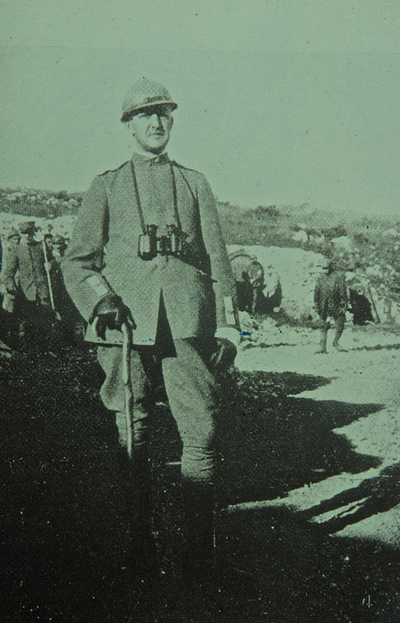 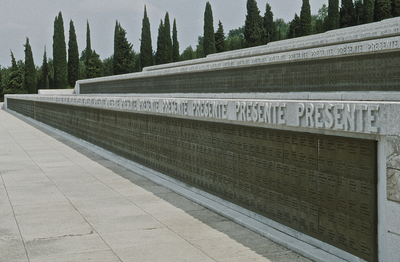 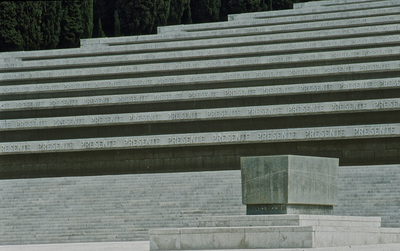 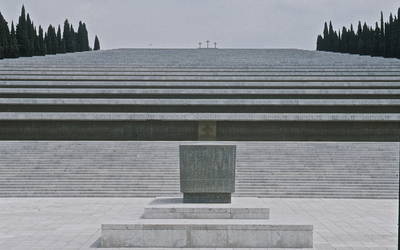 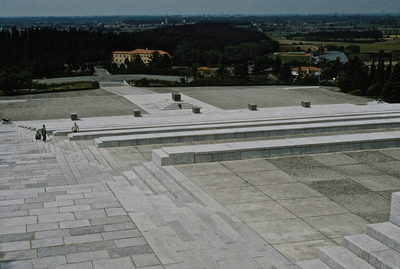 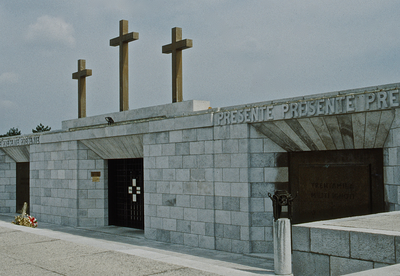 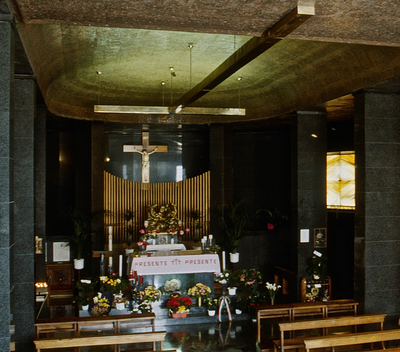 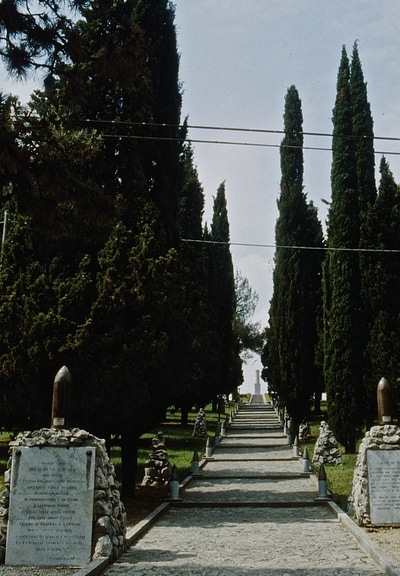 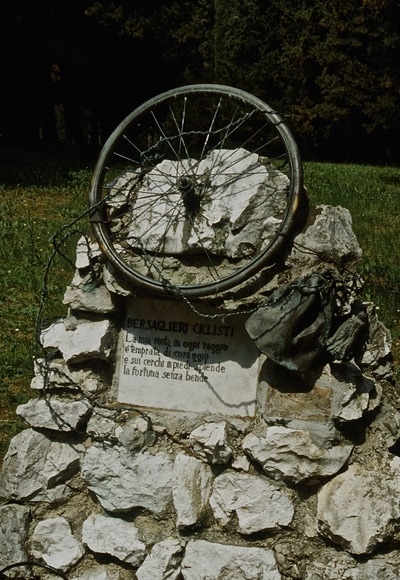 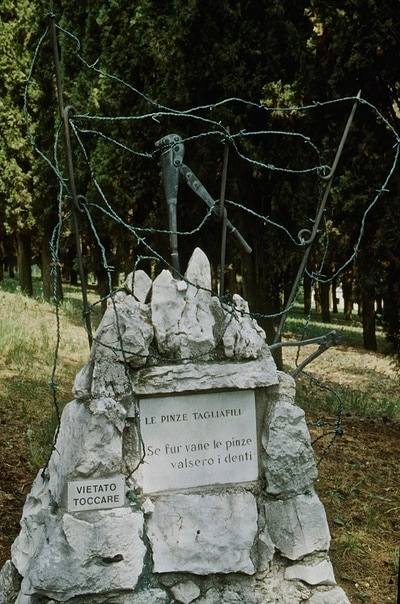 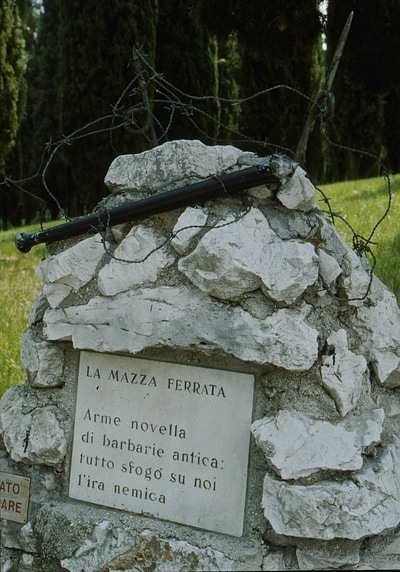 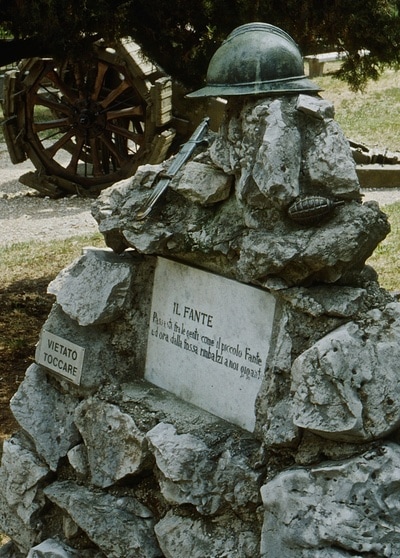 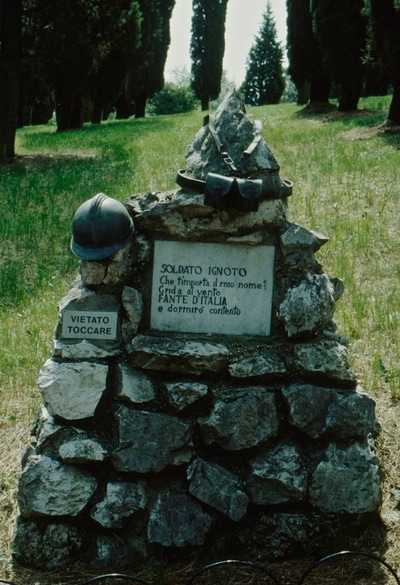