The cemetery lies to the south of Brussels centre in the commune of Ixelles (Elsene). From the Brussels inner ring road turn off at Louizaplein and follow the Louizalaan to the end. At the end of the Louizalaan bear left into Emile De Motlaan. At the first junction turn left into Boulevard de la Cambre. At the next junction take the second left onto Boulevard General Jacques (the tram route runs along the centre of this road). At the third junction turn right into Jaargetijdenlaan and follow this road to the roundabout where the main entrance to the cemetery leads off the roundabout. Go through the main entrance and at the first roundabout turn left into the Avenue No 2. Follow this road to the next roundabout and go straight over. The graves are located on the right, in Block A.

The Commonwealth servicemen buried in Ixelles Communal Cemetery died as prisoners of war, and are buried in a "pelouse d'honneur" with Belgian, French, Russian and Italian soldiers.

The cemetery contains 13 Commonwealth burials of the First World War. 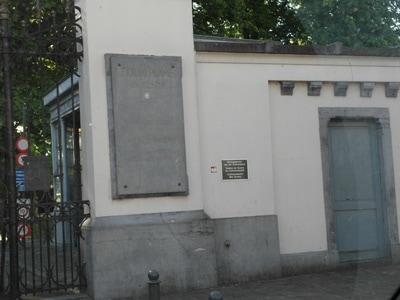 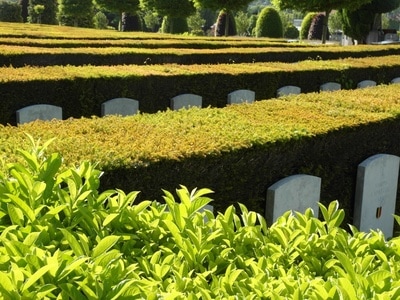 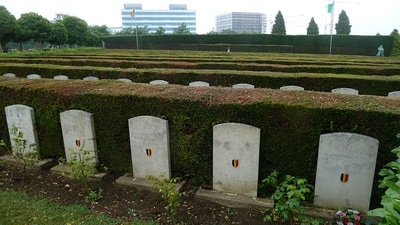 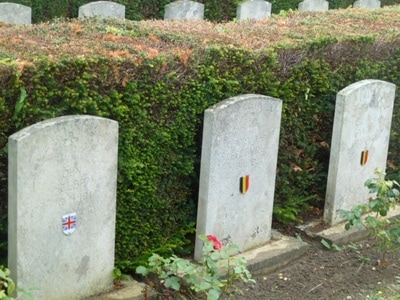 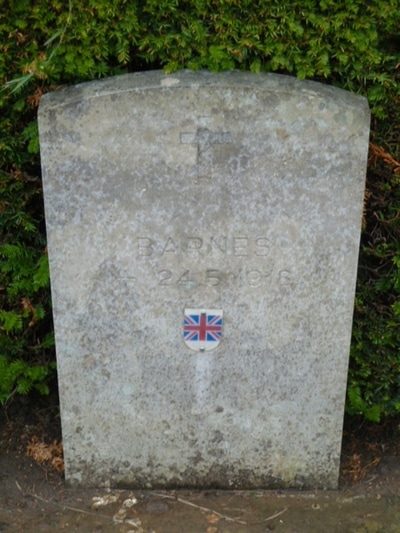 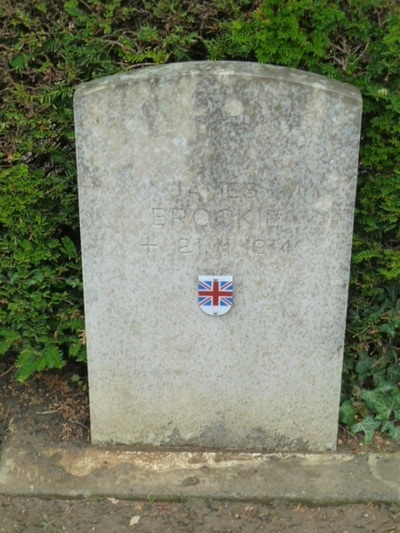 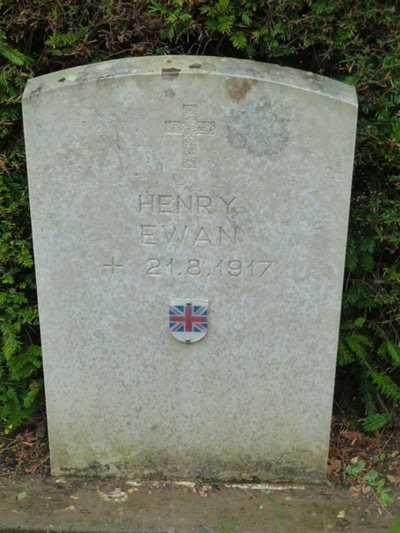 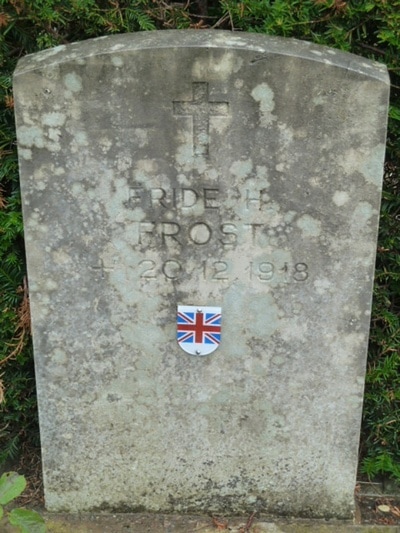 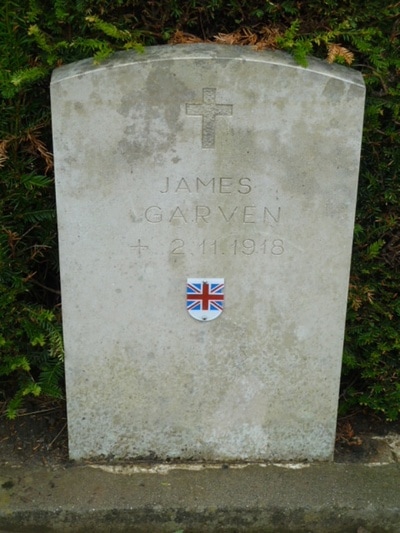 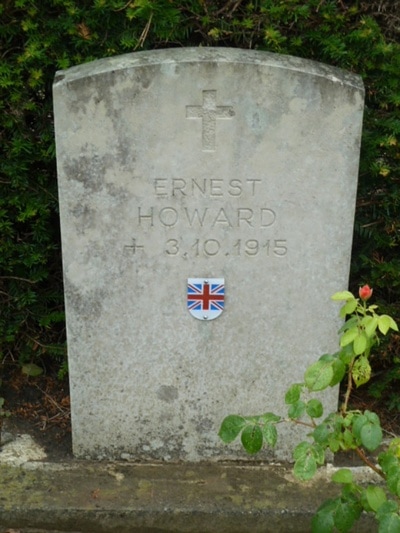 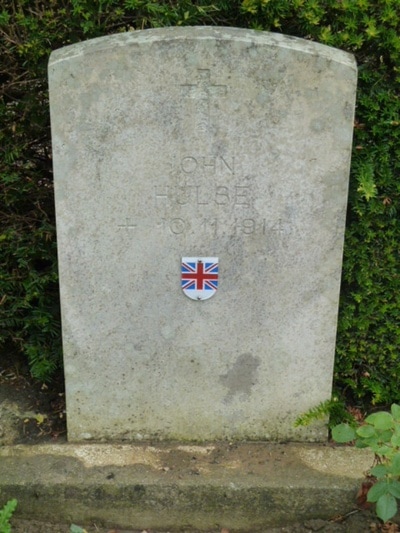 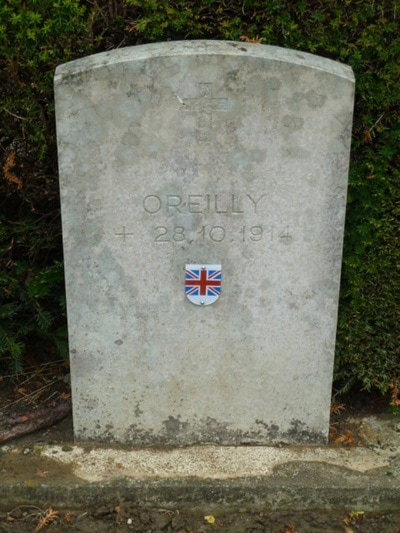 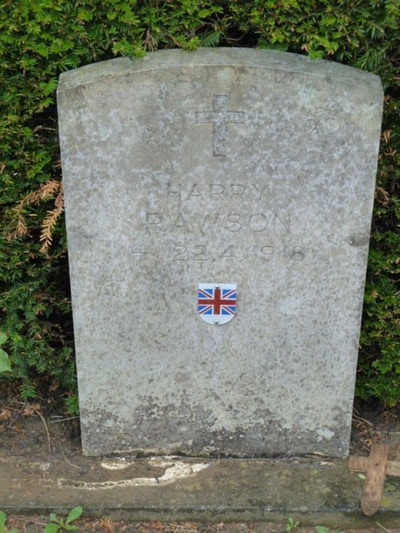 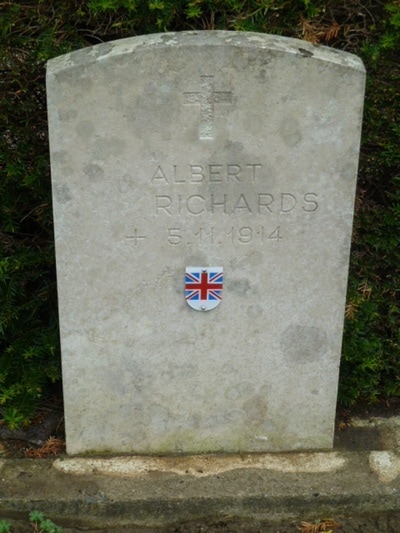 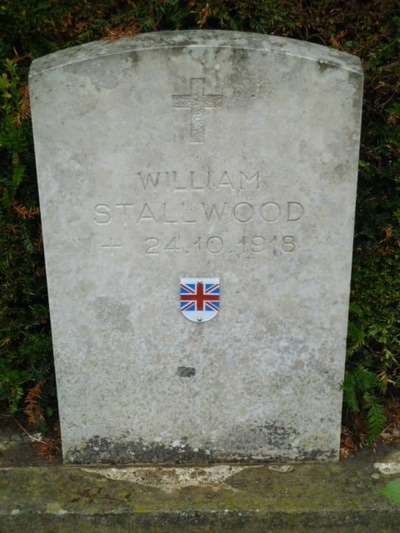 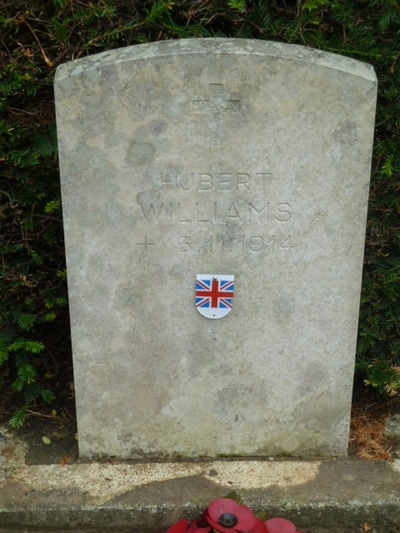 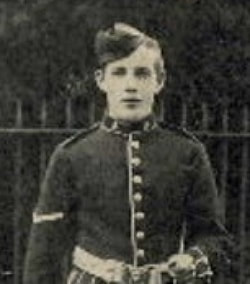 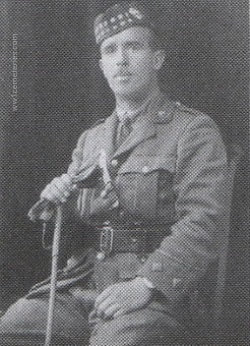 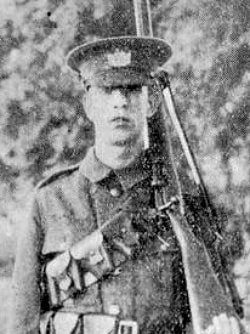 
Son of George and Deborah Richards, of Charfield, Glos. 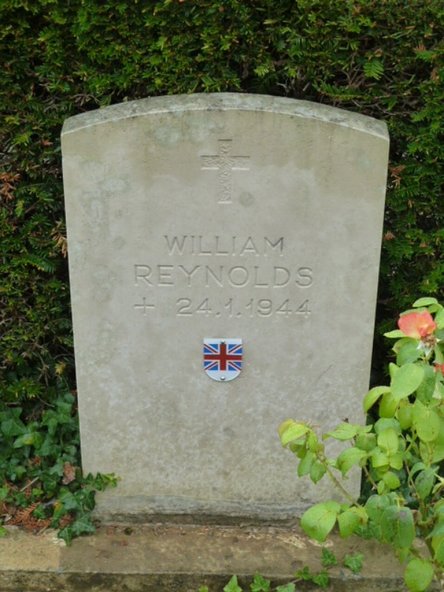 Born in Brighton on 11 May 1890, William Reynolds joined the 16th Queen's Lancers at the start of the Great War. After the Armistice, he married his nurse, Honorine, and stayed in Belgium in the inter-war years, running a café-cum-boarding house in Middelkerke on the coast.

When World War II broke out, he and his wife decided to remain in occupied Belgium. He became an active member of the Comete Line, the famous escape organisation. Arrested in January 1942, he was executed in Germany on 24 January 1944. His remains were brought back to the Ixelles/Elsene Communal Cemetery, Brussels, where he rests in the Belgian Pelouse d'Honneur/Ereperk.