Voi is a small town approximately 160 kilometres from Mombasa and is just north of the main highway between Nairobi and Mombasa.

Voi is reached by turning off the main highway and following the minor road to Voi centre. The cemetery is approximately 400 metres east of the railway station and there is a Commission sign opposite the entrance. The cemetery is surrounded by a green metal pale fence and is set back a small distance from the road.

The origin of the cemetery can be traced back to the burial of a civilian engineer (Mr. O'Hara) in 1899, who was killed by one of the famous 'Man-eaters of Tsavo'. It now contains 137 Commonwealth burials of the First World War, one of which is unidentified. The Commission also has responsibility for six non-war burials in the cemetery. 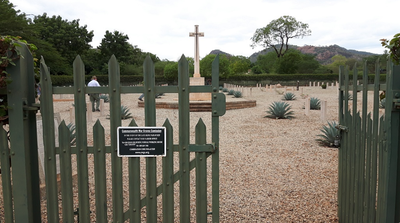 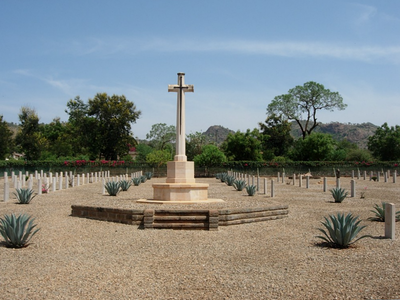 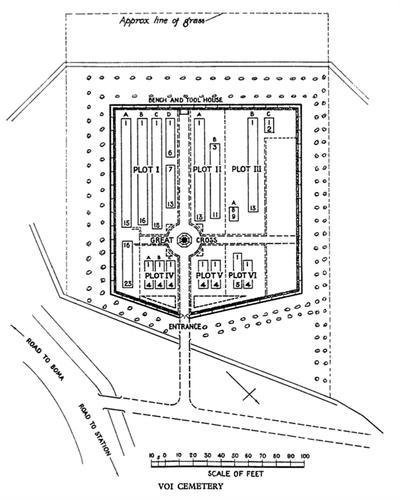 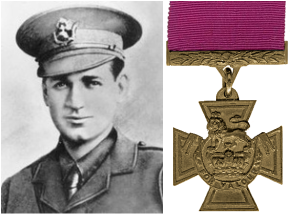 Citation: An extract from "The London Gazette," dated 23rd Dec., 1915, records the following.- "For most conspicuous bravery near Maktau (East Africa) on 3rd September, 1915. During a mounted infantry engagement the enemy got within a few yards of our men, and it was found impossible to get the more severely wounded away. Lieutenant Dartnell, who was himself being carried away wounded in the leg, seeing the situation, and knowing that the enemy''s black troops murdered the wounded, insisted on being left behind in the hopes of being able to save the lives of the other wounded men. He gave his own life in the gallant attempt to save others."