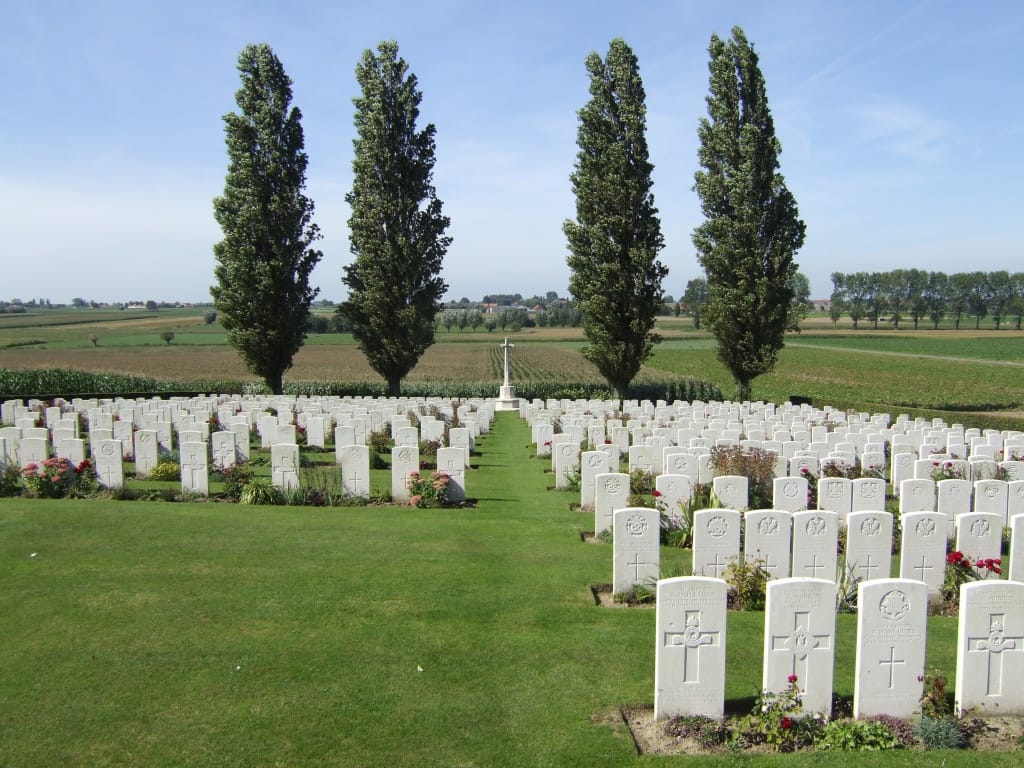 Klein-Vierstraat British Cemetery is located 6 Kms south-west of Ieper town centre, on the Molenstraat, a road branching from the Kemmelseweg (joining Ieper to Kemmel N331).

The village of Kemmel and the adjoining hill, Mont Kemmel, were the scene of fierce fighting in the latter half of April 1918, in which both Commonwealth and French forces were engaged.

The cemetery was begun in January 1917 and Plots I to III were made by field ambulances and fighting units before the middle of January 1918. Plot IV was begun in April 1918. After the Armistice, graves were brought into Plot I, Row H, and Plots IV to VII, from two smaller cemeteries (FERME HENRI PATTYN-VANLAERES, Poperinghe and MONT-VIDAIGNE MILITARY CEMETERY, Westoutre) and from the battlefields of Dikkebus, Loker and Kemmel. 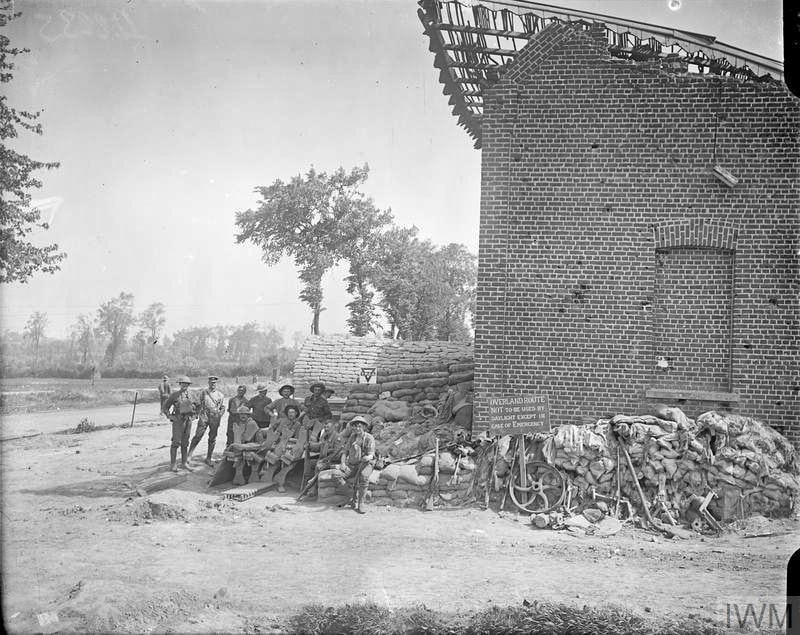 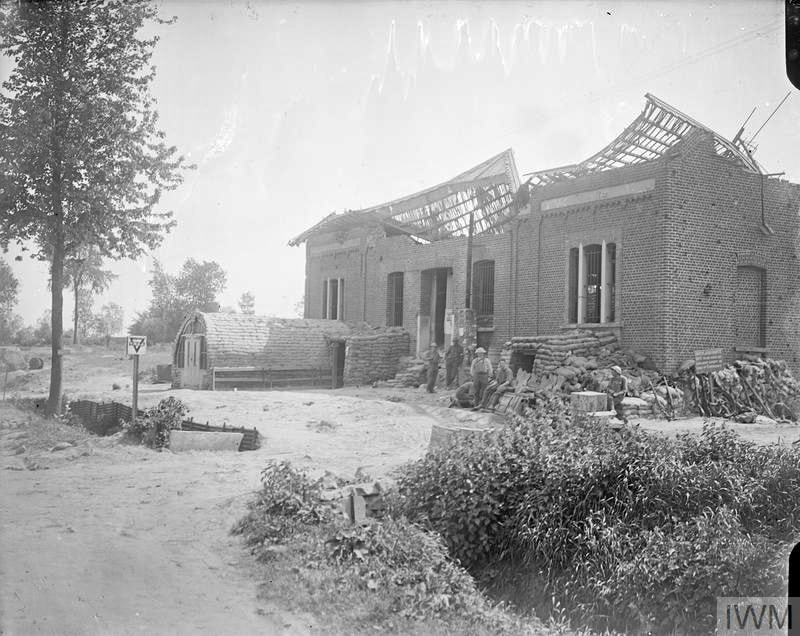 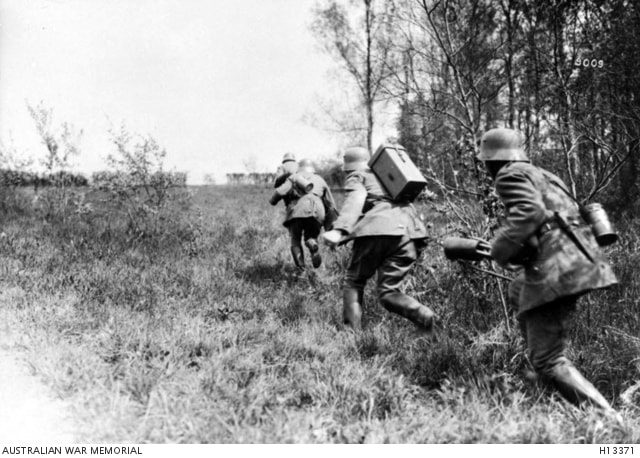 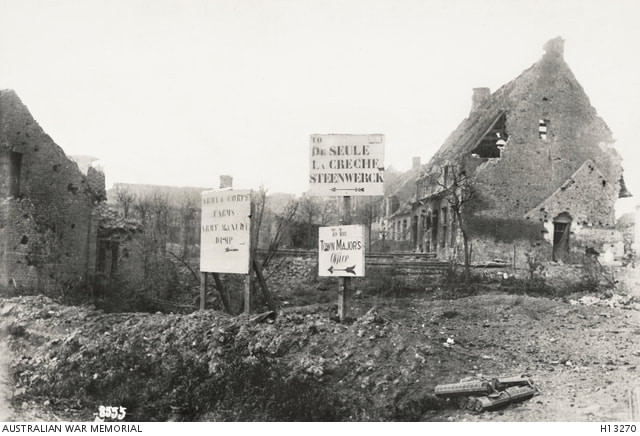 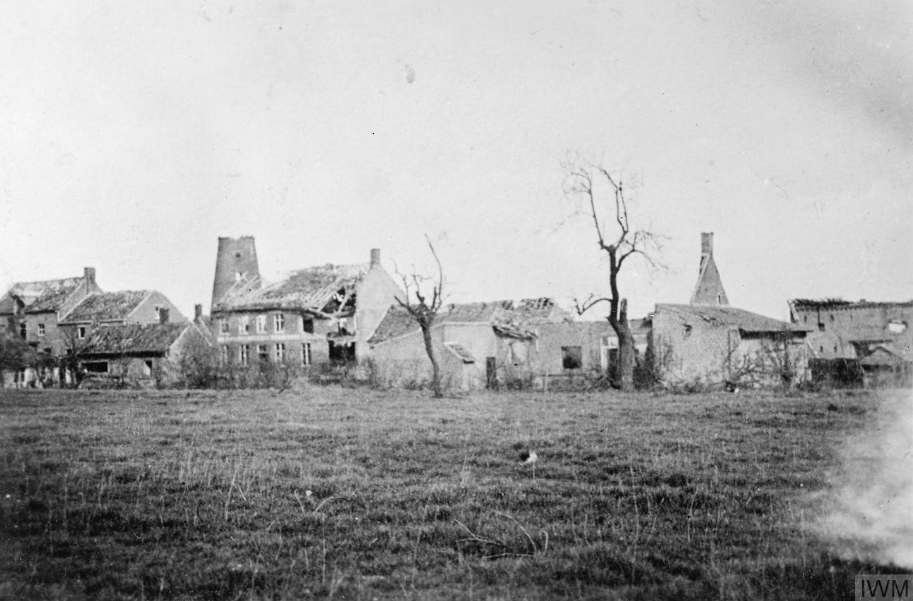 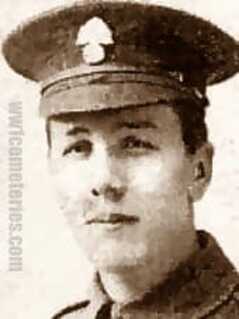 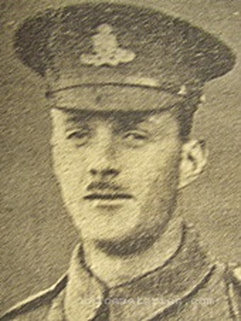 Thomas lived in Burnley and was Assistant Master at St. Mary's R.C. Boys School. He was awarded the Military Medal for extinguishing a fire at an ammunition dump in France.

His parents received the following letter from Major A. R. Carr:

"Dear Mr. Dagg, it is with very deep regret that I must write and tell you of the death of your son. He was killed last night by the bursting of a shell only a few yards away. He was in charge of his gun at the time, and was actually firing. I, together with the officers under my command, sympathise most deeply with you on your great loss. He has done most excellent work since he came out with the battery, and we can ill afford to lose him. Under fire he always seemed to be fearless, and his example to his men was splendid. He was buried this afternoon with two others of his comrades in a military cemetery about two miles from the battery position, and I have made a careful note of the spot." 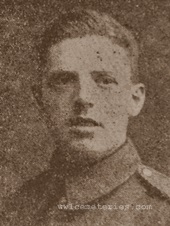 Lane was a Joiner at Stanworth's, Barden Lane, Burnley prior to enlisting and a Bugler in the St Andrew's Scout Troop.
His parents received the following letter from his Captain, written the day after his death:

"Your son was killed in action yesterday. His loss will be greatly felt in the company, and by me personally, as he had just been promoted, and was doing good work, when he was suddenly taken from us. Your son suffered no pain and was buried this morning in a village near by."

"He died doing his duty like a brave man." 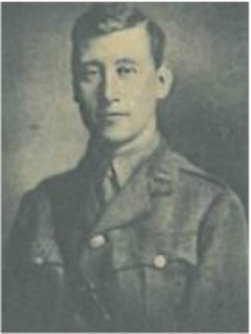 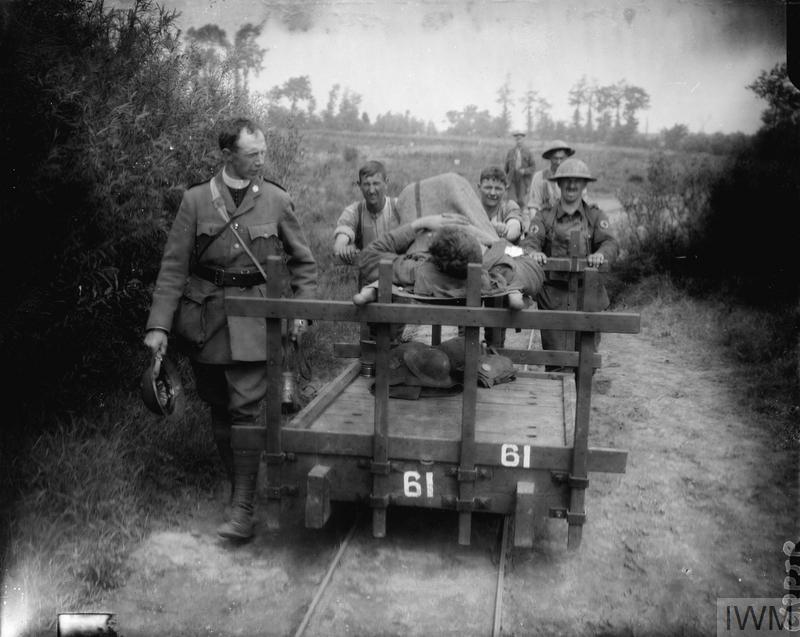 A wounded man on a stretcher is put back on to the trolley to be taken to the rear. By the side of the trolley walks a military chaplain. Near Kemmel, 10 June 1917. © IWM (Q 5626)
Pictures in gallery below © Werner Van Caneghem 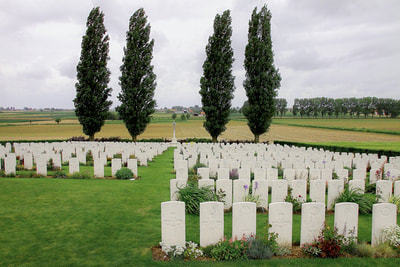 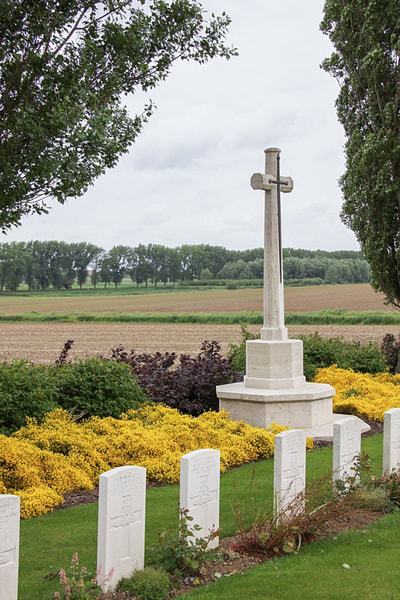 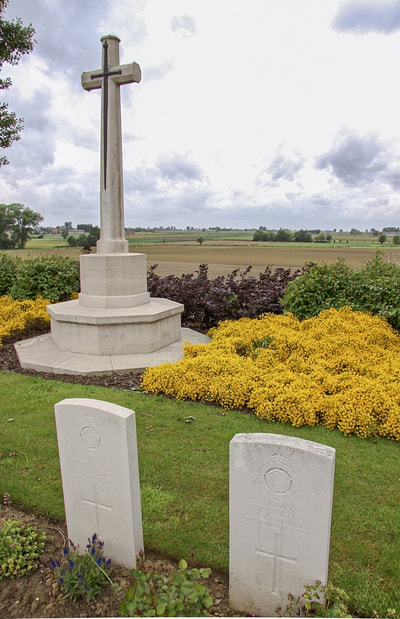 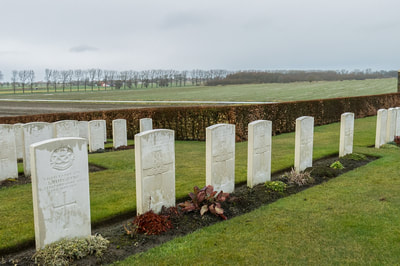 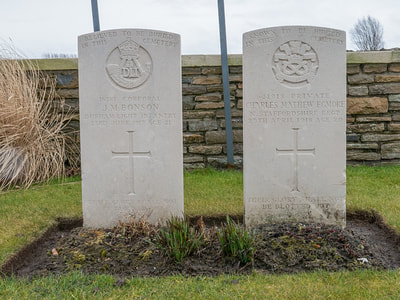 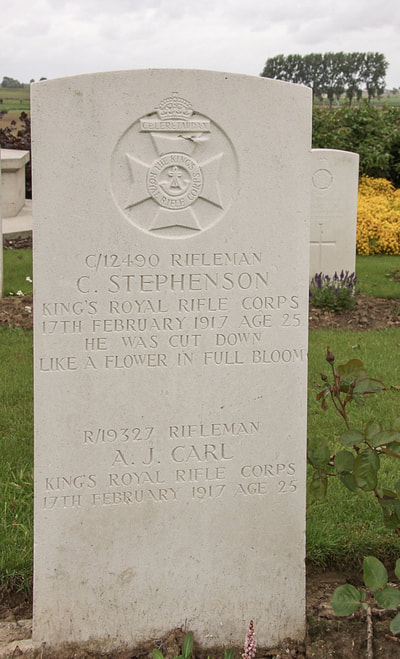 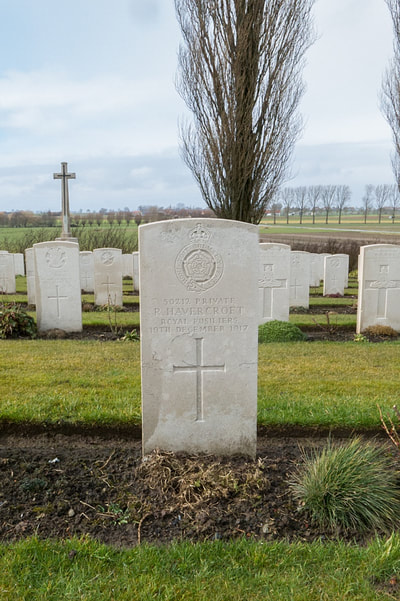 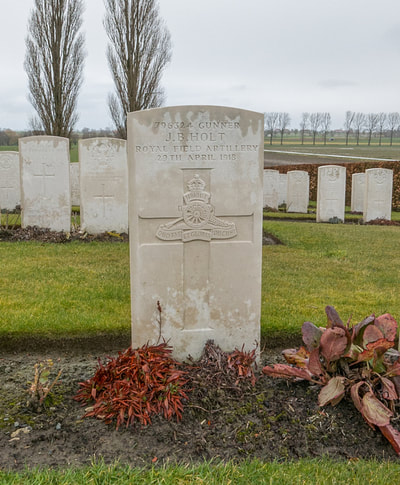 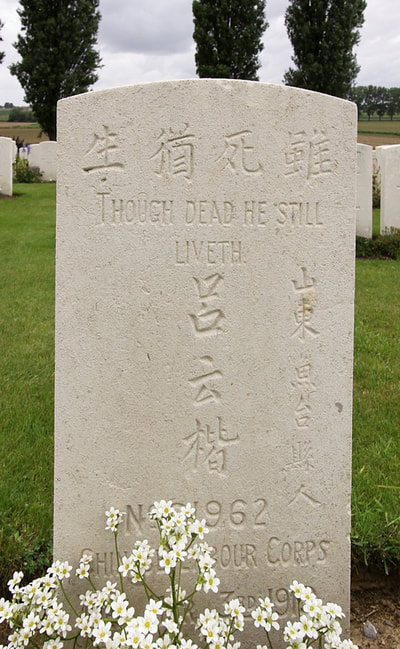 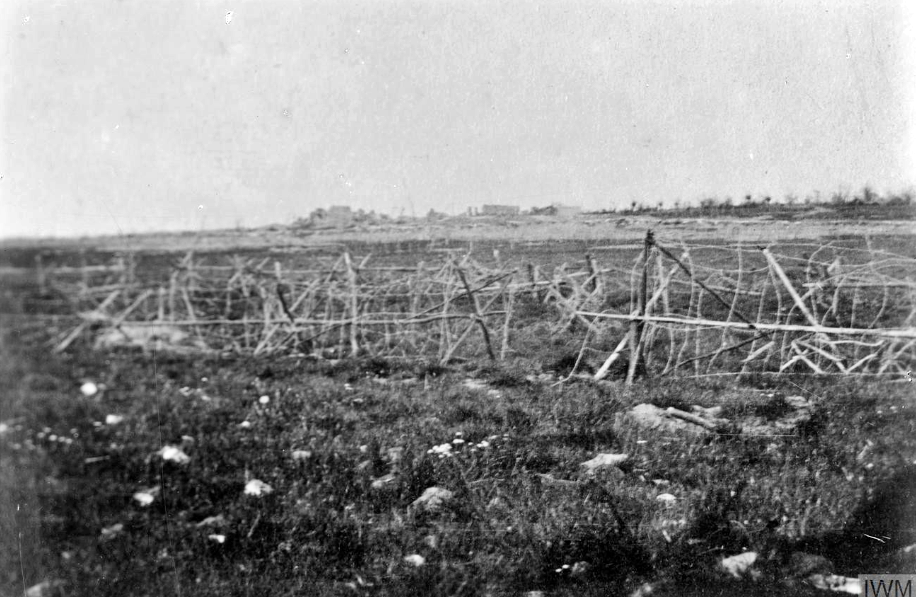 German lines from M1 trench, Vierstraat Area, spring 1915. In the distance, Hollandscheschur Farm, the shelling of which by British Artillery was witnessed by H. M. the King of the Belgians on February 8th, 1915. © IWM (Q 50449) 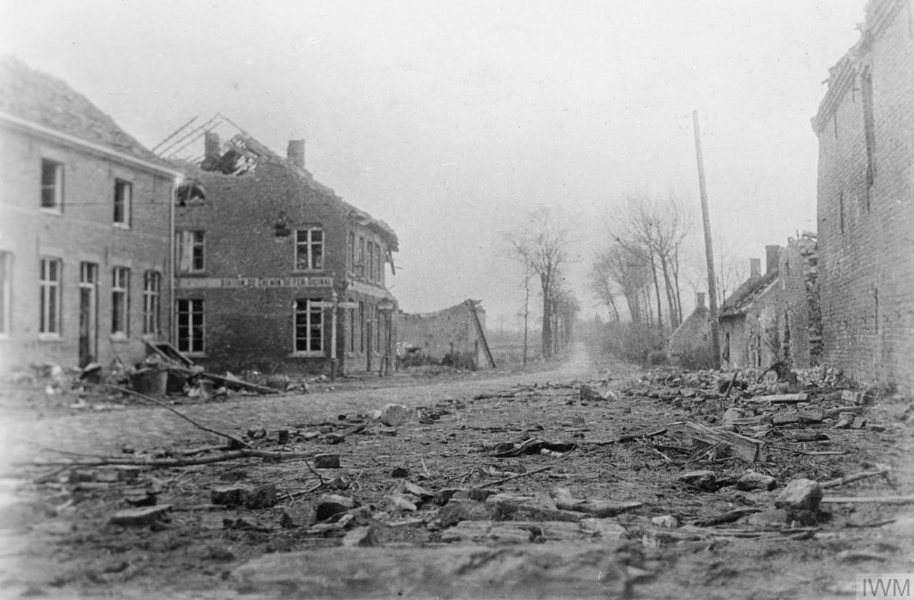 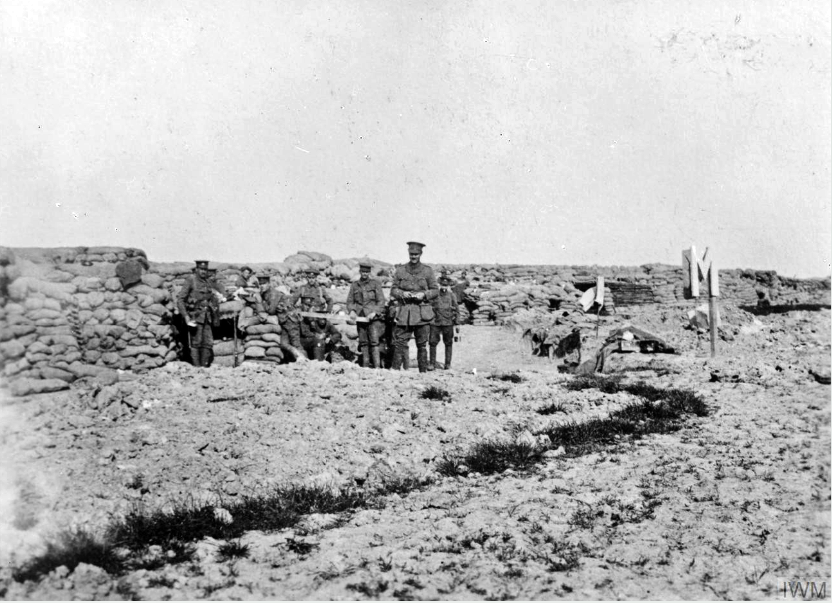 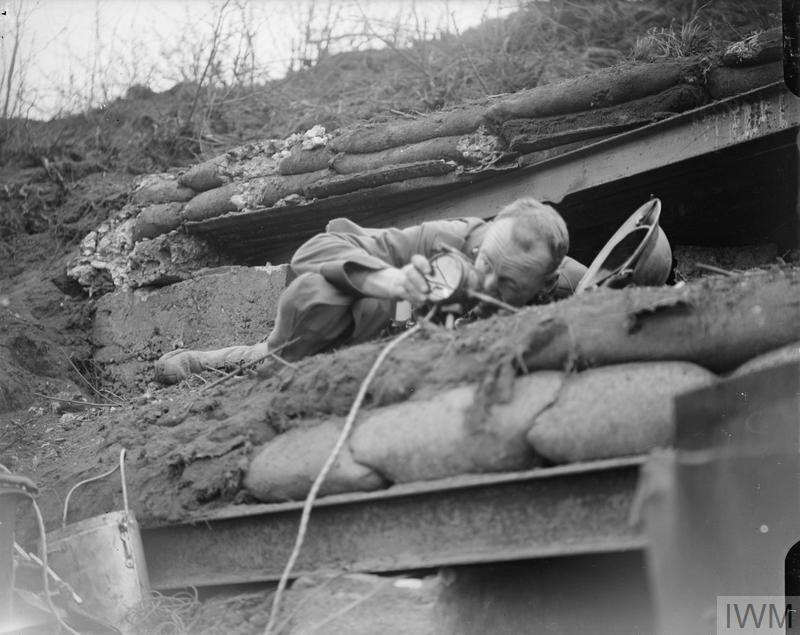 The Battle of the Lys. Royal Artillery Observation Officer setting his lamp to signal back to his battery the results of firing. Kemmel, 22 April 1918. © IWM (Q 7872)