Estaires and La Gorgue are adjacent villages about 10 kilometres south-west of Armentieres and 15 kilometres north-north-east of Bethune. The Cemetery is south of the village of La Gorgue and a little east of the road from that village to Lestrem.

La Gorgue was for some years an Allied railhead and a field ambulance station. From 10 April to the middle of September 1918 it was in German hands.

La Gorgue Communal Cemetery was used for burials from October 1914 to December 1917, and again in September and October 1918.

The cemetery contains 144 Commonwealth burials of the First World War, one of which is unidentified. There are also seven burials from the Second World War (one of them unidentified) and three German graves.

The Commonwealth plot was designed by N A Rew. 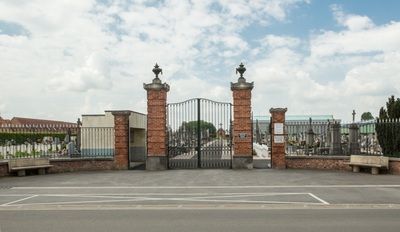 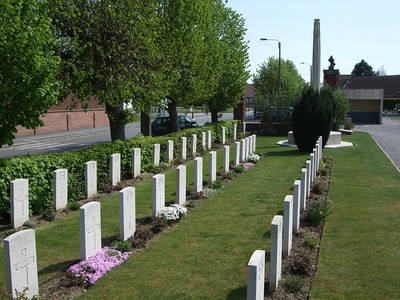 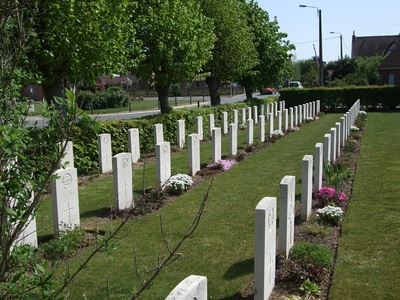 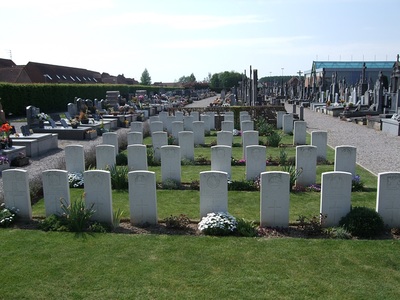 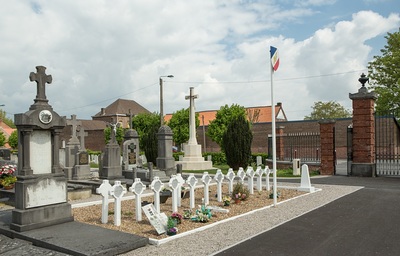 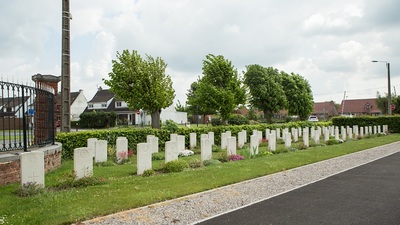 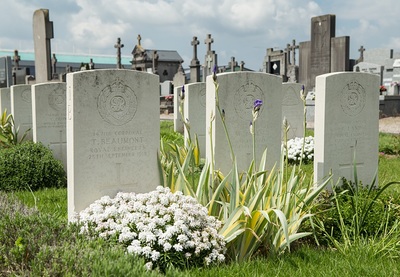 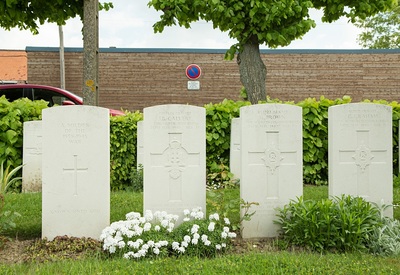 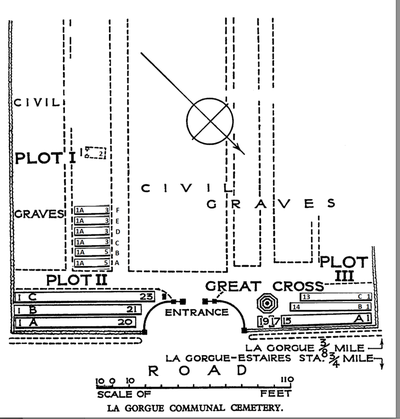 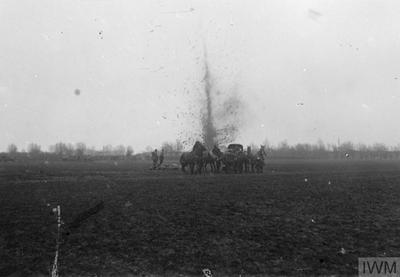 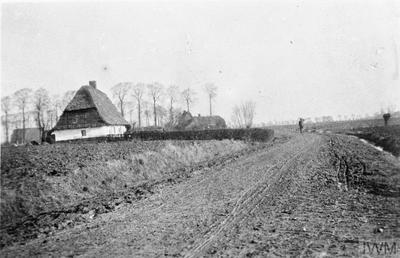 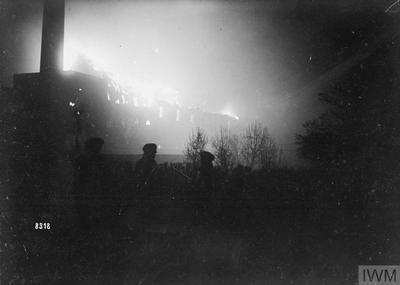 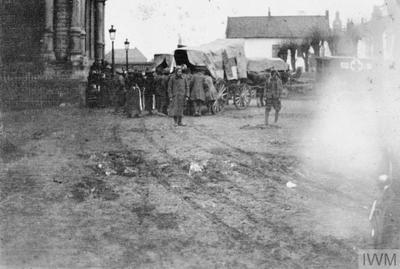 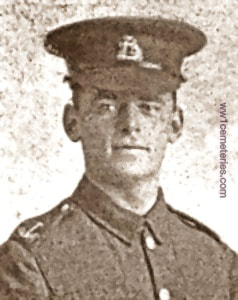 Son of Arthur and Selina Gale, of 18, Tilehurst Rd., Reading. 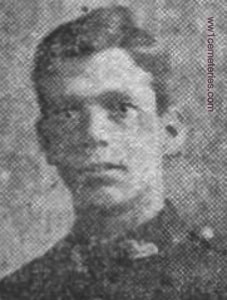 Son of John and Mary Ann Goulden, of Manchester.

His headstone bears the inscription; "May His Soul Through The Mercy Of God Rest In Peace." 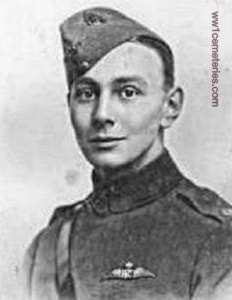 Son of Leo H. and Lily A. Gunnery, of Glengarry, Thames Ditton, Surrey.

​His headstone bears the inscription; "Grant Him Eternal Rest And May Everlasting Light Shine Upon Him." 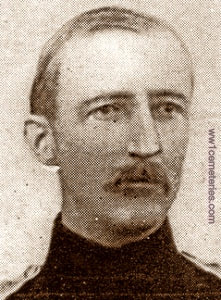 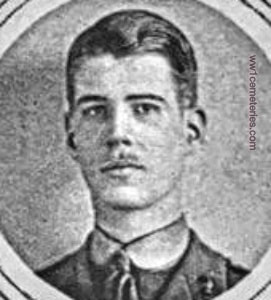 His headstone bears the inscription; "I Thank My God On Every Remembrance Of You." 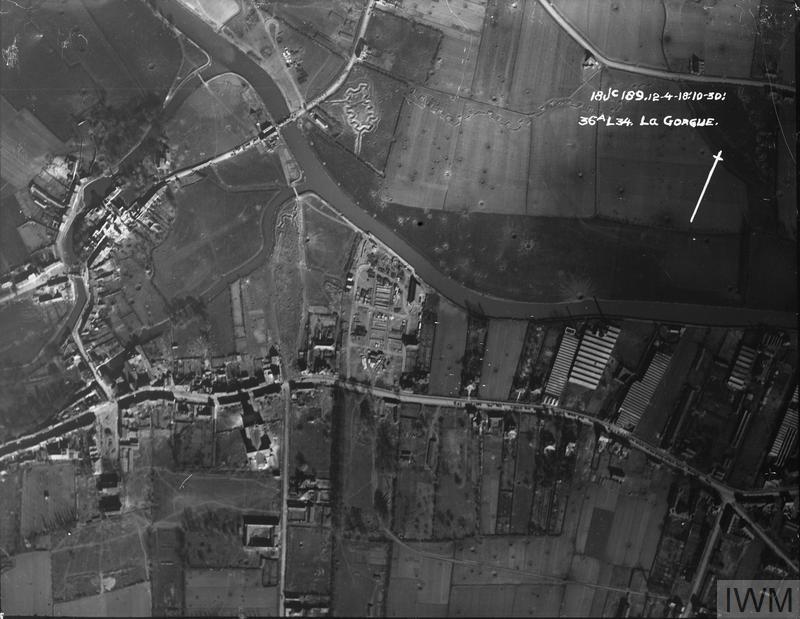 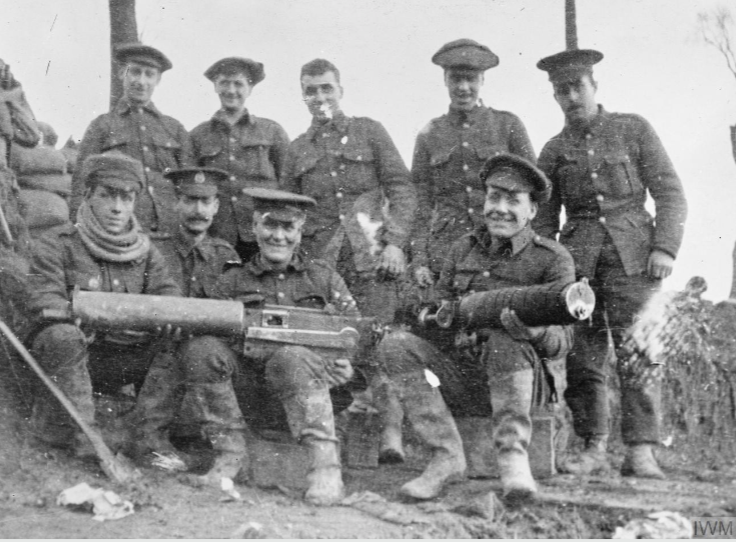