The cemetery, named from a dairy farm, was begun in November 1914 and used until October 1918 by units holding this sector of the front. The different plots were, to a great extent, treated as regimental burial grounds; the majority of the graves in Plots II, III and X, for instance, were those of the 26th, 25th and 24th Canadian Infantry Battalions, respectively, and all but one of the graves in Plot VIII are those of the 5th Northumberland Fusiliers. On 25 April 1918, the cemetery fell into German hands, but it was retaken at the beginning of September. After the Armistice, graves were brought into the cemetery from the battlefields north and north-east of Kemmel.

There are now 751 Commonwealth casualties of the First World War buried or commemorated in this cemetery. 180 of the burials are unidentified and special memorials commemorate two servicemen whose graves were destroyed in later fighting. 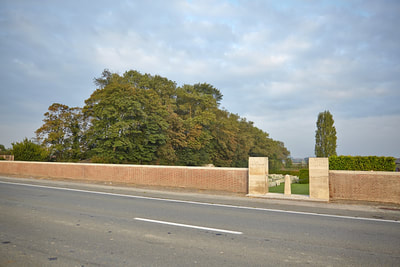 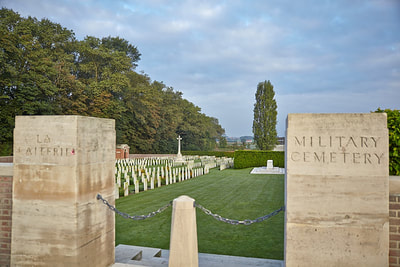 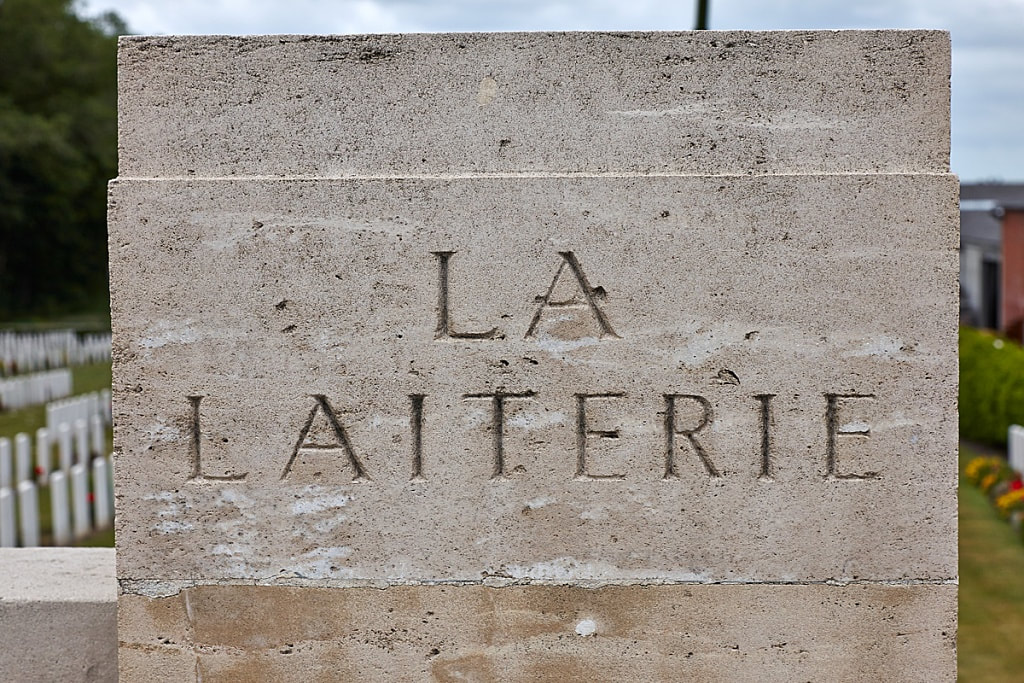 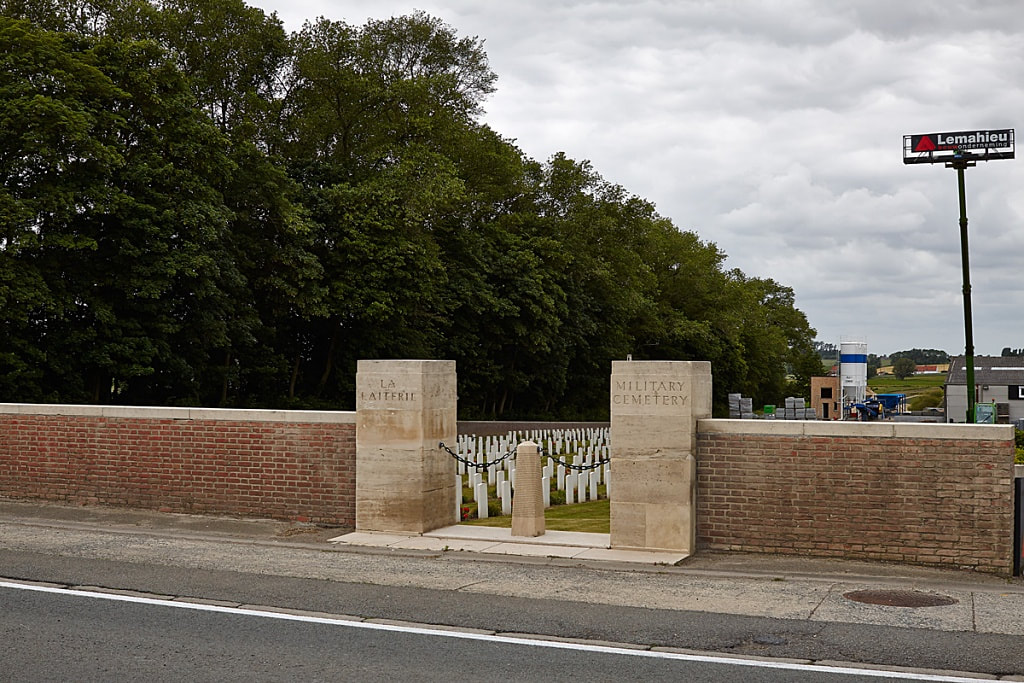 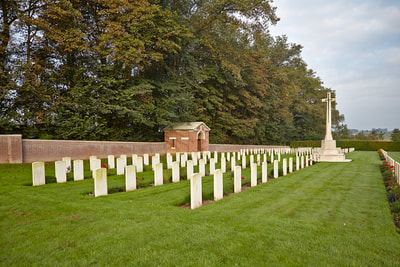 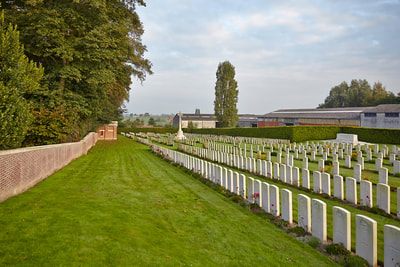 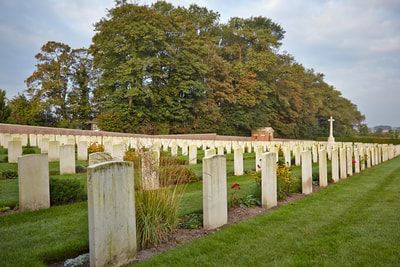 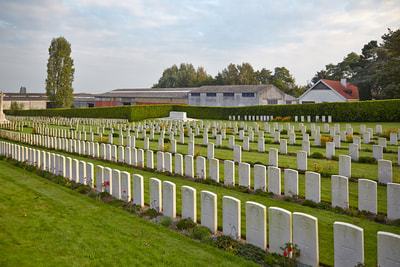 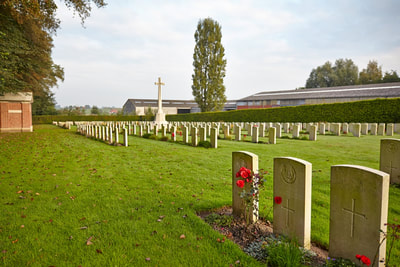 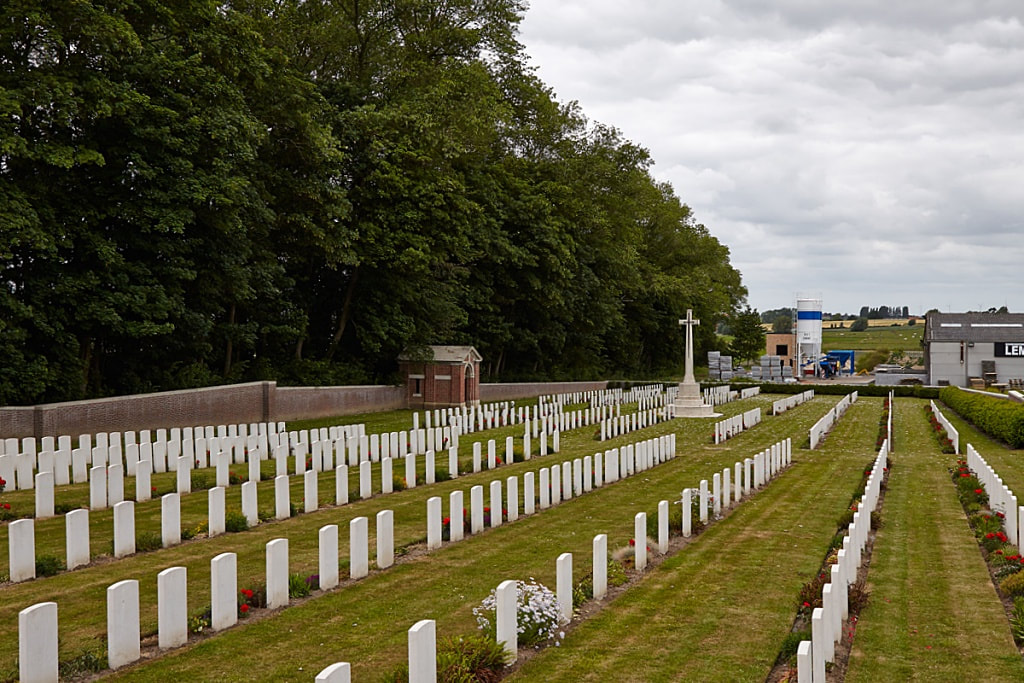 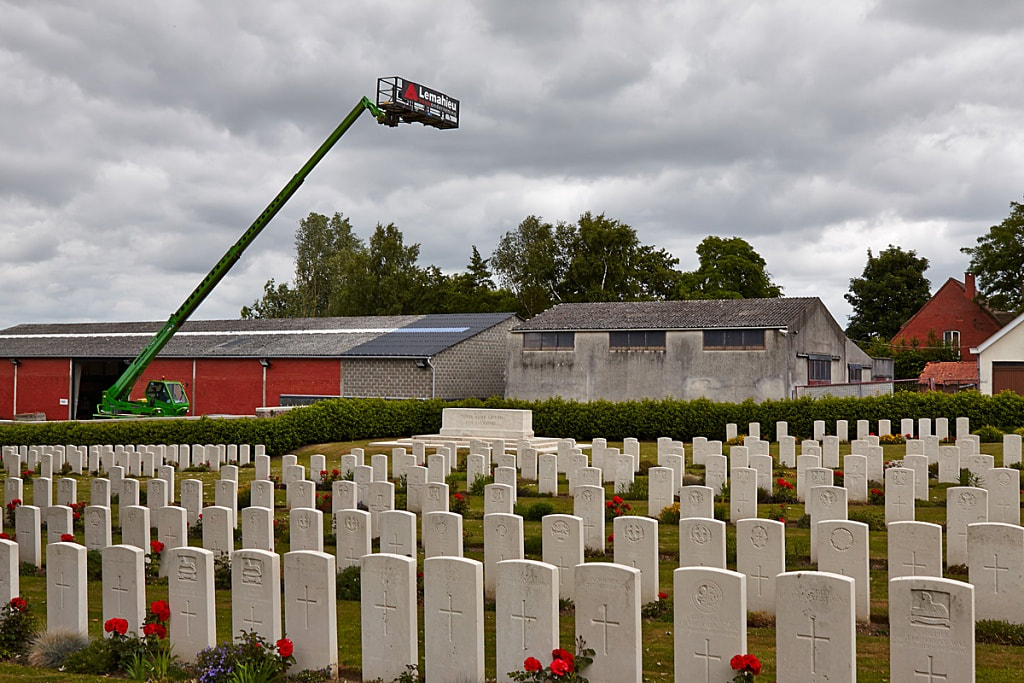 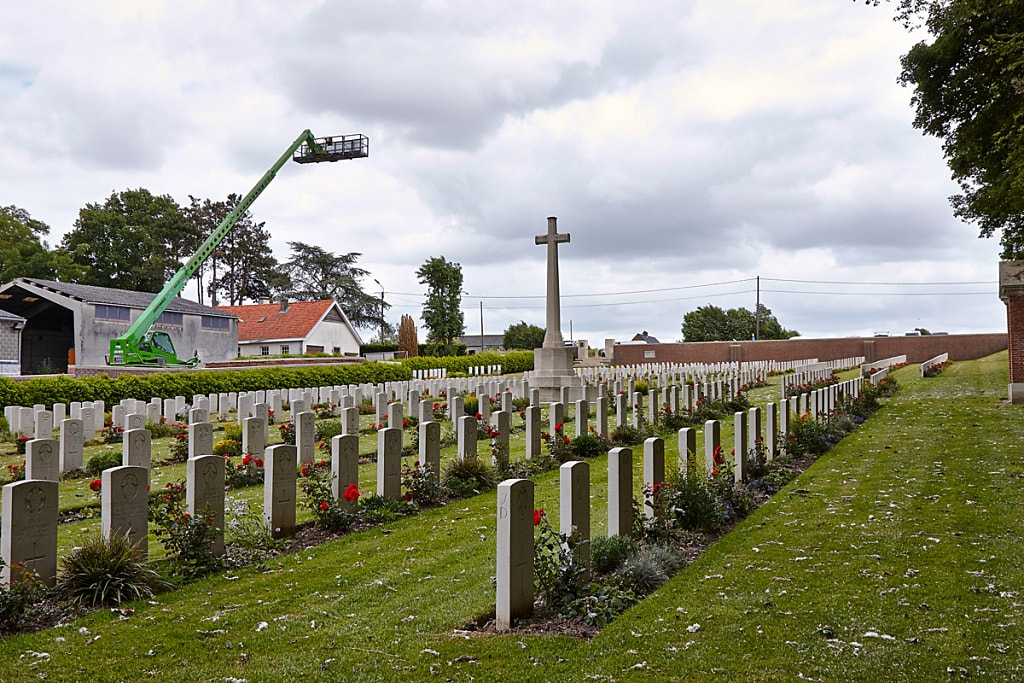 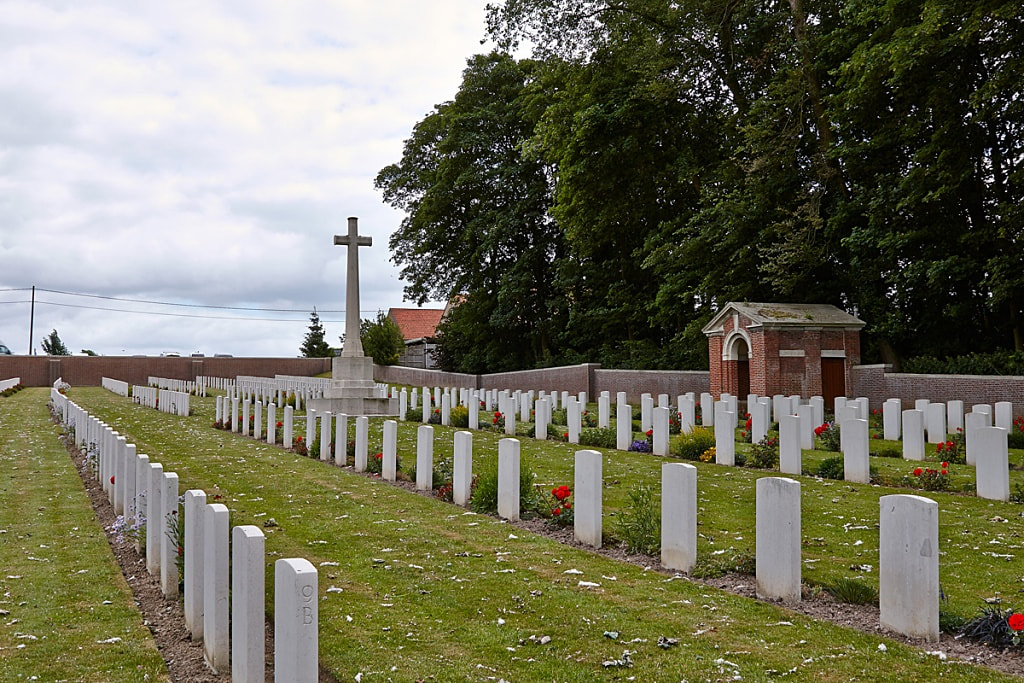 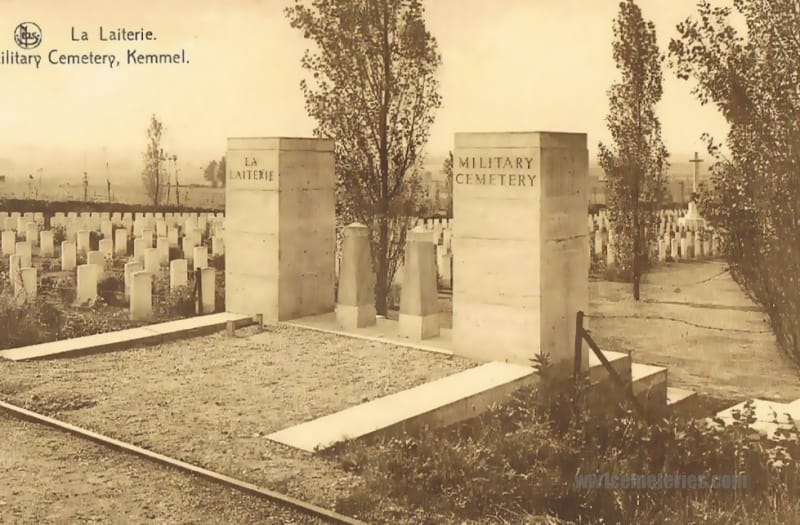 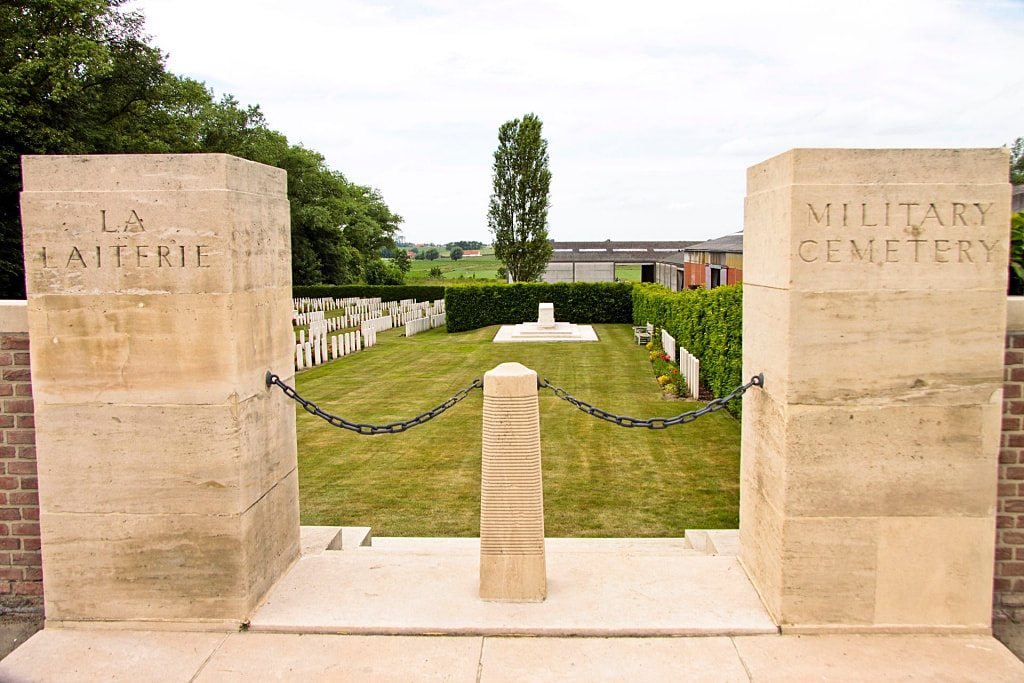 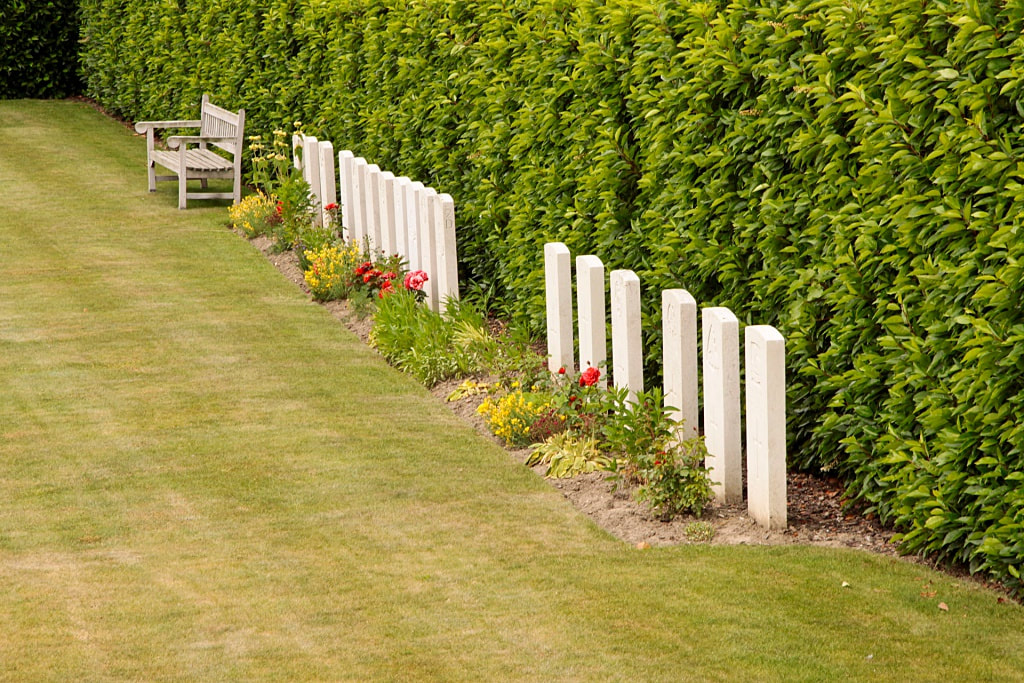 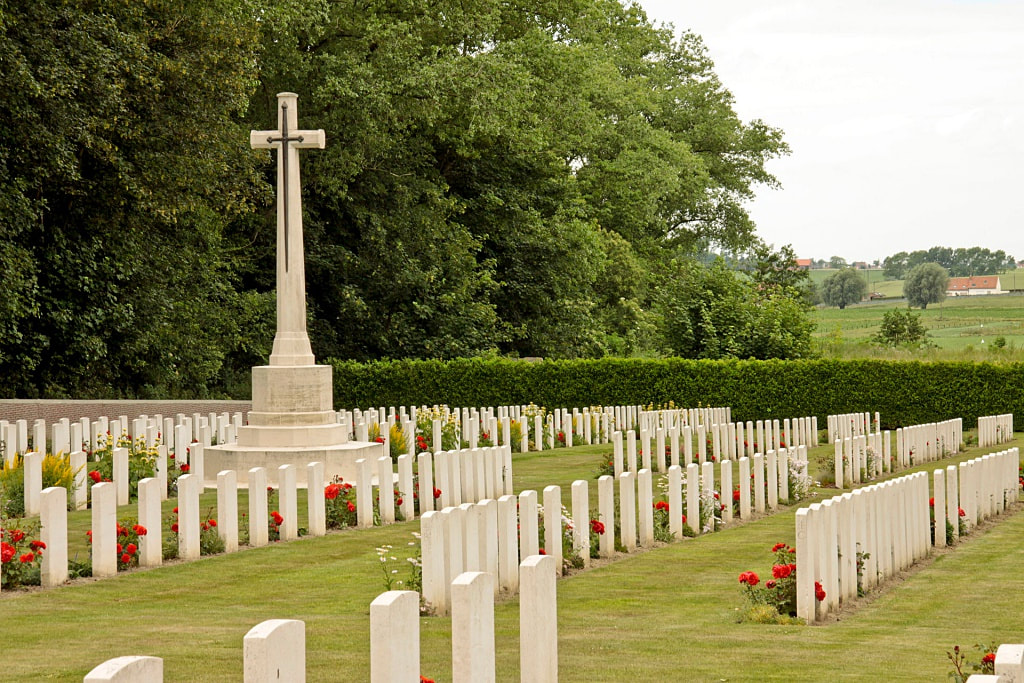 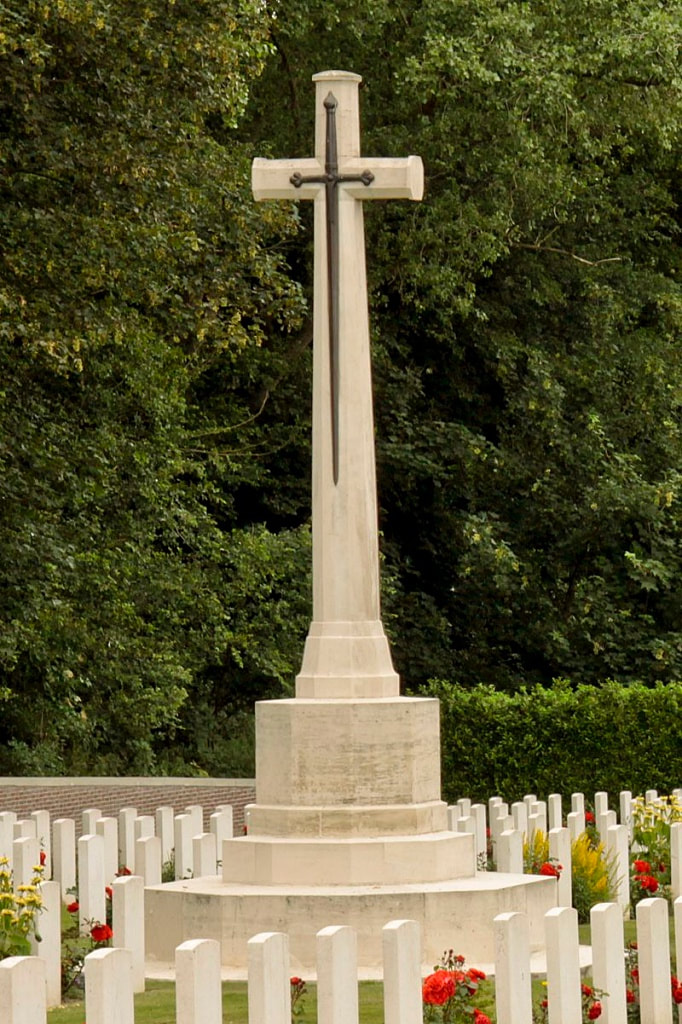 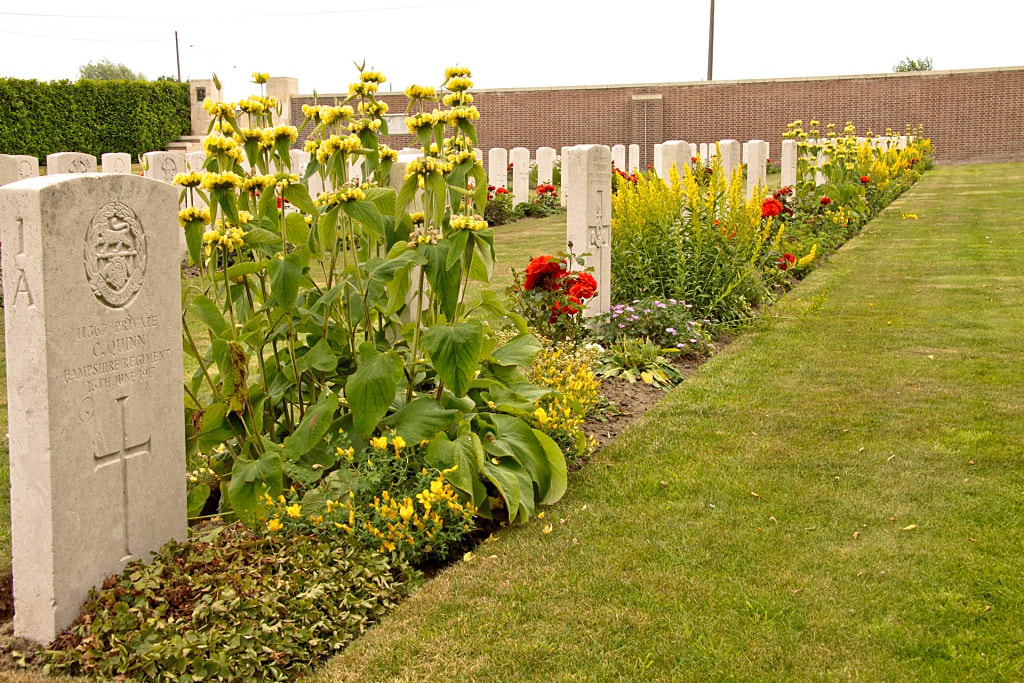 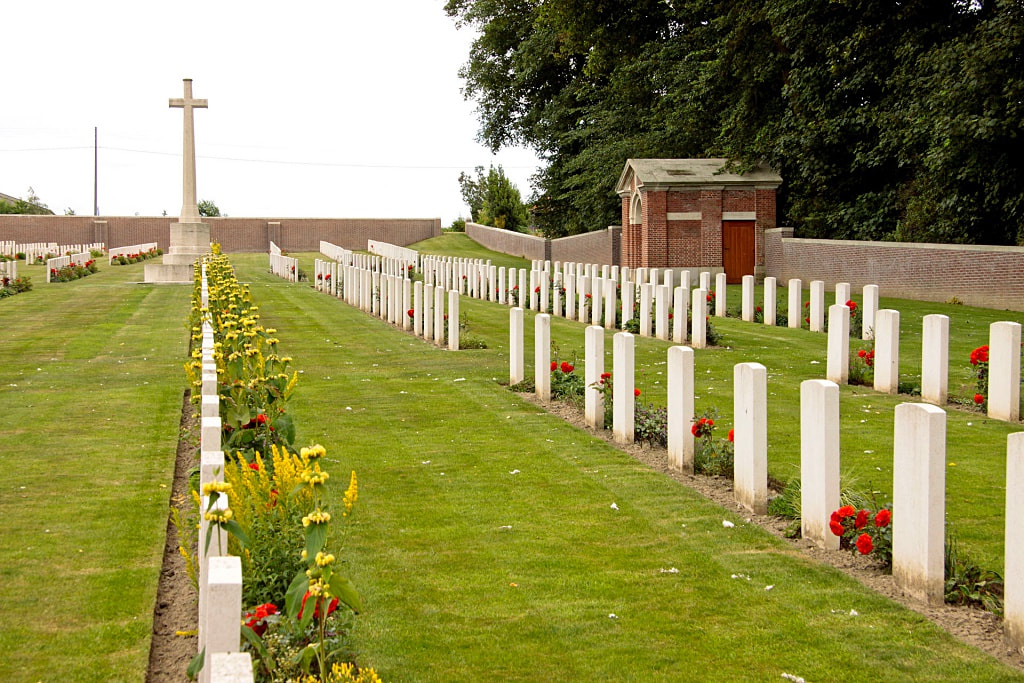 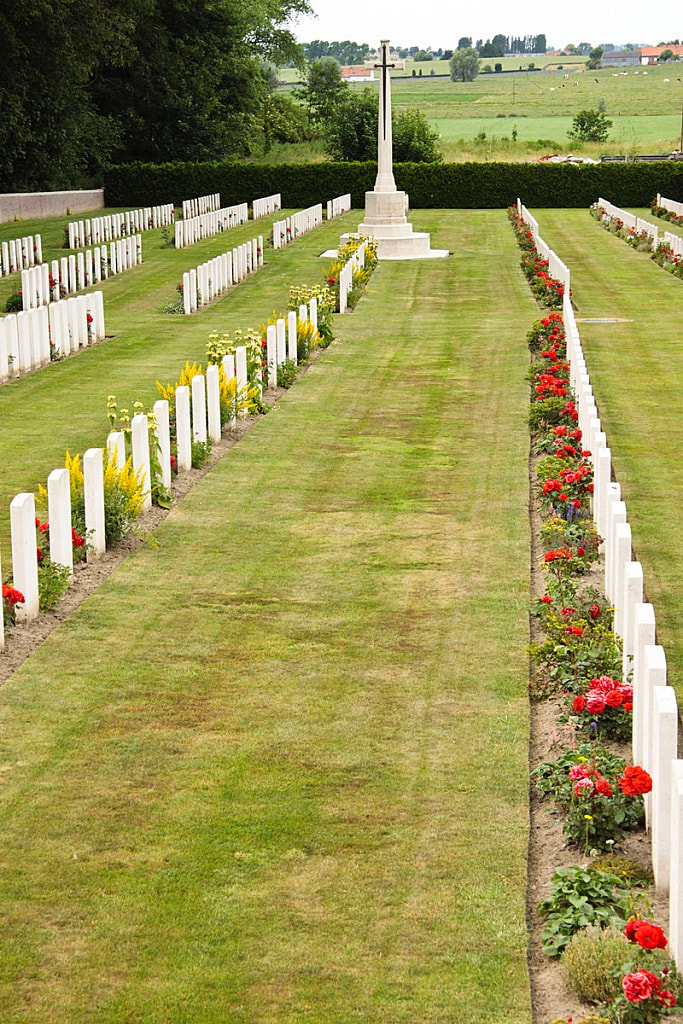 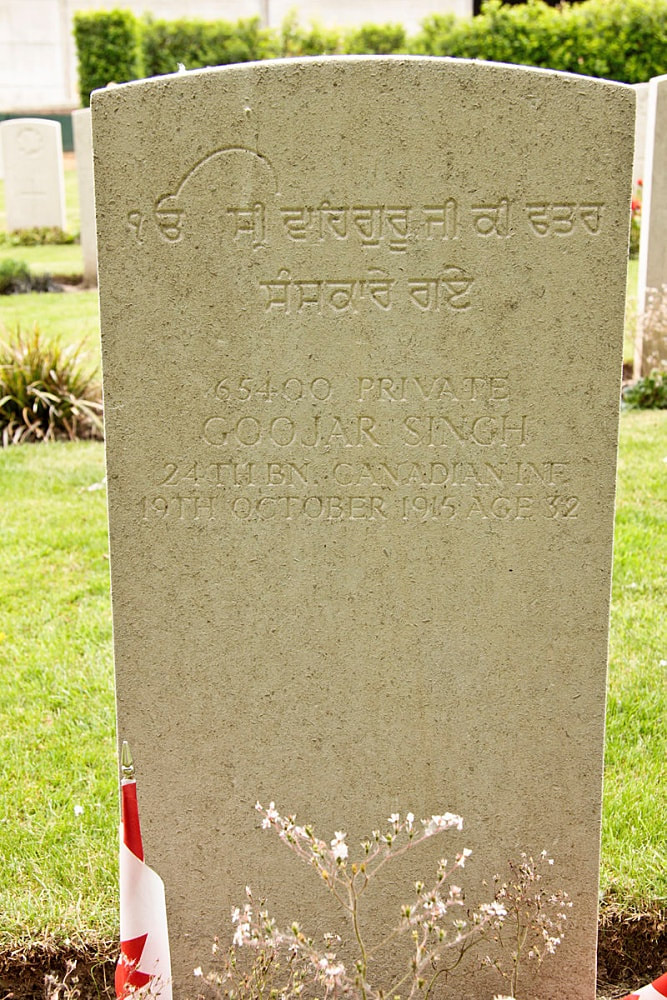 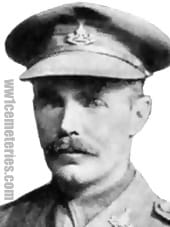 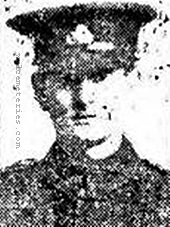 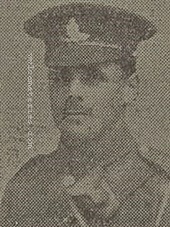 Son of George and Georgina Strode, of Batcombe, Dorset. 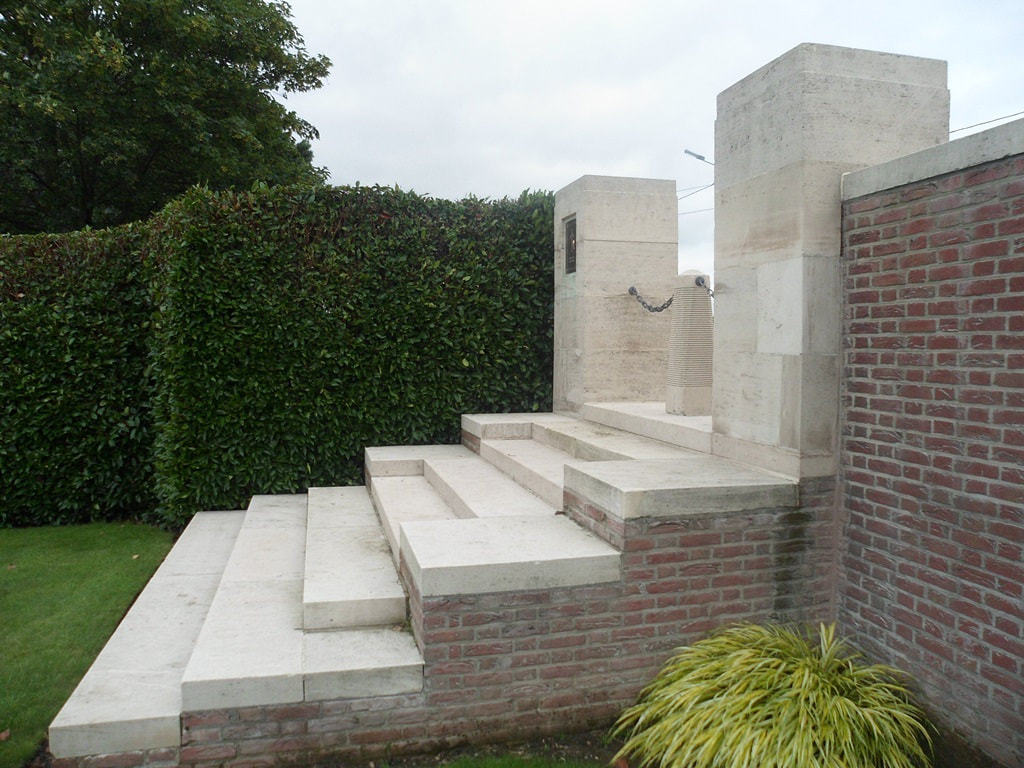 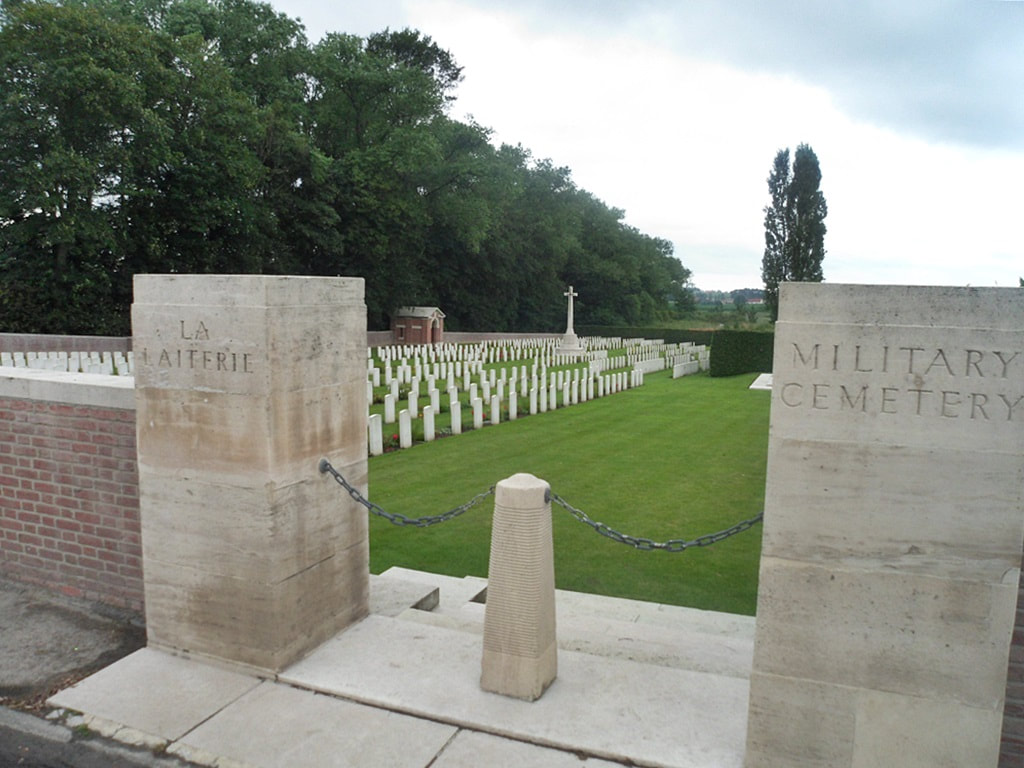 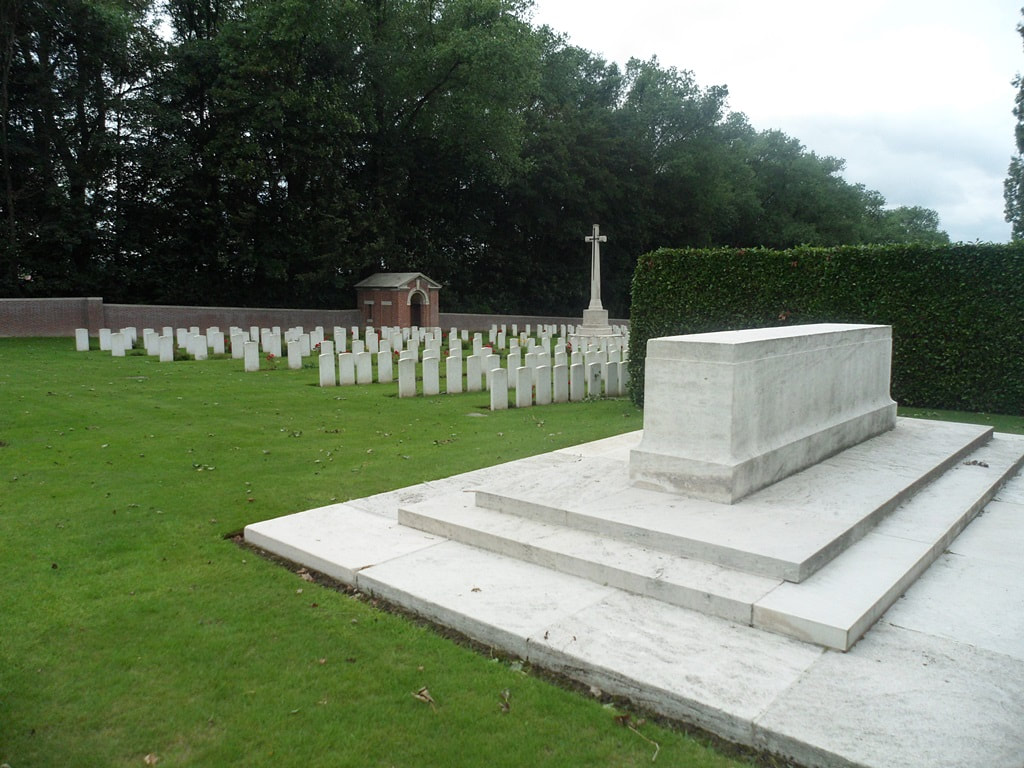 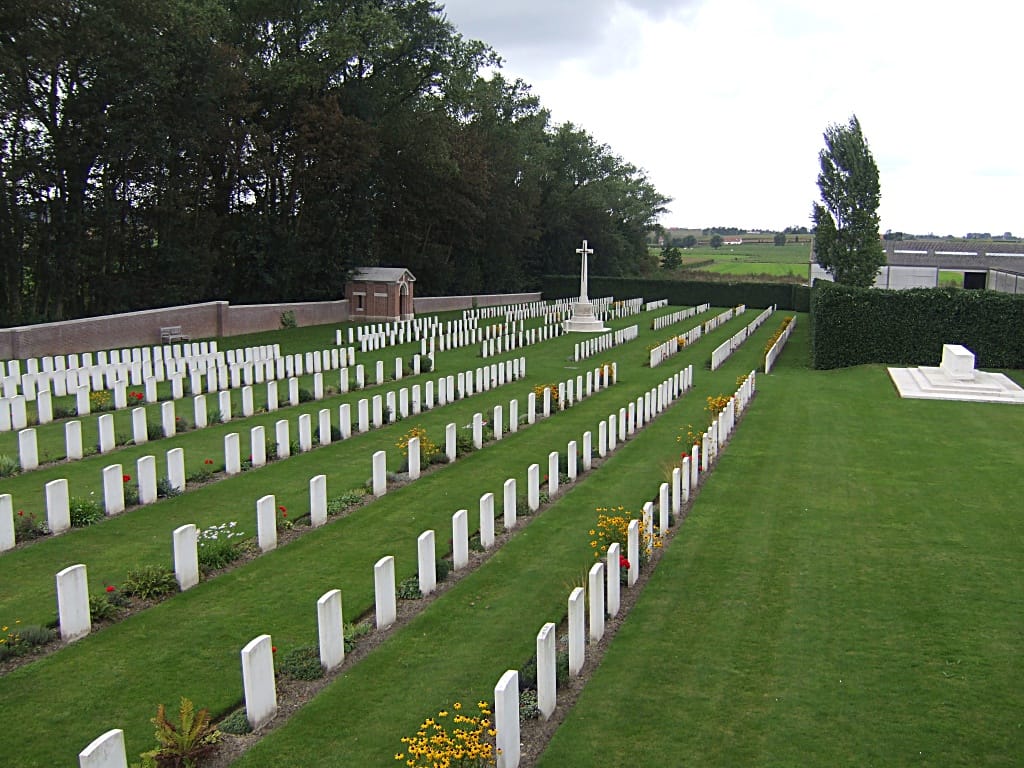