Lagnicourt-Marcel is a village situated north of the Bapaume to Cambrai road.

Lagnicourt was taken in April 1917. On the 15th April it was the scene of a desperate counter-attack by the Prussian Guard, which was repelled. It was lost on the 21st March 1918, and retaken by the 2nd Guards Brigade on the following 3rd September.

Lagnicourt Hedge Cemetery was begun by the 7th Somerset Light Infantry in June 1917 (though one Australian grave of April, 1917, is in Row C), and used until November 1917. Plot II was made in March 1918 by the enemy (who called the cemetery Lagnicourt Cemetery No. 2, having three others in the commune). Plot I was completed by the Guards Division in September 1918.

This cemetery contains the graves of 63 First World War Commonwealth casualties, one of which is unidentified and 15 burials of other nationalities. 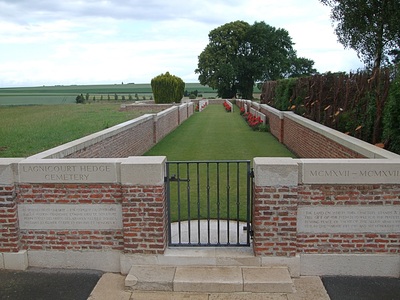 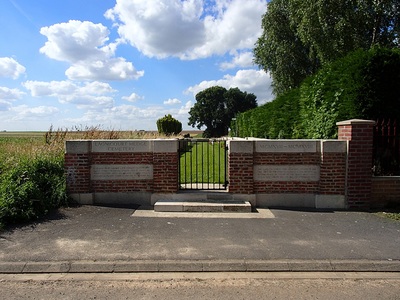 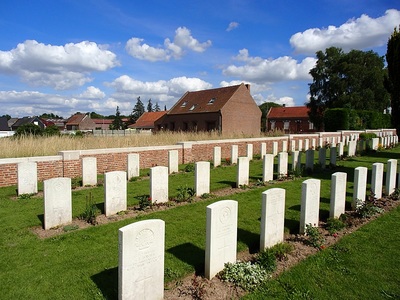 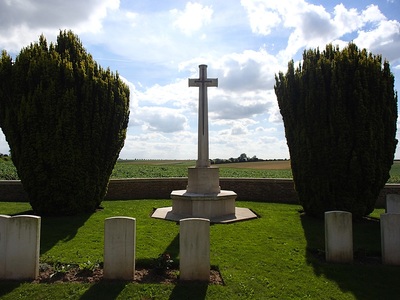 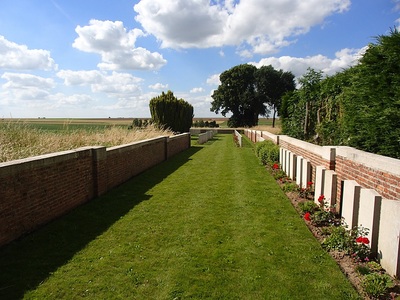 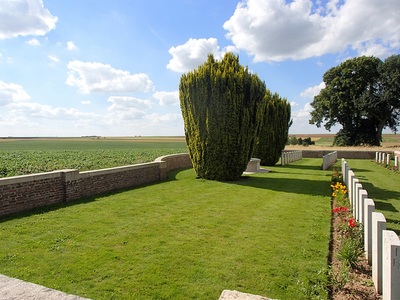 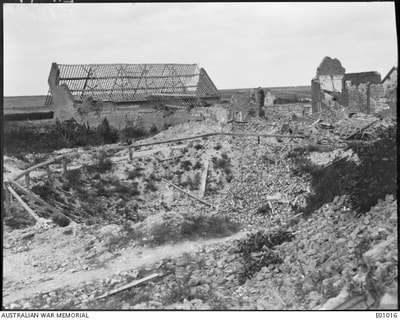 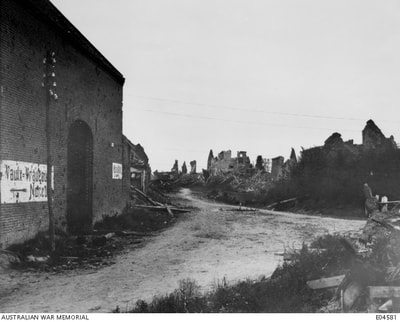 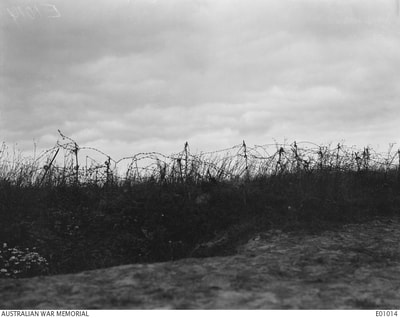 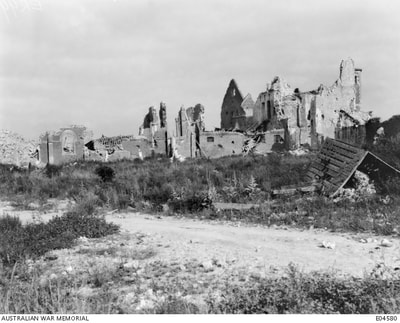 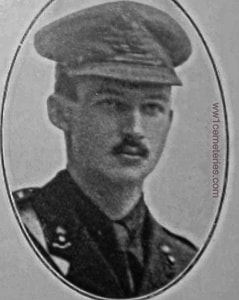 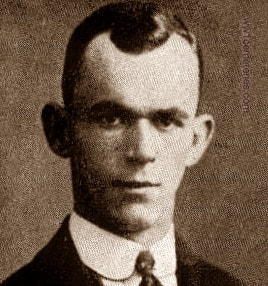 ​His headstone bears the inscription; "Where He Felt His Honour Grip He Made That Aye His Border." 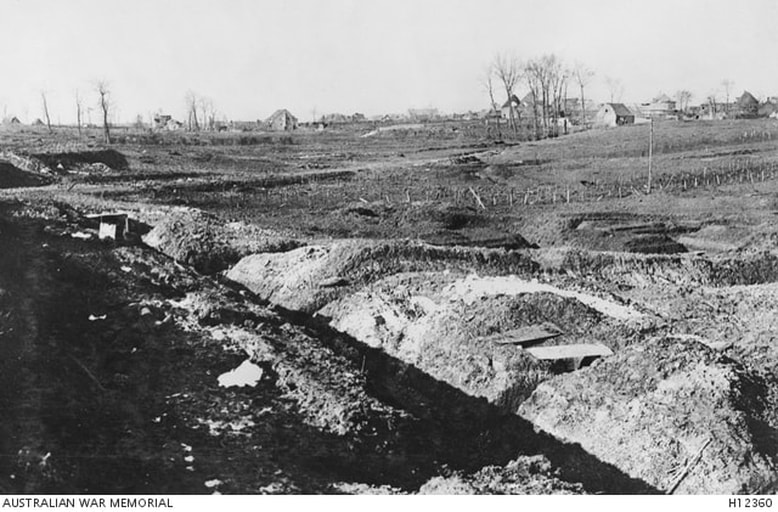 19th May 1917; Troops billeted in a sunken road near Bullecourt, in France, during the fighting of the Australian troops in that sector. Note the graves marked by crosses on the field behind the road. 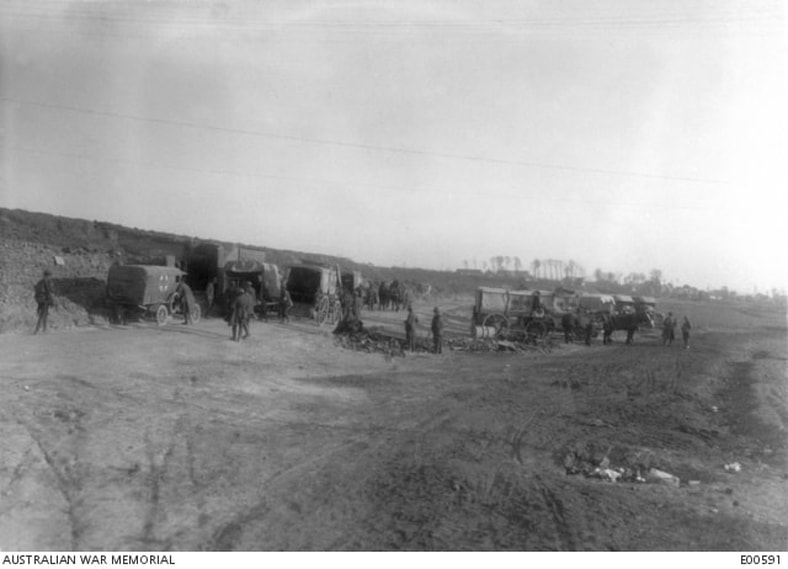 1917; An advanced dressing station built in the bank of the main Vaulx-Bullecourt road, near Vaulx, in France. During the Bullecourt fighting the 7th Field Ambulance treated the wounded here, sending the serious cases by motor ambulance to the casualty clearing stations further to the rear.