Landrecies is a small town in the Department of the Nord, approximately 40 kilometres south-south-east of Valenciennes.

The Communal Cemetery is east of the town on the road to Maroilles, the Faubourg de France (D959). The cemetery contains Commonwealth graves from both World Wars, the majority of which can be found in the War Graves Plot. There are also eight isolated plots.

Landrecies was the scene of rear-guard fighting between the British and German forces on the night of 25 August 1914. The town remained in German hands from then until it was captured by the 25th Division on 4 November 1918. During the war, the communal cemetery had largely been used by the German forces for the burial of their own dead. After the Armistice the German graves were removed, leaving three groups of Commonwealth graves in the cemetery. The cemetery now contains 56 Commonwealth burials and commemorations dating from the First World War, including 30 graves of soldiers killed during the rearguard action. 11 of the burials are unidentified but there are special memorials to two casualties known to be buried among them. The cemetery is also the final resting place of eight Commonwealth servicemen of the Second World War.


The Rearguard Action at Landrecies

The first major clash between the British Expeditionary Force (BEF) and the Imperial German Army on the Western Front took place at Mons on 23 August 1914. In the aftermath of the Battle of Mons, the British and French forces began a long, hard retreat south west toward Paris. Shortly after 5 p.m. on 25 August, the 4th (Guards) Brigade of the BEF halted at Landrecies. The Guardsmen had been marching all day and had hoped to get some much needed rest, but reports that large numbers of German troops were approaching from the north forced them to prepare for an imminent attack. As the civilian inhabitants of Landrecies fled, the officers and men of the Brigade took up defensive positions around the village and waited. To begin with, very little happened, and it seemed that the reports of German forces in the area were a false alarm. Just as it was getting dark, however, the men of the 3rd Coldstream Guards heard the sound of advancing infantry along the road to Le Quesnoy. As the troops in the distance appeared to be wearing French and Belgian uniforms and were singing in French, the Guardsmen thought they were about to meet a column of Allied troops. Yet as they approached the British lines, the advancing soldiers opened fire and it became clear that they were German infantrymen. The Coldstreams immediately returned fire and the attackers were soon beaten back.

For most of the night that followed fierce fighting took place on the outskirts of Landrecies as the attackers repeatedly charged the positions of the 3rd Coldstreams, who were reinforced by their comrades in the 2nd Battalion, along with units of the Grenadier Guards and the Irish Guards. At one point during the engagement, German troops managed to creep along the flanks of the British positions and fire on the Guardsmen at close range, while a flaming haystack allowed German gunners to see the defenders through the darkness and bombard them with shells. Despite these determined efforts to take the village, the Brigade was able to keep the attackers at bay. The fighting ended not long before dawn as the attacking soldiers, who belonged to the advanced guard of the German IV Corps, began retreating to positions outside Landrecies and the surviving Guardsmen rejoined the general Allied retreat.

The night-time skirmish at Landrecies was one of several costly but effective rearguard actions fought by units of the BEF during the retreat from Mons. By engaging the enemy throughout the night and holding the village, the Guardsmen had allowed III Corps of the BEF retire from the area in relative safety. In recognition of this, Sir John French, Commander in Chief of the British Forces, mentioned the Brigade in despatches on 7 September. 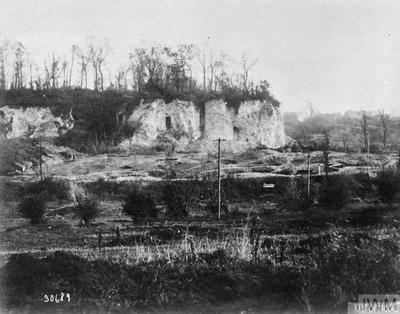 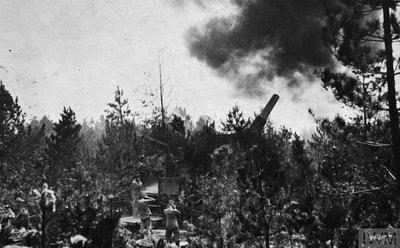 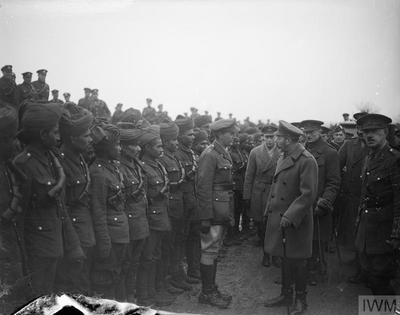 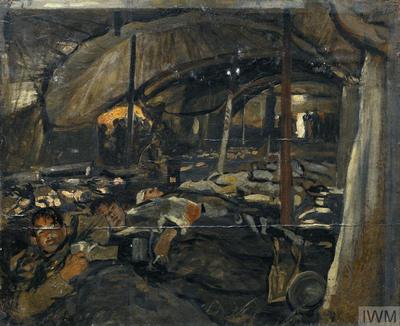 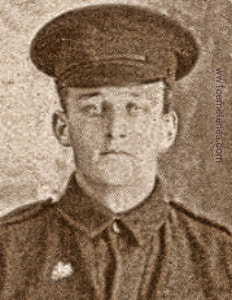 Reported as having been taken prisoner at Dernancourt on 5th April 1918, he was taken to Landrecies and used on working parties by the Germans.

The circumstances of Clifford Phister's death were revealed by 422A Sergeant C. C. McPhee of 24th Machine Gun Corps, A. I. F.

​"We were attached to the same labour battalion for about 5 months, working on the railway. He was thin and rather weak, just enough strength to get about. We were at Landrecies, while ascending the stairs at the barracks the sentry shot him through the head. He was killed instantaneously on the excuse that he was escaping, but Sgt. Maj. Pittaway of the 4th East Yorks Regt., and myself proved to the Commandant that he was not escaping. We could not ascertain the particulars of the sentry but the Commandant promised that there should be further enquiries. The German Sergeant said that he called on Phister to halt but we gathered from other Prisoners of War that were there that the Sergeant was not there at the time.

His mate, Private Evans has his pay-book and has probably handed it in. He had no other personal belongings. I am writing to his people. There were slight signs of life but the German Sergeant would not send for a Doctor, only the Commandant."

Son of the 1st Earl of Plymouth and the Countess of Plymouth, of Hewell Grange, Worcestershire. 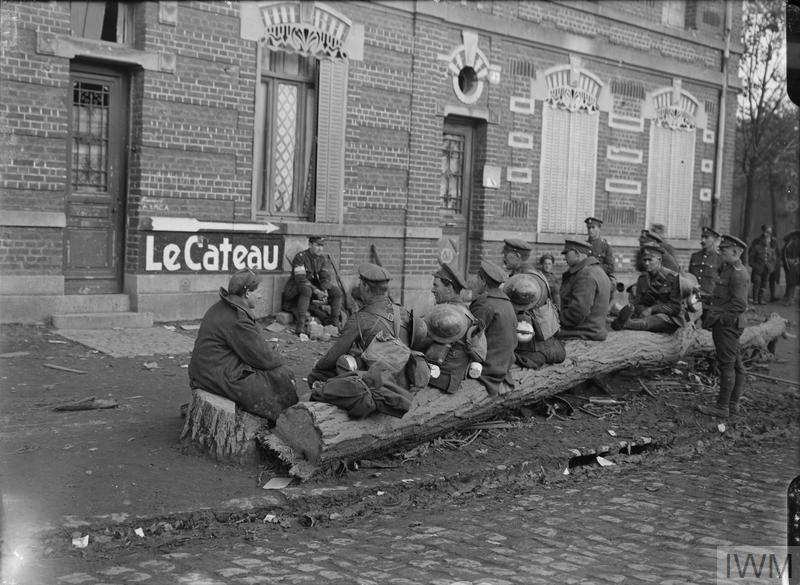 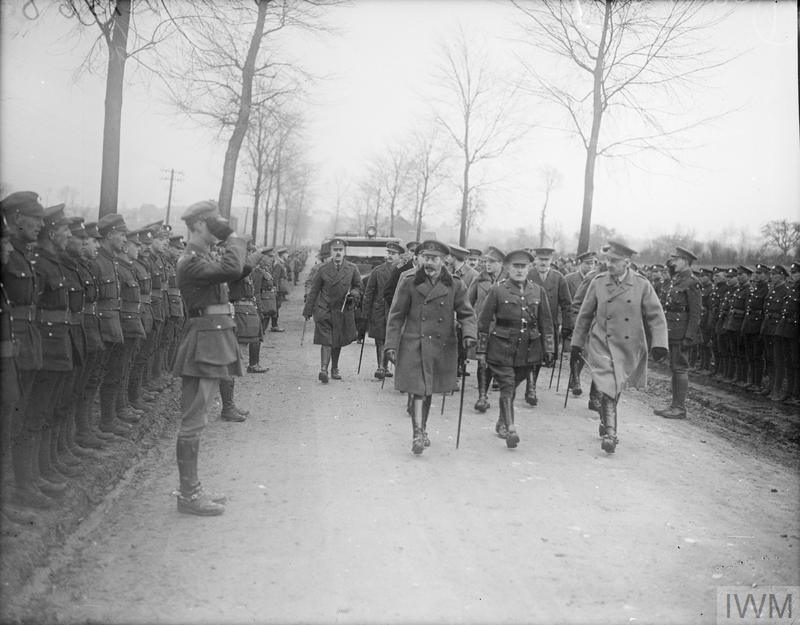 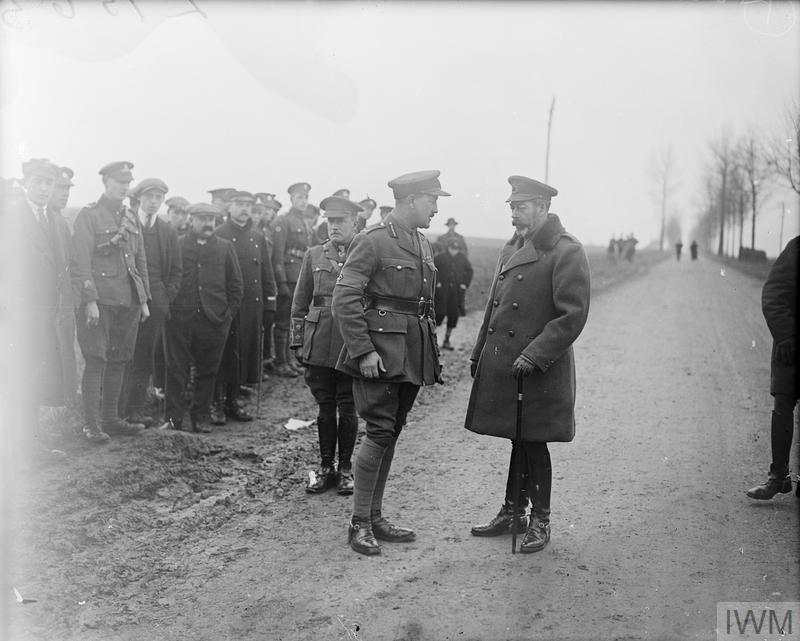