Laventie is a village about 11 kilometres south-west of Armentières.Take the D 171 (the main road between Fleurbaix and Neuve Chapelle). Just to the north of Fauquissart take the junction west signposted for the Laventie German Military Cemetery (Soldatenfriedhof). It is almost immediately on your right.

Situated in the French region of Pas-de-Calais, Laventie German Military Cemetery contains the burials of 1,978 German war dead from World War I. The cemetery was initially begun by German troops during their attack in April 1918 at the Battle of Armentieres in order to bury their dead. After the war, the French military authorities allowed a further 360 burials to be made from the surrounding battlefields. Those buried here belonged to regiments whose home bases were mainly in Saxony, Silesia, Thuringia, Brandenburg, Pomerania, Hesse, Bavaria, Westphalia, East and West Prussia, Württemberg areas of Germany. Repair work was found to be necessary between the wars to improve the condition of the cemetery and led the German War Graves Commission in 1927 to reach agreement with the French authorities to carry out the work to maintain the cemetery. Numerous trees and shrubs were planted. However, the problem of the permanent marking of the graves persisted due to lack of finance and the 1939 outbreak of the Second World War.
​
Eventually, in 1965 the cemetery was landscaped by students. The German War Graves Commission could now, in light of the Franco-German War Graves Agreement of 19 July 1966 - sponsored by the federal government - begin to renovate all of the German military cemeteries in France and Belgium dating from the time of the First World War. In 1971, the replacement of the temporary wooden markers was begun and crosses of metal with raised cast names and regimental details of the fallen were erected here. The transportation of the Bundeswehr 35 kg heavy cross foundations proved too much for volunteers of the youth camp of the People's League and soldiers of the Armed Forces were brought in to help. The 1,978 dead now rest in individual graves. However, 17 remained unknown. Graves for the eight fallen of the Jewish faith were, for religious reasons made of natural stone. The Hebrew characters on the stone say: "Here rests" (name) followed by "May his soul be woven into the circle of the living."

Laventie German War Cemetery is now constantly cared for by gardeners of the German War Graves Authority. Information regarding the location of graves, and units of the fallen can be found by contacting, The German War Graves Commission Federal office Department Graves Registration Service, Werner-Hilpert-Straße 2, D-34112, Kassel. 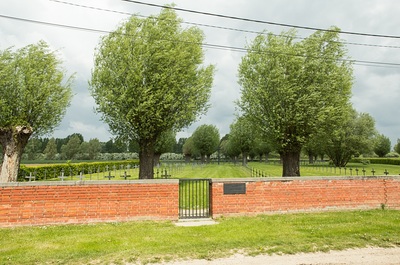 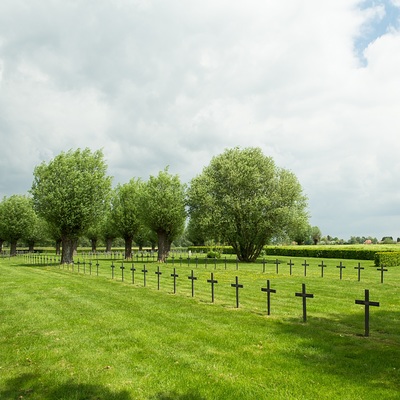 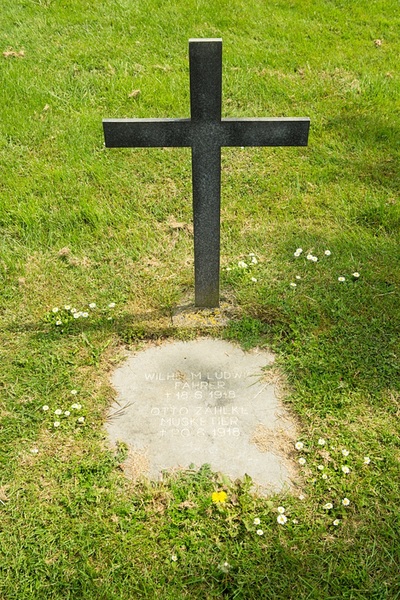 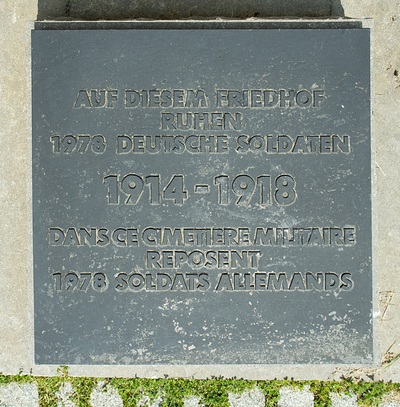 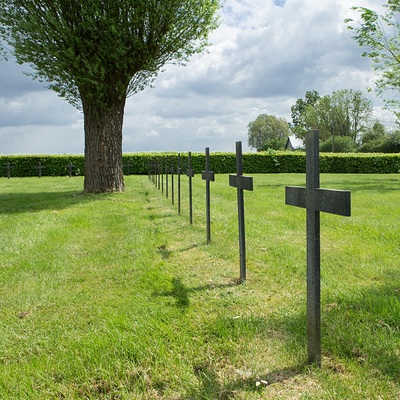 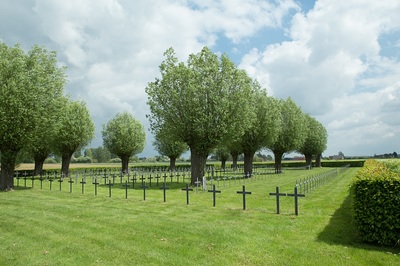 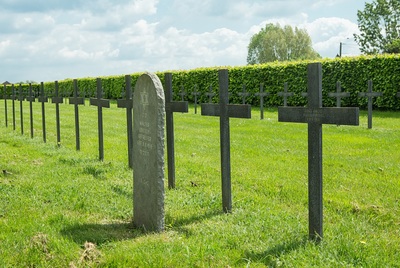 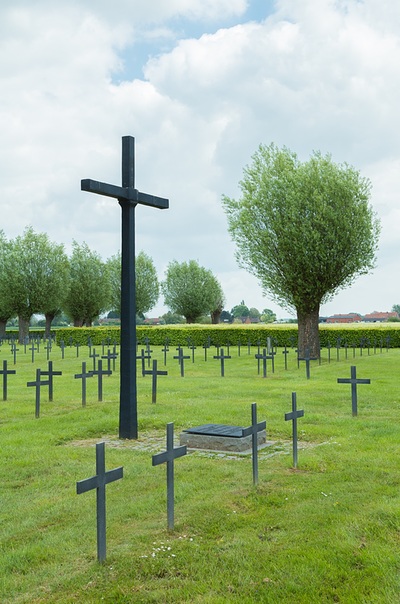 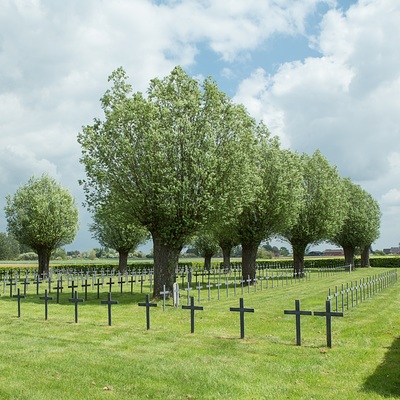 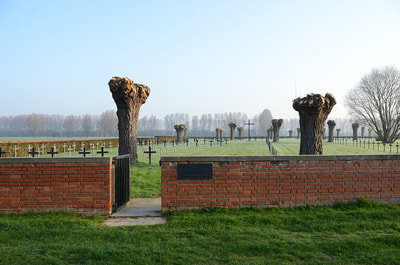 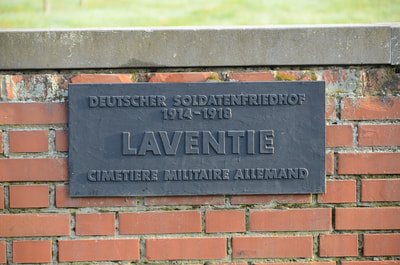 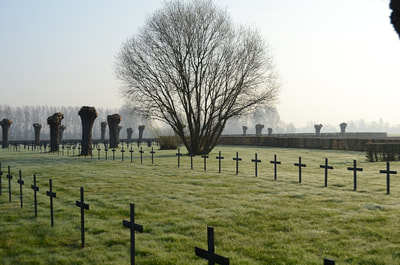 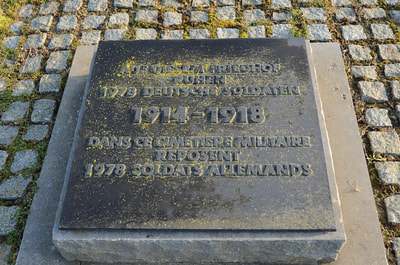 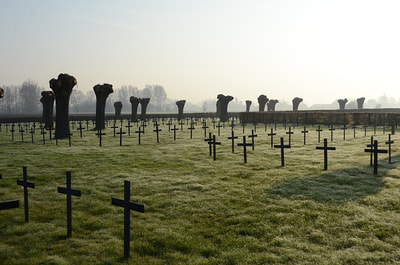 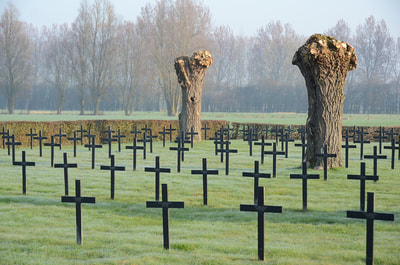 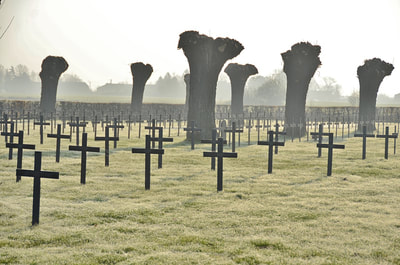 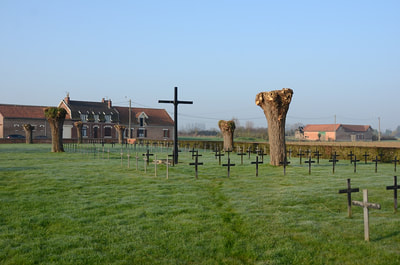 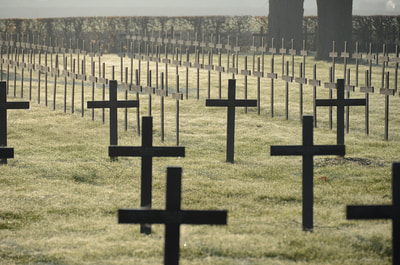 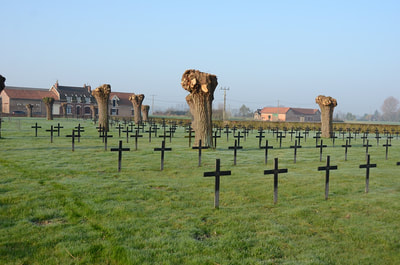 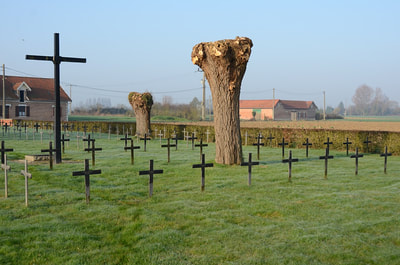