Le Bizet cemetery is the Communal Cemetery of Armentières. It stands away from the town on the North side. In the far North-West corner, in two groups, are the graves of seven soldiers the United Kingdom who fell in 1915. One group is in "Allee Z 1" and the second group is against the rear wall of the Columbarium plot.

Armentiers is a commune in the Department of the Nord, on the Belgian frontier, nine miles North-West of Lille. It was occupied by the 4th Division on the 17th October, 1914, it remained within the British lines until its evacuation of the 10th April, 1918, after a prolonged and heavy bombardment with gas shell. It was occupied by the enemy next day, and it was not recovered until the 3rd October, 1918. The town was used by British Field Ambulances, and burials were carried out in several cemeteries 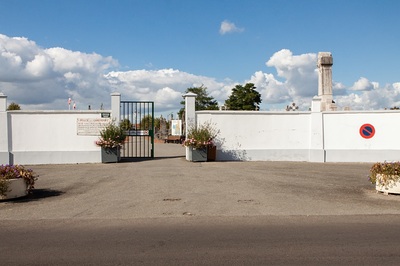 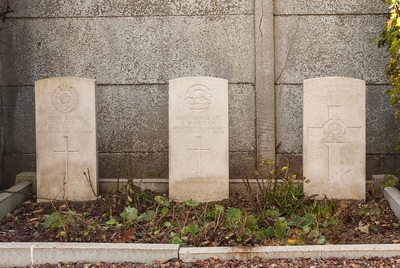 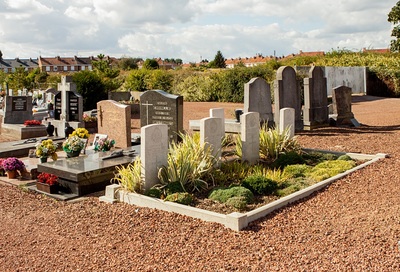 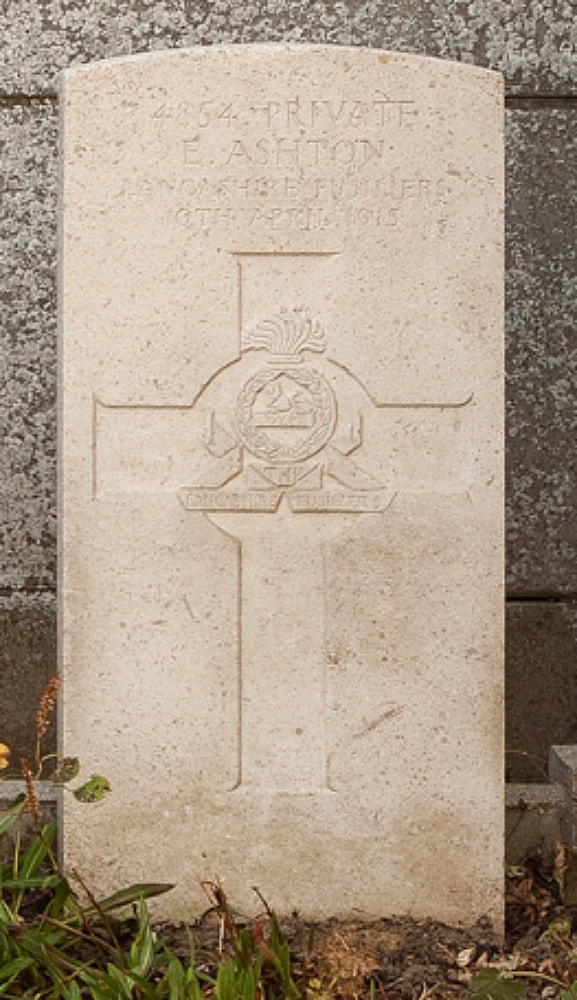 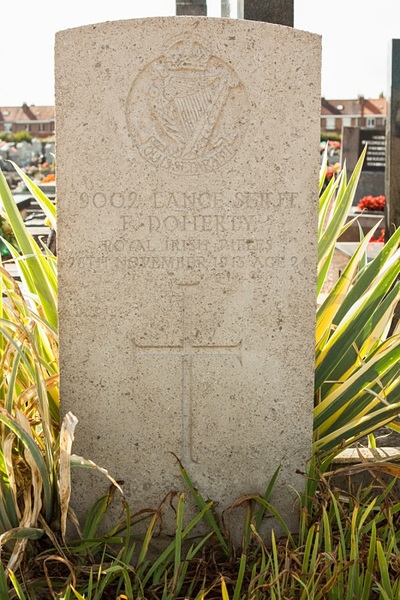 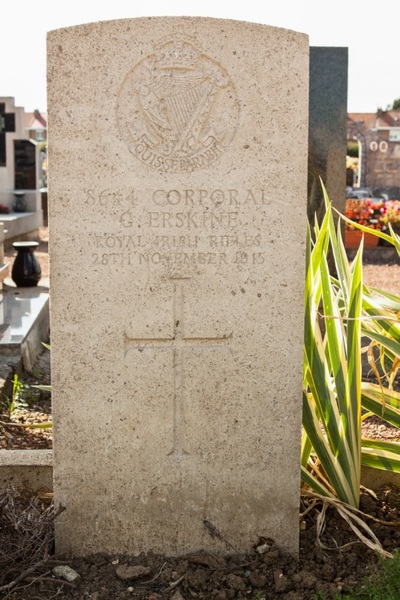 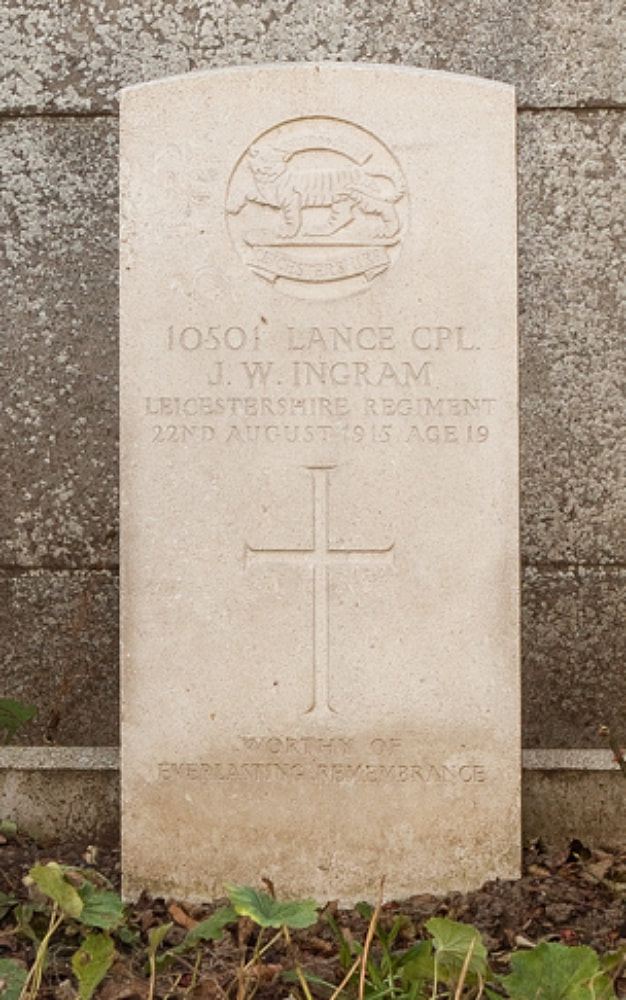 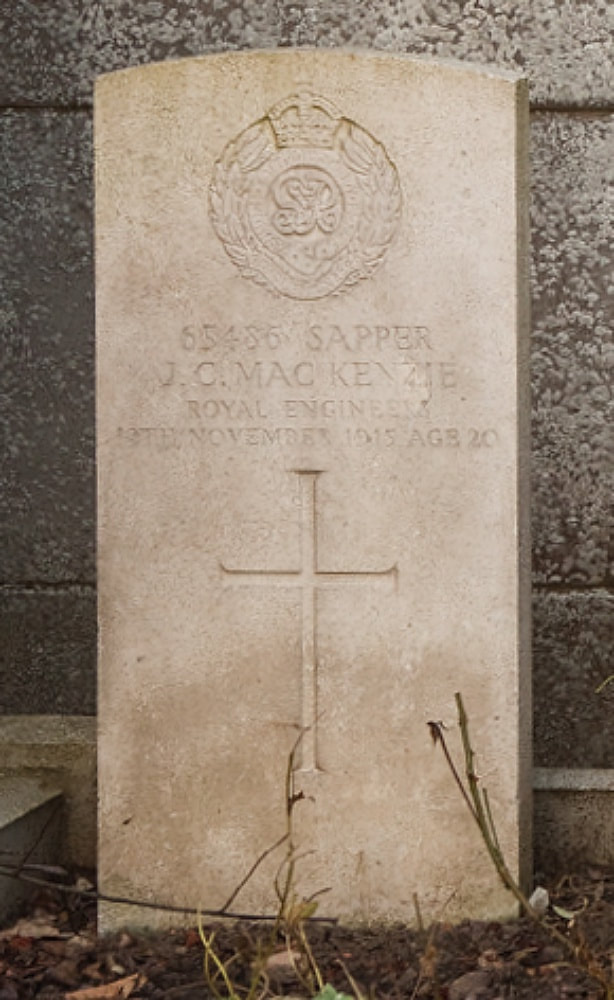 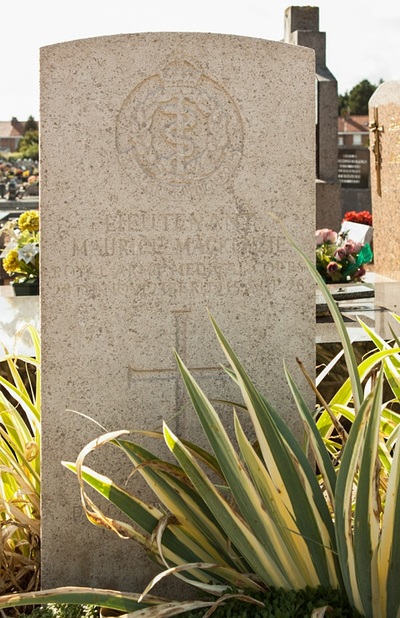 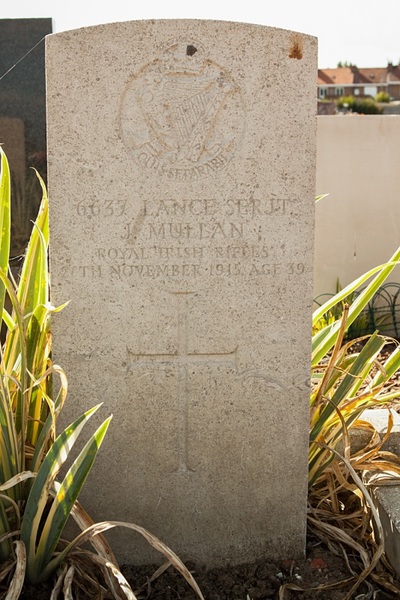