Caestre is a village in the Department of the Nord, on the main road between Cassel and Bailleul, and the hamlet of Le Peuplier is nearly 2 kilometres from Caestre.

From the church in Caestre, take the D942 and turn first right onto the D161. Le Peuplier Military Cemetery can be clearly seen from the main road on the right hand side.

The cemetery was used by fighting units from the beginning of May to the end of August 1918 for the burial of casualties sustained during the German offensive.

There are now 106 First World War burials in the cemetery.

The cemetery was designed by J R Truelove 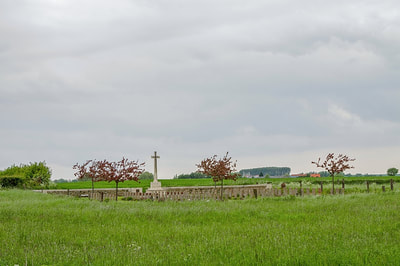 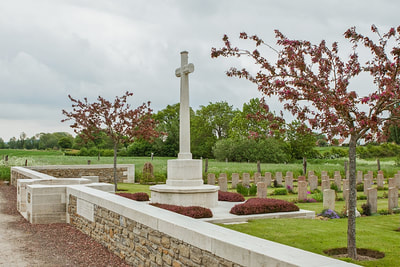 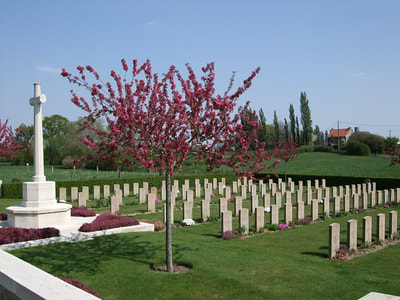 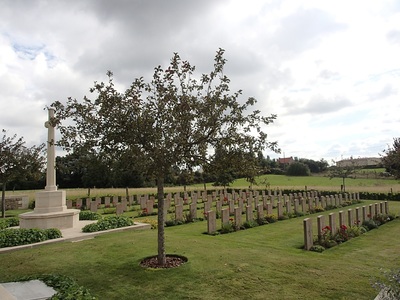 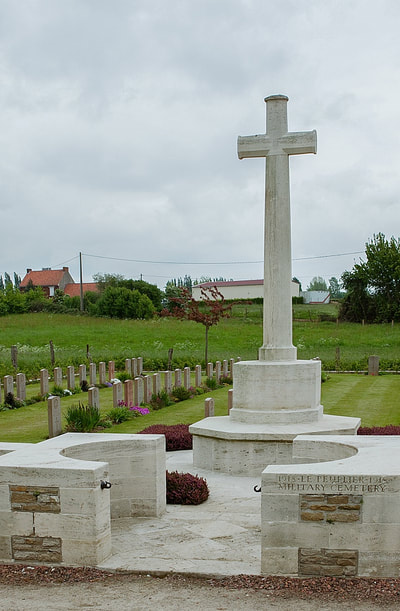 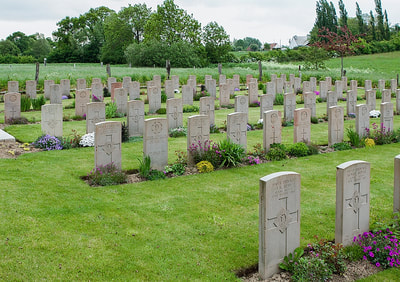 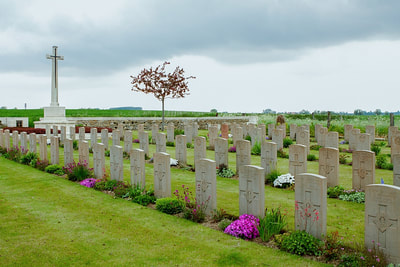 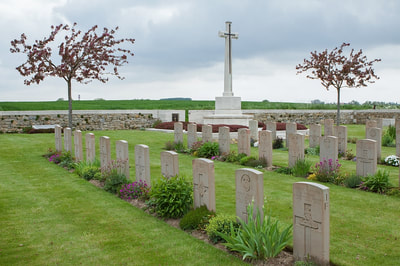 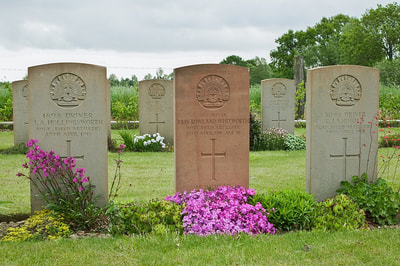 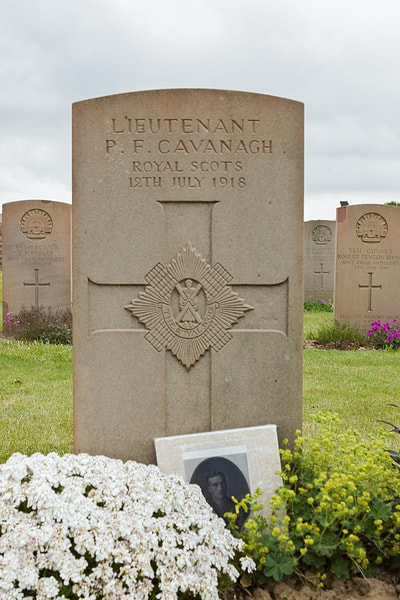 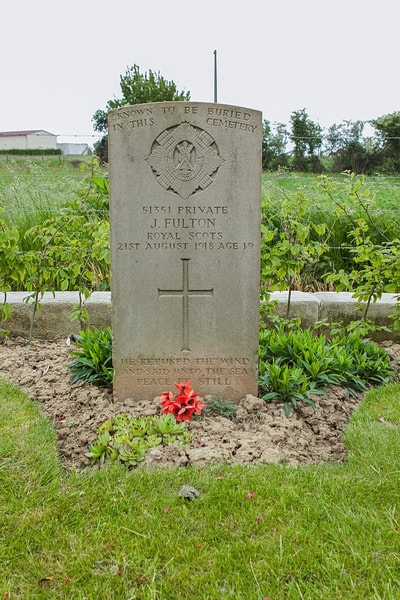 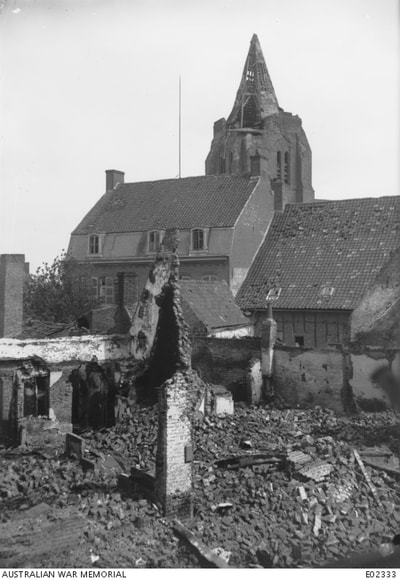 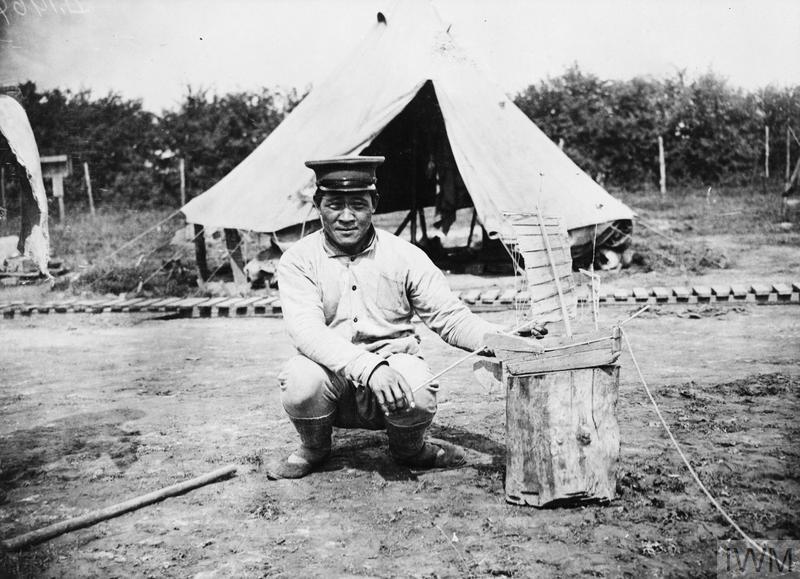 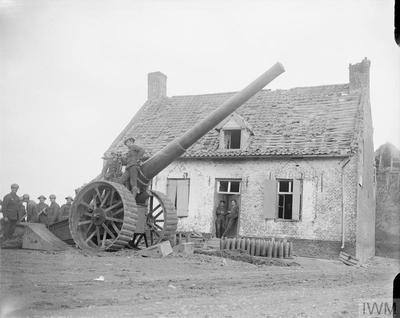 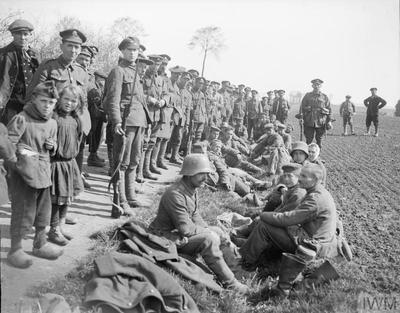 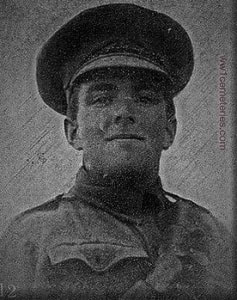 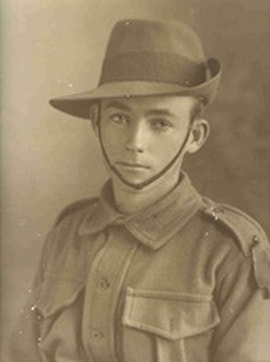 Walter was the second youngest of 4 brothers who served in WW1, and the only son not to return home.

​His headstone bears the inscription; "Greater Love Hath No Man."

Son of Caroline Wilhelmine and the late Johann G. Janetzki.

From Murtoa, Vic. A labourer prior to enlistment, Pte Janetzki embarked with the 12th Reinforcements from Melbourne on HMAT Suevic on 21 June 1917. On 13 July 1918 he was killed in action in France, aged 22. 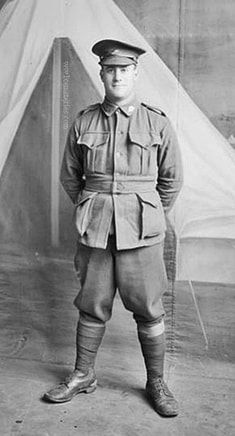 A mechanic from Ulverstone, Tasmania prior to enlistment, Pte King embarked with the 20th Reinforcements from Melbourne on HMAT Botanist on 24 August 1916. While serving in France, he was wounded in action and evacuated to England. Following his recovery he rejoined his unit and, on 1 May 1918, was killed in action 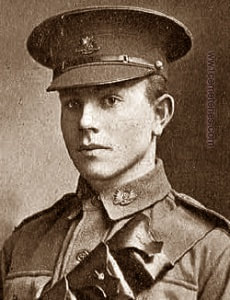 ​His headstone bears the inscription; "Father In Thy Gracious Keeping Leave We Now Our Loved One Sleeping."

"I saw them both killed (Lowry & Drew) about 28th May, near Caestre between 4.30 and 5.p.m., they were at tea at the time. A shell landed in the dug-out and killed them instantaneously. Another man was killed by the same shell but I forgot his name (The third man was Driver Sanders). They were both blown far away, I heard the shell pitch and saw the casualty. I helped to bury the three the same night in a little cemetery which is set aside for our men." (All three men now lie side by side in Row C. 7/8/9.) 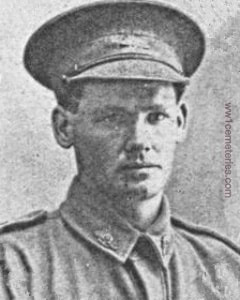 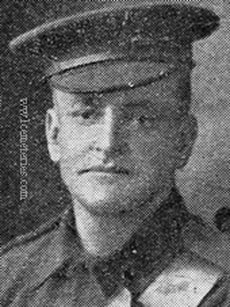 His headstone bears the inscription; "Till The Dawn Breaks And Dark Shadows Flee, Till We Meet Again."

From Parramatta, NSW. A labourer prior to enlisting, he embarked from Sydney aboard the RMS Osterley on 15 January 1916. He was killed in action near Caestre, France. 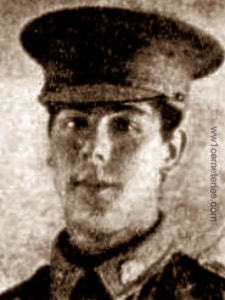 His headstone bears the inscription; "Father In Thy Gracious Keeping Leave We Now Our Loved One Sleeping." 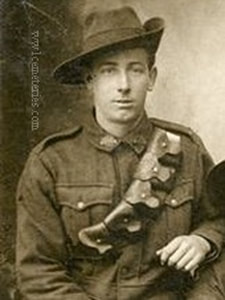 A storeman from Marrickville, NSW, prior to enlistment, Pte O'Donaghoe embarked with the 8th Reinforcements, 1st Pioneer Battalion, from Sydney aboard HMAT Beltana (A72) on 25 November 1916. He was killed in action in France on 3 May 1918, aged 22.

"Little Jack O'Donaghoe and George Young got hit by the same shell and killed outright between Caestre and Croix-Rouge. they were killed while waiting to be relieved at a M. G. (Machine Gun) emplacement and it was bad luck, because they were due to be relieved half hour before. I did not see that but my mate, Cpl. Lander brought them out. They are buried together at a little cemetery near North Borre. I have seen the graves and there are crosses up."

George Young is now buried in Row B. 8. at La Peuplier Military Cemetery 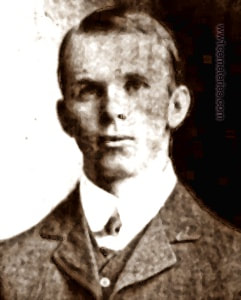 His headstone bears the inscription; "​Behold Thou Hast Made My Days As It Were A Span Long." (Biblical - Psalm 39)

"He came from Western Australia and had been an Interstate Tennis and Cricket player. he wore glasses. On the 2nd May, we were at Croix-Rouge in action. Parker was killed by a shell while in the office, which landed right outside. I buried his body at a cemetery about 1km from where the railway from Caestre to Borre crosses the road to Croix-Rouge."

18391 Gunner, William Reece added that another man named Irvine (3331 Gunner, Robert Fenton Irvine, 2nd Bde. Australian Field Artillery) was killed by the same shell and both men were buried side by side. Today, both men are still side by side in Row C. 1 and 2 of this cemetery. 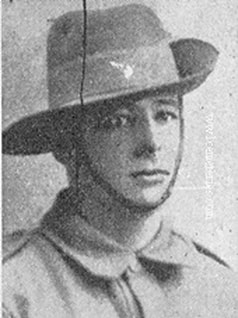 His headstone bears the inscription; "The Lord gave And The Lord Hath Taken Away."

A coal lumper prior to enlisting in Millers Point, NSW, on 20 September 1915, Pte Pattison embarked from Sydney, NSW, aboard HMAT Aeneas on 30 December 1915. He was awarded the Military Medal for his actions at Zonnebeke, Belgium, on the 7th November 1917 and was killed in action on 4 May 1918, aged 29. 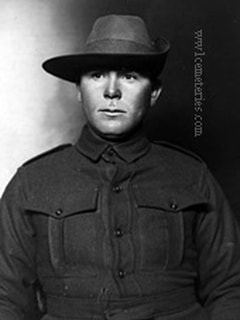 His headstone bears the inscription; "Gone, Not Forgotten. One Of Australia's Best."

Allan Hector Ross, 9th Reinforcements, 7th Battalion, of Bellmont via Geelong, Vic. Pte Ross enlisted on 1 July 1915 and embarked from Melbourne aboard HMAT Star of Victoria on 10 September 1915. He was killed in action on 29 June 1918 at Strazeele near Hazebrouck, France, while serving with the 1st Pioneer Battalion. 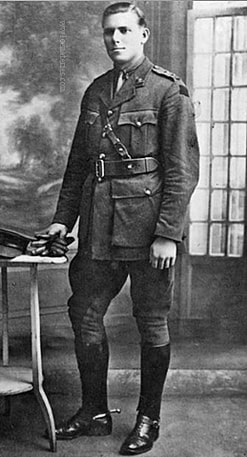 His headstone bears the inscription; "He Hath Fought The Good Fight."
​
Mortally wounded by a shell while at the Gun-Pits near Strazeele, he was taken to a Dressing Station but died there. His reported last words after being hit were "Pick me up." 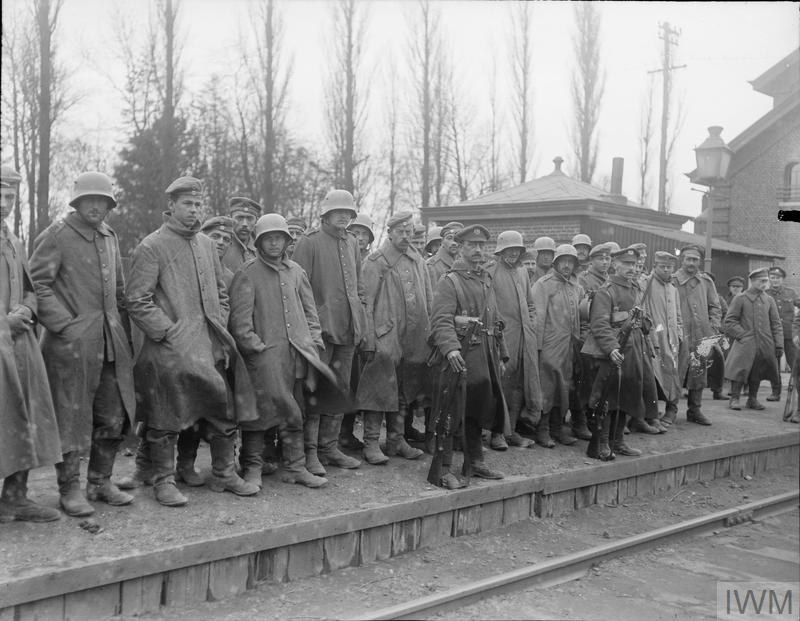 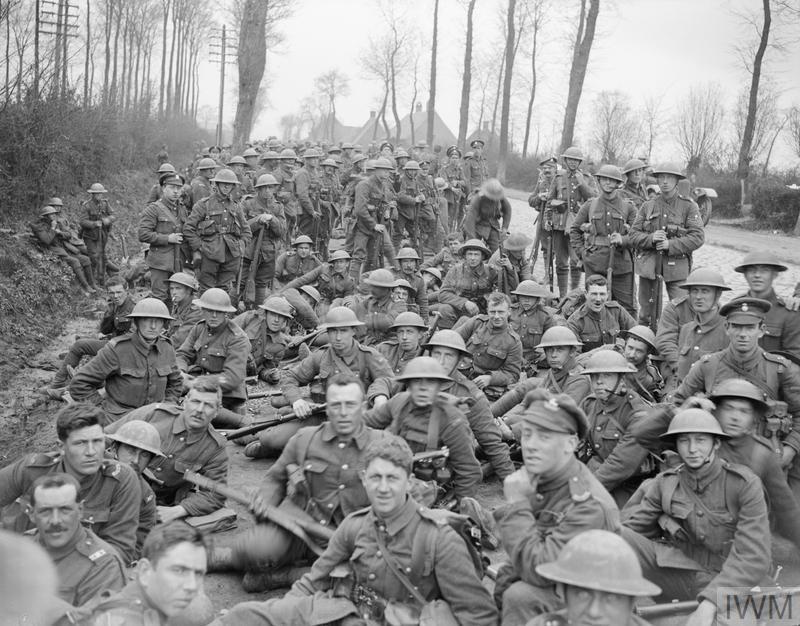