Leuze Communal Cemetery is located midway between Mons and Tournai. From Tournai the N7 Chaussee de Tournai leads to the small town of Leuze en Hainaut. Shortly after crossing the railway bridge on the boulevard du Prince Regent lies the right hand turning onto the chemin du Vieuxpont. The second left hand turning onto the chemin de Beloeil leads for 600 metres to the cemetery itself. The British plots are in the South corner of the cemetery, a little to the right of the entrance.

Visitors should note that this site is restricted to normal cemetery opening hours.

Leuze was in German hands from August 1914, until it was entered by Commonwealth forces on 10 November 1918. The communal cemetery was used by German medical units and, during the last fortnight of November 1918, by No. 44 and No. 2 Canadian Casualty Clearing Stations.

The cemetery contains 58 Commonwealth burials of the First World War. There are also four Second World War burials, two of them unidentified, dating from May 1940 and the withdrawal of the British Expeditionary Force to Dunkirk ahead of the German advance. 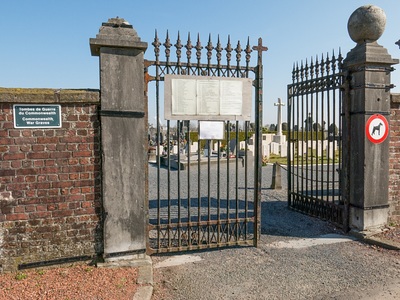 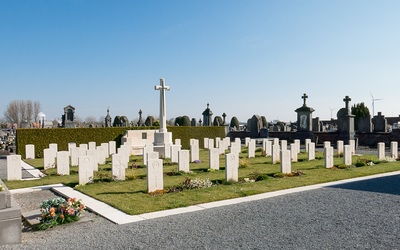 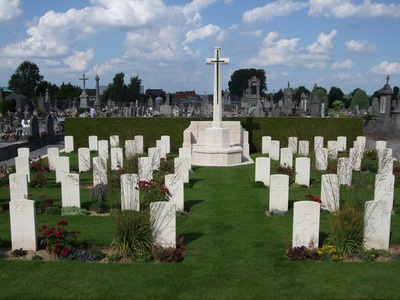 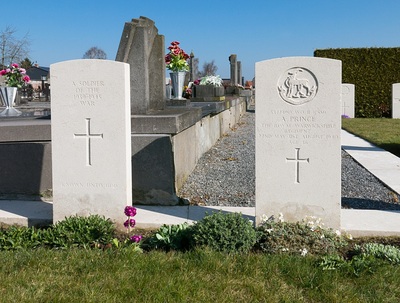 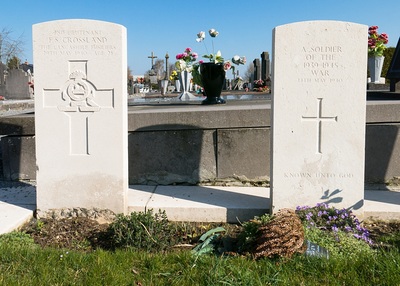 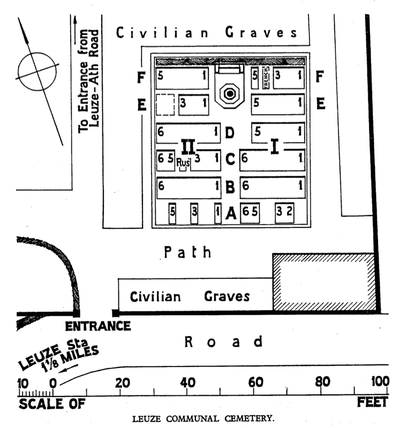 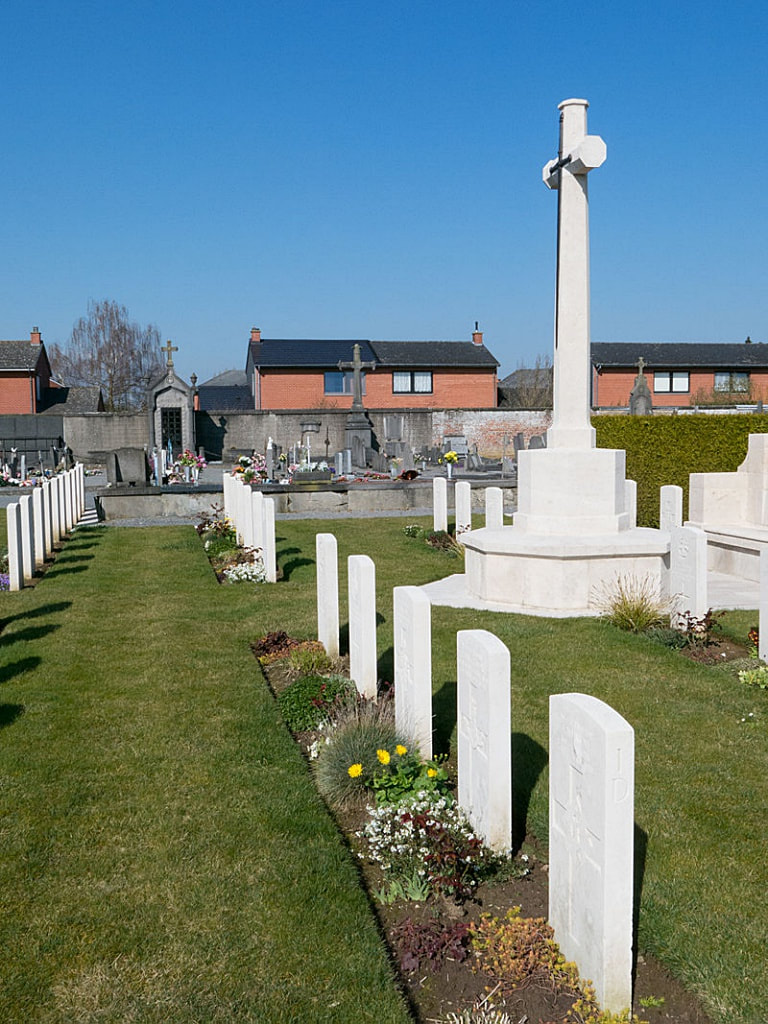 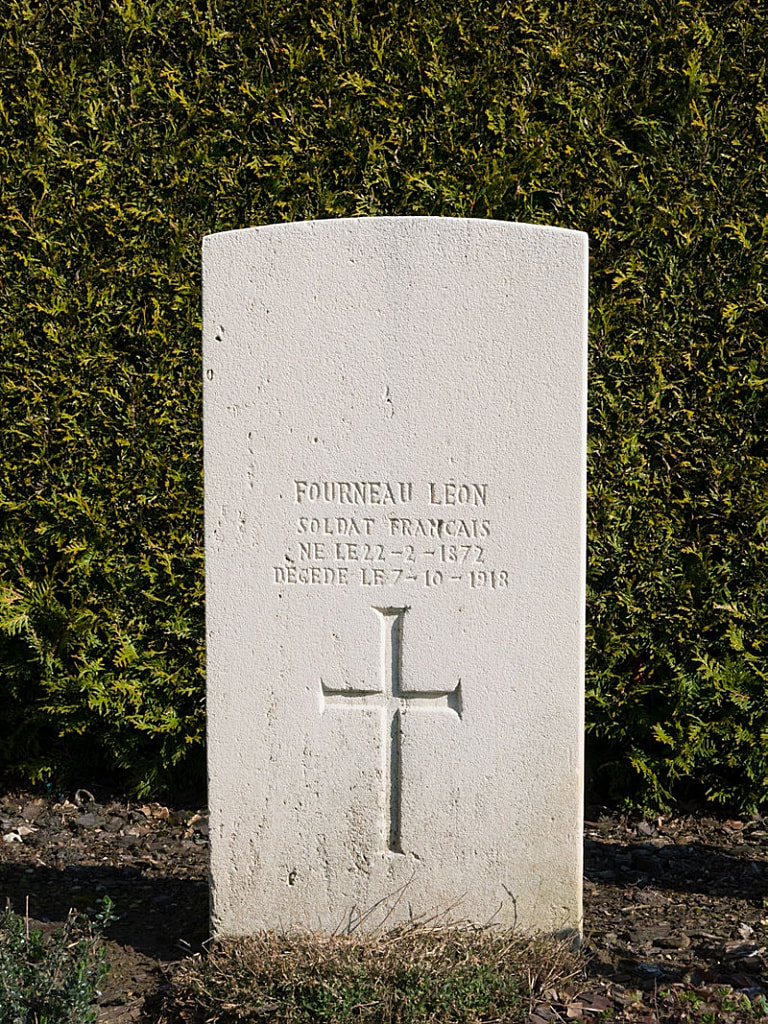 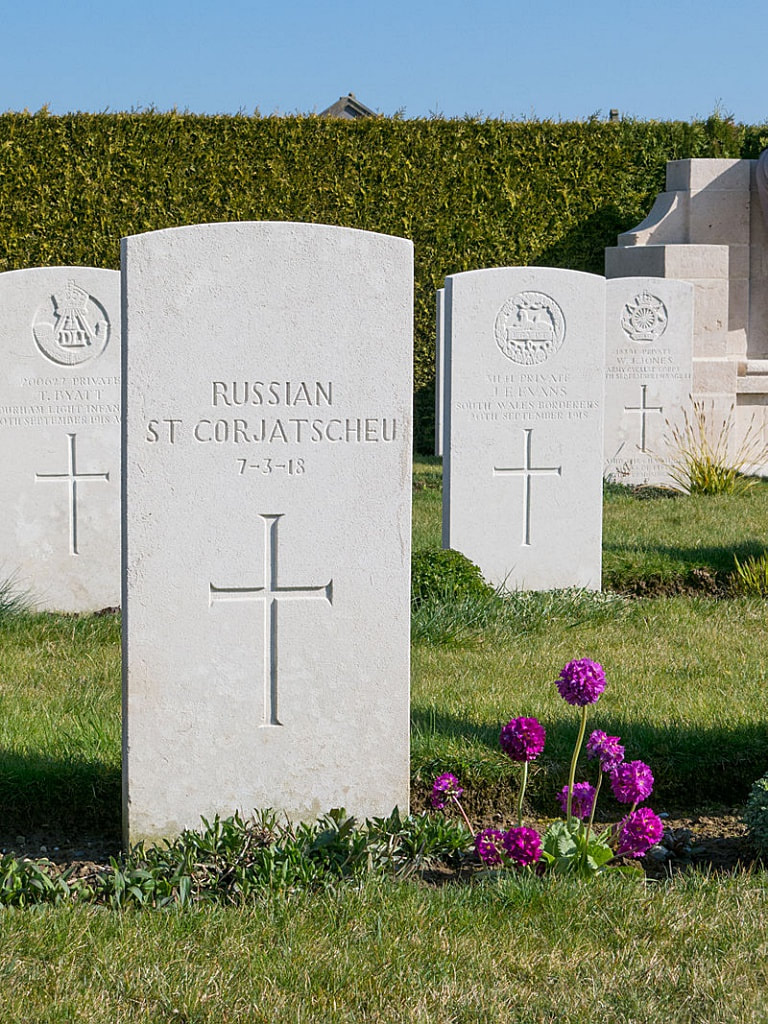