Lihons is a village and commune in the Department of the Somme on the road from Amiens to Nesle. The French National Cemetery is on the north side of this road and on the west side of the Bois Crepey.

It was begun (as the Cimetiere des Pommiers) in January, 1915, add enlarged after the Armistice by concentrations from the battlefields and from other Military Cemeteries. It contains the graves of 6,581 French soldiers (many of whom fell in August, 1914), and five soldiers from the United Kingdom and one from Canada who fell in March and August, 1918. Two of the British graves are unnamed. 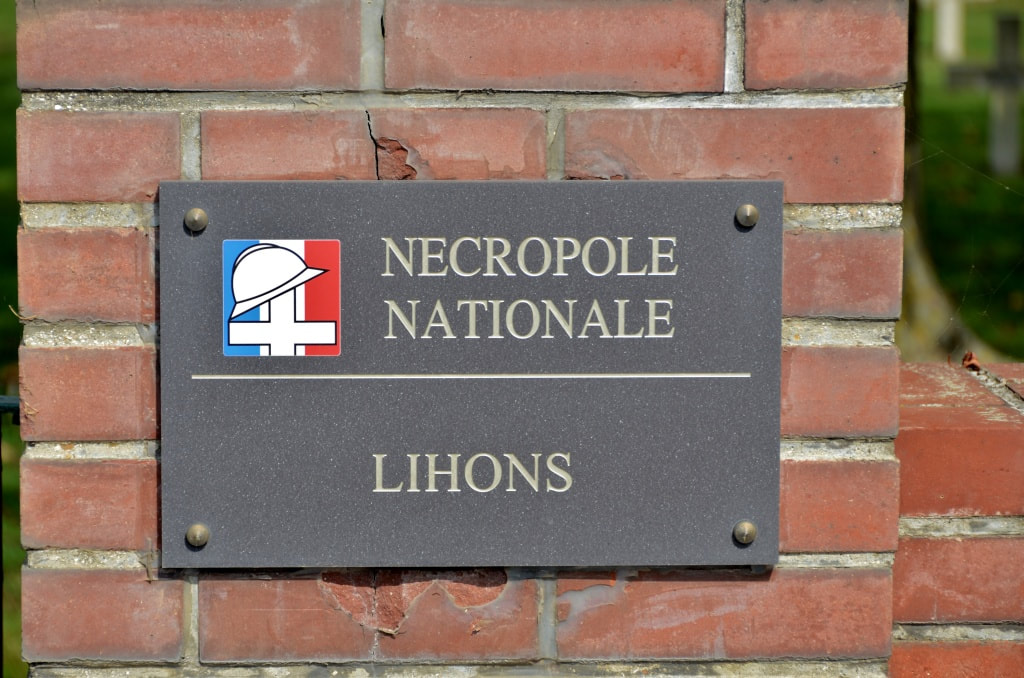 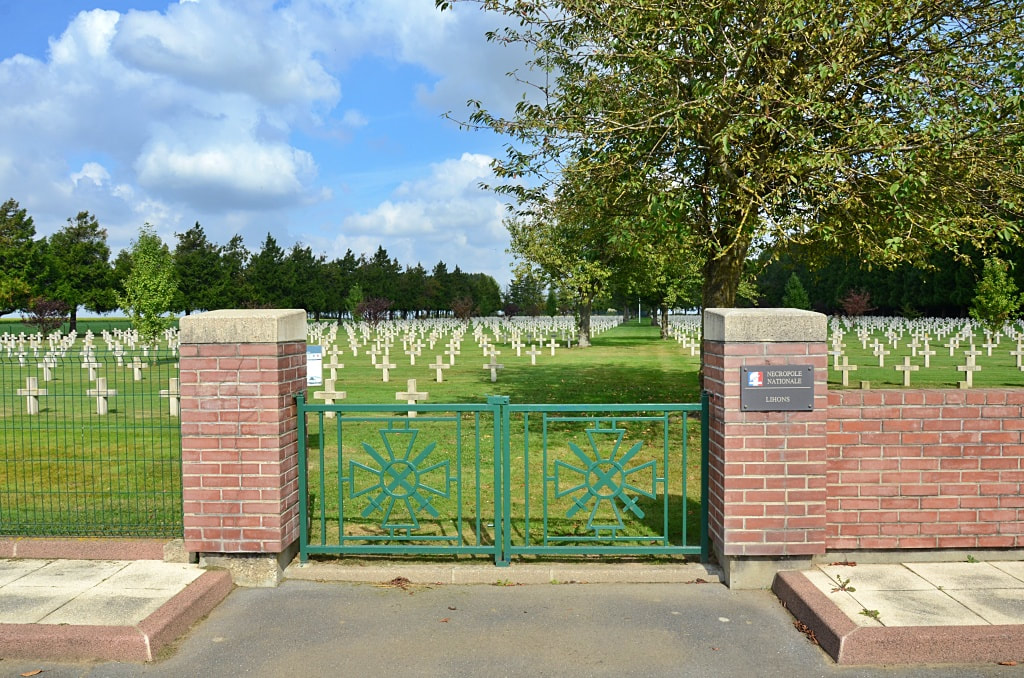 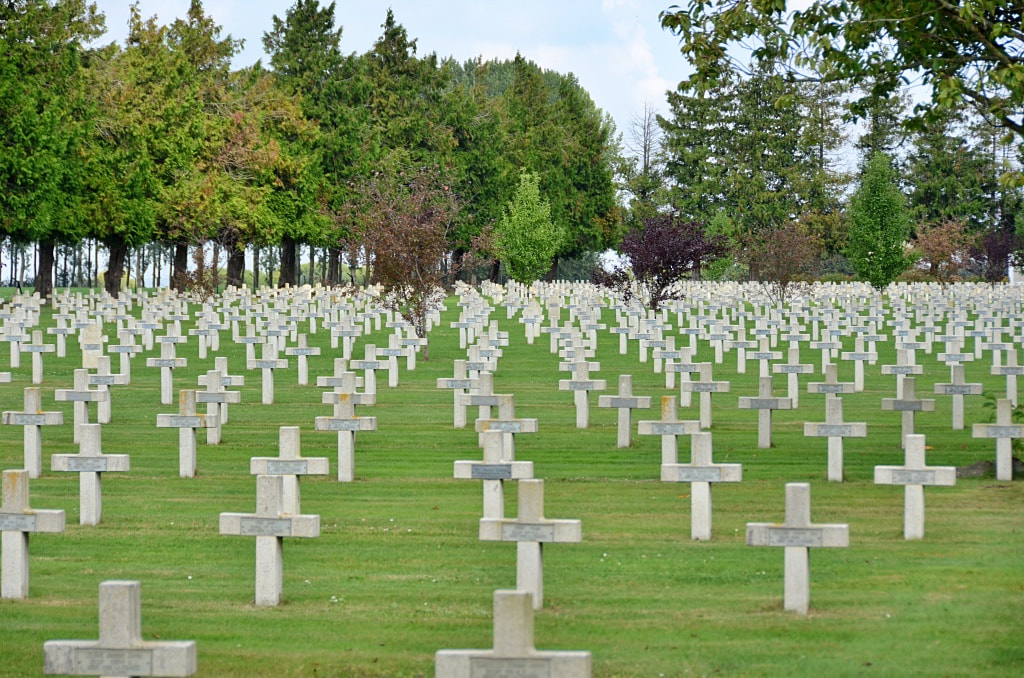 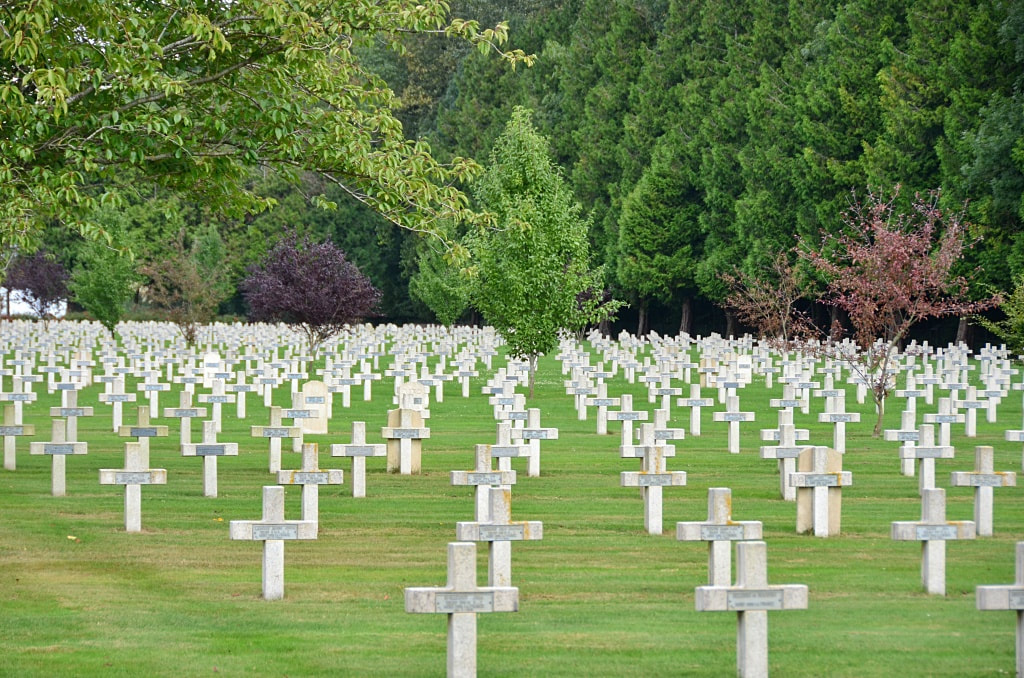 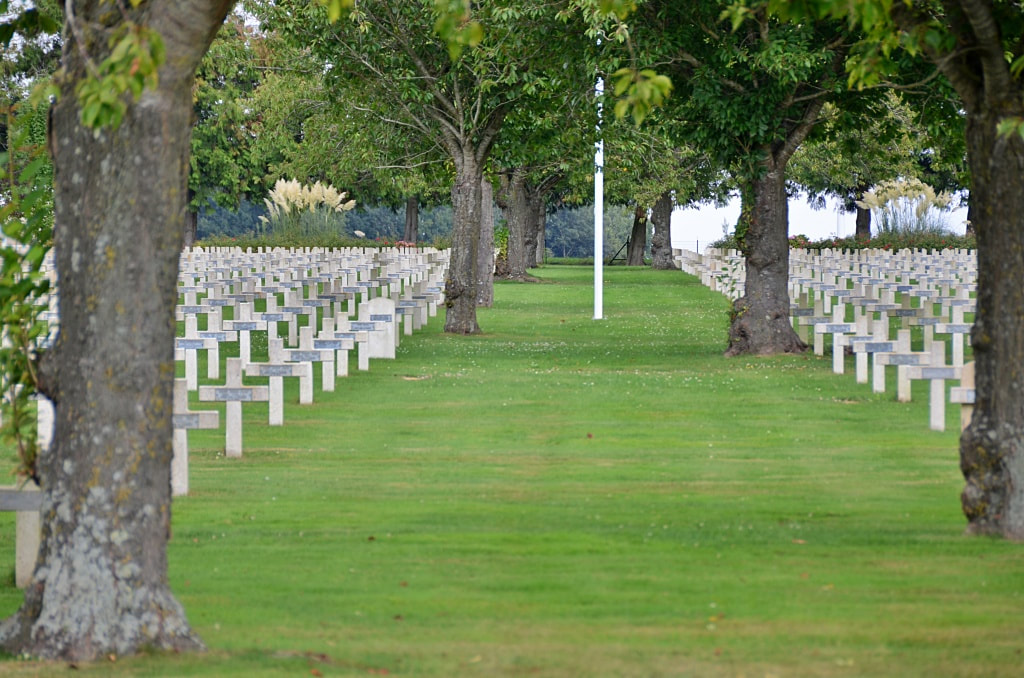 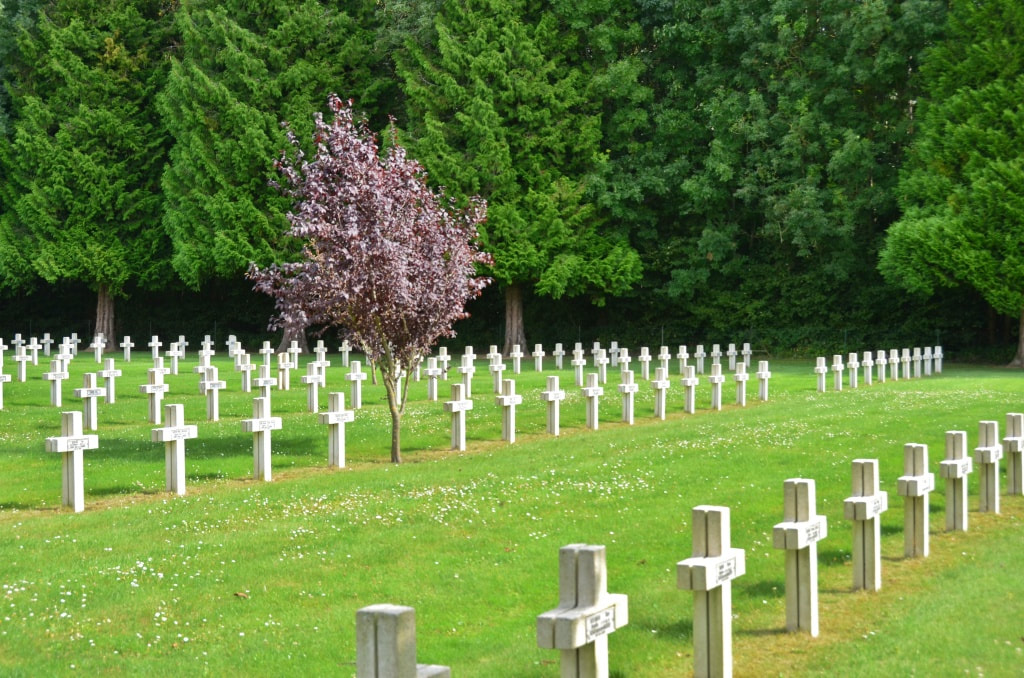 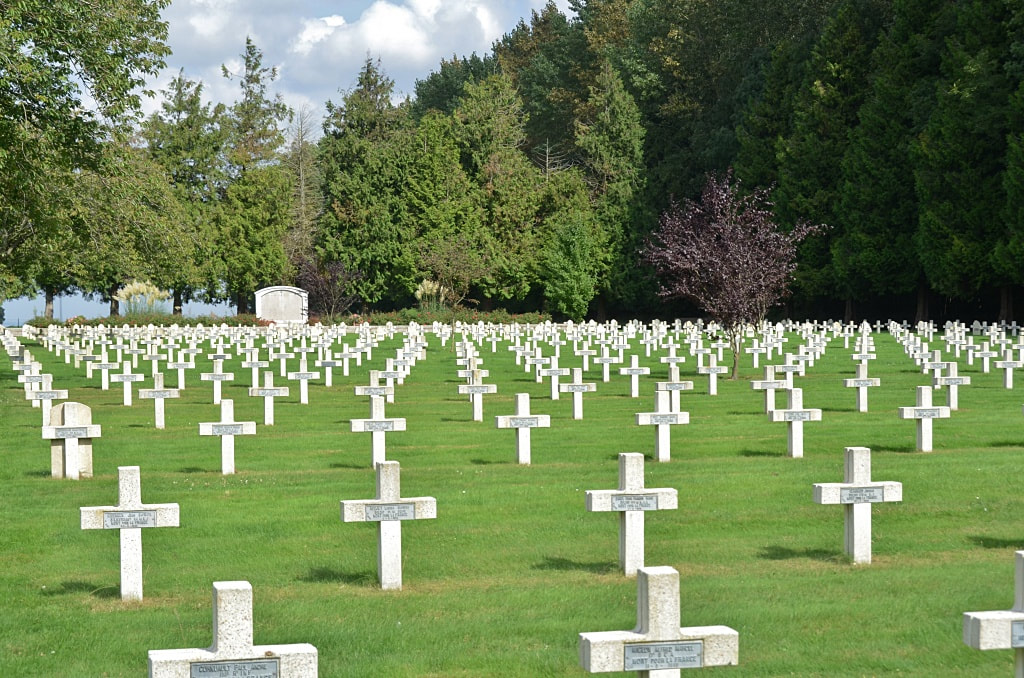 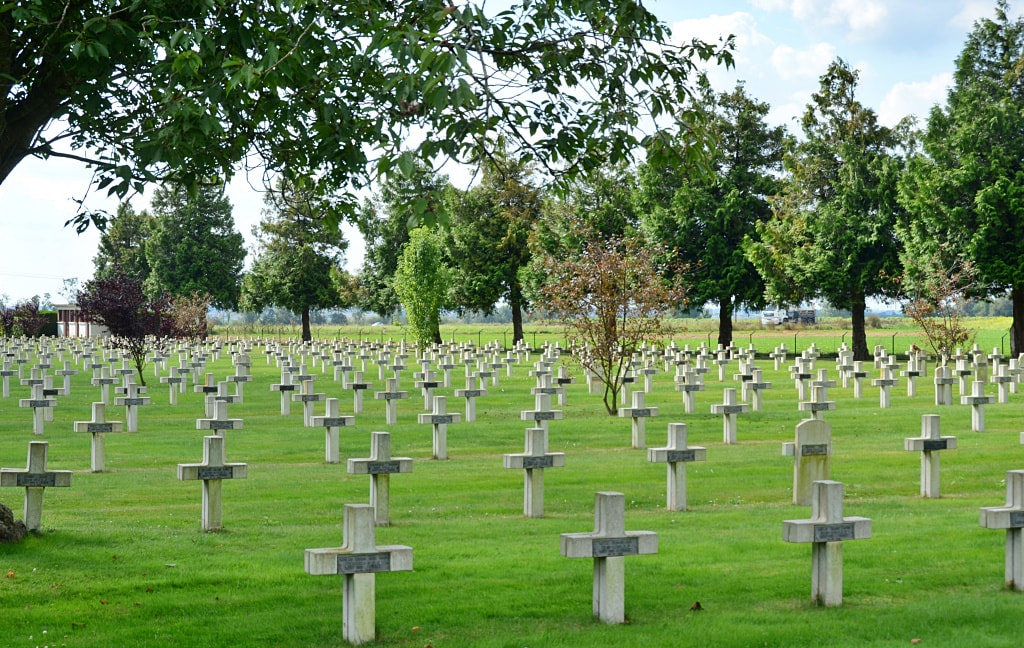 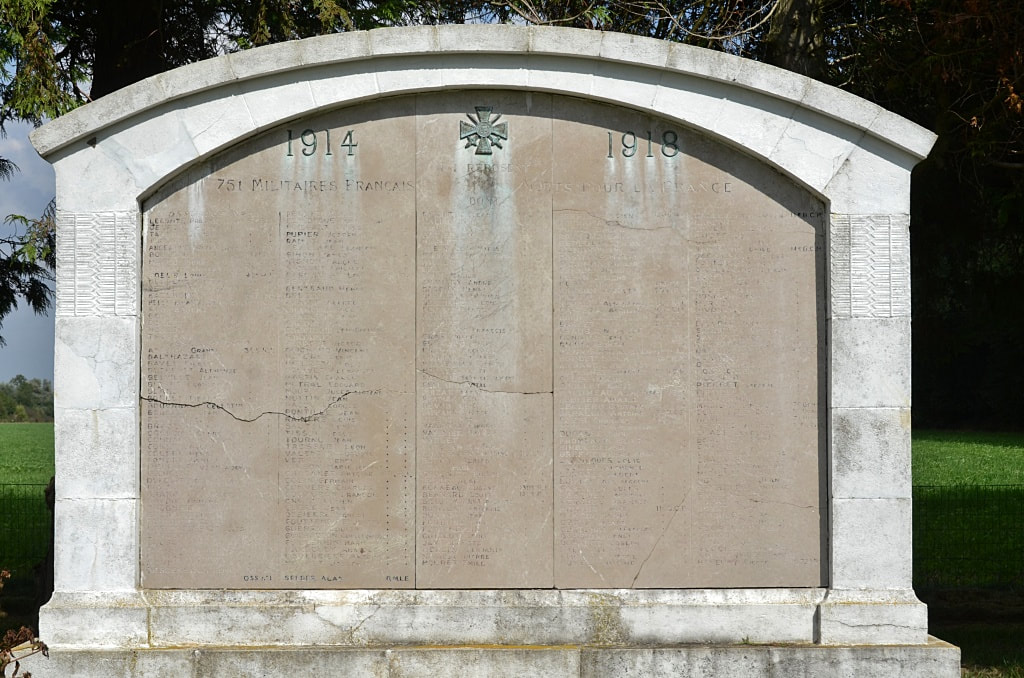 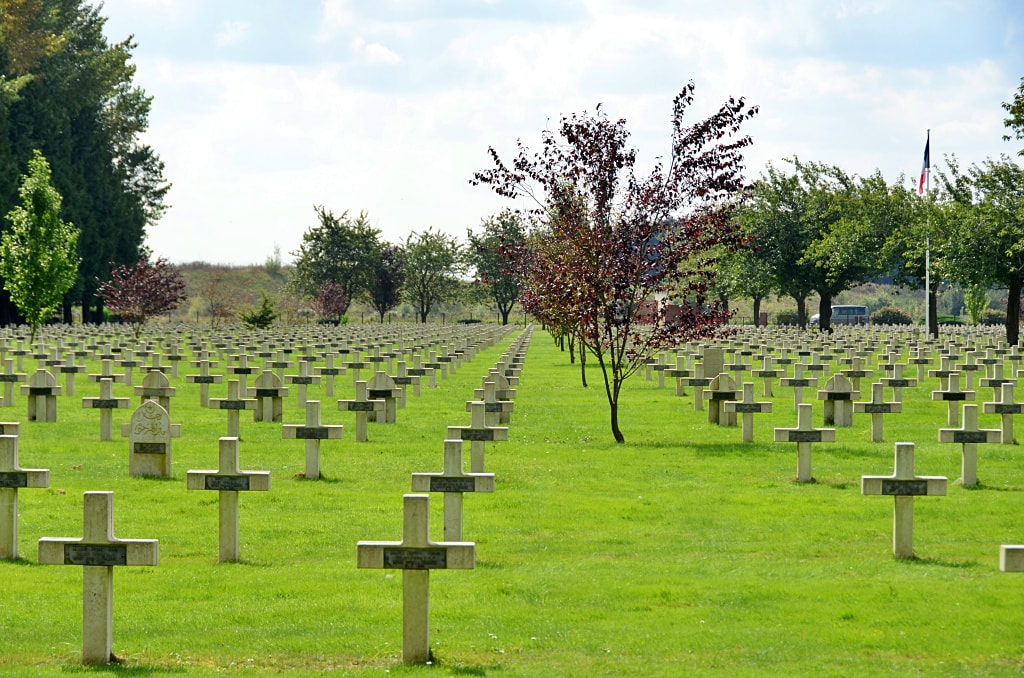 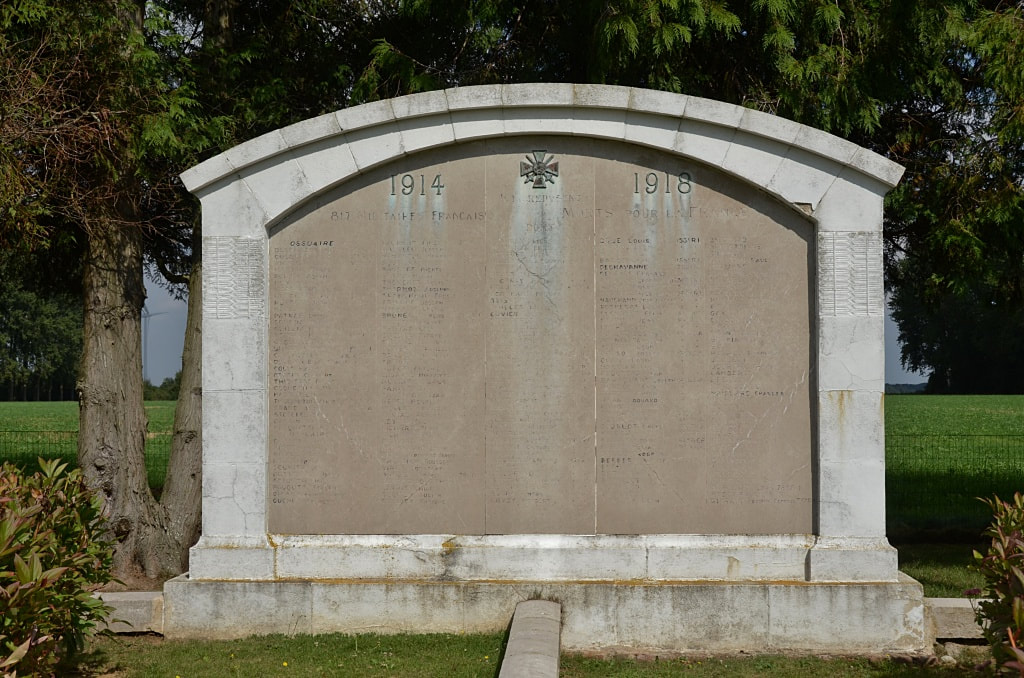 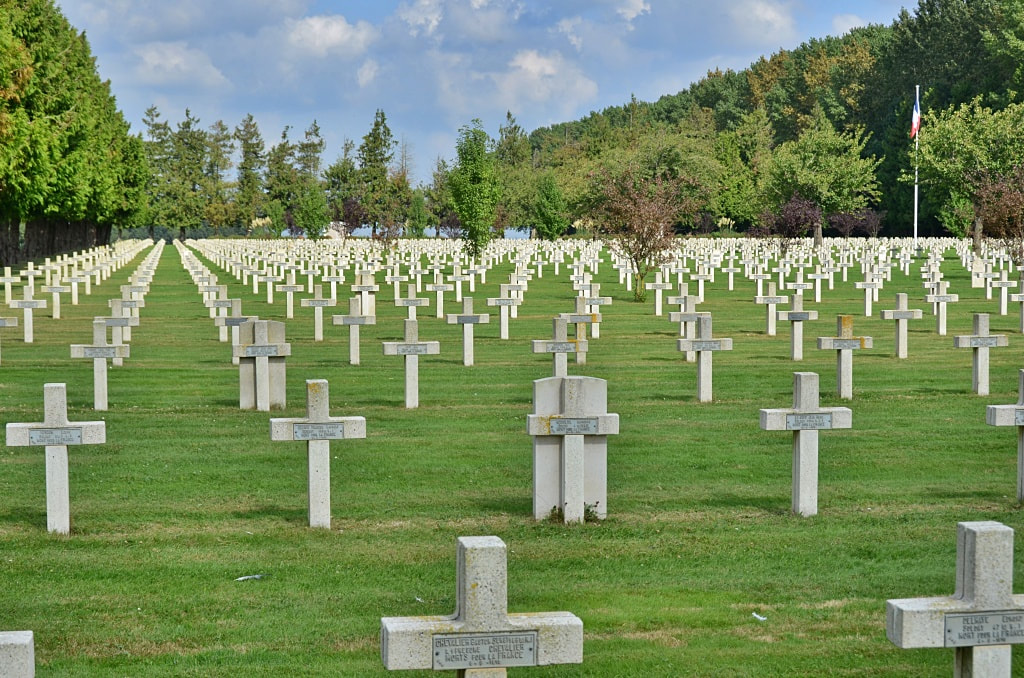 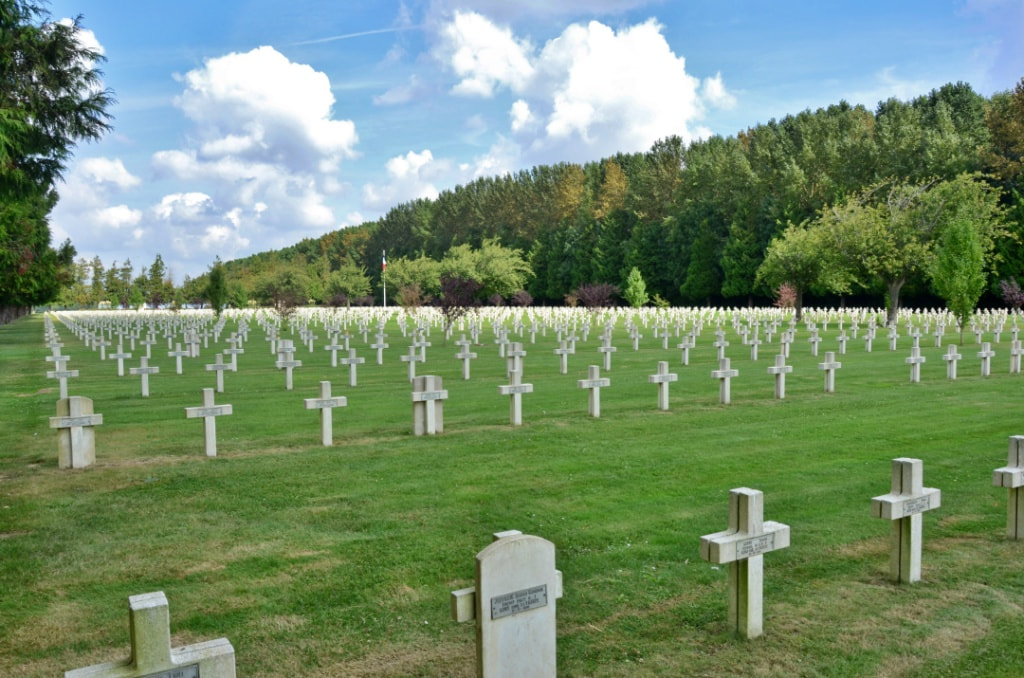 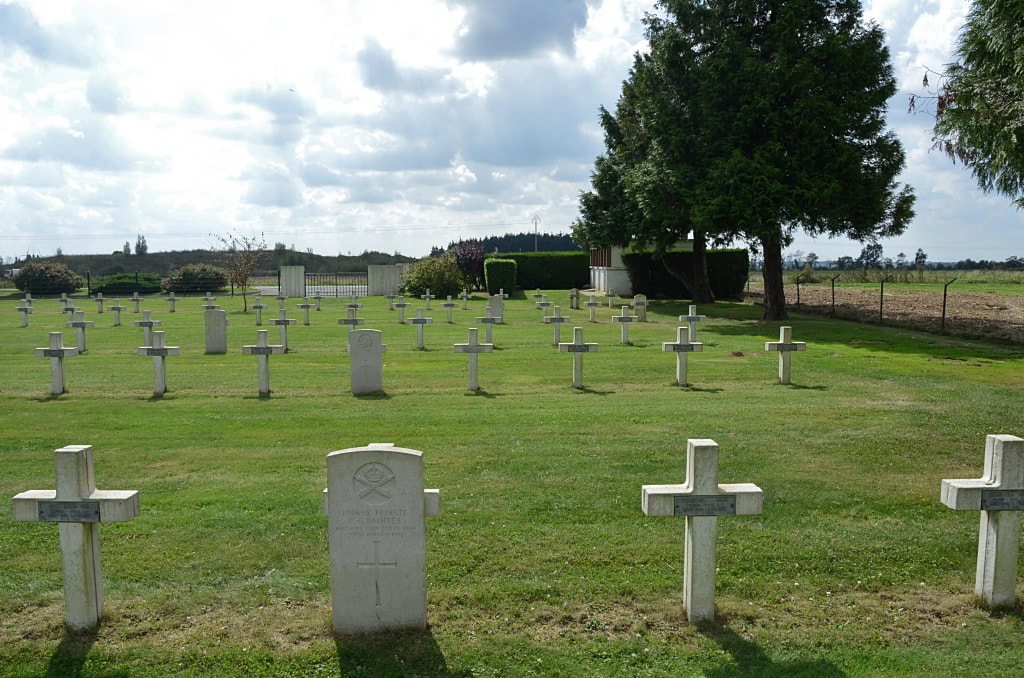 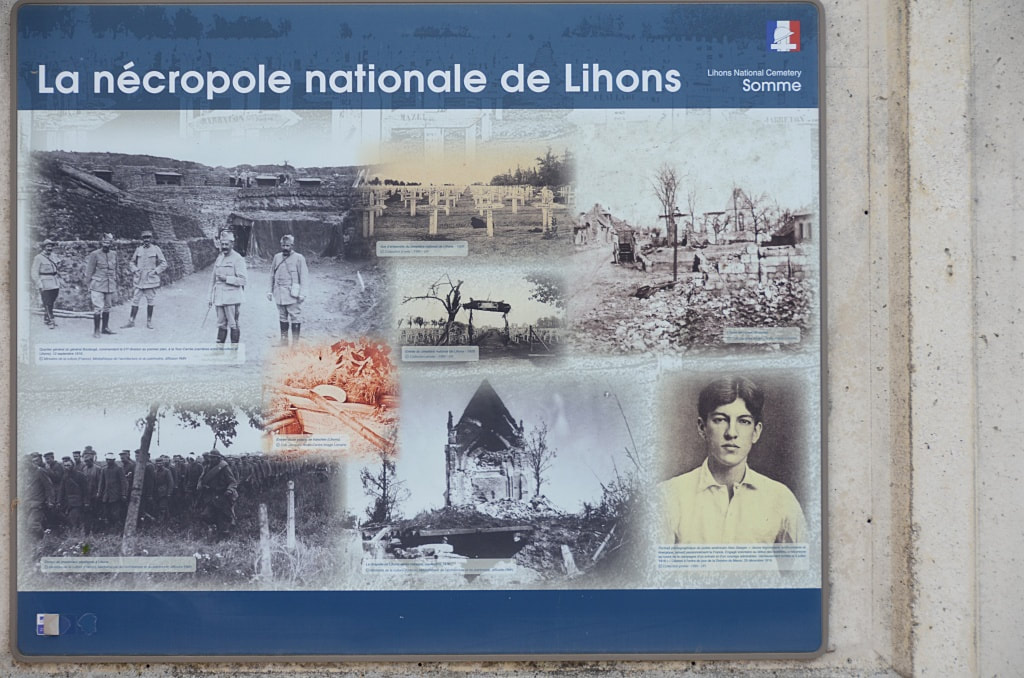 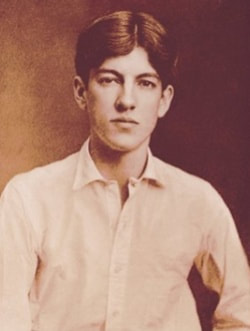 
American poet Alan Seeger is best remembered for "I Have a Rendezvous with Death," a poem that foreshadowed Seeger's death in battle during World War I.

Seeger lived a bohemian (unconventional) lifestyle in New York's Greenwich Village before moving to France in 1912.

When war broke out in 1914, he was one of the first Americans to enlist in the French Foreign Legion (a branch of the French military open to foreigners). In letters to his family and to American periodicals, he expressed the idealism and courage of many young men of his generation who answered the call of duty in World War I.

On the Fourth of July 1916, nearly a year before the United States entered the war, came Seeger's own death, as he fell in battle while trying to liberate a French village from the Germans.

​ A collection of his works, Poems, was published in 1916 and included several dozen lyrics, odes, and sonnets. "I Have a Rendezvous with Death" is the only one that is well-known today.
​ 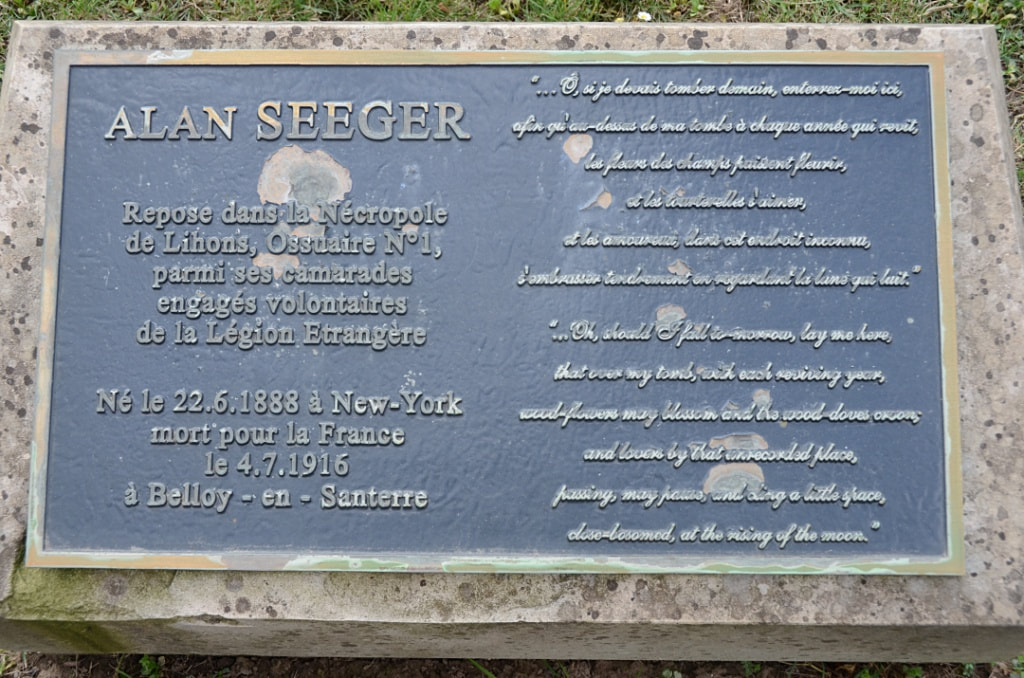 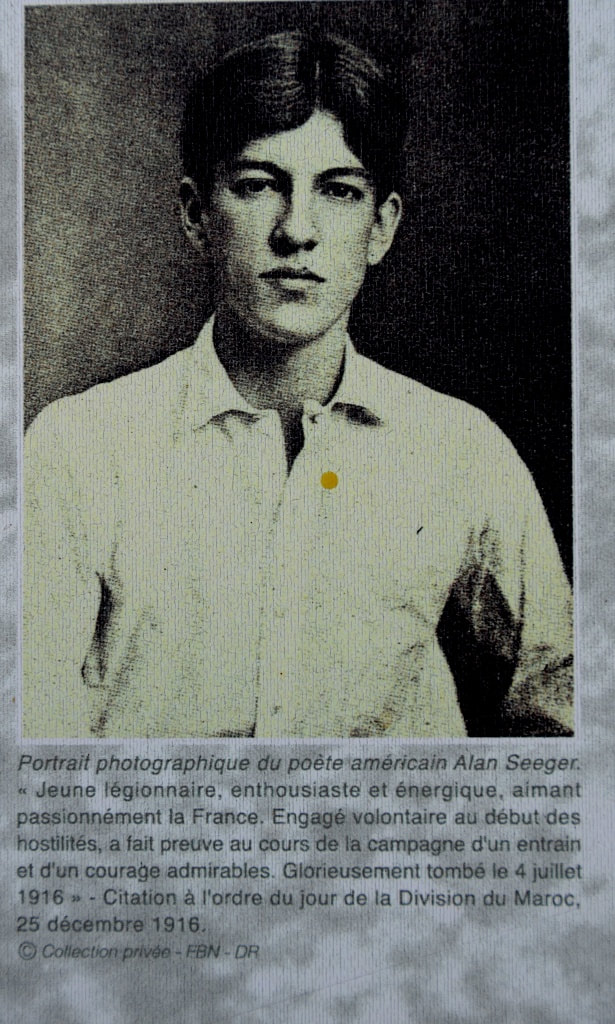 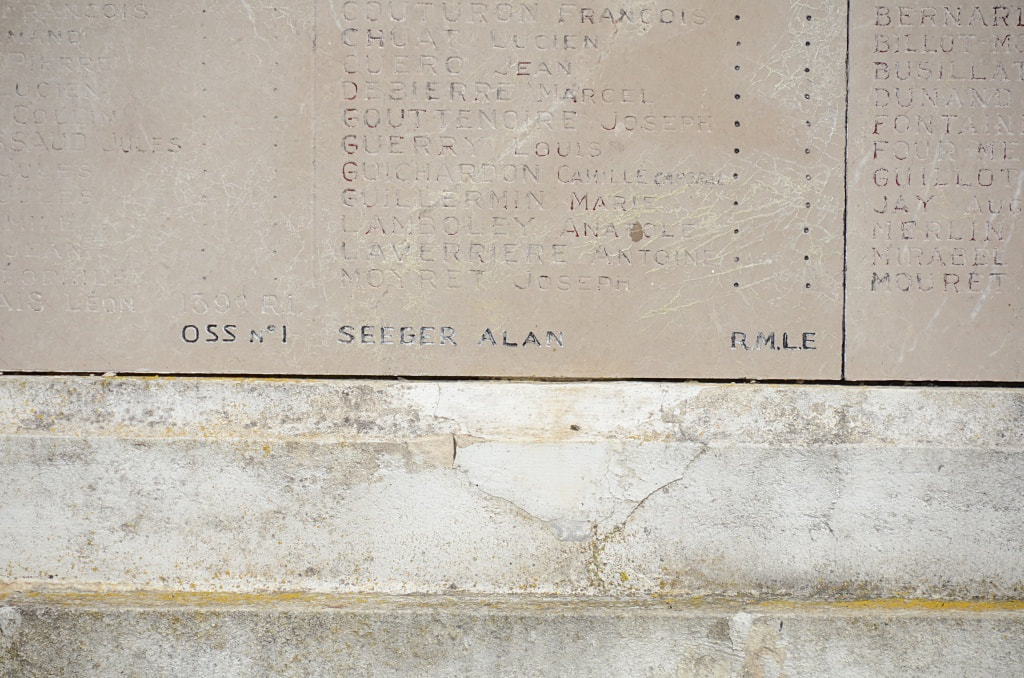 I Have a Rendezvous with Death

​I have a rendezvous with Death

At some disputed barricade,

When Spring comes back with rustling shade

And apple-blossoms fill the air--

I have a rendezvous with Death

When Spring brings back blue days and fair.


It may be he shall take my hand

And lead me into his dark land

And close my eyes and quench my breath--

It may be I shall pass him still.

I have a rendezvous with Death

On some scarred slope of battered hill,

When Spring comes round again this year

And the first meadow-flowers appear.

Pillowed in silk and scented down,

Where Love throbs out in blissful sleep,

Pulse nigh to pulse, and breath to breath,

Where hushed awakenings are dear ...

But I've a rendezvous with Death

At midnight in some flaming town,

And I to my pledged word am true,

I shall not fail that rendezvous. 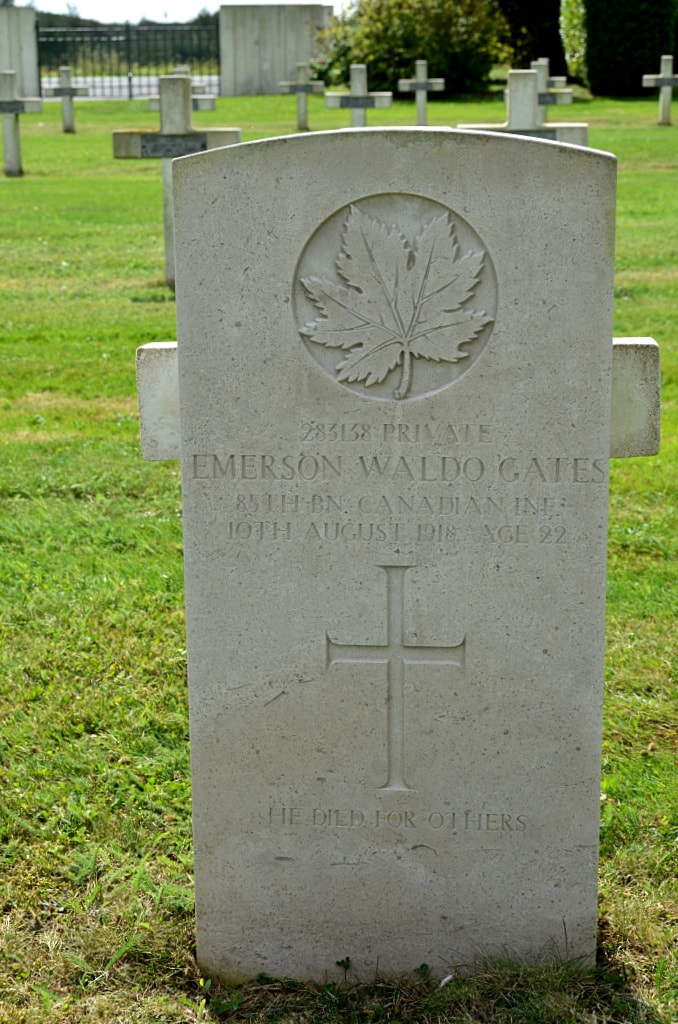 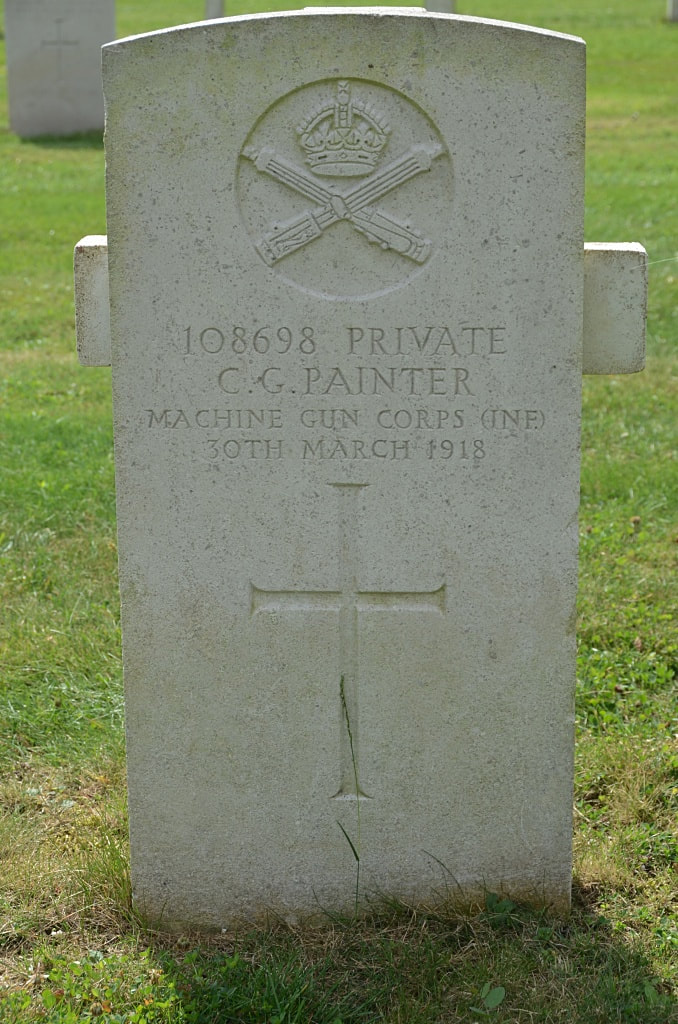 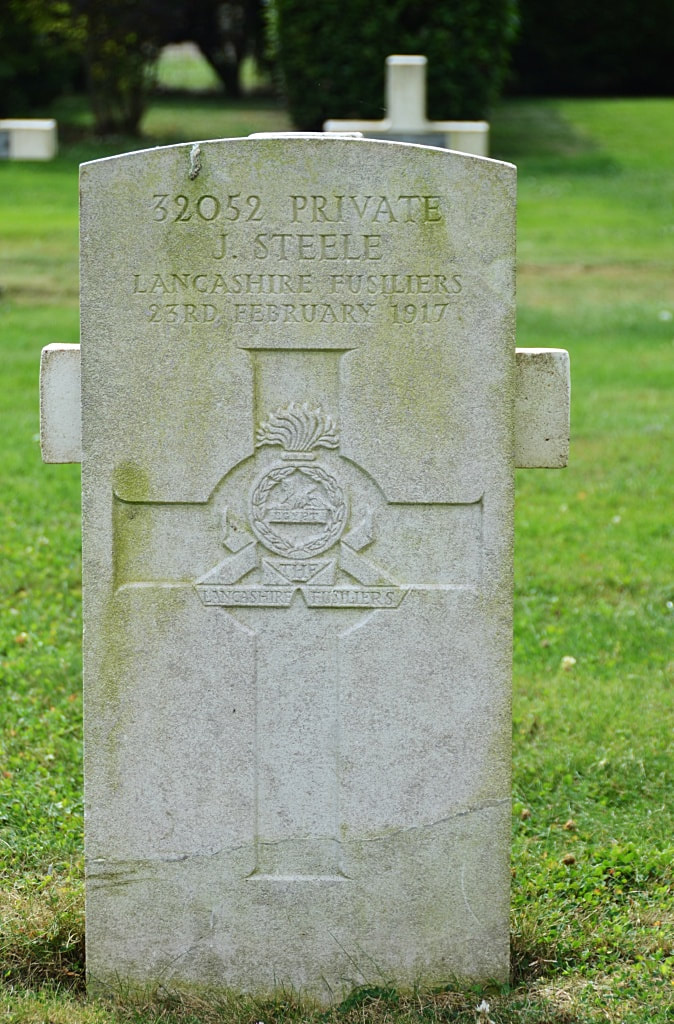 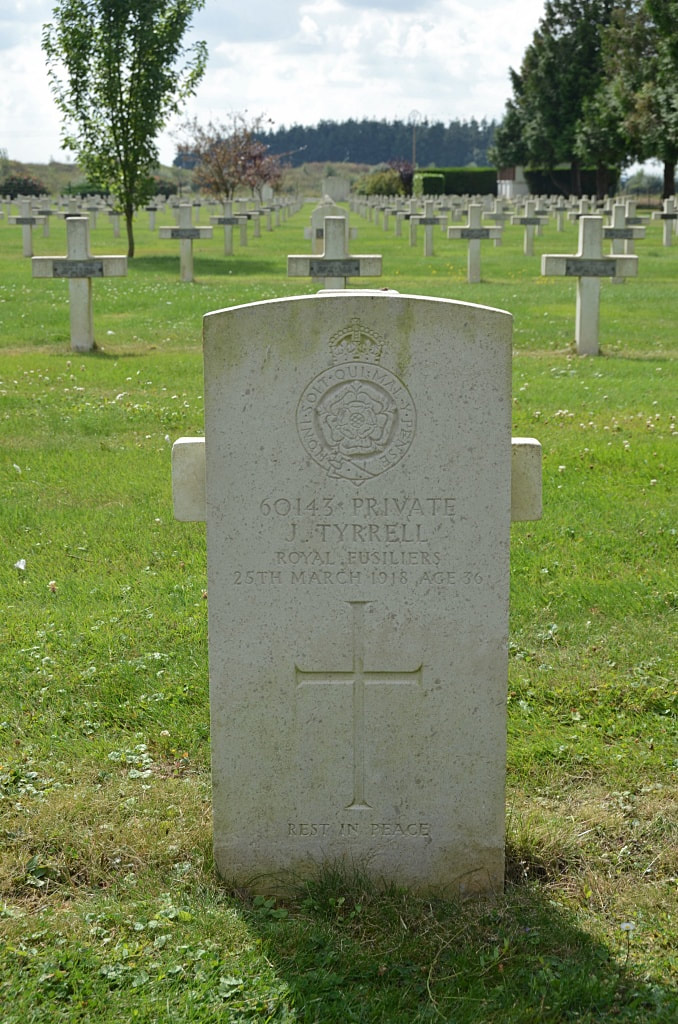 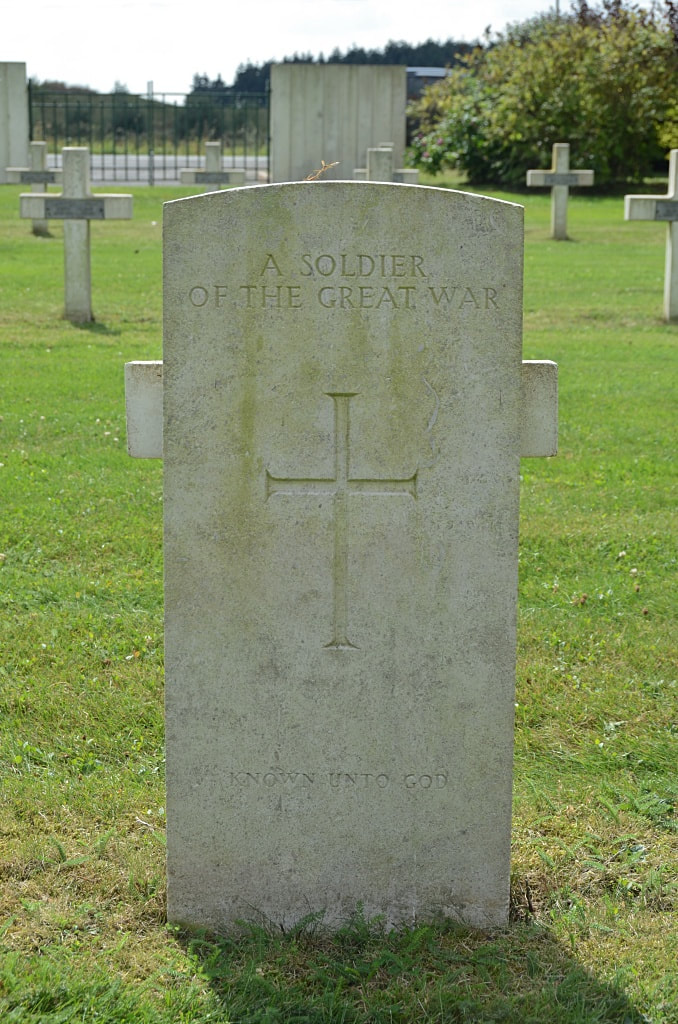 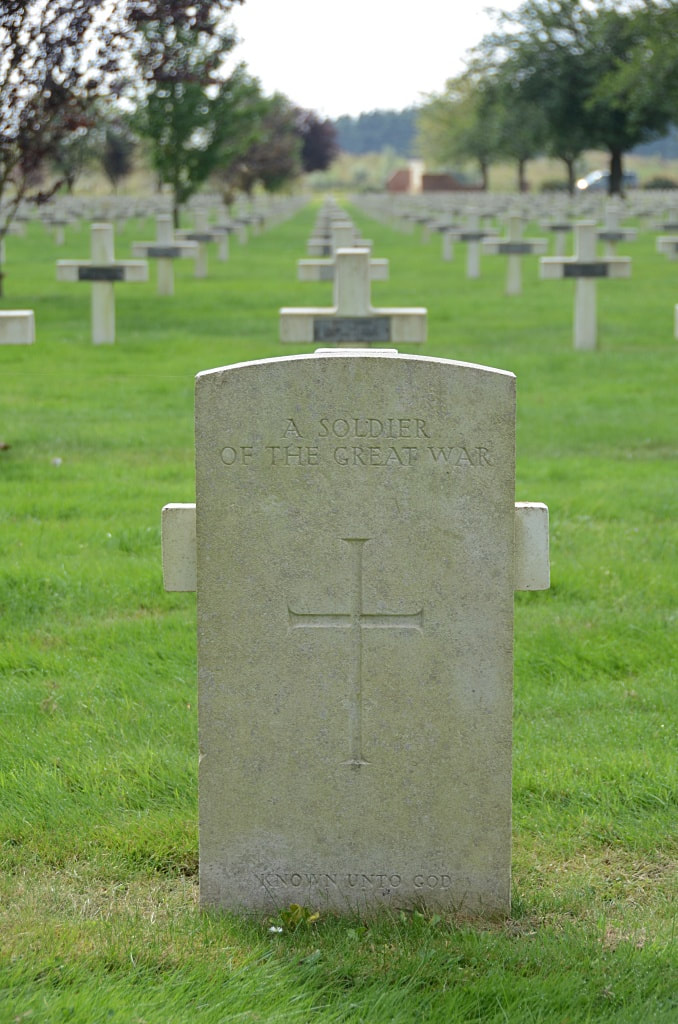 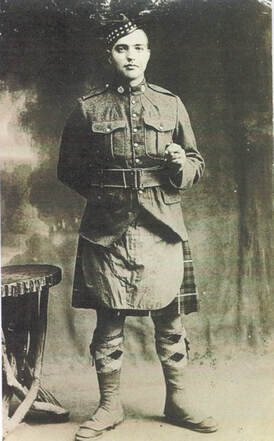 His headstone bears the inscription "He Died For Others"

Private Gates enlisted with the 219th Battalion and trained at Aldershot. He sailed for England in October 1917 and spent two months trining at Bramshott, England. He arrived in France on December 16, 1917 and was transferred to the 85th Battalion. He fought for nine months in France. On August 10, 1918, two days after the Canadians launched their successful offensive near Amiens. Private Bates was doing scout" work when shot by a sniper. His parents would not learn of his death until after Labour Day, 1918.
​
His brother, Justin Gates named his son, Gerald Waldo. Sergeant Gerald Waldo Gates (R/65223) was an RCAF pilot who lost his life on September 12, 1941 and he is buried in Rosskeen Parish Churchyard Extensions (or Burial Ground) in Scotland