The grave of 2nd Lt Philip Frederick Cormack is situated in the French Military Cemetery which is located in the Dorpstraat in Machelen. Machelen is a sub-commune of Zulte, located in the province of East-Flanders and approximately 25 km south west of Gent.

When entering the cemetery turn right at the flagpoles and go down to the 6th double row on the left. The Commonwealth grave is the 12th headstone in the row, counting from left to right.

No of identified casualties: 1. 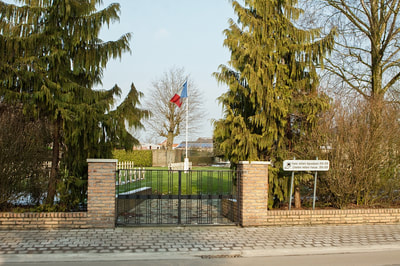 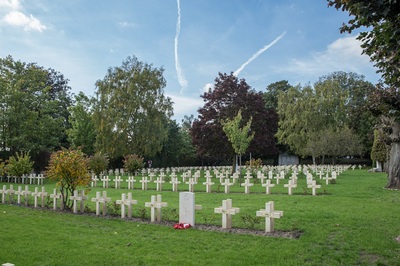 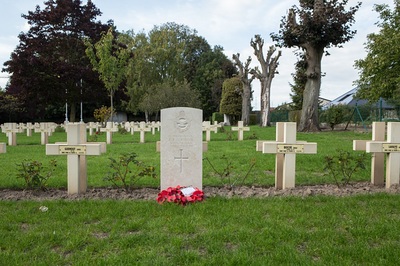 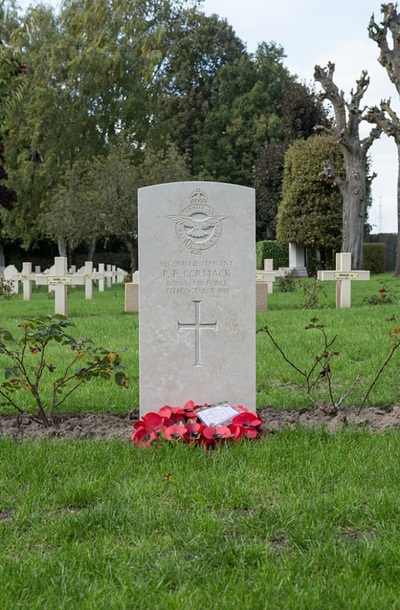 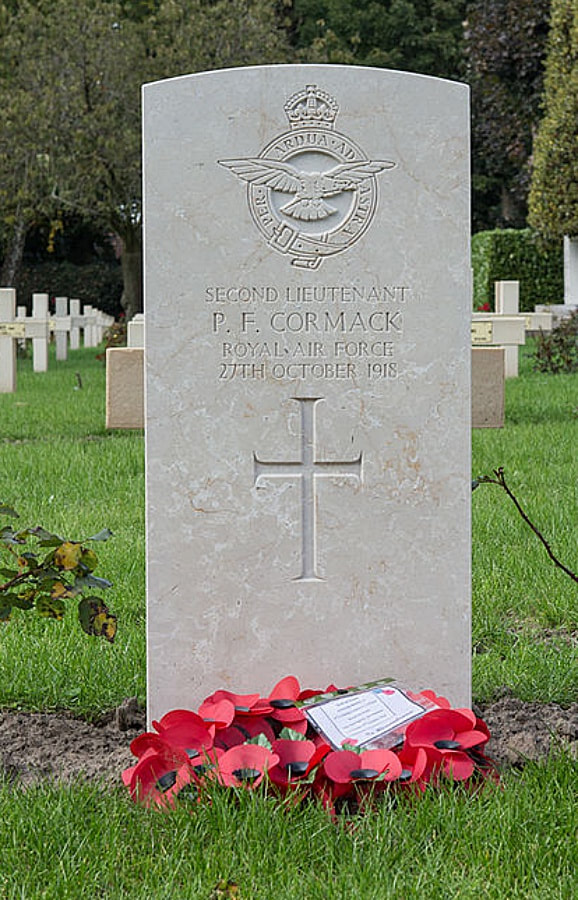 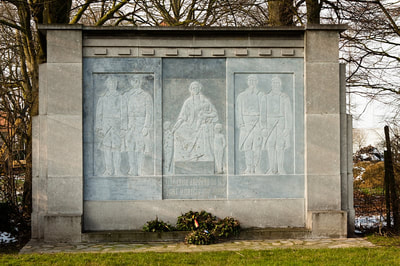 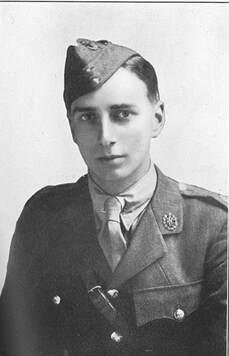 This is the story of a young British fighter pilot, who paid the
Ultimate sacrifice during the 1stWorld War and is not forgotten!

The loss of a family member or friend in war is painfully sad for relatives and friends, but for the lost one not to have a known grave is even more distressing. This is the story of a young officer, Philip Cormack, who served as a Second Lieutenant on 204 Sqn, Royal Air Force and was shot down near Machelen Belgium, on 27thOctober 1918.

Philip came from a typical Victorian family and had two brothers and three sisters. The family lived in Romford, North London. Both his older brothers enlisted in 1914; the eldest, Cecil, joined the Dragoons and after initial training was posted to Egypt. The other, Reggie, joined the Royal Army Service Corps and soon found himself in France. In 1915 Reggie was wounded and after recovering in England, was commissioned into The Durham Light Infantry. On 13thJune 1916 he returned to France and on the 1stJuly, the first day of the Somme Offensive, he was one of nearly 20,000 killed during the initial advance. He was buried on the battle field and has no known grave, but is remembered on the Thiepval War Memorial.

Philip was born in 1899 and at the start of the war was only 15 years old. In 1912 he joined the Sea Scouts and by 1915 was a King Sea Scout and his reputation within the Scouting movement had been noted by the Admiralty. At the beginning of 1915 he left school and started work at Lloyds where his two older brothers had worked before the war. Early in 1916, although still only sixteen, he was invited by the Admiralty to volunteer to join a Motor Torpedo Boat Squadron at Newhaven.  For the next 10 months he acted as a lookout and took part in torpedo operations against German shipping both in the Channel and the North Sea. In November he returned to his duties at Lloyds and in August 1917, at the age of eighteen, he enlisted in the Royal Flying Corps as a pilot.

Philip’s Officer Cadet Training was conducted at Oxford University and on commissioning he was posted to RAF Eastchurch on the Isle of Sheppey for basic flying training on the Sopwith Scout and Avro 504. The greatest challenge that pilots faced in the early days of flying was the unreliability of the aero engines that had been developed. In the war years nearly eight thousand u/t pilots and pilots lost their lives when engines failed in flight and the pilot was unable to find a suitable place to land. If they were lucky enough to land, once on the ground, they had to walk back to their airfield to get help or, would have to endure a ride in a Crossley tender to the nearest hospital. Reading Philip’s flying logbook and his frequent letters home it is clear that he was not, let us say, “A natural pilot.”

During his first solo flights Philip either landed nose down or tail down which resulted in numerous accidents and aircraft write-offs much to the CO’s displeasure! It is also true that Philip had more than his fare share of engine failures which he survived with nothing more than a few bruises. In spite of the accidents, Philip was assessed as having the potential to be a very good pilot once he mastered the ability to judge the height of an aircraft from the ground and the aptitude to land. In February 1918 he was deemed competent and posted to RAF Wye, just north of Ashford, Kent, to undertake training in the art of air combat.  Again he had accidents and we, his family, have many trophies from these exploits including a propeller and joystick from a Sopwith Scout he crashed. Even on his last day at RAF Wye he had an engine failure and had the misfortune to crash into an apple tree. However, the CO assured him that in the same circumstances he would have done the same and wished him well in France.

In September 1918 he flew to an airfield near St Omer and joined 204 Sqn which was equipped with Sopwith Camels. It is clear that he quickly fitted into his new unit and over the first month on the Squadron shot down three German aircraft. On the 3rd October he was shot through the collar of his flying coat, an experience that stunned him and gave him a stiff neck. It was at this time that he wrote home complaining of being very tired, though he continued to fly up to three sorties per day.

In mid October the French launched a large offensive in the area of Courtria, east of Ghent in Belgium and 204 Sqn moved forward to the town in support. On Sunday morning of the 27thOctober, 15 of the Squadron aircraft took off on a bombing mission. They had only been airborne about ten minutes when they were surprised by 40 Fokkers that attacked out of the sun. One Fokker was shot down but quickly the superior numbers began to tell and the squadron lost four aircraft before they broke off the engagement. One of the pilots that was shot down was captured and taken prisoner whilst the other three were killed, two had their bodies recovered and are buried in an allied cemetery. Sadly, the third pilot to be killed was Philip but his body was not recovered and he was listed as “Killed in action, no known grave” and so it was for the next 93 years.

Then by chance in 2011, a Belgian aeronautical researcher noticed an anomaly on a French cross on a grave in the French cemetery at Machelen west of Ghent. The cross bore a name which he knew to be English. Why was an Englishman buried in a French cemetery? The French authorities were able to confirm that they had no person with that name fighting for France during the war and following an approach to the Commonwealth War Graves Commission (CWGC) all was revealed, when they confirmed that they knew all about this serviceman as he was remembered on the Arras Flying Service Memorial, a memorial designed to remember those airmen with no known graves.

Following further research by the Belgian researcher it appears that Philip when he was shot down was found by either French soldiers, who were fighting in the area, or by Belgian farmers and he was buried in a shallow marked grave and at a later date reburied in the Machelen French cemetery, where he was assumed to be French and the cross on his grave was inscribed:

Over the next few years, and with French approval, the name 2ndLieutenant P.F. Cormack was removed from the memorial in Arras and during December 2013 a new British headstone was placed on his grave in Machelen. The War Graves Commission confirmed they were aware that it would be very unlikely that they would be able to identify the family from which Philip came as all his own close family would be dead. Nevertheless they posted it as headline news on their website.

Again, by chance in January this year I contacted the Petersfield Museum in Hampshire to enquire of the Curator whether they were going to put on a display to remember the centenary of the start of the 1stWorld War. The curator confirmed they were but they had very few items to exhibit and she asked if I might have suitable items which could be displayed. Having confirmed that I had a large number of potential exhibit including uniforms and aircraft parts, the next day two staff members arrived to select the items that they thought would be best to put on display. One of the deputy curators took an unusual interest in Philip’s service career and on her return to her office she started her own to research into his background and quickly found from the internet that his name was not on the Arras memorial. She then turned to the CWGC website only to find that a few weeks previously the CWGC had installed a new headstone on the grave of a 2ndLieutenant P.F. Cormack, could this be Philip’s grave?  The CWGC confirmed that it was indeed Philip’s grave and with their help we were able to contact the Belgian researcher to elicit the full story as to how he had discovered the grave three years previously.

Very quickly the story was being reported in the local and national press and the BBC, ITV and BFBS TV made approaches about making programmes. Eventually ITV made two programmes and BFBS TV made one. As part of the second ITV programme the producer took three generations of our family to Belgium to visit Philip’s grave. This poignant visit occurred just days before the centenary of the start of the 1st World War, the war the nation was told was: “The War to end all Wars!” 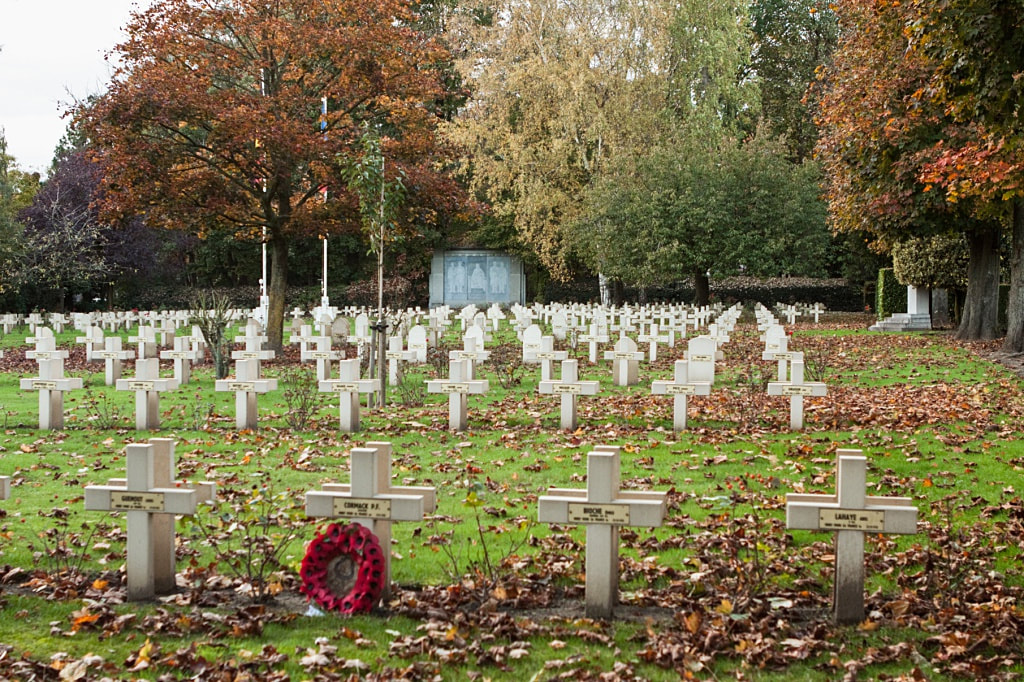 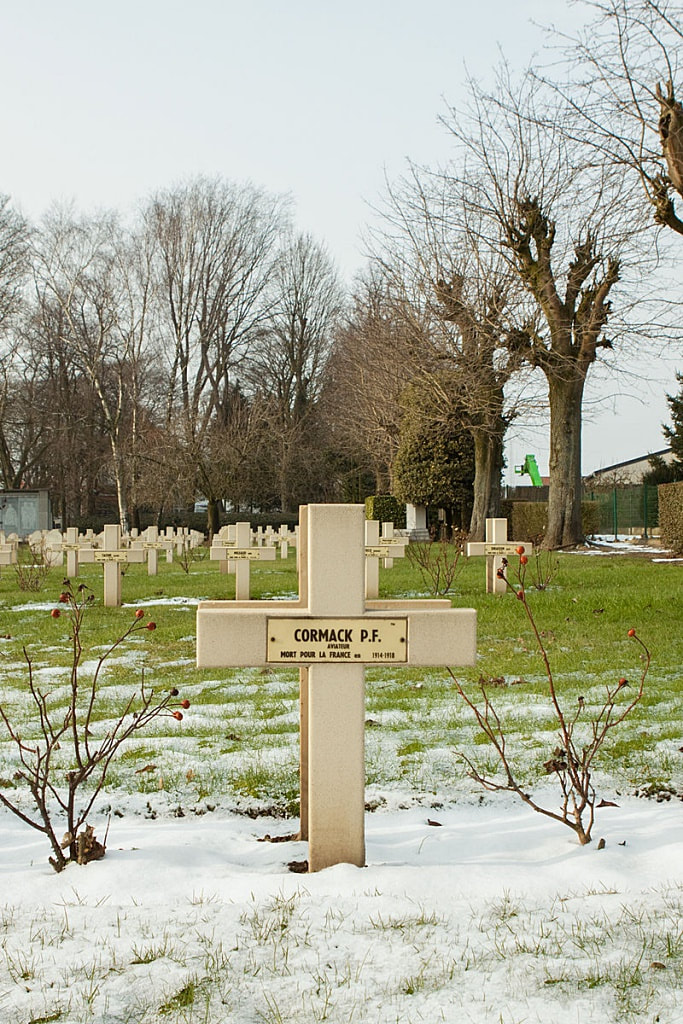 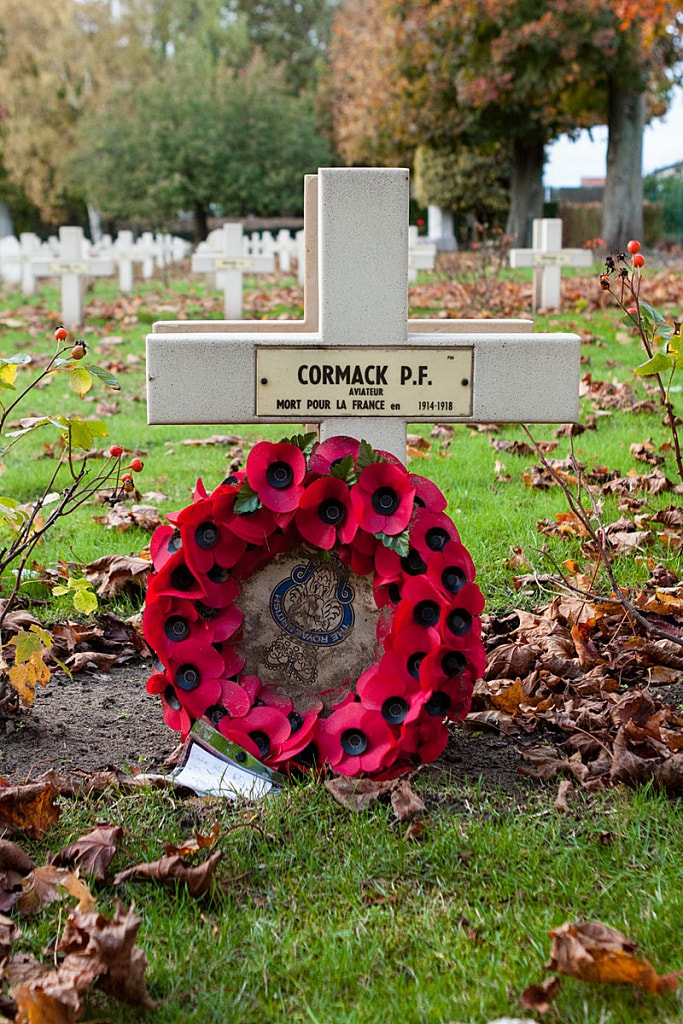