The Cemetery is about 2 kilometres south-east of Rinella, a bay and hamlet opposite Valletta across the mouth of the Grand Harbour and on the southern outskirts of the village of Kalkara.

The cemetery stays open Monday to Friday until dusk, and on weekends and public holidays 08.30 to dusk, but is only staffed at the following times:

Malta (Capuccini) Naval Cemetery, which once belonged to the Admiralty, is divided into two sections, Protestant and Roman Catholic. Most of the 351 Commonwealth burials of the First World War form a triangular plot in the Protestant section, the rest are scattered elsewhere. Among those buried in the cemetery are 44 men from HMS "Egmont", the Depot ship at Malta, and 22 who died when HMS "Russell" was sunk by a mine off Malta in April 1916.

Most of the 694 Commonwealth burials of the Second World War are also in the Protestant section in a plot near the entrance, but there is another group in the Roman Catholic section. The rest are scattered.

The Commission also cares for 1,445 non-war burials in the cemetery, and 137 war graves of other nationalities. 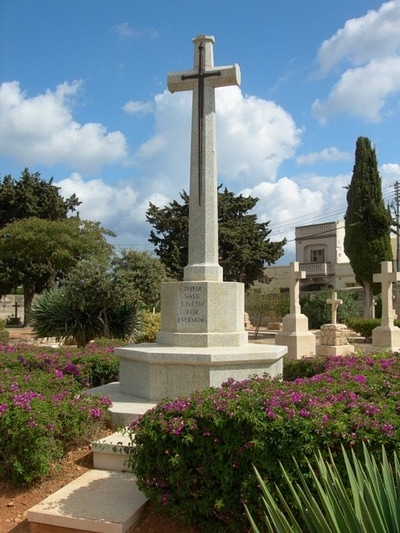 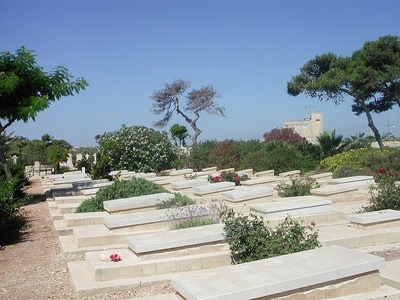 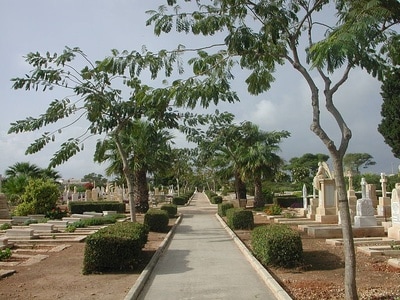 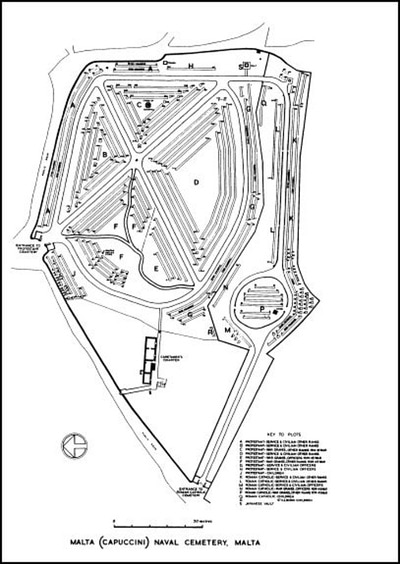