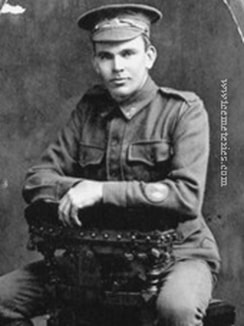 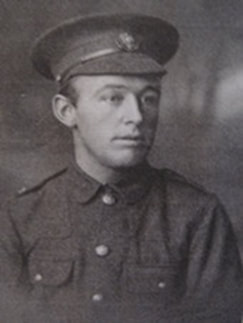 In a letter from Lieut. Richard R. Dibb. Commanding Officer of C Company 4th East Yorkshire Regiment to Harry's mother, it was stated that he was buried at the South edge of Armagh Wood just South East of Sanctuary Wood about 4 1/2 miles East of Ypres.
​ 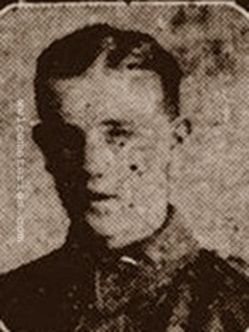 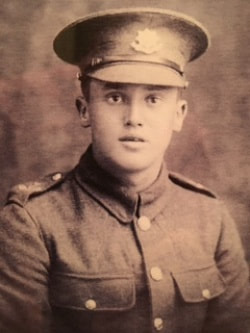 Only son of Sam and Alice Garside, and brother of Alice and Sarah of 6, Park Rd., Dukinfield. Born on February 1st 1897 in Ashton-under-Lyne, he had attended St Mark's day and Sunday schools. Prior to enlistment on June 26th 1916, he was employed as a shunter at Guide Bridge station by the Great Central Railway. After mobilisation he had been hospitalised with septic glands and later with trench foot before being killed in action at Messines Ridge. With no known grave, he is commemorated on the Chapel Hill Memorial and at St Mark's church in Dukinfield. 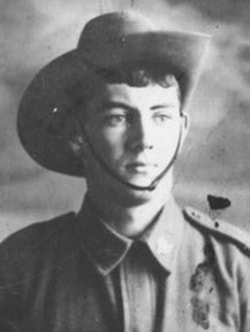 Photo courtesy of Robyn Geary and submitted by Harry Willey. 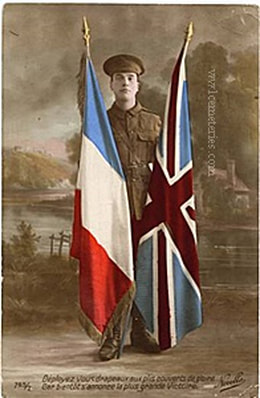 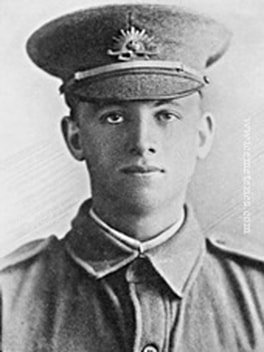 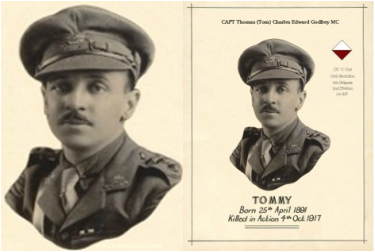 Only son of Charles Chillingworth Godfrey and Elizabeth Amelia Godfrey, of I, Simpson St., East Melbourne. Native of Richmond, Victoria.

Born on 25 April 1891 in Richmond, Victoria. He was the only child of Charles Chillingworth De Britton Godfrey (d.1902) and his wife Elizabeth Amelia (nee Gaynor). Educated at Xavier College, Kew. At the time of enlistment, 28 April 1915, he gave his occupation as accountant. He had served previously as 2nd Lieutenant with the 63rd Regiment, East Melbourne. He gave his mother as his next of kin and her address as 30 Berry Street, East Melbourne. This was also his postal address.

He served at Gallipoli and then France. On 17 July 1917 the London Gazette announced that he had been awarded the Military Cross for 'conspicuous gallantry and devotion to duty. During an attack on the enemy line he secured the left flank against counter attacks and though blown down by a shell during the charge remained at the head of his men, upon whom his coolness and courage had a splendid effect.'

He was killed in action only a few months later on 4 October 1917. His mother in information she supplied for the Roll of Honour stated that, 'He was one of the 1st officers to join with the 24th C. Coy. and left on 1915, May 8th (aboard Euripides). Saw continuous active service never sick nor wounded was sniped on morning of 4 Oct 1917 leading his men within a 100 yards of victory.' She gave names of two other people who the Historian could refer to for further information: Senior Constable E.J. Gaynor, 56 Albert Street, East Melbourne; and Miss G.N. Munby, Presbyterian Ladies College, Orange, N.S.W. E.J. Gaynor was Thomas' uncle. Miss Munby was music teacher at PLC. She was an Associate of the Royal College of Music, London, and had trained in Dresden. From the Red Cross Missing and Wounded Files one witness describes him as 'short, dark, rather slight, and very popular.' Another added that he had a moustache. And another describes him as 'one of the best that ever walked'. Yet another gives a more detailed account of his final moments, 'This was at Ypres when we were attacking. He was standing up looking over the trench, a sniper got him, he was shot between the eyes stone dead.' He was buried the next day at De Knoet Farm.
​
His mother was granted a pension of 3 pounds, 10 shillings a fortnight, later increased to 3 pounds 17/6. For the next thirty years his mother inserted an In Memoriam notice in the paper, each time giving her address which changed frequently but remained in East Melbourne. He is listed on the Roll of Honour for Bacchus Marsh and District published in The Express, 21 December 1918, and is represented in the Bacchus Marsh Avenue of Honour. The connection with Bacchus Marsh seems to be that it was the place where his mother grew up.


Remembered by Phil Gaynor, 1st cousin once removed to Tommy. 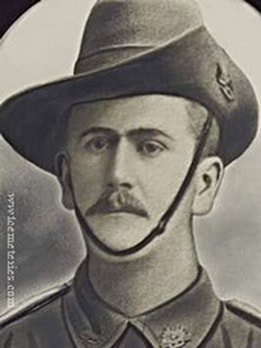 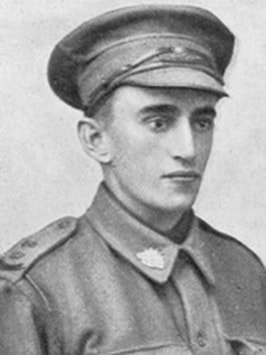 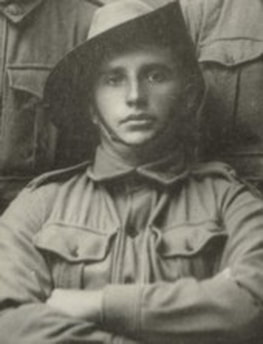 Picture courtesy of  Heather Ashford and submitted by Harry Willey 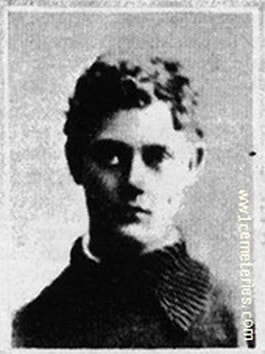 
Son of 1st Baron Desborough and Lady Desborough, of Taplow Court, Bucks. One of the war poets. His brother Julian Henry Francis also fell and is buried in Boulogne Eastern Cemetery. 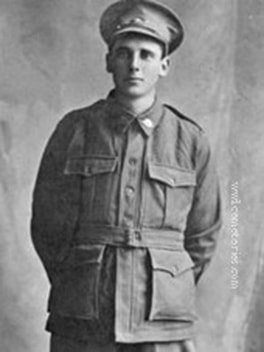 Son of Mr. G. A. and Mrs. M. A. Groth, of McKenzie Creek, Horsham, Victoria. Nadine of Hawker, South Australia.