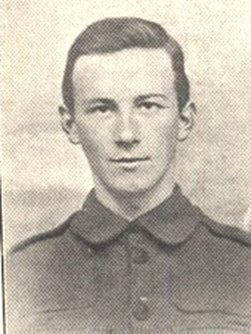 If anyone requires information concerning W.F.X. Santler, his brother Denis A.W. who served in India and Afghanistan, or their cousin William Amos Santler, Killed in action June 1916, I shall be happy to provide all that I have. I also have an amount of information on Marchant men, from Ireland,  who served in WW1 should anybody be interested.

This information is submitted on behalf of his cousin Mme. Nicole Vigouroux, of Lyon, France. By Andrew Wallace. 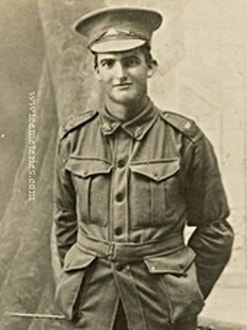 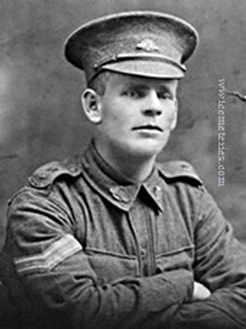 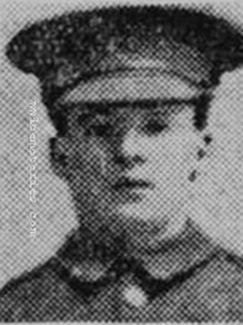 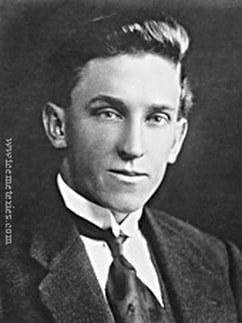 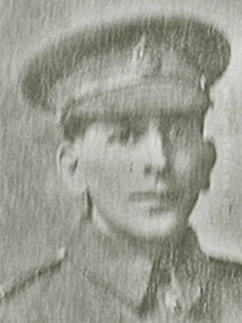 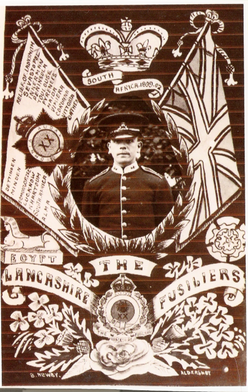 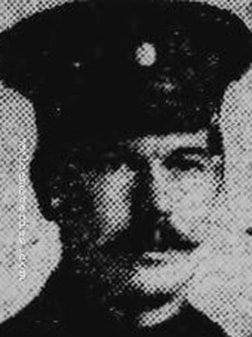 William Frances Waugh Shields, the eldest son of the Reverend William Henry Shields and his wife, Margaret,was born at Bacchus Marsh, Victoria, Australia on 29th October 1892 where his father was ‘locum tenens’ whilst the usual incumbent was in Europe. Four years earlier, on medical advice, the Rev. Shields had left England for New Zealand.

The family returned to England in 1894 and settled in the north east. They did return to Melbourne for a further incumbency but were resident in Shrewsbury, Shropshire by the time that William was to enter Ellesmere College in May 1905 when just twelve years old.

He took up his place in the ‘Harold’ dormitory and spent seven years at the college. He started making a name for himself in his very first term with his appearance in the first of many drama productions. Academically, he progressed well and went on to pass his Senior Oxford Local Examinations. Over the years he was awarded prizes in various subjects including Latin, French, Divinity and Public Speaking. He was an active member of the Debating Society at the same time progressing through the ranks of the Officer Training Corps, attaining the rank of Colour Sergeant in his final year.

Out on the playing fields there was hardly a sport that he was not involved in. He played cricket (ending up as Captain of the 1st XI) and a commentator for the school magazine for Worksop College in 1911 recorded “Ellesmere needed fourteen to win. These they quite failed to get, though Shields made a most plucky attempt to get the runs, and we were not comfortable until he found one from Spink too good for him”.

He was a familiar sight on the hockey and football pitches playing for both his dormitory and the college and he was also a regular on the tennis courts and athletics tracks. He was Captain of the Shooting VIII and was undisputed Chess Champion in the school for three years.

In 1909, he was appointed Dormitory Prefect and, over the course of his final two years, he was variously appointed Prefect of Hall, Prefect of Chapel, and, finally, Captain of School. He left Ellesmere in December 1911 and took up his place at Keble College, Oxford in the Lent term of 1912.

At Oxford, he also played a full part in university life and was a member of the 1st Association Football XI for the 1913-1914 season. He enlisted in the Officer Training Corps and, following the outbreak of war, received his commission as a 2nd Lieutenant on the same day as he received his degree.

He was gazetted to the 9th (Reserve) Battalion, the King’s Shropshire Light Infantry, attached to the 5thTerritorial Battalion K.S.L.I. that had been formed in August 1914 from the mass of enthusiastic volunteers that came forward to enlist in Kitchener’s Army – some 100,000 men volunteered and signed up in less than six weeks. The battalion trained at Aldershot then embarked for France. It landed at Boulogne in April 1915 and was involved in some of the fiercest fighting of the war in the Ypres Salient, the Somme in 1916, Arras and the 3rd Battle of Ypres in 1917.
William was training in South Wales with the 9th Battalion in January 1915. He embarked for France on 30thJuly and moved to the Front towards the end of August. He was killed in action only five weeks later, on 25thSeptember - the day that saw the British Army use gas for the first time.

William was awarded the Victory Medal, the British War Medal and the 1914-1915 Star. His life and sacrifice are commemorated on the Menin Gate Memorial, on the War Memorials at Ellesmere College, Keble College and St. Chad’s Church, Shrewsbury and on the Bacchus Marsh Avenue of Honour where an elm tree was planted. On 18th August 1918, over 1,000 people from Bacchus Marsh, Australia stood along two miles of the Avenue, starting near Woolpack Road. Commencing at the sound of a bugle, a total of 281 trees were planted in less than half an hour, each tree commemorating a life lost. Tree N 233, still flourishing and viewable on Google Earth, remembers William’s sacrifice.

He was one of the 4,710 men of the King’s Shropshire Light Infantry who died in the conflict and one of 10,297 Allied soldiers who lost their lives on that day. 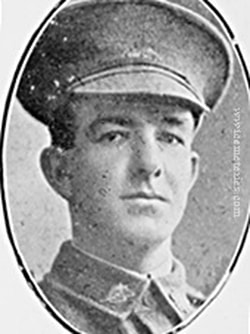 Son of George and Christina Sim, of 5, Bond St., West Hindmarsh. South Australia. Brother of William Robert who was killed on the same day. (Next picture) 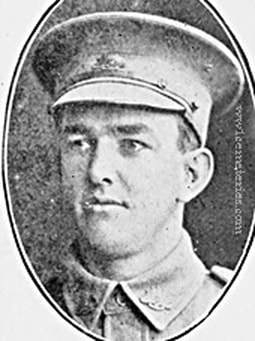 
Son of George and Christina Sim, of 5, Bond St., West Hindmarsh, South Australia. Brother of Arthur John who was killed on the same day. (Previous picture) 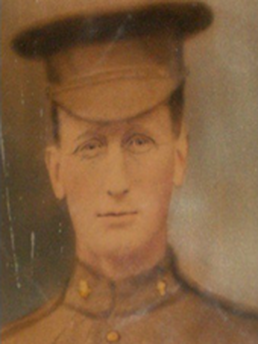 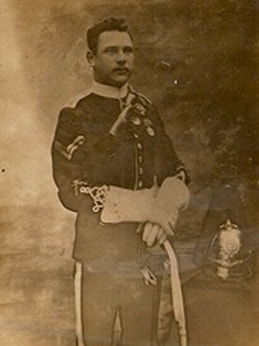 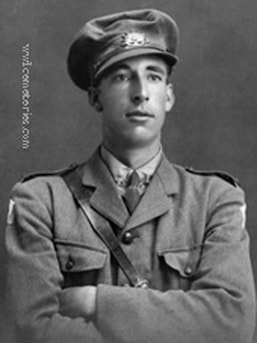 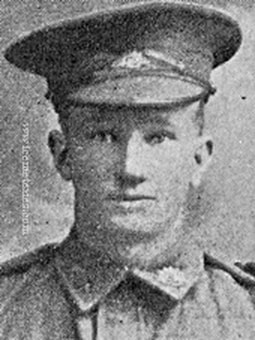 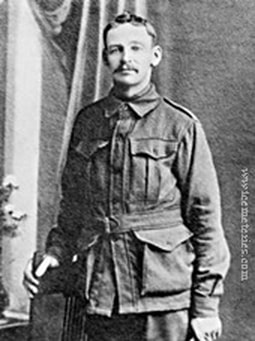 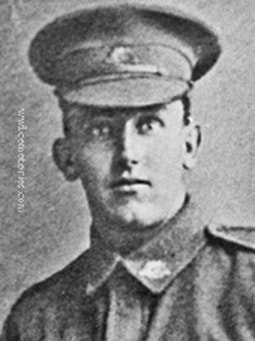 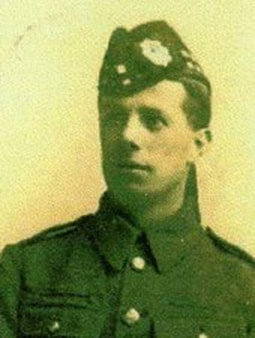 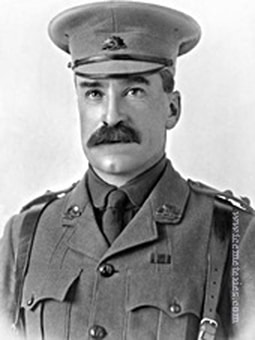 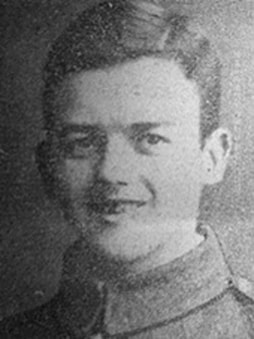 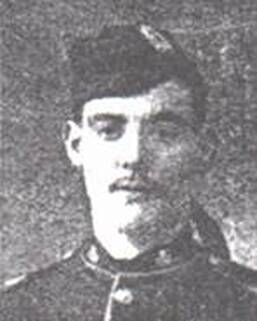 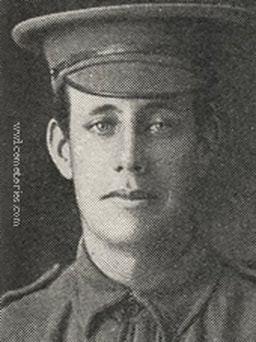 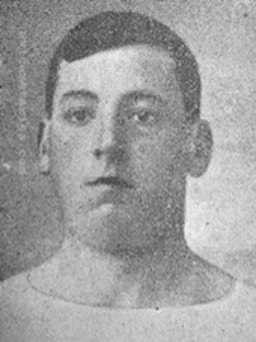 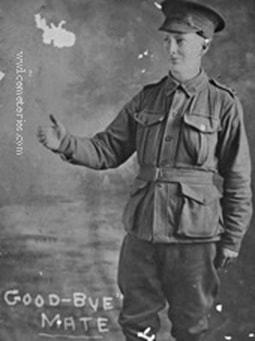 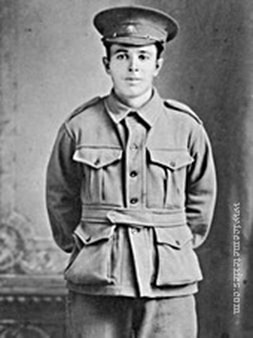 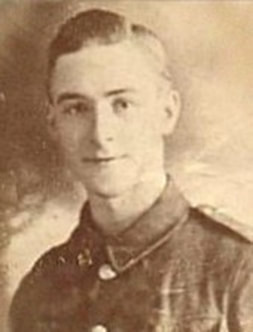