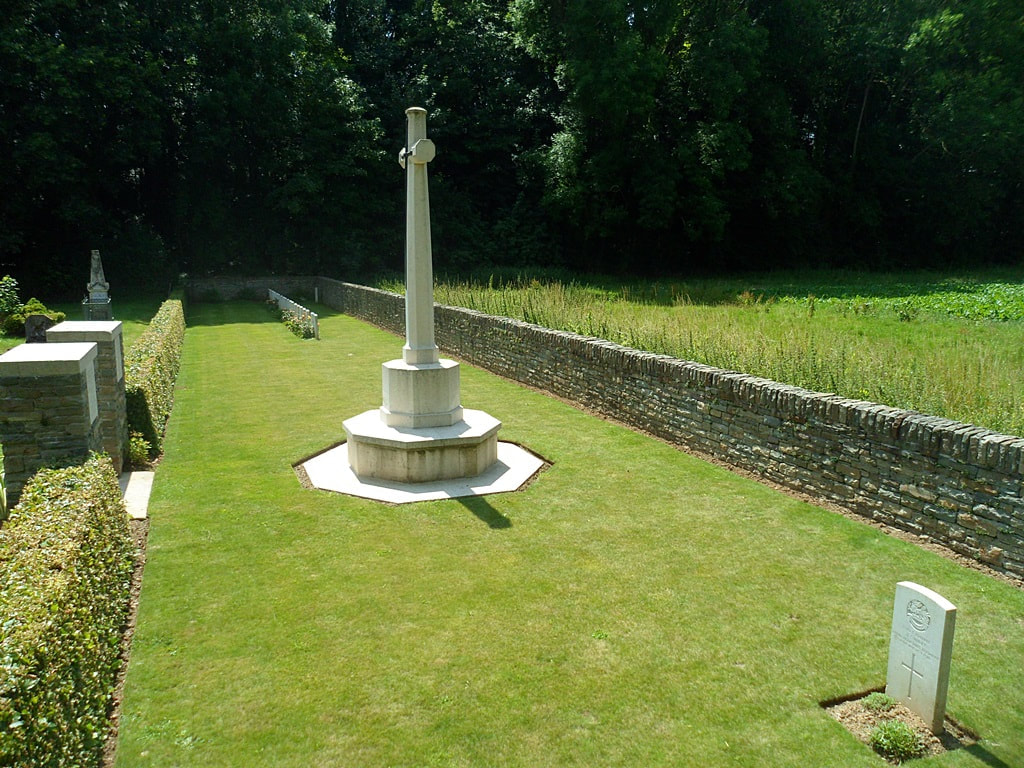 The communal cemetery was used by the 47th (London) and 58th (London) Divisions from May to August 1918. It contains 56 Commonwealth burials of the First World War, three of which are unidentified. 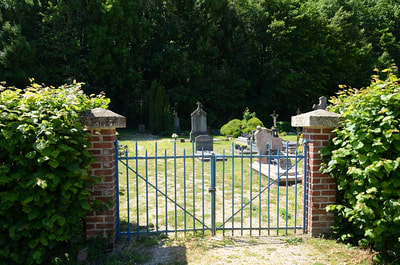 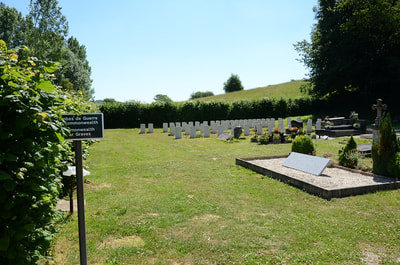 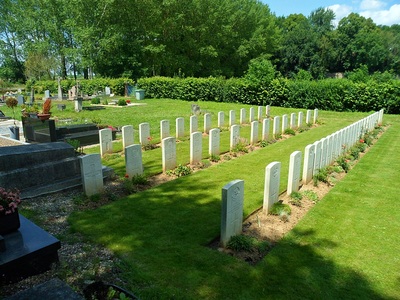 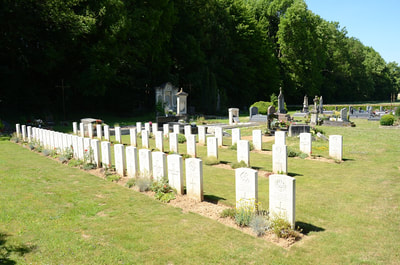 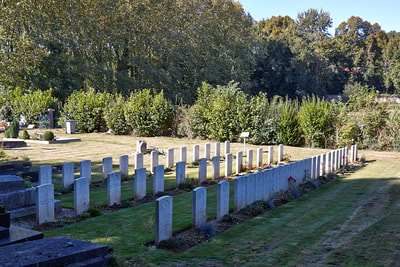 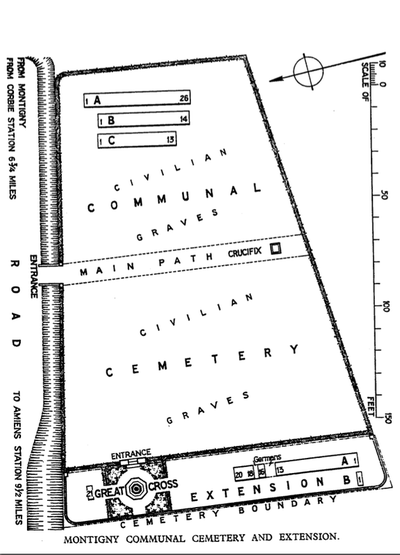 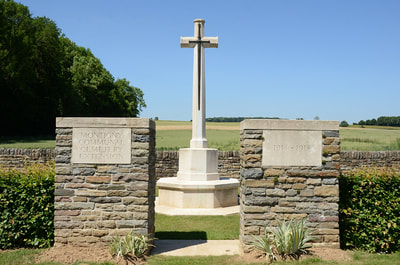 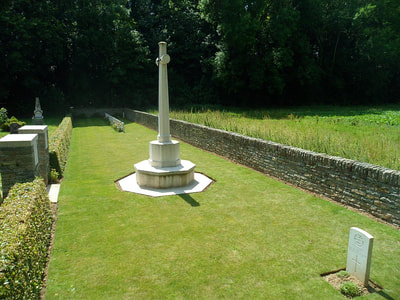 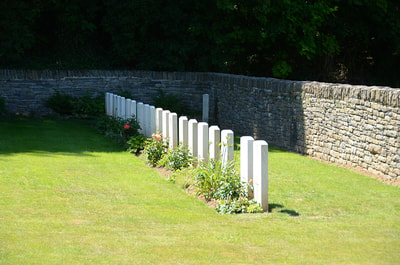 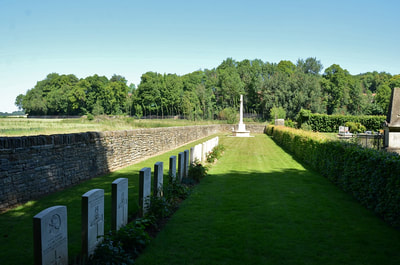 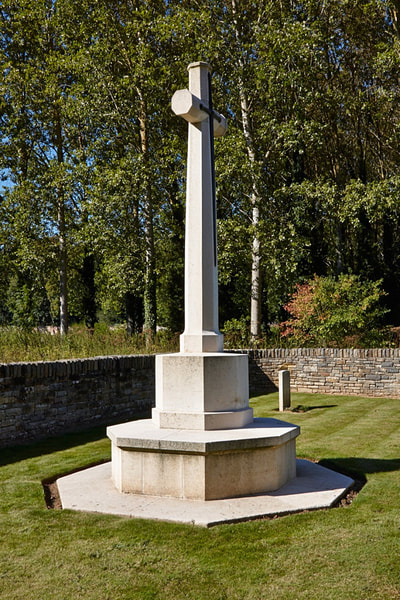 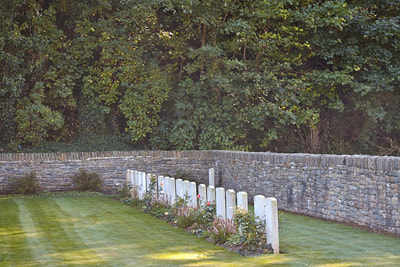 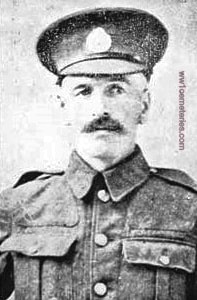 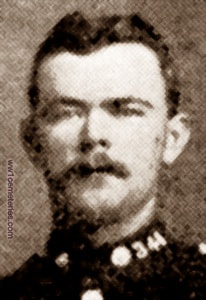 39463 Private John Swain, 5th Bn. Royal Berkshire Regiment, executed for desertion 11th August 1918, Row A. 21. (Extension). He was serving under 2 suspended sentences when he absconded after being warned for the trenches.  Swain was found the next day several miles away hiding in a cornfield: he gave a false name, & had called attention to himself when attempting to remove his regimental badges.  (Putkowski,pp.253-254) 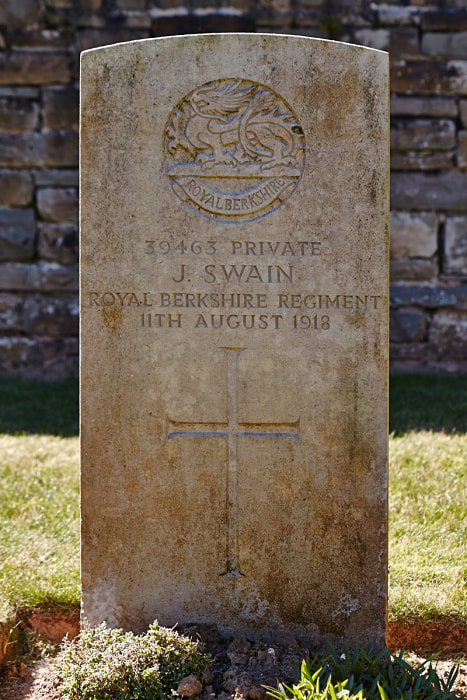 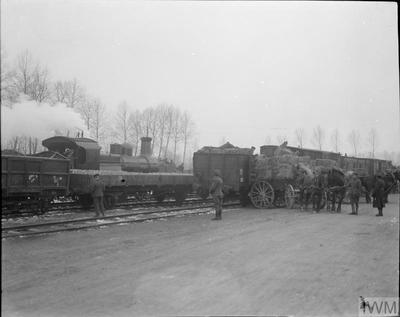 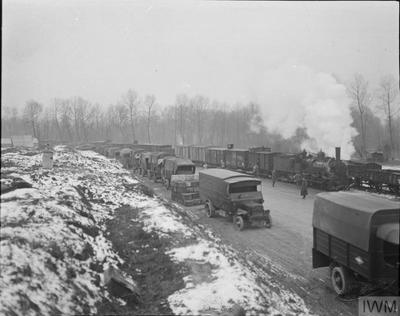 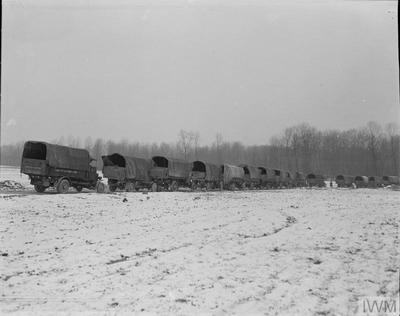 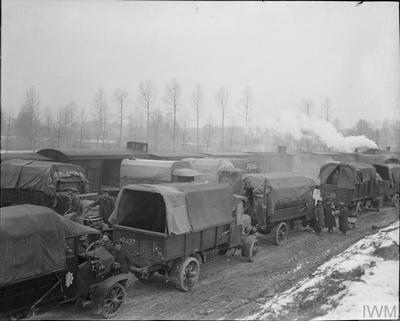 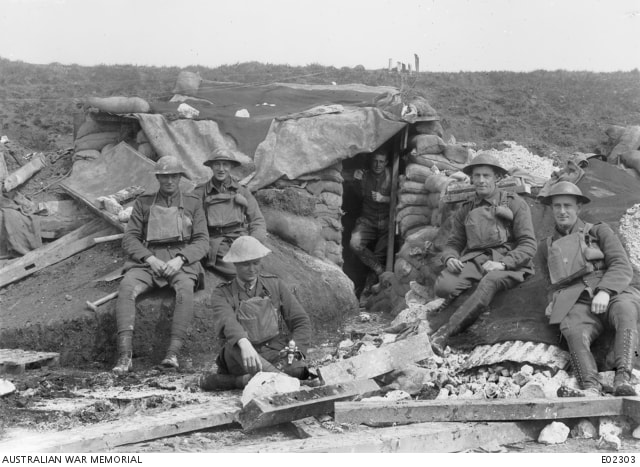 Informal portrait of officers outside the 105th Howitzer Battery Headquarters' dugout, the position being the first one occupied by the Battery on coming down to the Somme in April 1918. The howitzers were behind the bank on the immediate left. The position was taken over from a British Battery on 9 April 1918. The 14th Battery position was about 200 yards to the right. Left to right: Lieutenant (Lt) J. F. Strachan; Lt Rene Anthony Ulcoq MC; Captain (Capt) C. C. C. Wren MC, Officer Commanding, 14th Battery (foreground); Lt Miles Burnett Connor (in doorway); Lt Reginald McClure Abernethy, 14th Battery (Killed In Action By An Aerial Bomb Near Amiens On 22 May 1918); Major G. H. Parker, Officer Commanding. Capt Wren is holding a toy, celluloid 'Kewpie' doll that has a ribbon around its middle. 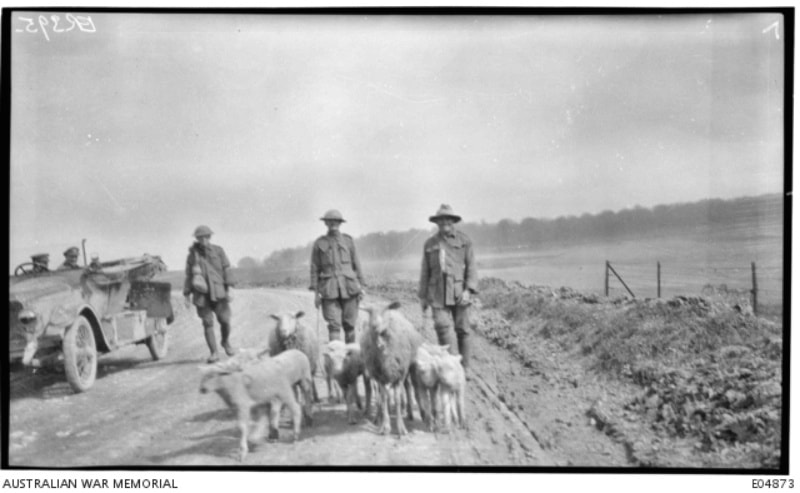 19th April 1918; Three unidentified Australian soldiers herding sheep along a road near Montigny, France. Livestock of all descriptions, which had been abandoned by villagers during the German onslaught, was whenever possible taken over by the French Mission. The animals were collected and driven to safety in the rear of the lines. Note two unidentified officers in an open topped motor car (far left).