Montigny (or Montigny-en-Cambresis) is a village about 4 kilometres south of the N43 main road from Cambrai to Le Cateau. Proceed along the N43 eastwards from Cambrai for 15 kilometres, then turn right through the small town of Caudry and then under the railway bridge. Turn left after a further 2 kilometres into the village of Montigny and the Communal Cemetery is on the northern outskirts. 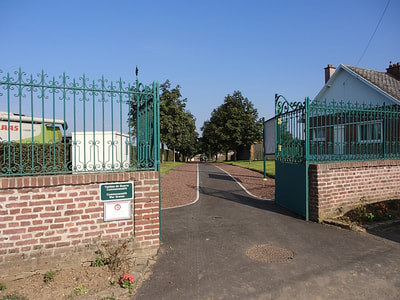 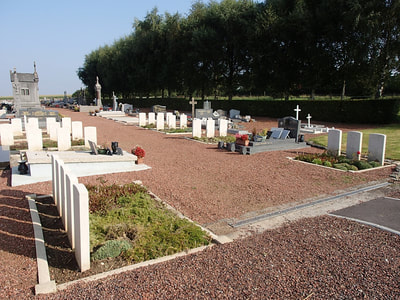 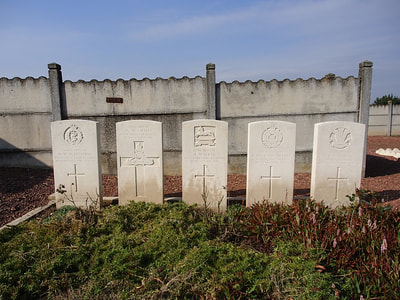 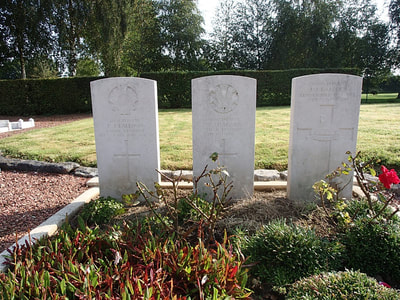 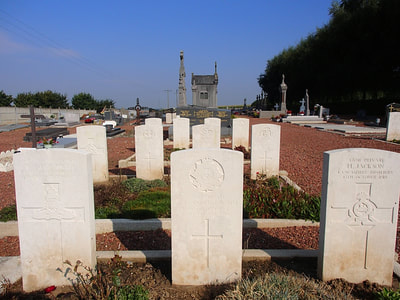 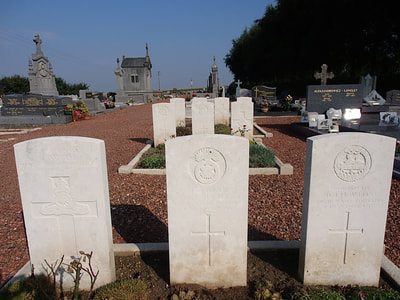 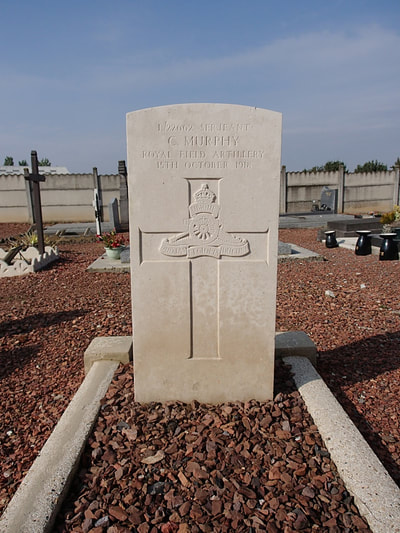 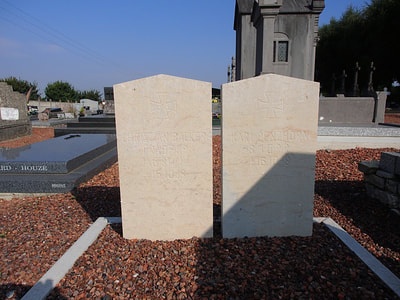 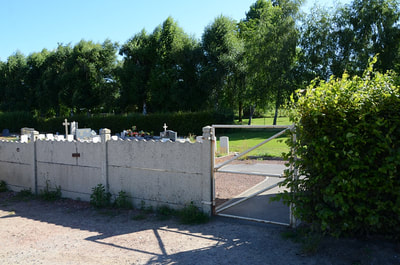 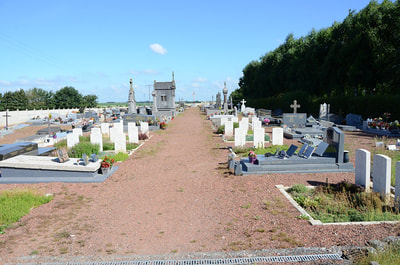 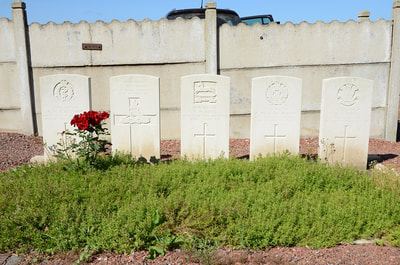 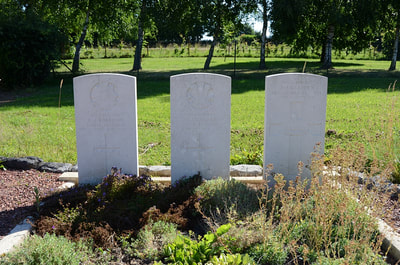 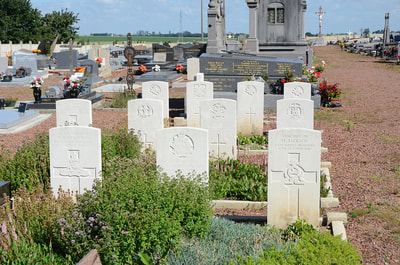 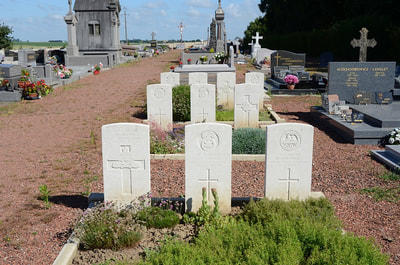 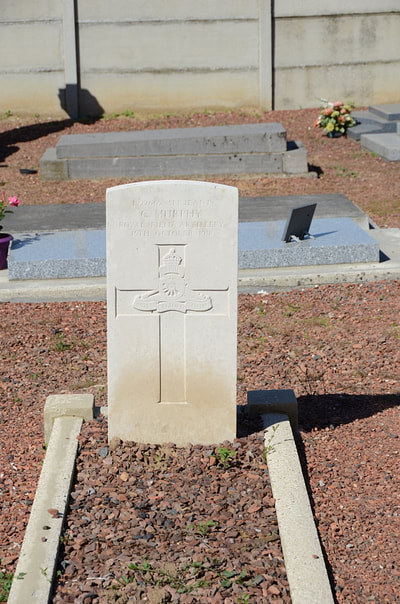 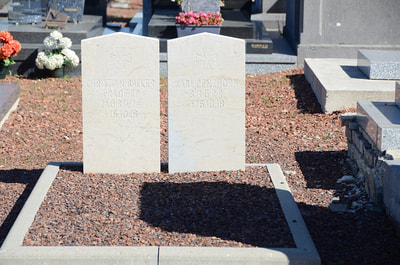 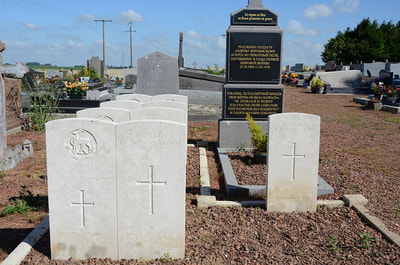 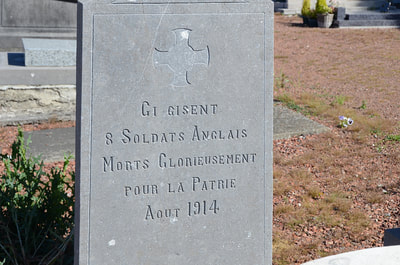 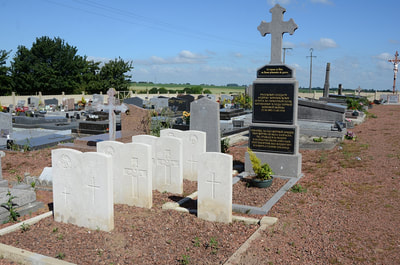 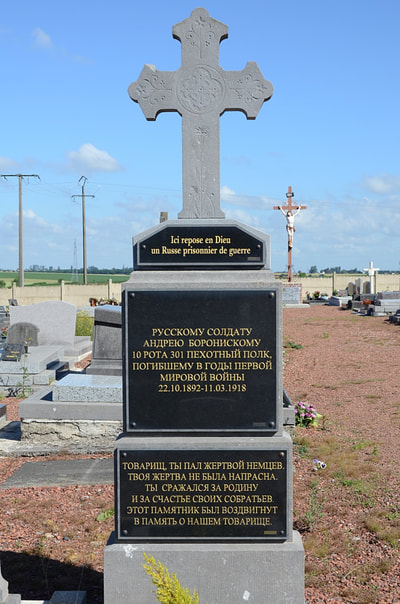 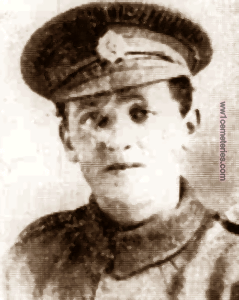 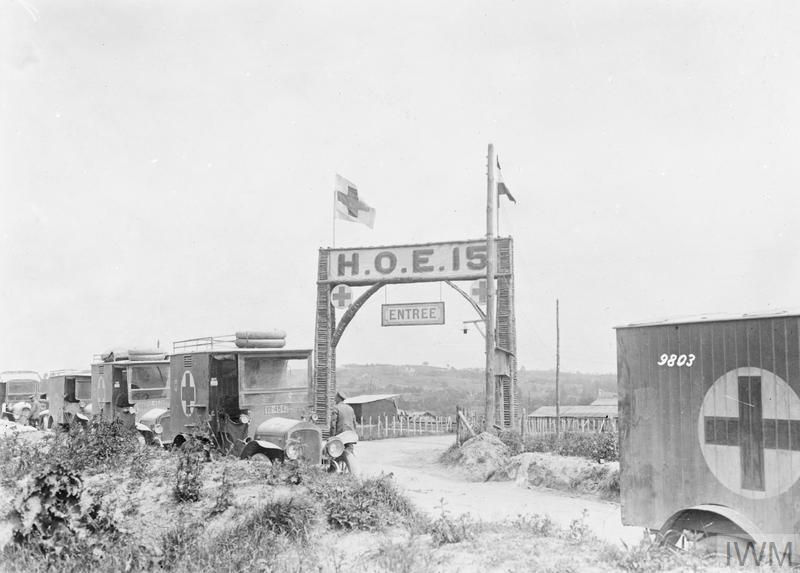 The Third Battle of the Aisne. A German motor ambulance convoy outside the entrance to the captured French field hospital (No. 15) at Montigny, June 1918. HOE was the French Army abbreviation for Hospital d'evacuation. © IWM (Q 55343)