Maputo (formerly Lourenco Marques), is situated on Delagoa Bay at the southern extremity of the country.

The Cemetery, which is known locally as Cemitero de Sao Francisco Xavier, is located in the north west of Maputo. The Cemetery entrance is on the road known as Avenida Karl Marx, approximately 70 metres from its junction with the central main road, Avenida Eduardo Mondlane.

For visitors going to the Cemetery on foot, starting from the Polana Hotel on the east side of Maputo on Avenida Julius Nyerere (which is parallel with the line of the bay), directions are as follows:

From the hotel entrance go left (south) along Avenida Julius Nyerere. On the opposite side of the avenue, the 5th road along is the Avenida Eduardo Mondlane. From this junction the Avenida Karl Marx is approximately 1 kilometre. Turn right and the Cemetery entrance will be seen on the left side of the road. 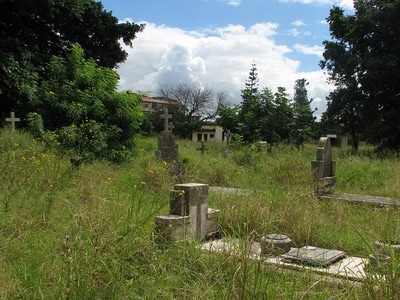 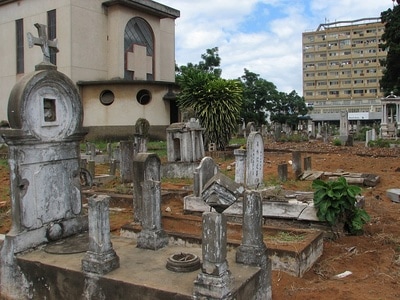