Mud Corner Cemetery is located 12 Kms south of Ieper town centre, on a road leading from the Rijselseweg N365, which connects Ieper to Wijtschate, Mesen, Ploegsteert and on to Armentieres.


The location or design of this site, makes wheelchair access impossible.

Mud Corner was the name given to a road junction on the northern edge of Ploegsteert Wood, very close to the front.

The cemetery was used from 7 June 1917, when the New Zealand Division captured Messines, to December 1917. All of the burials, save one, are of New Zealand or Australian forces. 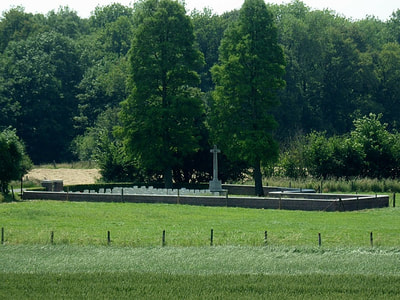 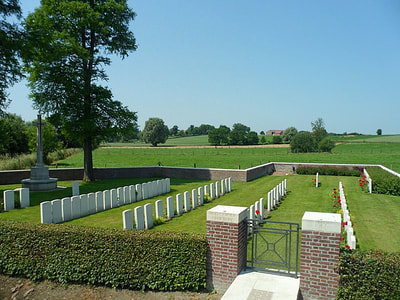 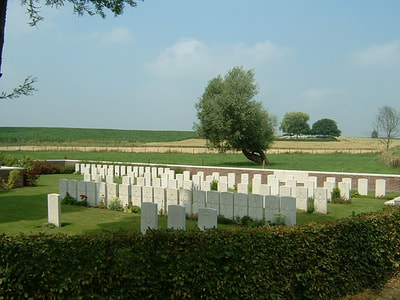 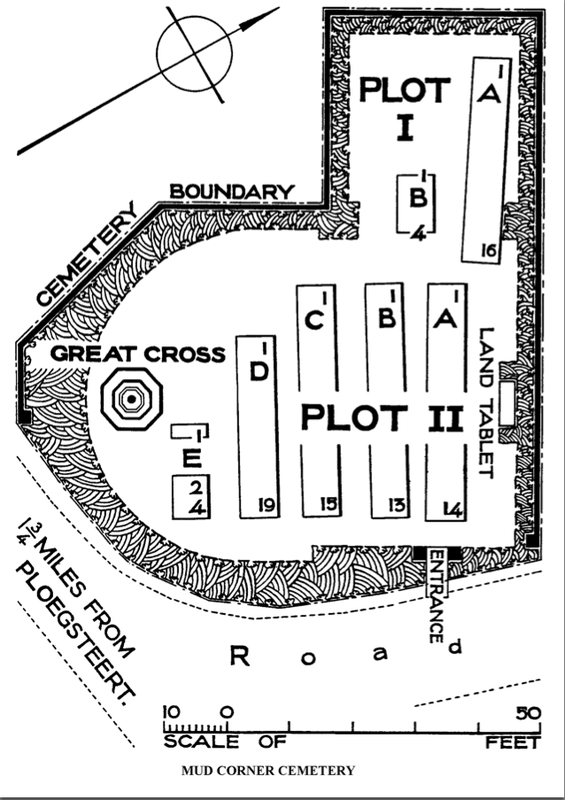 
Son of John and Mary Andrew.

Son of Joshua and Mary Beach, of Worcestershire, England.

Son of William and Margaret Cowie.

Son of Augustus Henry and Annie Maria Hester. Native of Gympie, Queensland.
Studio portrait of 6027 Private (Pte) Alfred Hester (seated) and 3041 Pte Cyril Howlett Chippindall, both members of the 15th Battalion from Gympie, Queensland. Pte Hester was later killed in action in Belgium on 10 July 1917, aged 25. Pte Chippindall had received a gunshot wound to his hand and was in England recuperating when he married a French woman, Margeurite Louise Henriette Deltour, on 17 April 1917 in London. Lance Corporal returned to Australia on 8 July 1919. 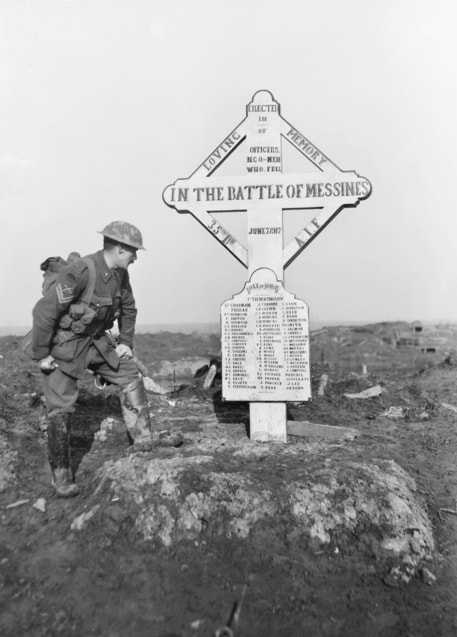 Outdoor portrait of 2600 Corporal George Smith Holliday, C Company, 35th Battalion, at the memorial erected near Ash Crater to members of the 35th Battalion who fell in the battle of Messines on 7 June 1917. A memorial similar to this one, less the names, was erected by the Battalion Pioneers near Gooseberry Farm, just west of Messines, in June 1917, but was destroyed by enemy shellfire.
​
Listed on the Memorial and buried in this cemetery are the following Australian Servicemen; 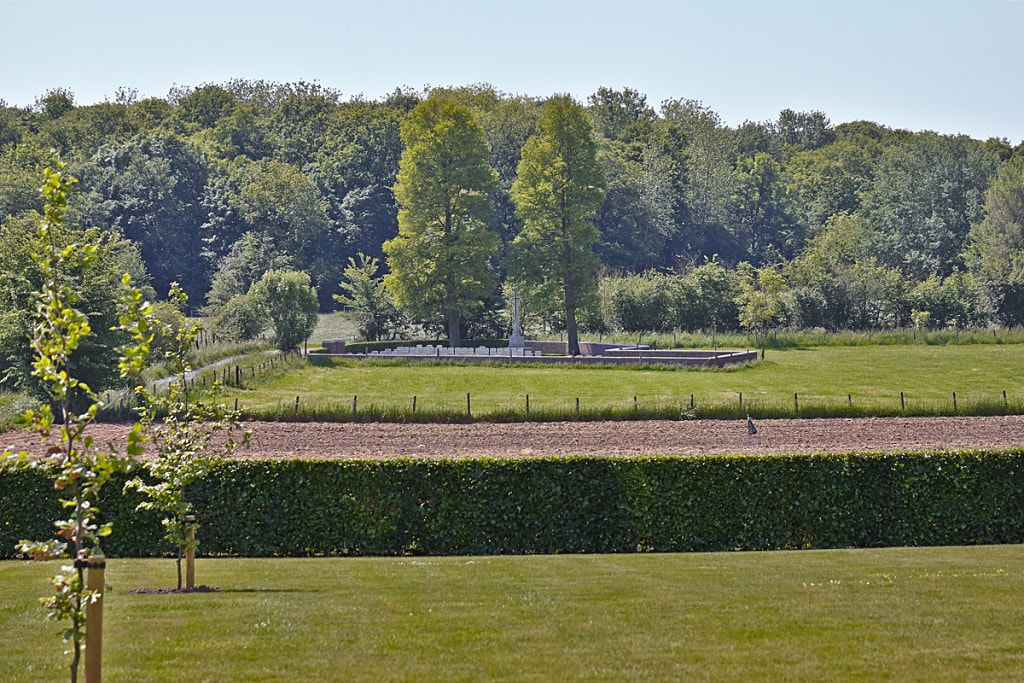 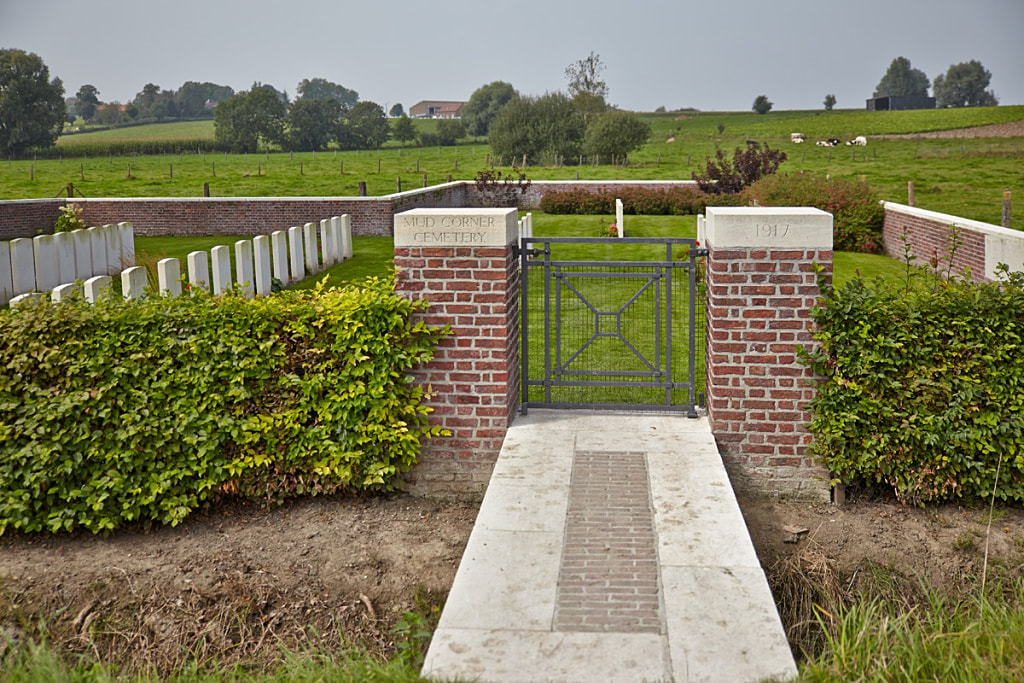 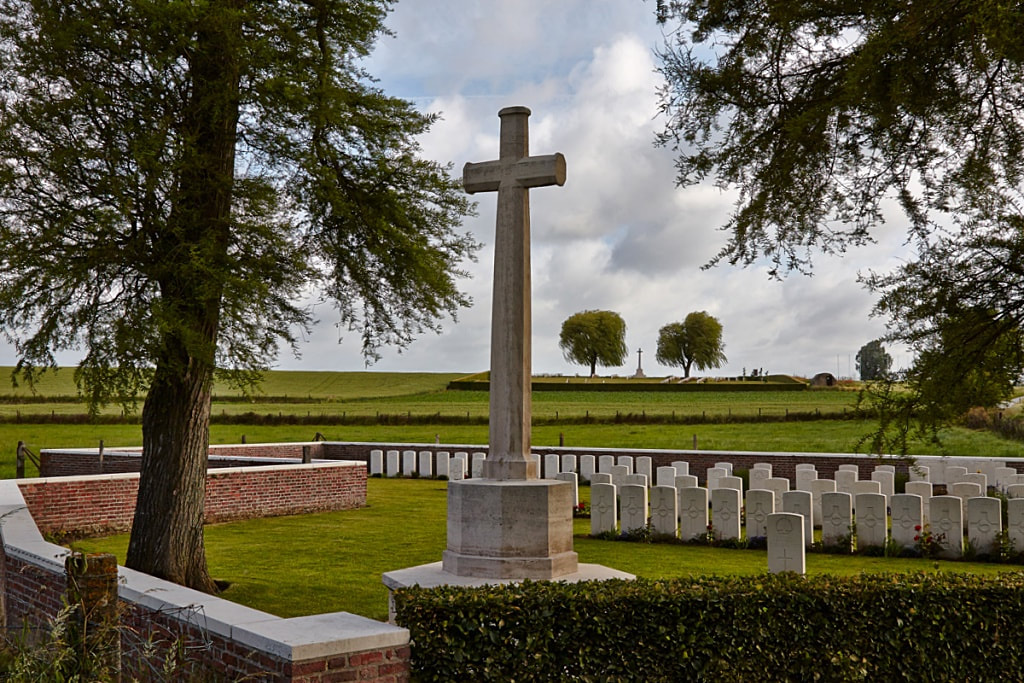 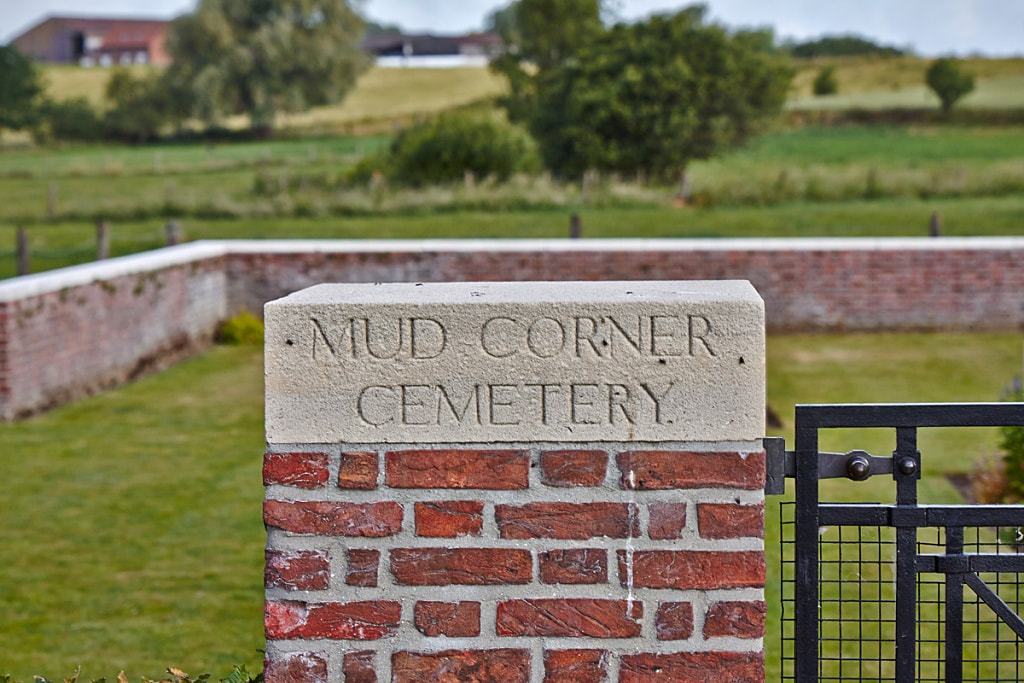 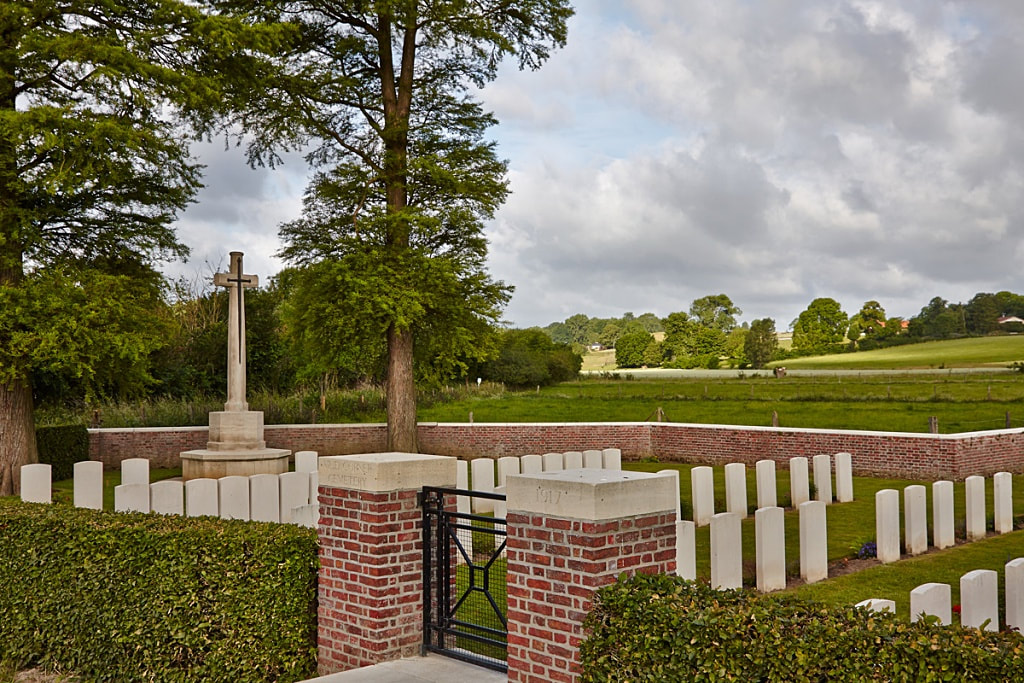 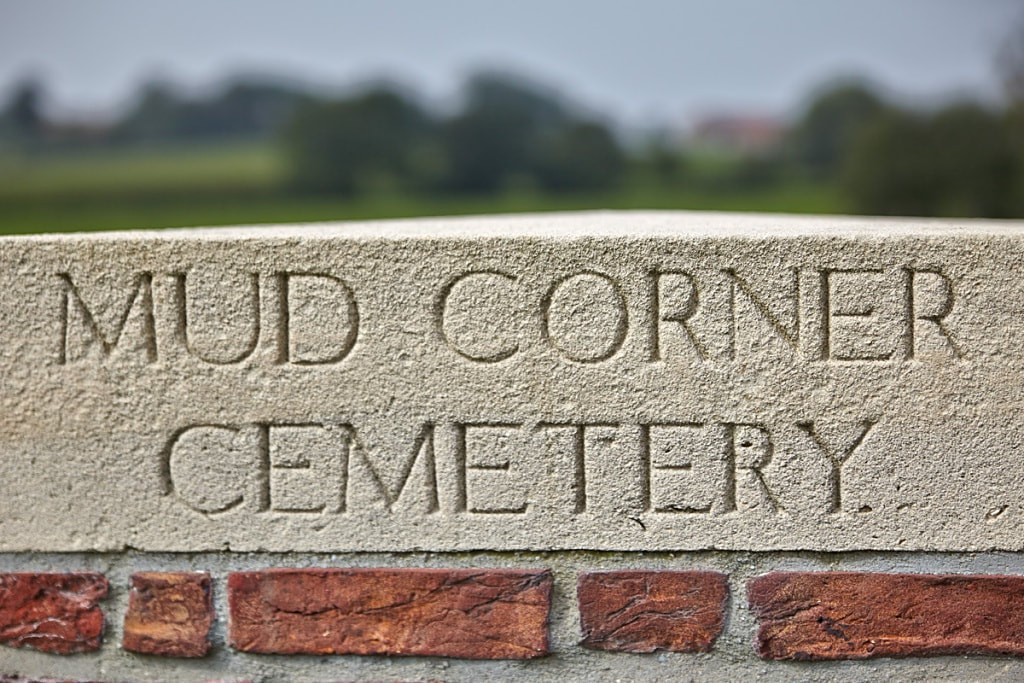 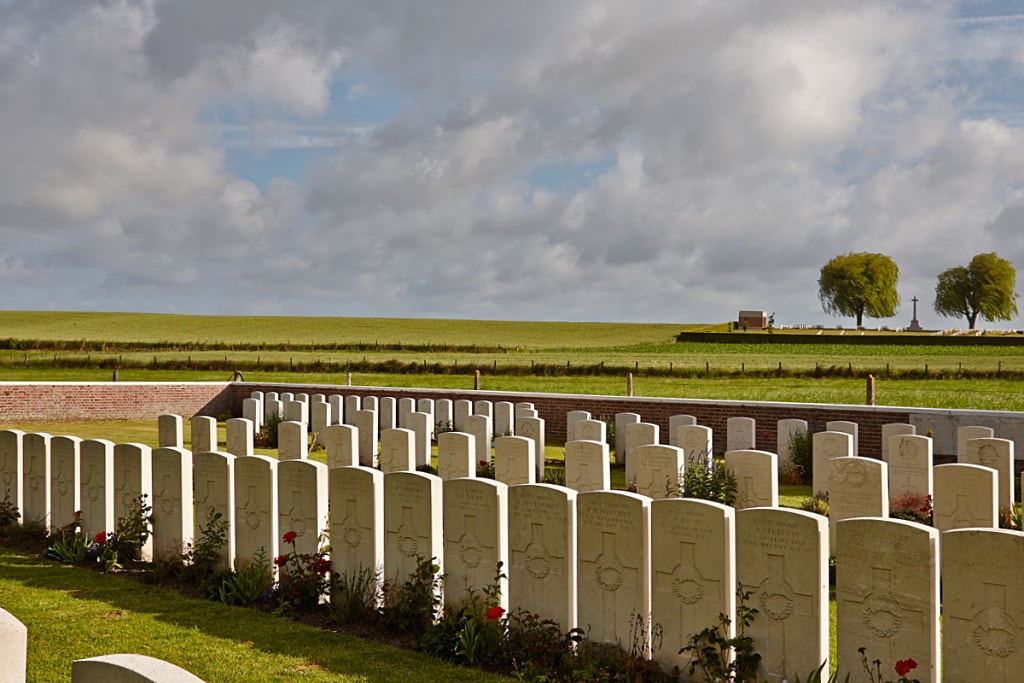 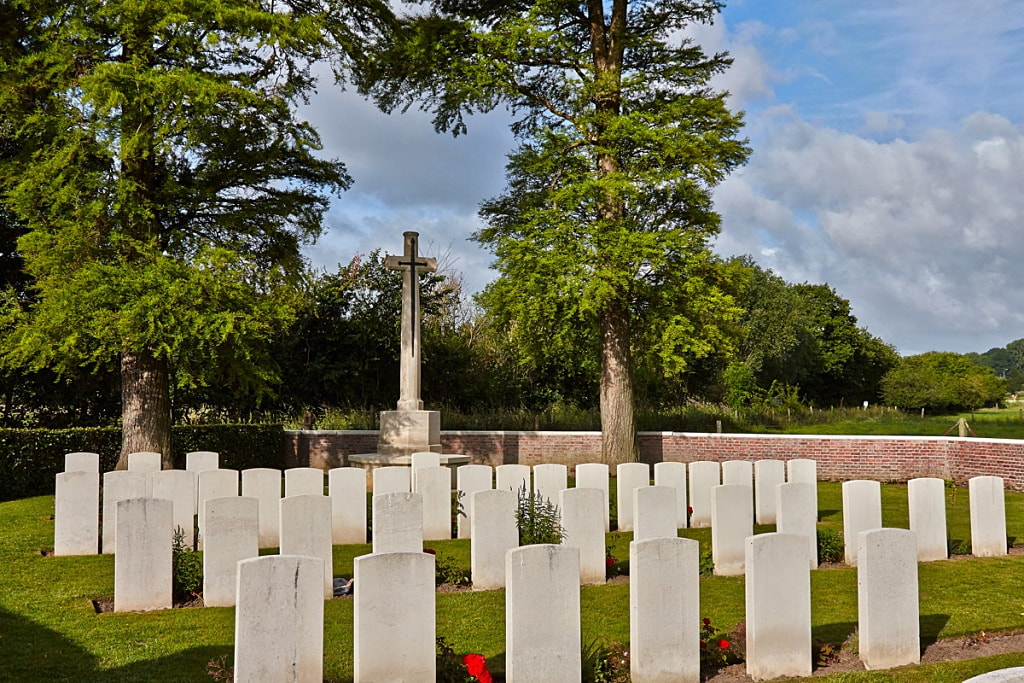 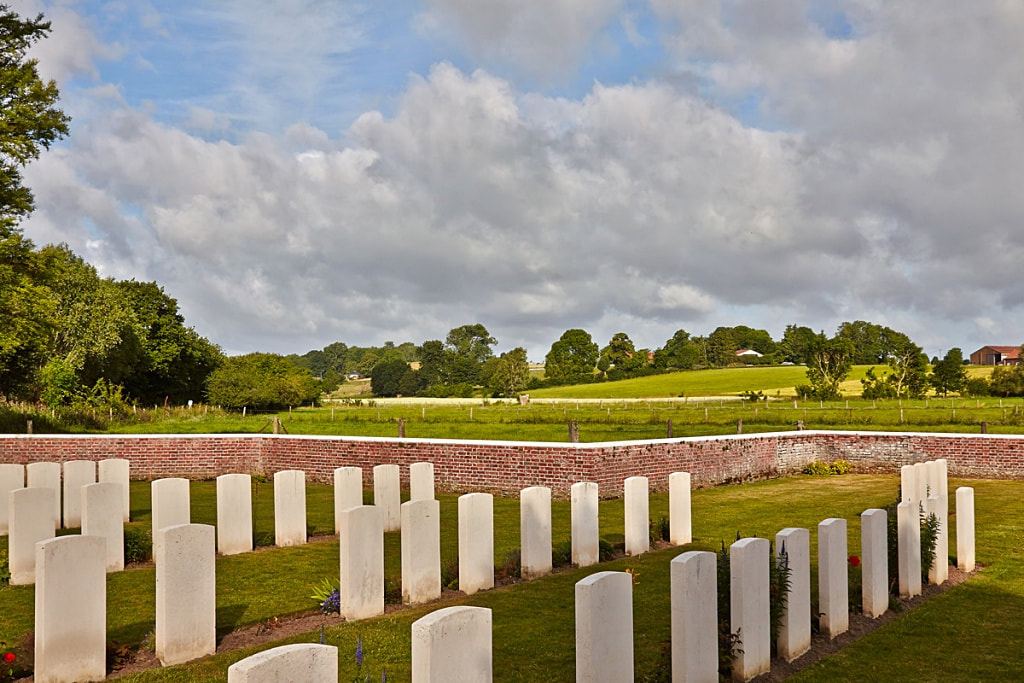 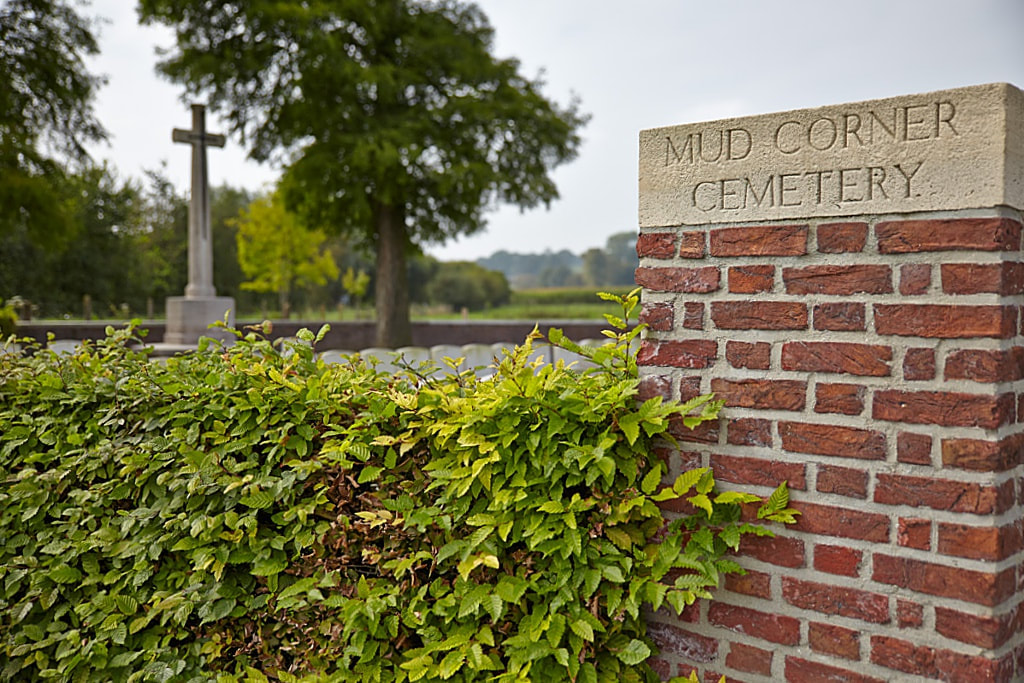 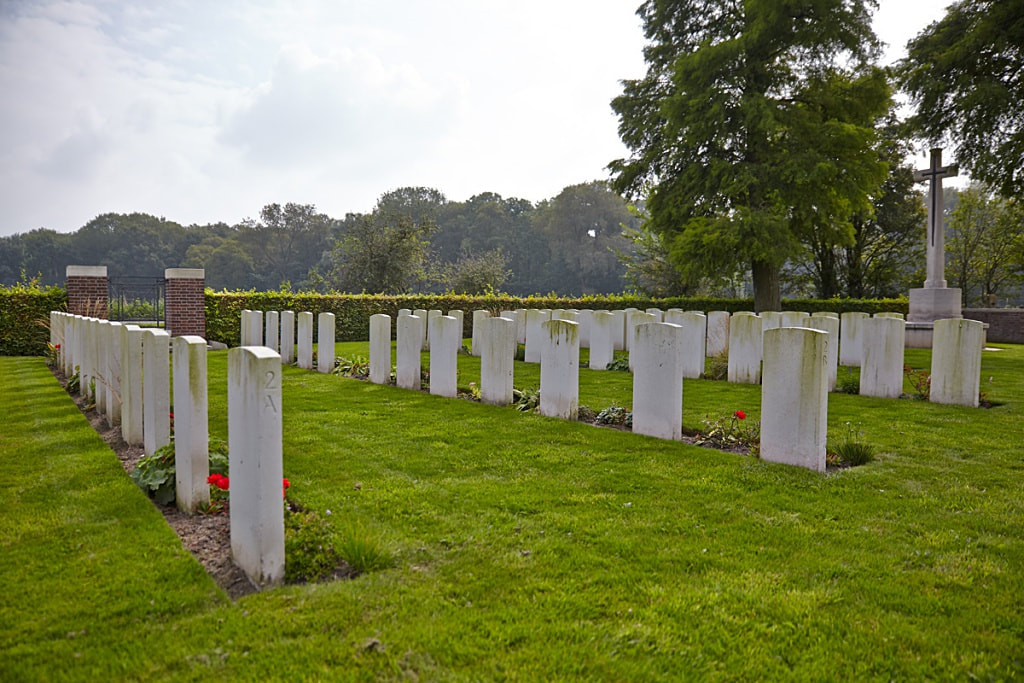 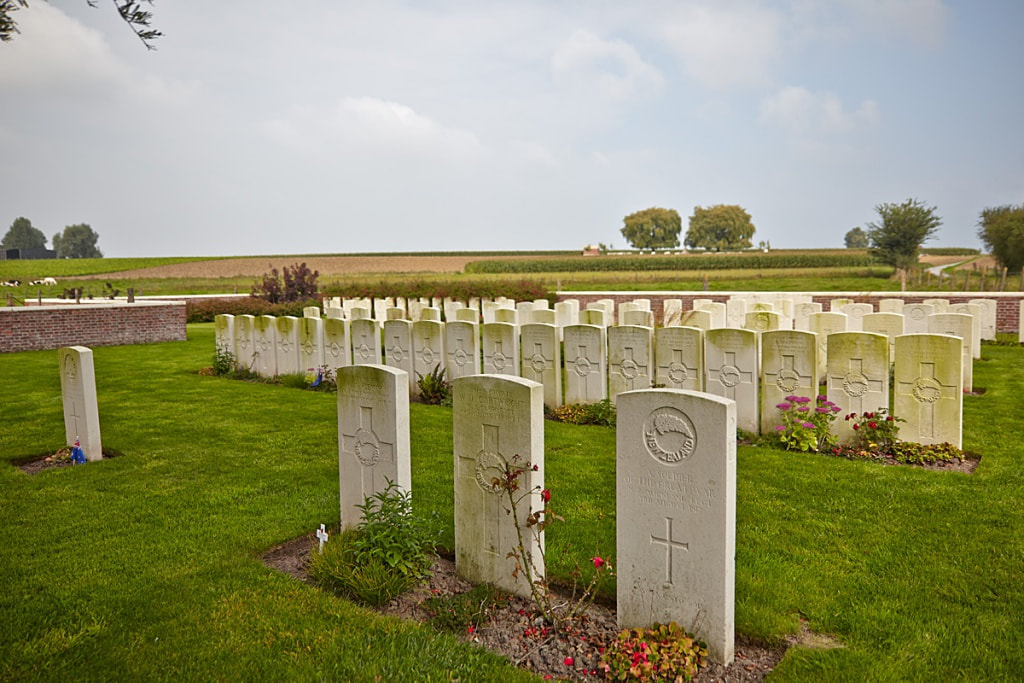 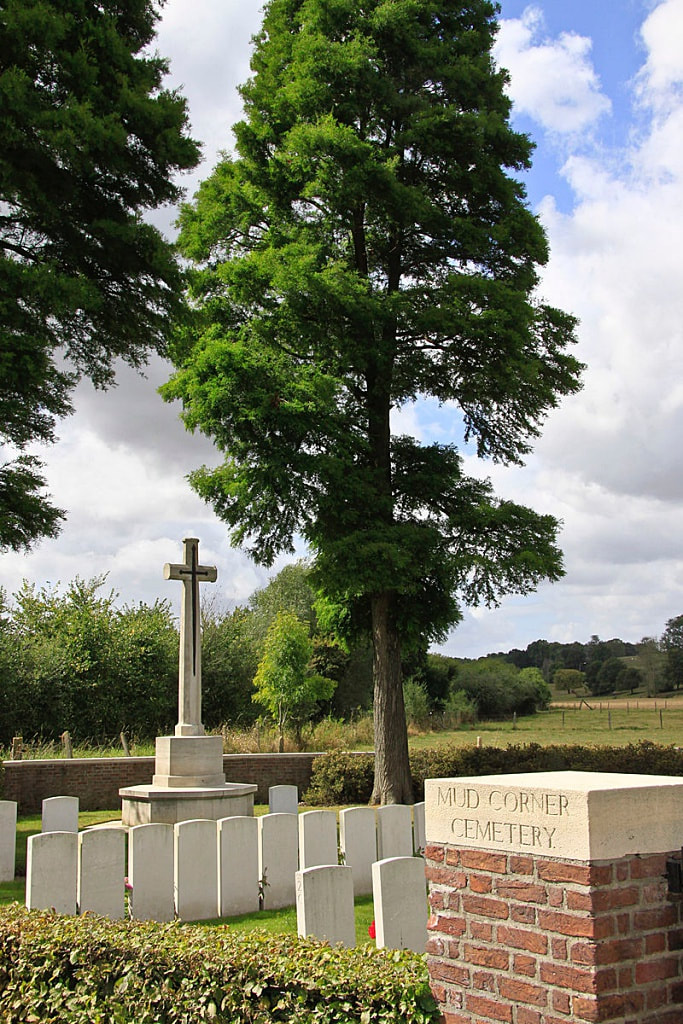 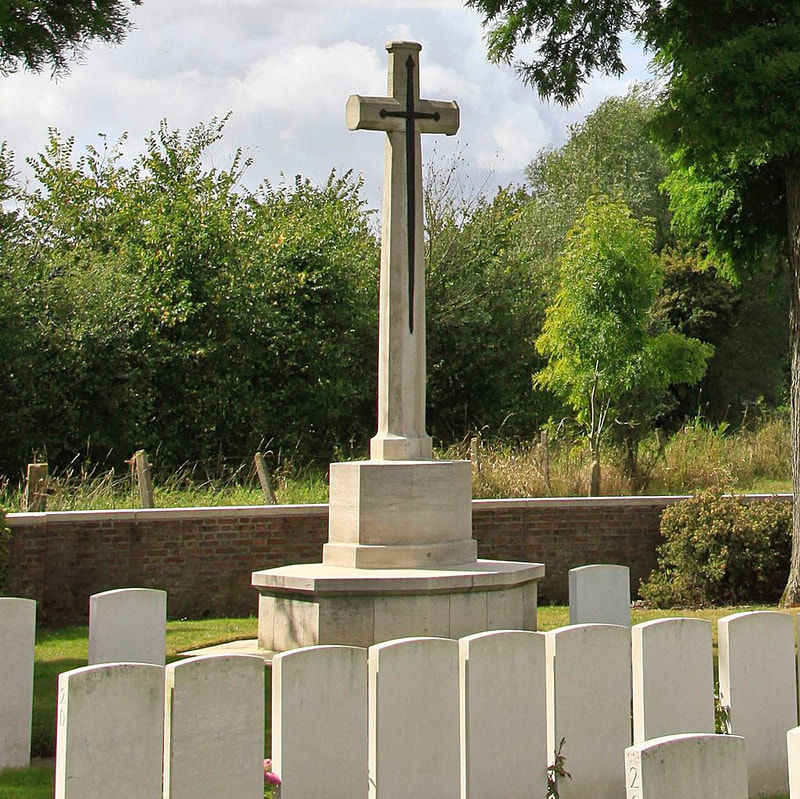 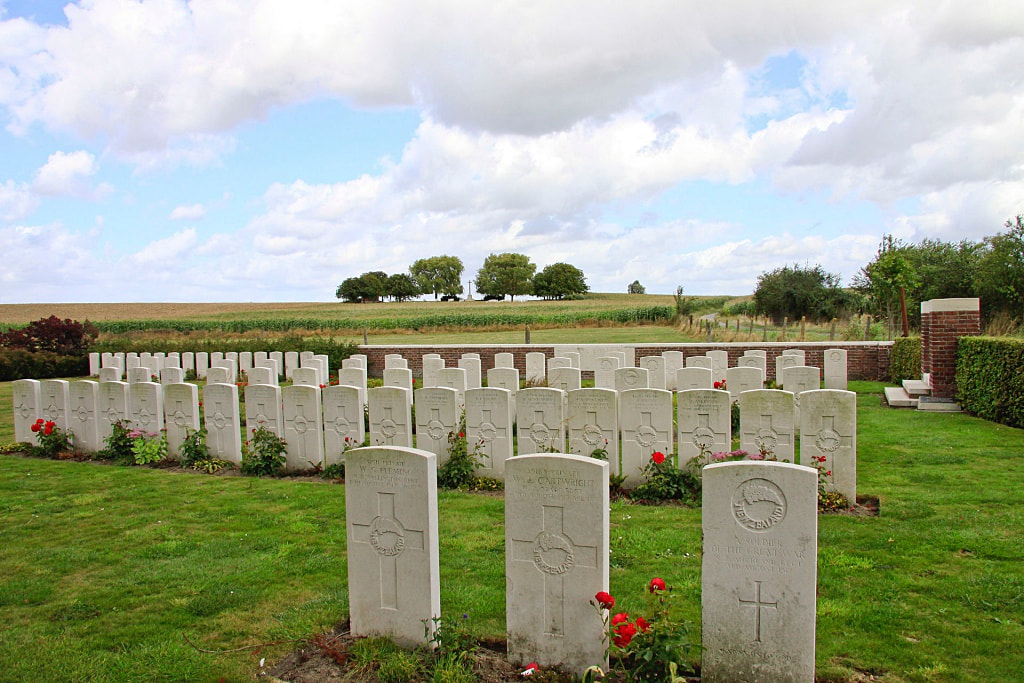 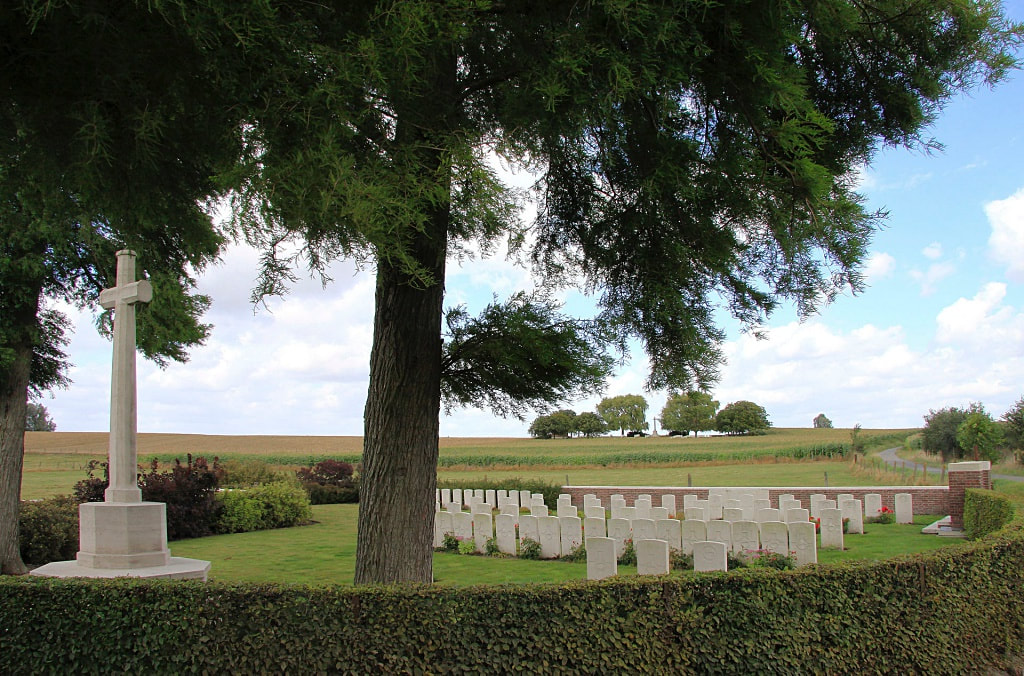 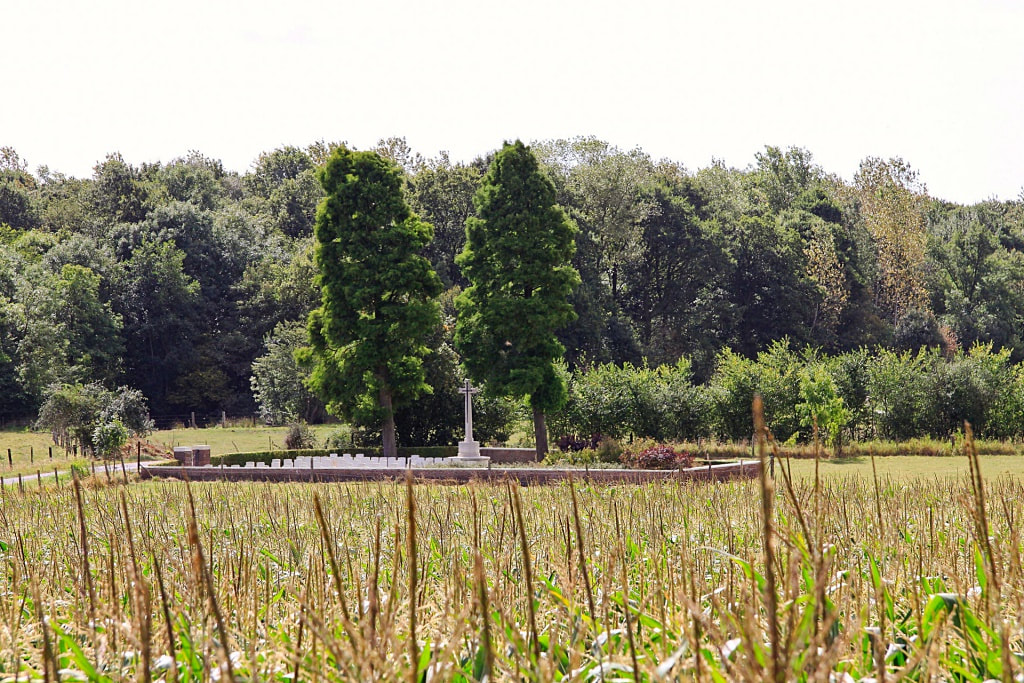 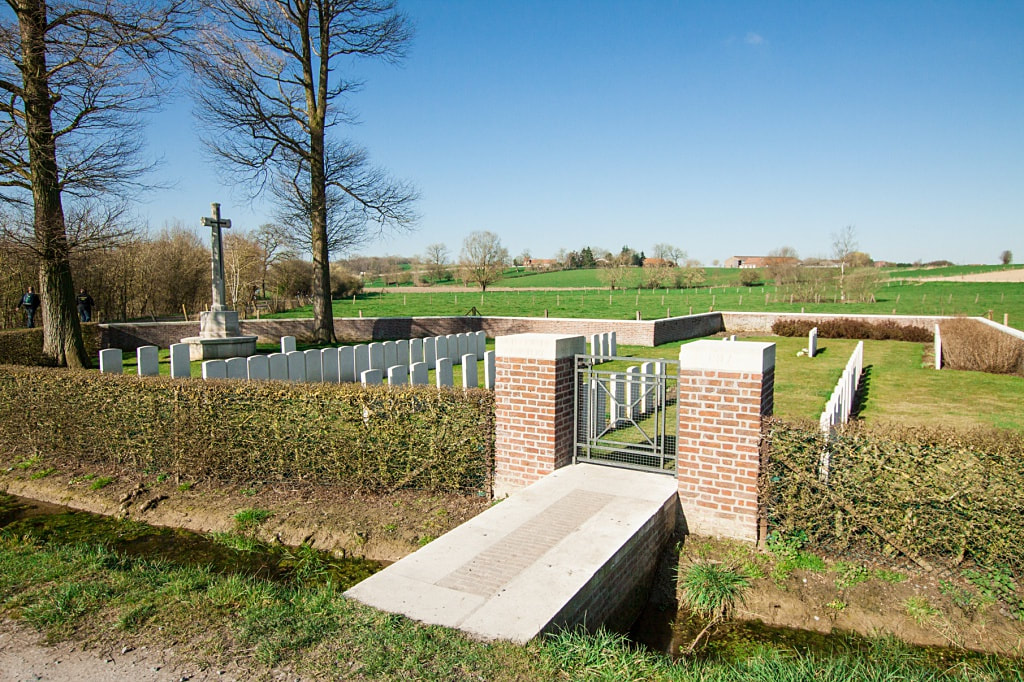 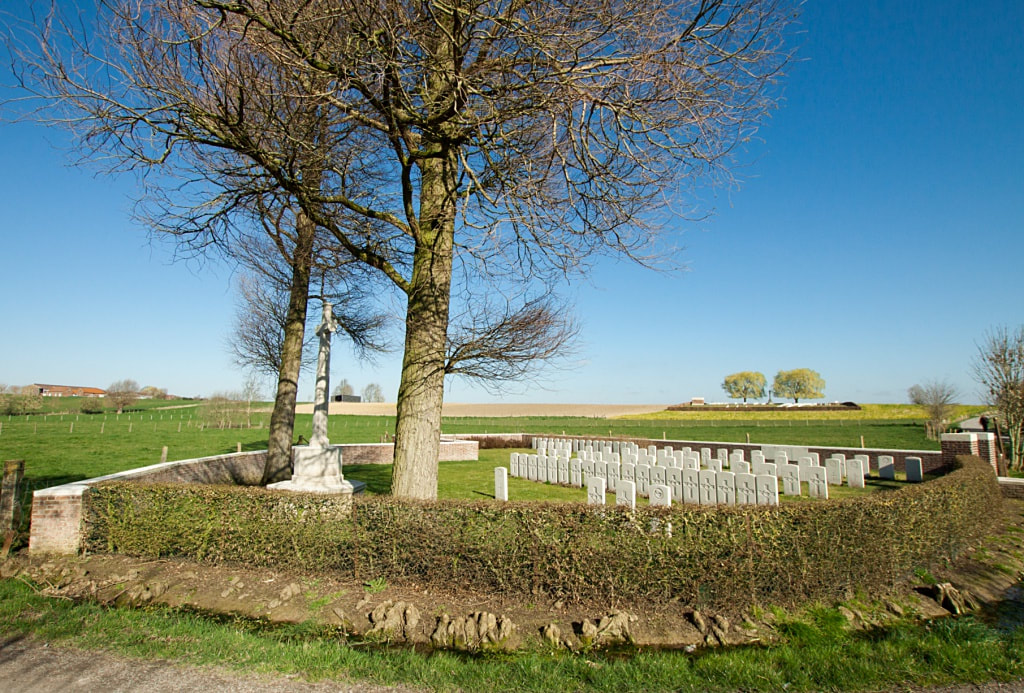 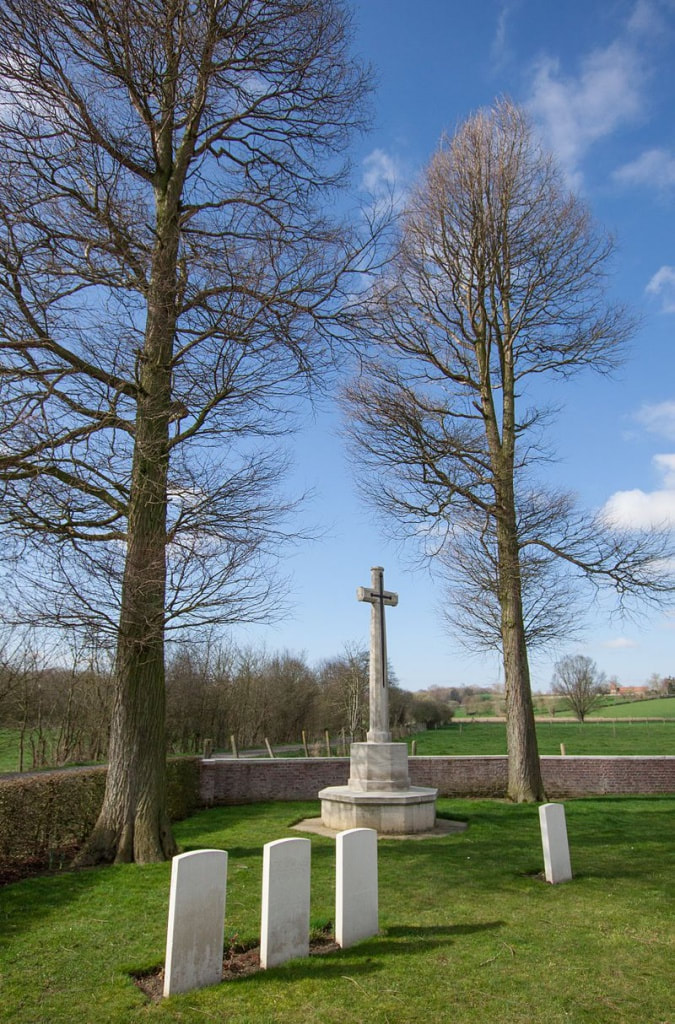 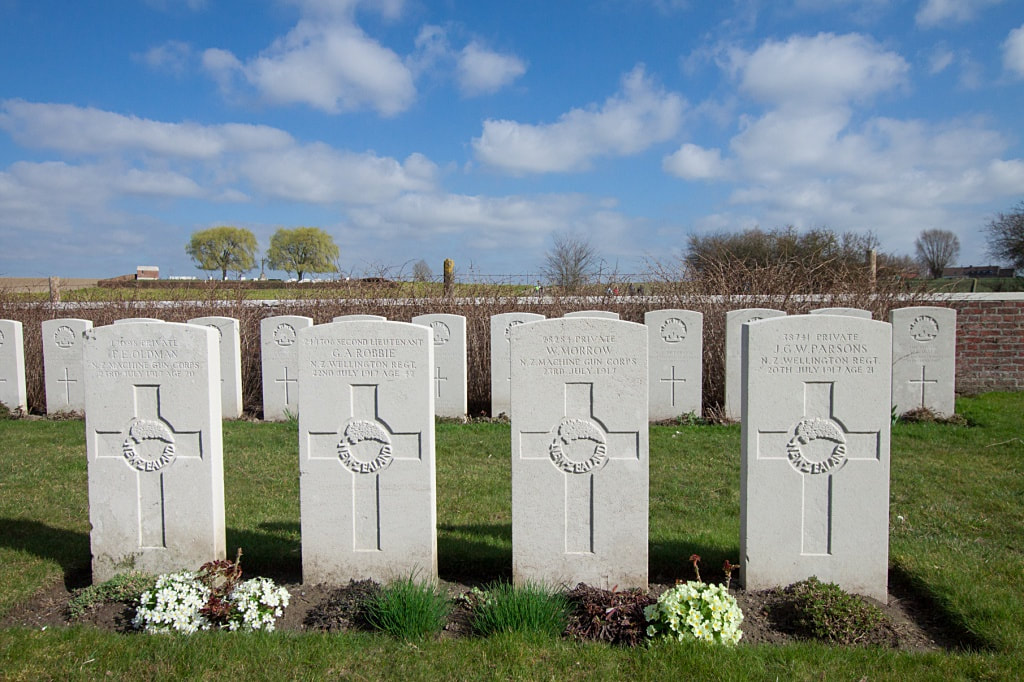