Ham is a small town about 20 kilometres south west of St. Quentin at the crossroad of the D930 St. Quentin-Roye and the D937 Peronne-Chauny.

Muille-Villette German Military Cemetery is in the village of Muille-Villette. From the town centre of Ham take the D932 in the direction of Noyon. The Cemetery is signposted from this road and is situated on the left hand side.

The German Military cemetery at Muille-Villette in the French region of the Somme has 1534 burials. It was originally begun in spring 1918 by German troops during the German spring offensive. The town of Muille-Villette is located close to Ham and at the time was a major rail terminal supplying the front line between Chaulnes and Noyon, as well as being used for the transport of the seriously wounded.
​
In 1922, the French Authorities allowed the expansion of the cemetery by the concentration of the dead from the battlefields in the immediate area, men who had fallen throughout the war years were brought to Muille-Villette to be laid to rest. The majority of earlier burials here are men whose regiments were based in West Prussia, Pomerania, Silesia, Saxony, Westphalia and the Rhineland or were members of the Prussian Guard, which suffered heavy losses here in 1918. In addition, in 1918 soldiers from military units based in Brandenburg, West Prussia, Silesia, Hanover, Oldenburg, Ostfriesland and Hesse were buried here.

After the Franco-German War Graves Agreement of 19 July 1966, the German War Graves Commission arrived at a final design for the German military cemeteries in France and Belgium dating back to the start of the First World War. Work began in 1964 when volunteers from Students of the People's League of North Rhine-Westphalia levelled and grassed the area of the graves and a new entrance was built. In 1971, the replacement of the temporary wooden grave markers commenced and permanent crosses of Belgian granite engraved with the names and dates of the known dead were raised within the cemetery.

1114 casualties are now commemorated in individual graves, 4 of these men remain unknown. The mass grave within the cemetery holds the remains of 420 casualties of which only 32 are known by name. Graves for the four men fallen of the Jewish faith were, for religious reasons made of natural stone. The Hebrew characters on the stone say: "Here rests" (name) followed by "May his soul be woven into the circle of the living."

Muille-Villette German War Cemetery is now constantly cared for by gardeners of the German War Graves Authority. Information regarding the location of graves, and units of the fallen can be found by contacting, The German War Graves Commission Federal office Department Graves Registration Service, Werner-Hilpert-Straße 2, D-34112, Kassel. 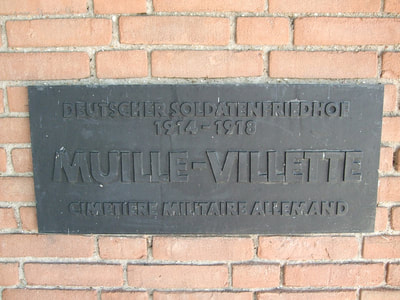 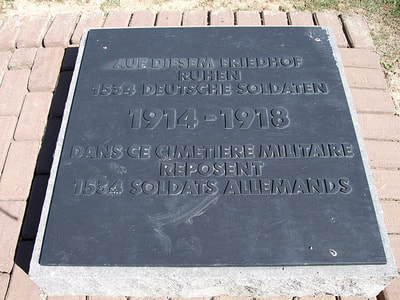 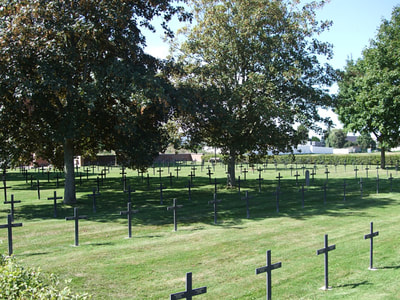 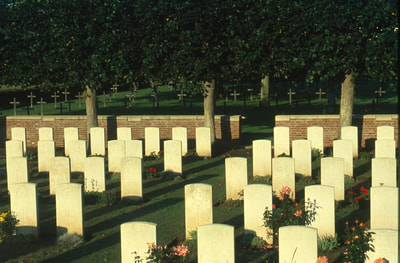 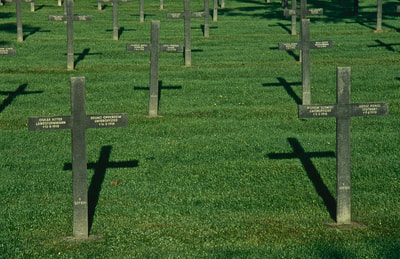 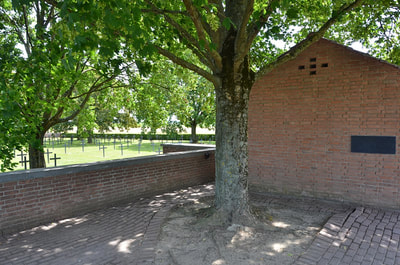 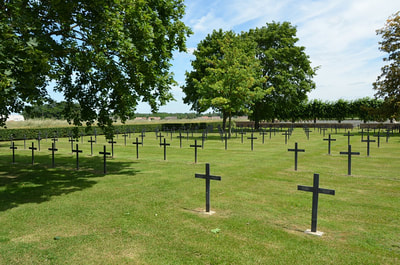 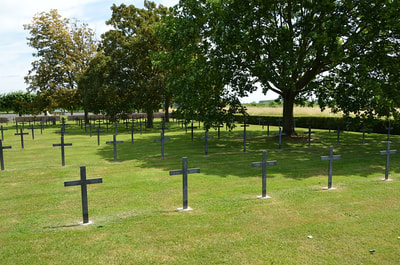 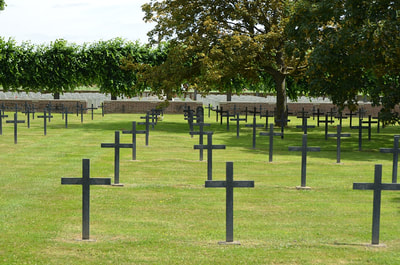 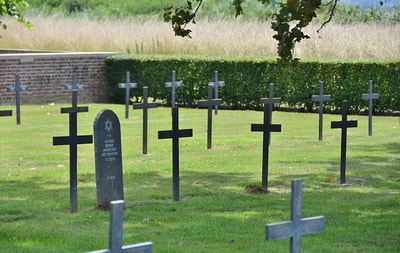 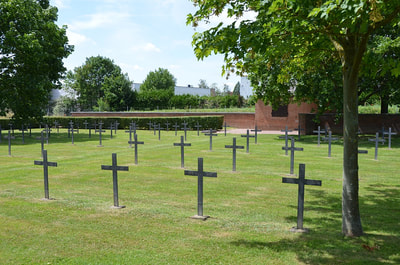 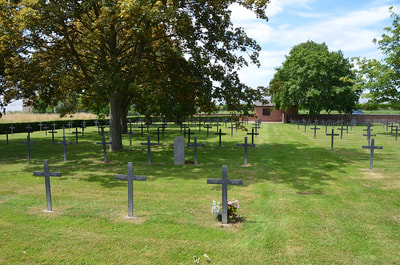 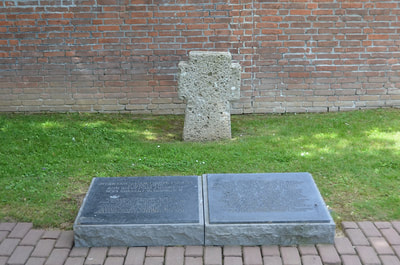 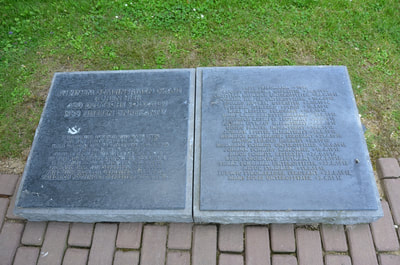