Sidney Stewart Hume was born in Buenos Aires, Argentina, South America on September 1st 1885. He served in the Army during the First World War and later in the Royal Flying Corps as a pilot, and was shot dawn in May 1917 near Croisilles-Hermies. He was interned in a German prisoner of war camp firstly at Holzminden and then at Schweidnitz in January 1918.

In August 1918 Hume was transported to England arriving at the Military Hospital in Netley, Hampshire. As he was clearly having mental problems, within three days he was transferred to Latchmere House Military Hospital on Ham Common, Richmond, London. It was here on the night of November 30th 1918, that Hume shot and killed Private Aldridge. He escaped in his pyjamas and dressing gown via a fire escape. Hume was arrested the next day in Hammersmith carrying a loaded revolver, and escorted to Richmond where he was charged with murder. He was remanded to Brixton Prison by the Kingston County Bench in December 1918 and committed for trial in February 1919.

On December 14th 1918 a statement was received at Wandsworth Police Station from Lieutenant Robert S. Nannaford alleging that patients at Latchmere House, including Sidney Hume, were ill treated. A copy of the letter was forwarded to the War Office on December 17th. By January 1919 Hume's mental state had caused him to be removed from Brixton Prison to Broadmoor Lunatic Asylum under the Criminal Lunatics Act of 1884, and his trial at Guildford Assizes postponed. But by February of that year his mental condition had improved sufficiently for his trial to take place in March 1919.

However Hume was not to get his day in court as evidence was presented by Dr. Griffiths, the Brixton Prison Medical Officer, where Hume had previously been remanded, whereupon Hume was ordered to be detained at His Majesty's Pleasure. It seems that Sidney Hume had been suffering from delusions believing he had been hypnotised by German doctors whilst a P.O.W. according to a statement given by Major N. Oliver, who was in charge of Latchmere House at the time. Oliver stated that Hume had improved whilst in the hospital and had therefore, been allowed more freedom of movement. Hume's mother and sister had both visited and escorted him outside the hospital at times. It was thought that on one of these outings to his home in St. John's Wood, that he collected his revolver and hid it on his return to Latchmere House.

Sidney Hume was to be a patient in Broadmoor for 49 years and eventually released on February 15th 1968. He died on September 20th 1984 at The Priory in Roehampton, now a trendy hospital for the rich and famous. His cause of death was given as bronchopneumonia, senile dementia and chronic schizophrenia. 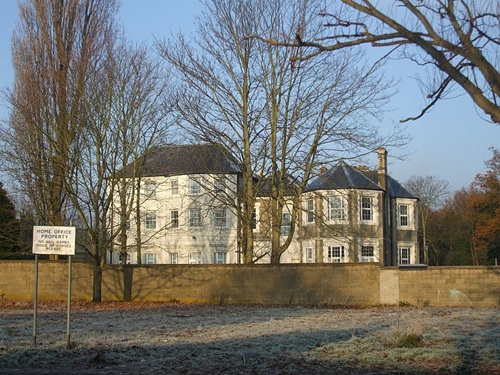 Latchmere House (Sold to a housing developer in 2012).