La Motte-au-Bois is a village approximately halfway between Hazebrouck and Merville.

From the church in La Motte-au-Bois, take the D188 towards Vieux Berquin. The cemetery will be found on the right set on the northern edge of the wood 2 kilometres from the village.

The Battle of Hazebrouck (one of the Battles of the Lys), including the Defence of Nieppe Forest, lasted from 12 to 15 April 1918. The line east of Nieppe Forest was defended against overwhelming forces by the 29th and 31st Divisions, the latter including the 4th Guards Brigade. Although Vieux-Berquin village was lost on 13 April, the rest of the line was held until the 1st Australian Division had detrained and arrived on the field. The cemetery was used from April until September 1918.

The grave of one British officer who fell in 1915 was brought to this cemetery after the Armistice from LA MOTTE-AUX-BOIS COMMUNAL CEMETERY.

The cemetery was used again during the Second World War for the burial of casualties of the battles covering the withdrawal to Dunkirk in May 1940. 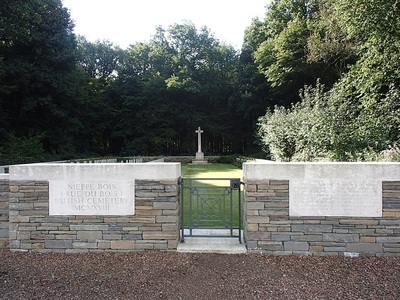 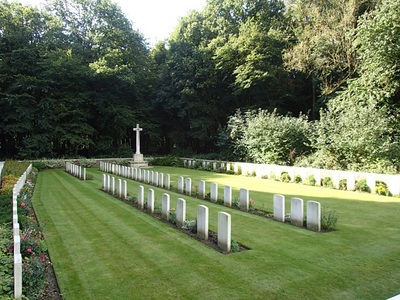 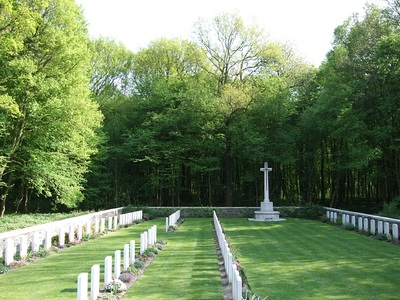 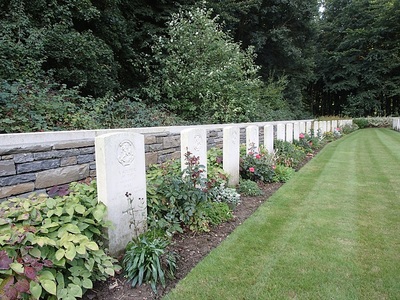 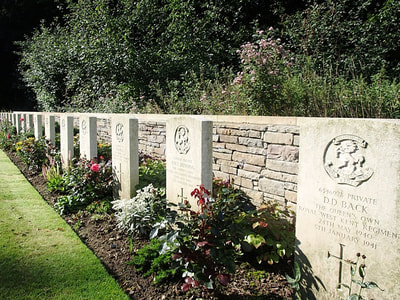 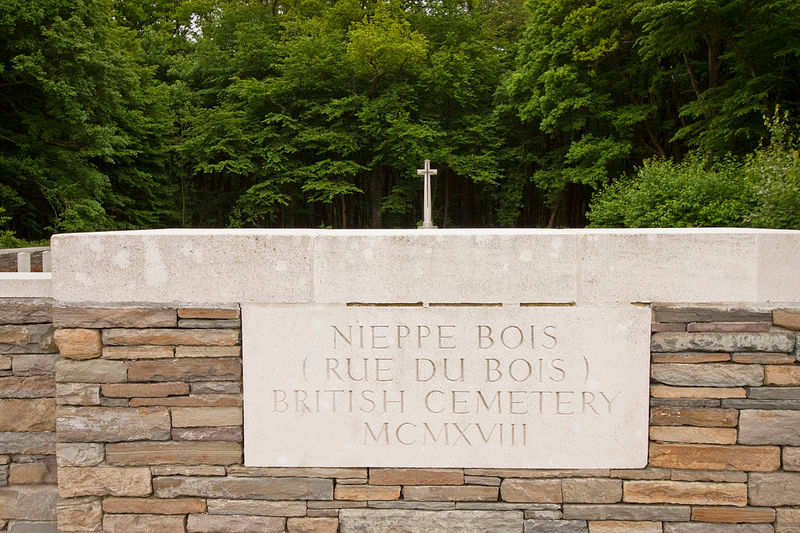 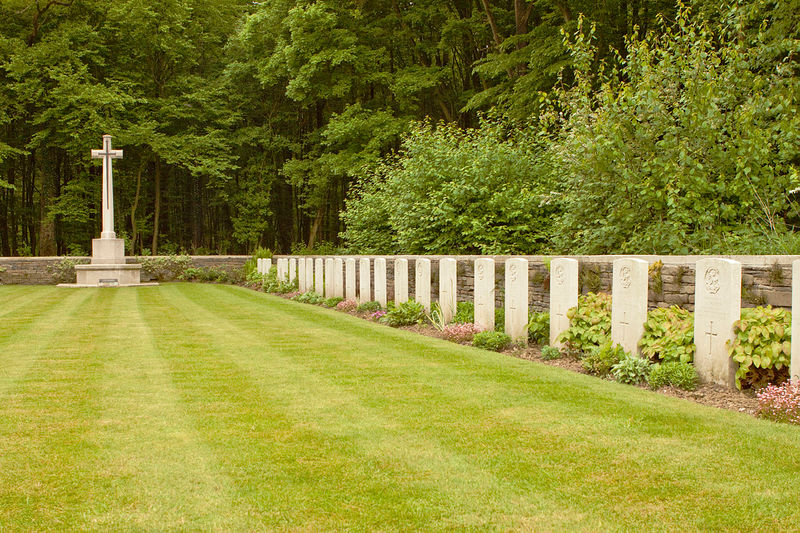 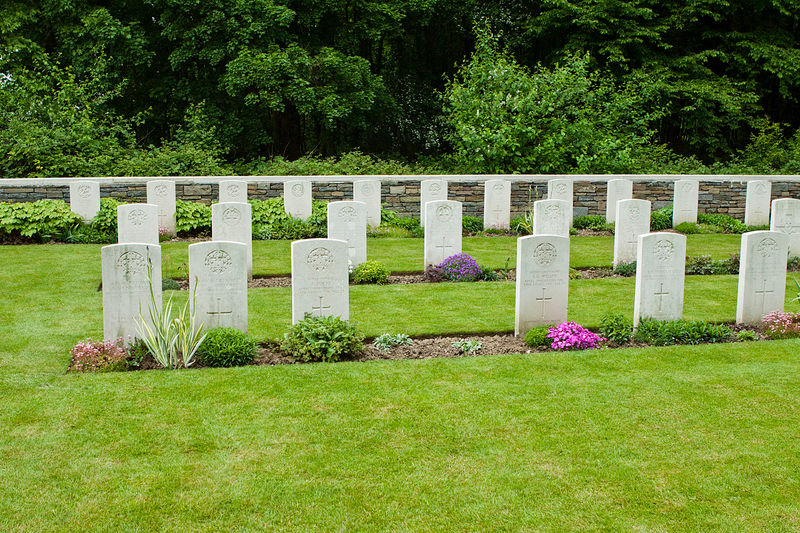 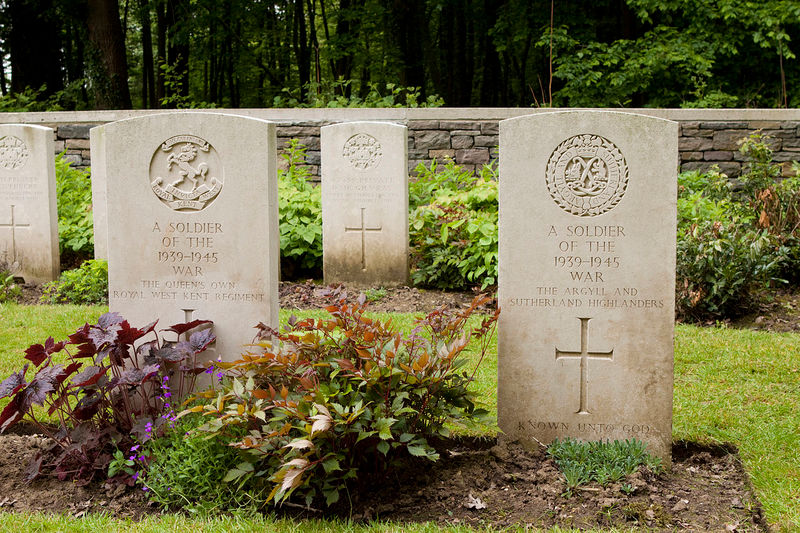 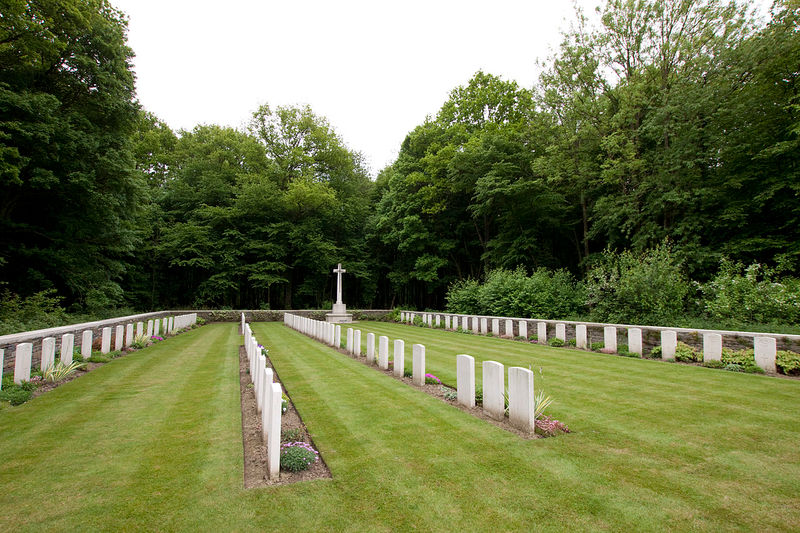 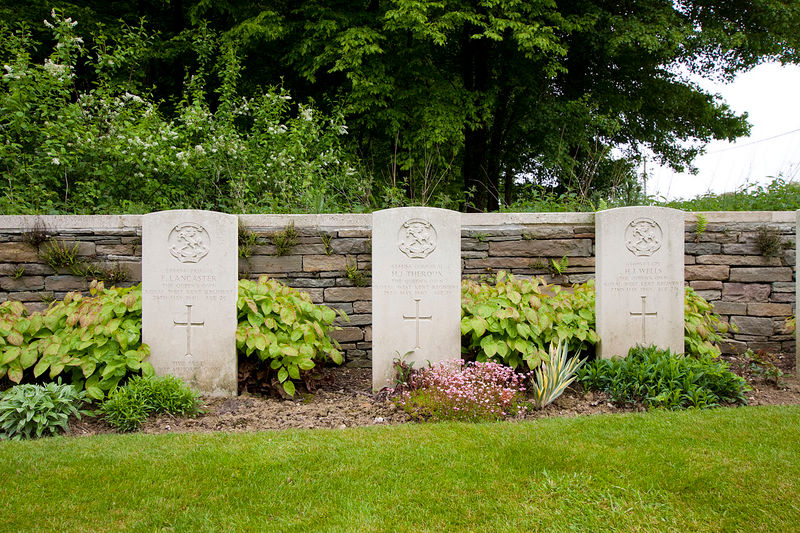 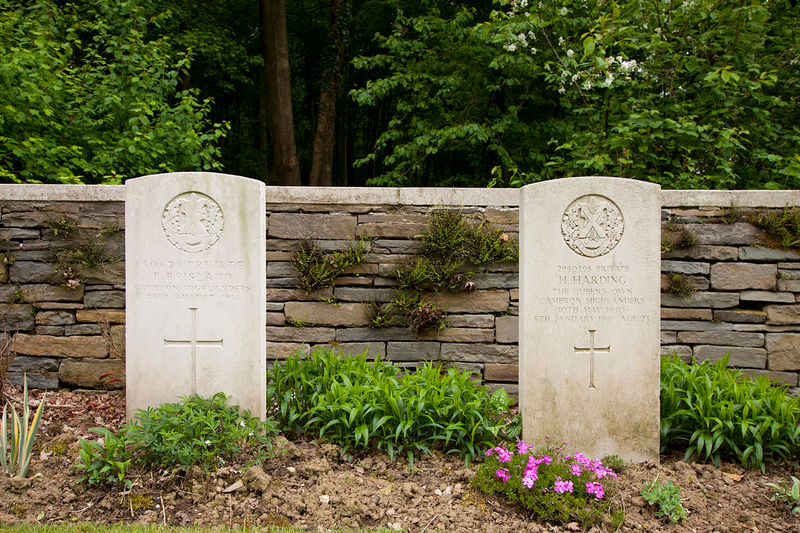 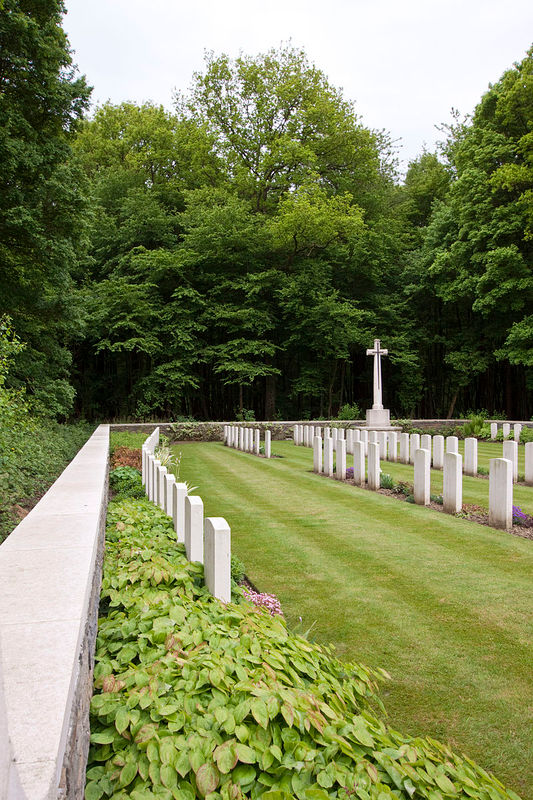 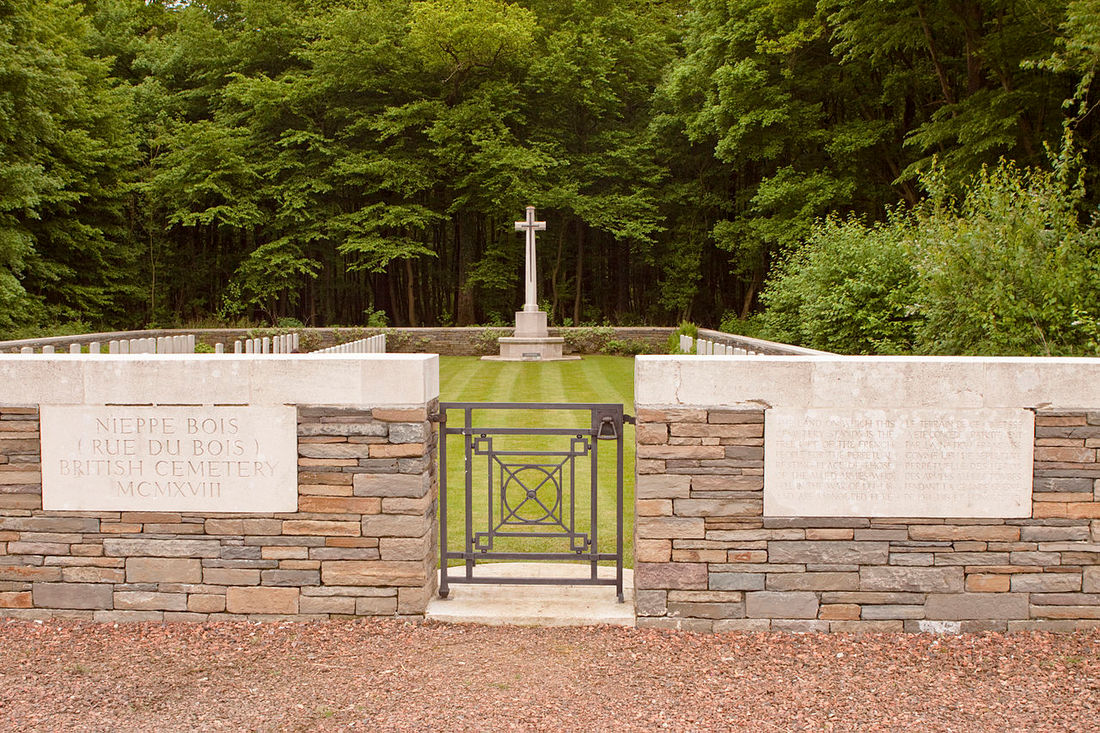 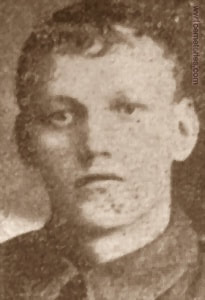 ​His headstone bears the following inscription; "For Honour, Justice, Liberty And Truth, He Sacrificed His Glorious Youth."

Enlisted in the Royal Fusiliers in May 1916, transferred to a Labour Battalion before being posted to the Cameron Highlanders. Prior to enlisting, he was a weaver at Nuttall's and Crook's Elm Street Mill, Burnley.

"It is with the deepest regret that I perform the sad duty of informing you of the death in action of Pte. Bannister. On the afternoon of the 20th, we went 'over the top' and were crossing a field when we encountered a hail of machine gun fire, one bullet struck your husband. I was near by and saw him fall, so can give the melancholy satisfaction that he did not suffer, death being instantaneous. He was buried in a military cemetery not far from the battlefield and the spot will be marked by a simple wooden cross, to be subsequently replaced by a more permanent memorial. His comrades join with me in heartfelt sympathy towards you and his family on  this heavy loss."

His family had the following printed after his death;

"For Honour, Justice, Liberty And Truth,
He Sacrificed His Glorious Youth.
He died, if it were death to give,
That all his friends on earth might live."

From his loving wife, Elizabeth Ann.

"Angels, dear daddy will guard you with care."

"He sleeps besides his comrades in a hallowed grave unknown,
But his fame is written in letters of love on the hearts he left at home;
May the heavenly wind blow softly o'er the sweet and hallowed spot,
Though the sea divides his grave and us, he will never be forgot" 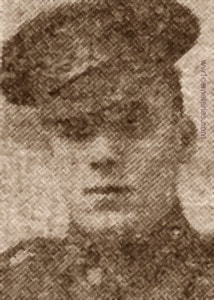 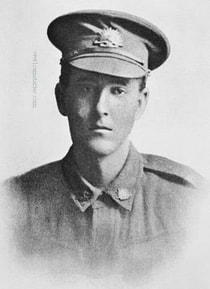 Son of James and Jeannie Boyd, of Scarsdale, Ballarat, Victoria, Australia. Native of Bonegilla, Victoria.
​
An acting accountant prior to enlistment, he embarked from Melbourne on HMAT Commonwealth (A73) on 26 November 1915. He was killed in action near Hazebrouck, France in the Forest of Nieppe. 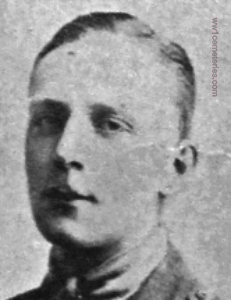 His headstone bears the following inscription; "To Live In The Hearts Of Those We Love Is Not To Die." 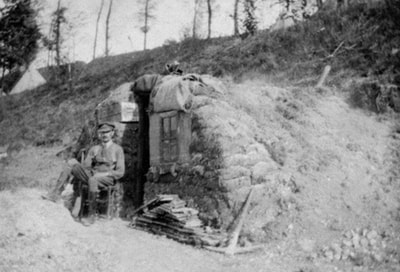 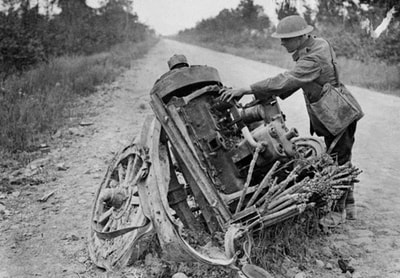 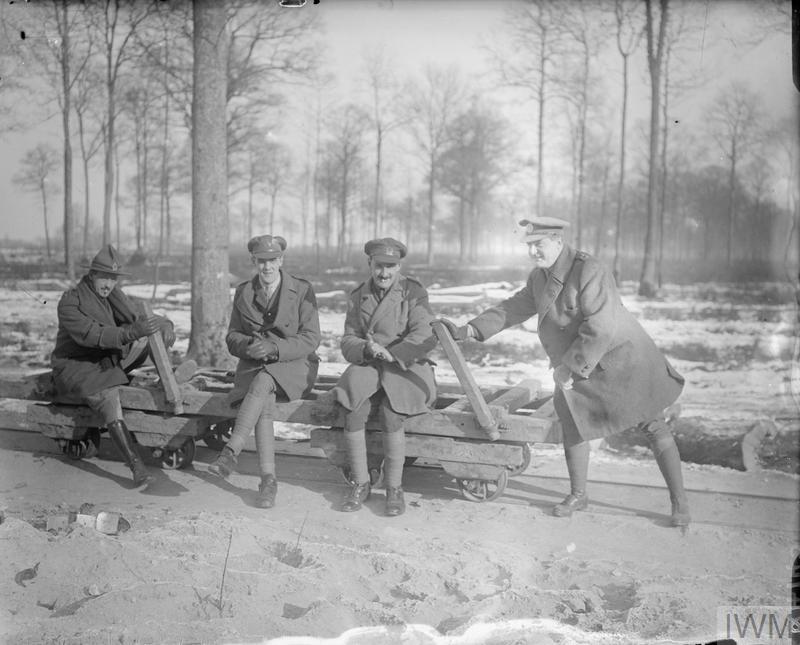 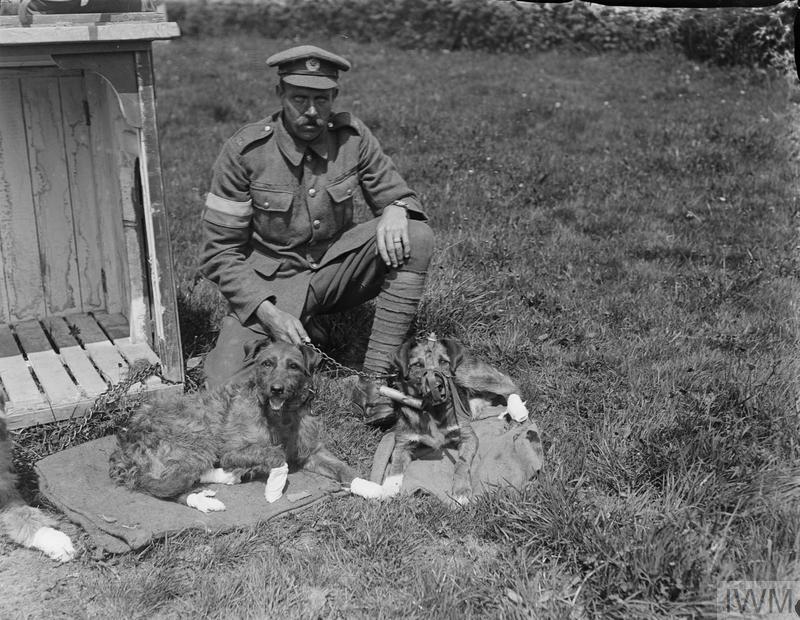 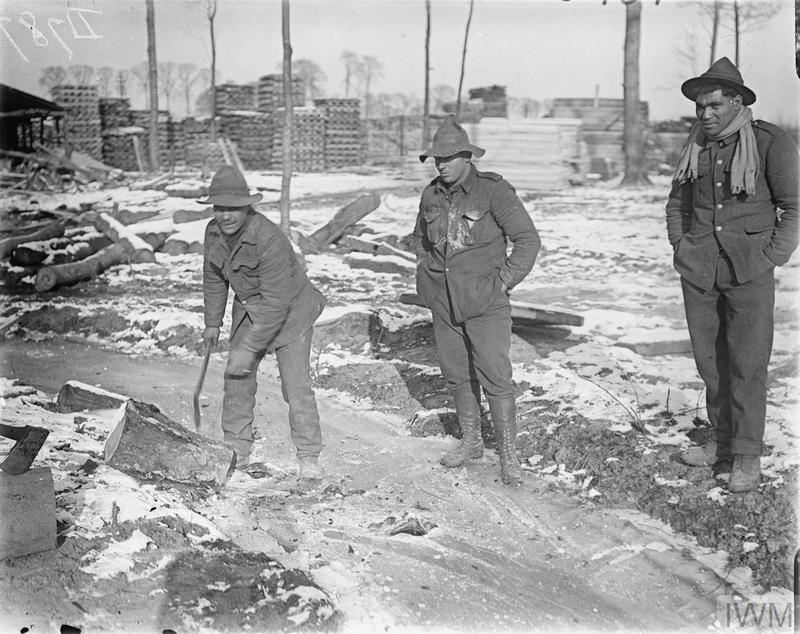 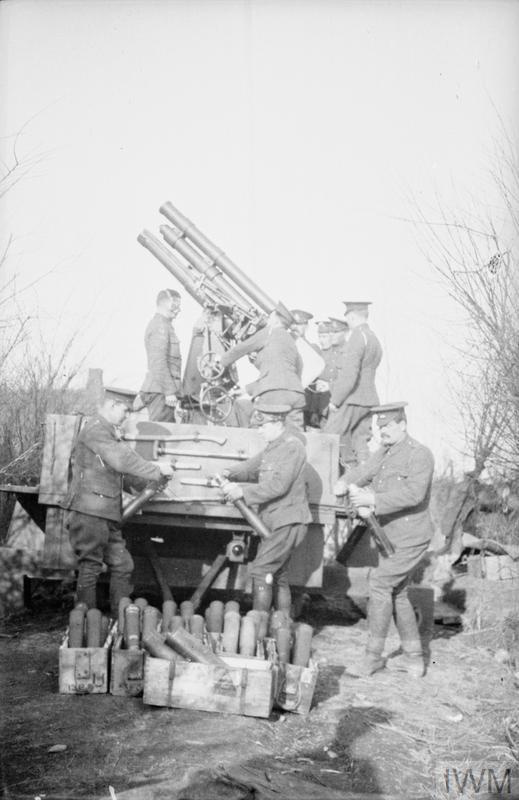