The village of Nouvelles is located south-west of the town of Mons off the N6. From the motorway E19/E42 turn off at junction 24a onto the R5 direction Nouvelles. Follow the R5 to the end and the junction with the N6, turn left onto the N6 direction Mons. Turn first right into Rue De Asquillies towards Nouvelles. Follow this road into the village centre where it becomes Rue de Robersart. Pass the church (on your right hand side) and after about 130 metres, make a left turn into Rue Briffaut. The walled communal cemetery is about 100 metres up on the right.

The graves are located to the right of the main path.

Nouvelles Communal Cemetery contains nine Commonwealth burials of the First World War, one of which is unidentified.
​ 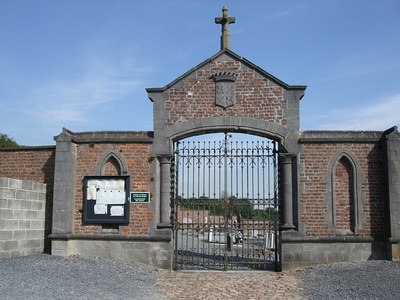 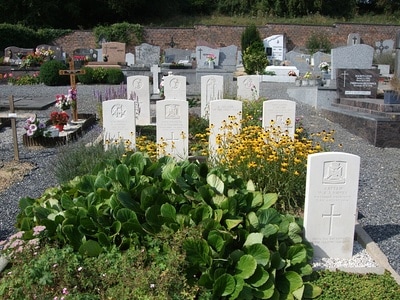 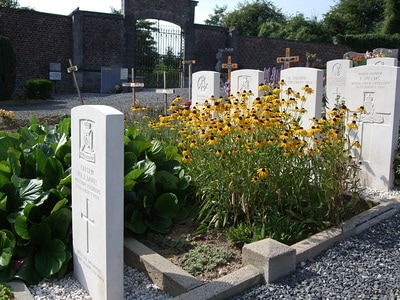 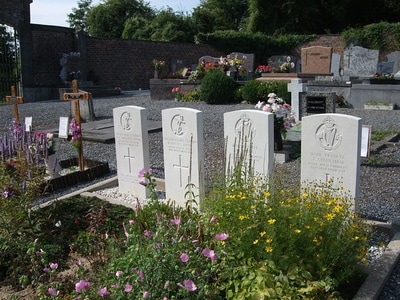 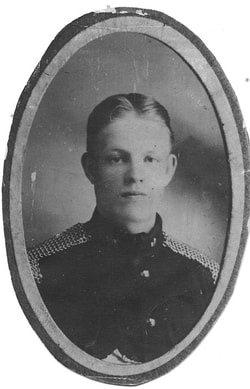 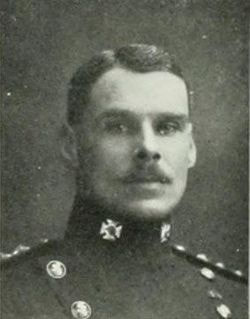 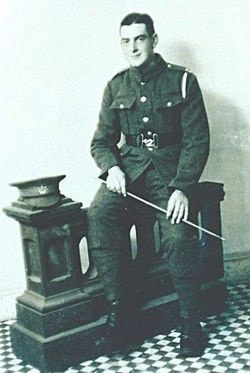 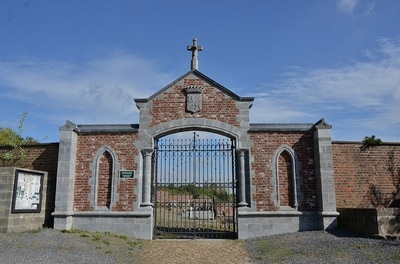 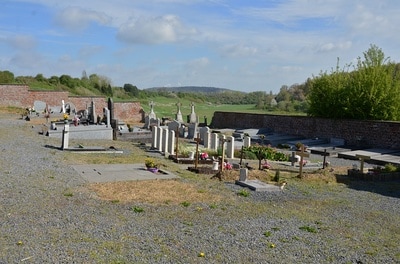 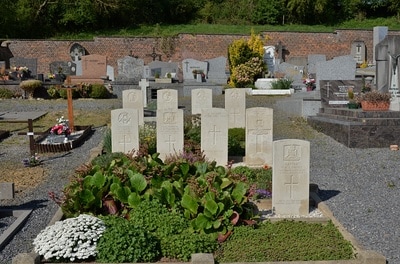 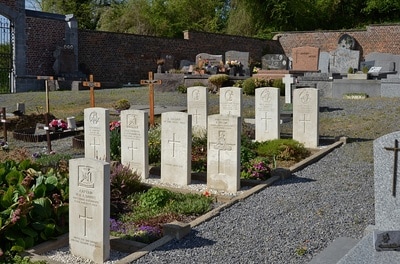 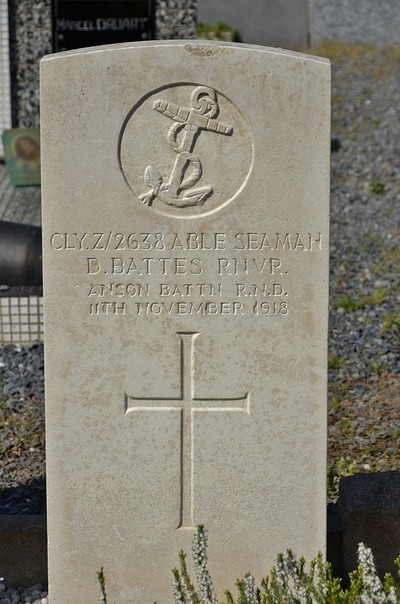 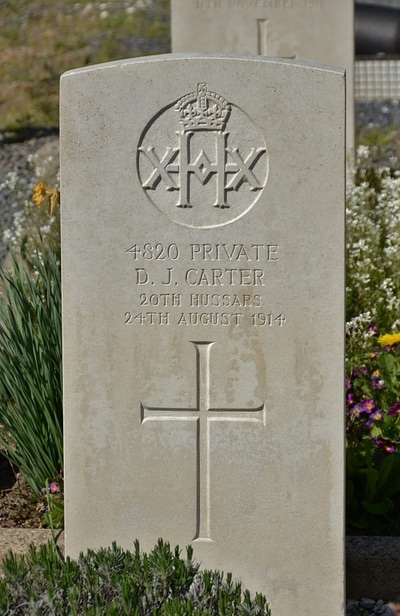 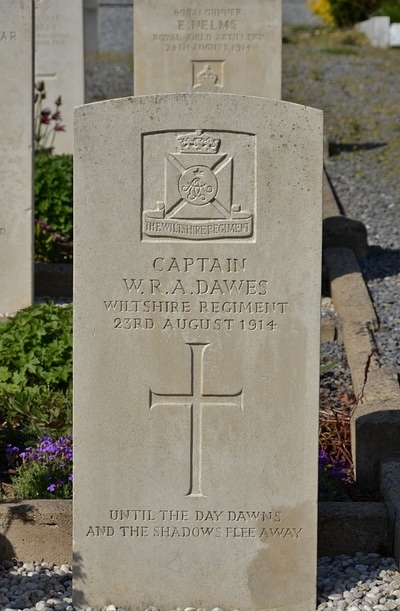 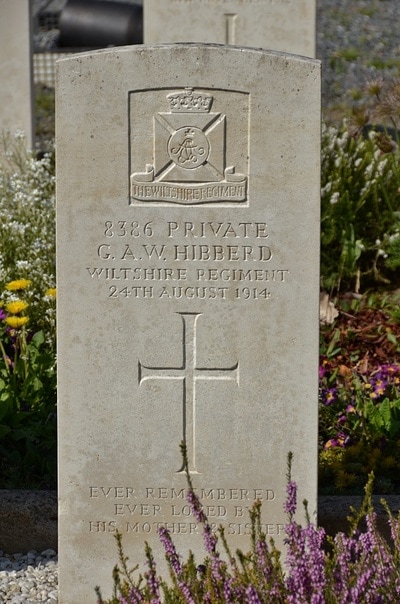 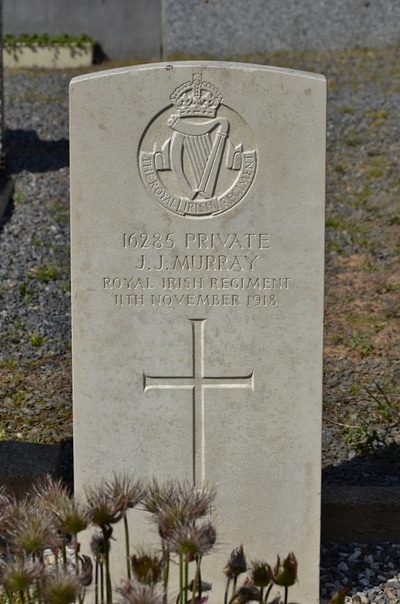 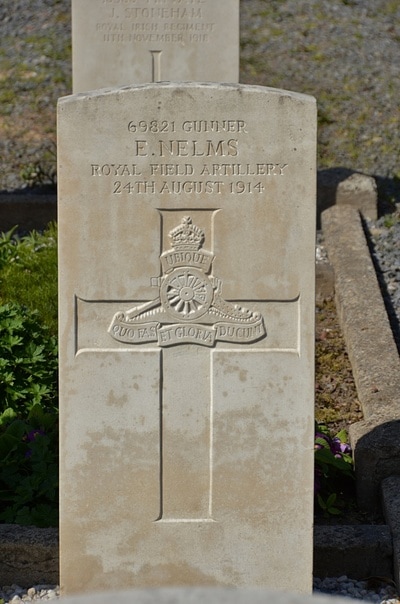 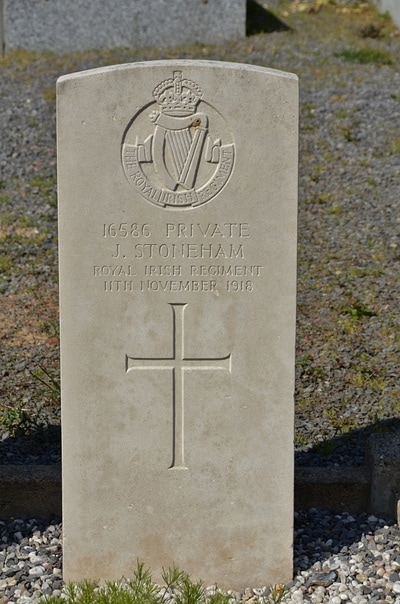 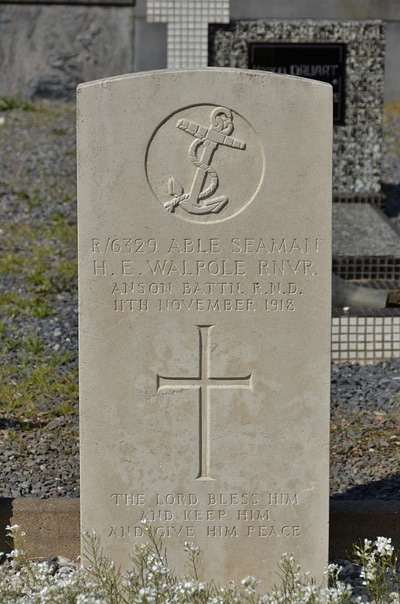