Noyelles-sur-Mer is at the estuary of the Somme, 13 kilometres north-west along the D40 from Abbeville. The cemetery will be found in Nolette on the road to Fliheaucourt.

Within the cemetery will be found the Noyelles-sur-Mer Chinese Memorial, which commemorates 41 men of the Chinese Labour Corps who died on land or at sea and whose graves are not known.

Noyelles-Sur-Mer was the base depot of the Chinese Labour Corps in France, the site of their largest camp and of No.3 Labour (originally the Chinese) General Hospital.

The Chinese Labour Corps was the outcome of an agreement made between the United Kingdom and Chinese Governments on 30 December 1916, for the employment of Chinese labour in France. The men were recruited in north China and the first contingent arrived in France in April 1917. By the end of 1917, 54,000 were in France and Belgium. At the Armistice the Corps numbered nearly 96,000 and even in May 1919, 80,000 were at work. Nearly 2,000 died during the war and when the cemeteries were constructed after the war was over, the headstones for these men were engraved in Chinese characters by a selected group of their comrades.

There are now 841 First World War burials in the cemetery.

The cemetery was designed by Sir Edwin Lutyens, assisted by Captain Truelove. The inscription in Chinese carved around the entrance feature was chosen by Shi Zhaoji, who was the Chinese Ambassador to Great Britain during the war. The inscription roughly translates as 'This site commemorates the sacrifice paid by 1900 Chinese workers who lost their lives during the 1914-1918 war, these are my friends and colleagues whose merits are incomparable.' 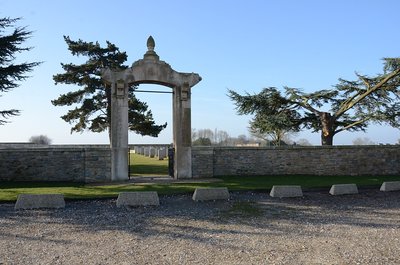 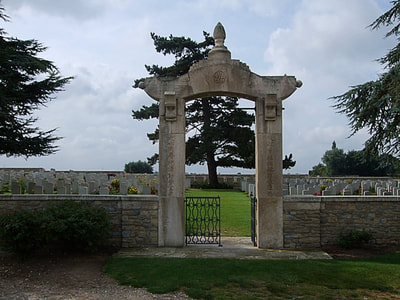 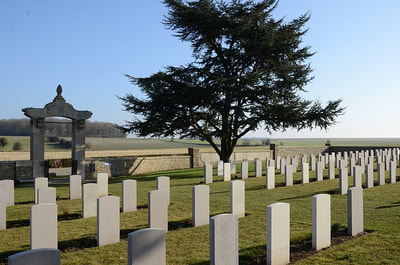 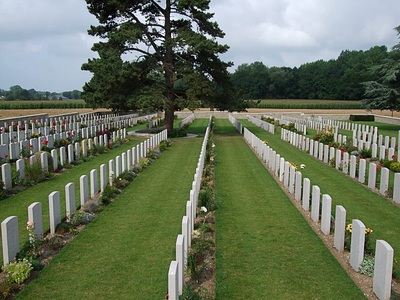 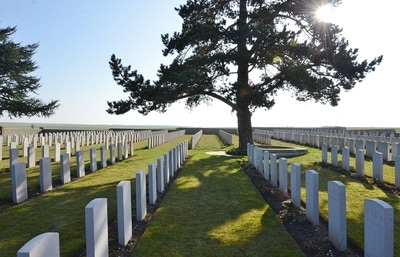 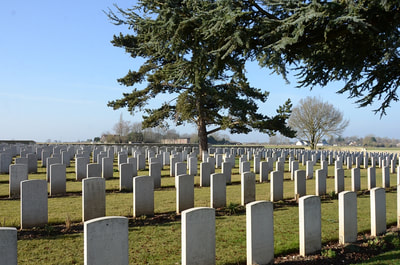 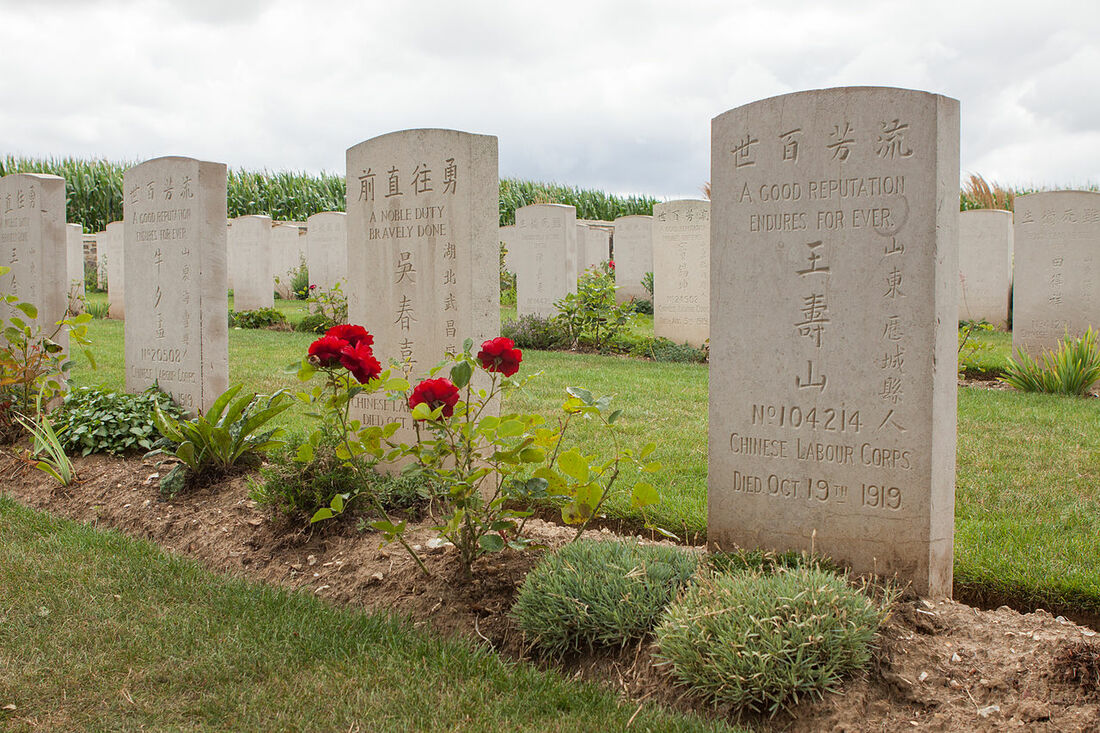 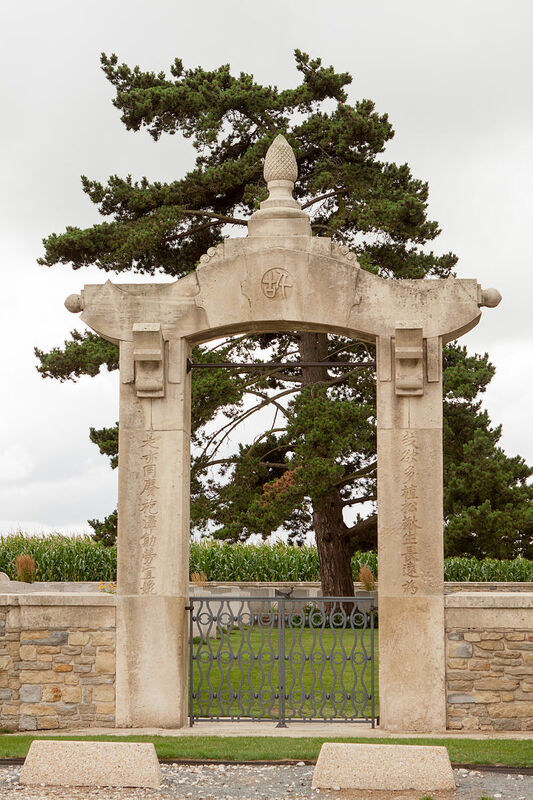 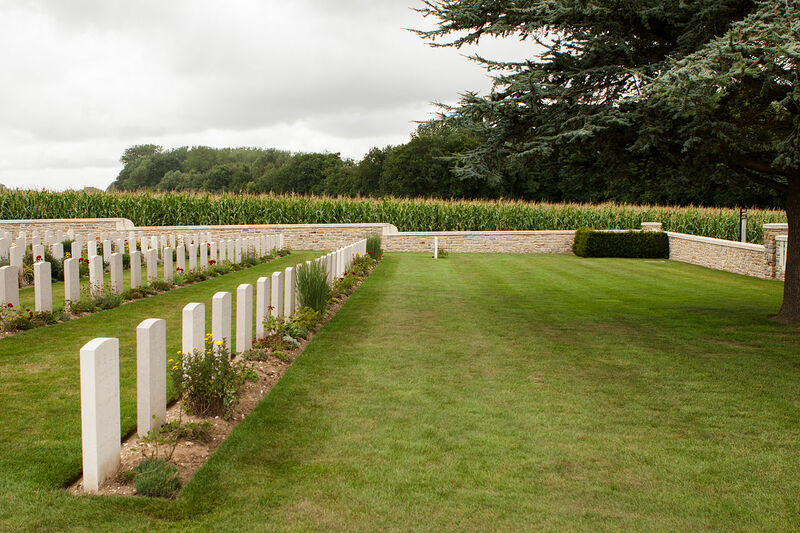 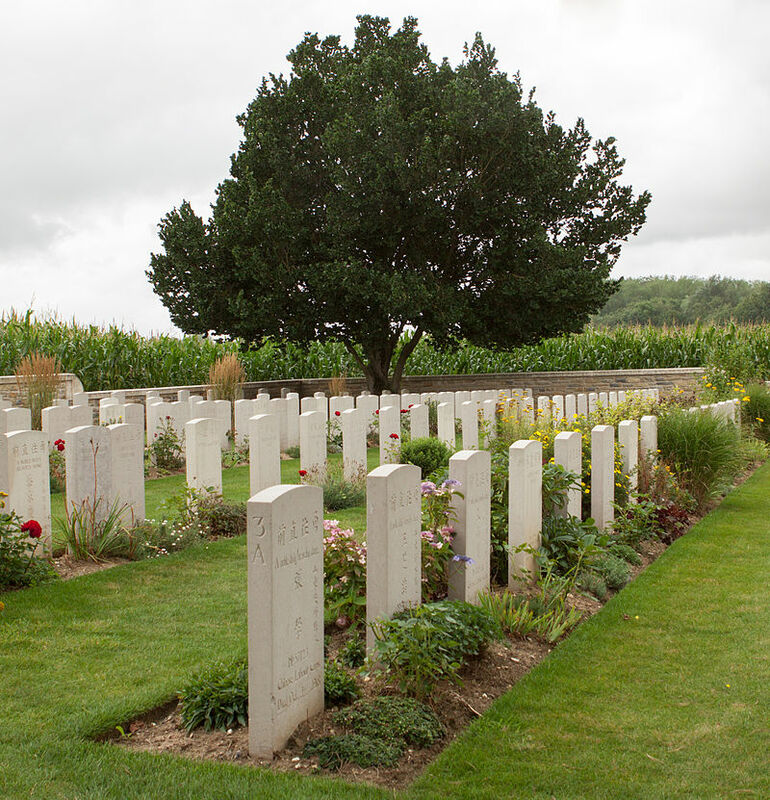 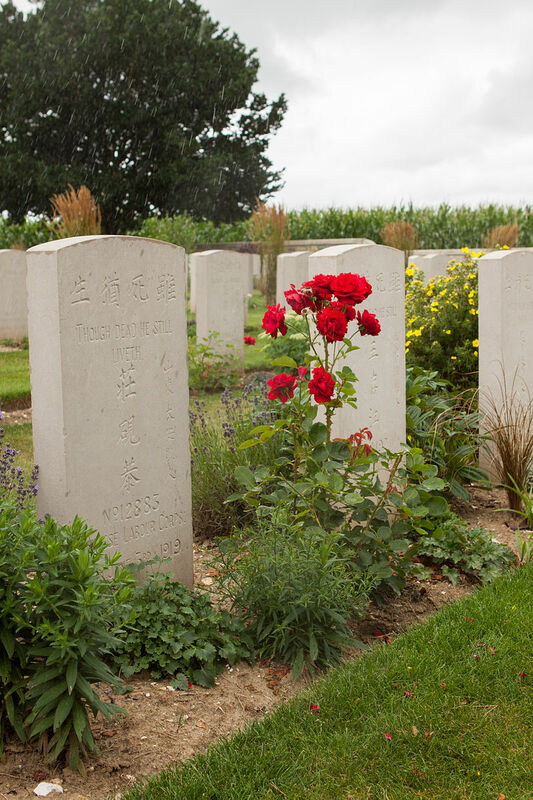 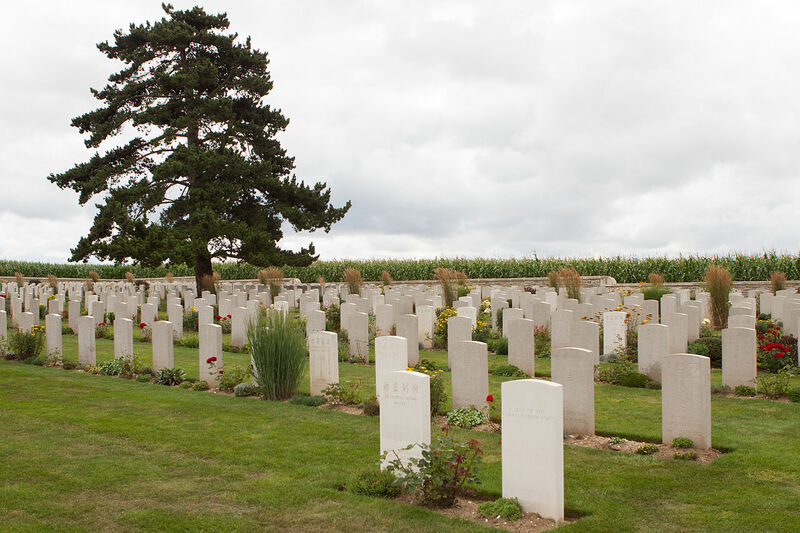 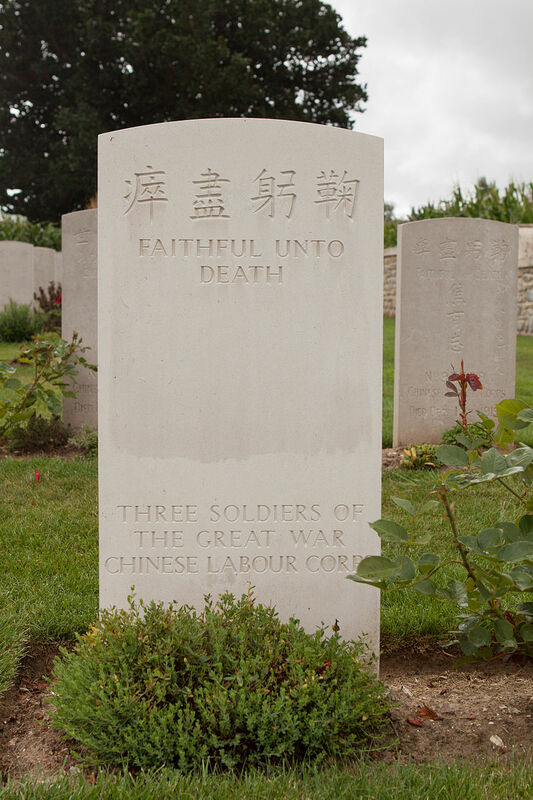 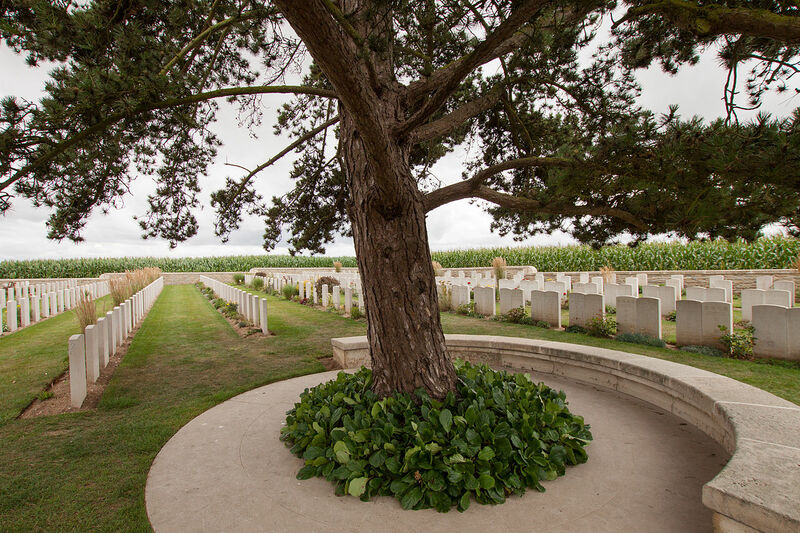 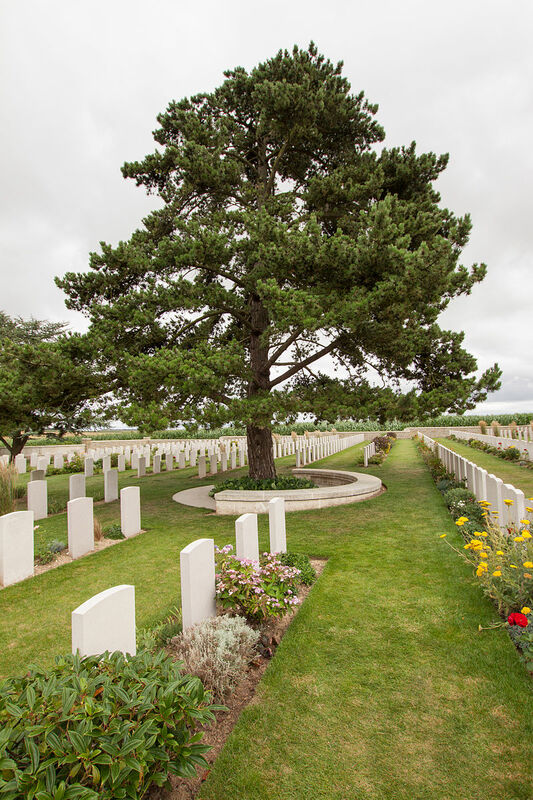 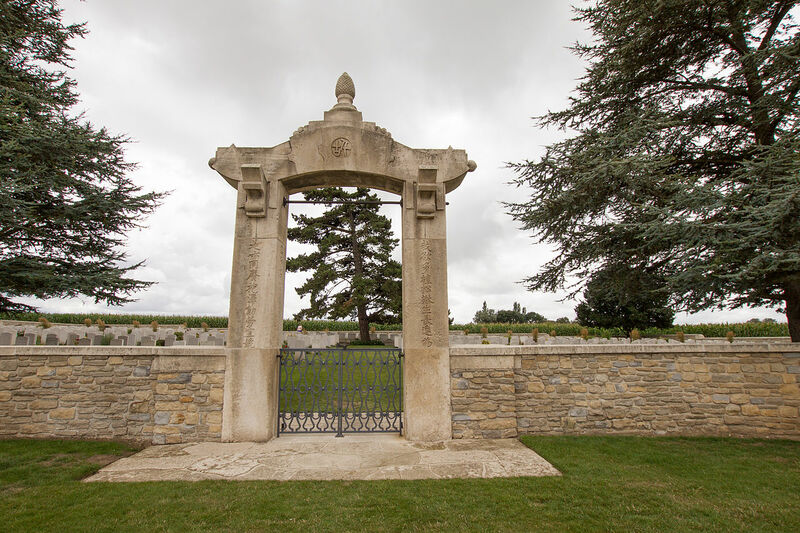 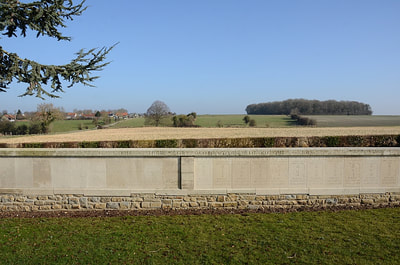 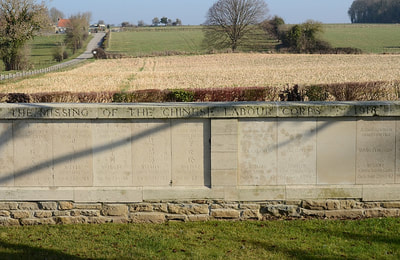 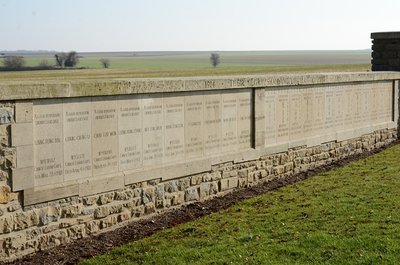 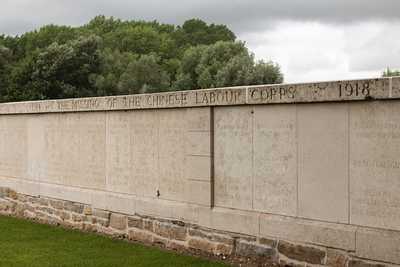 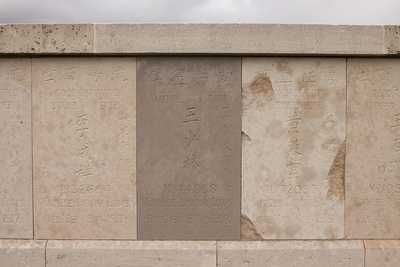 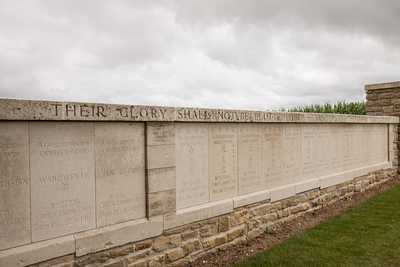 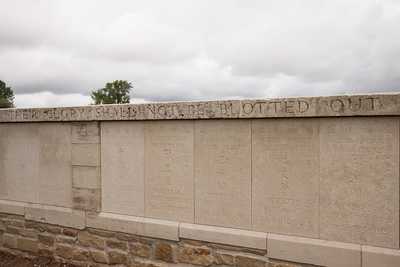 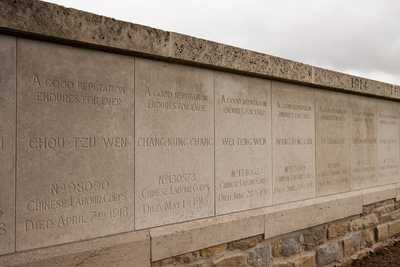 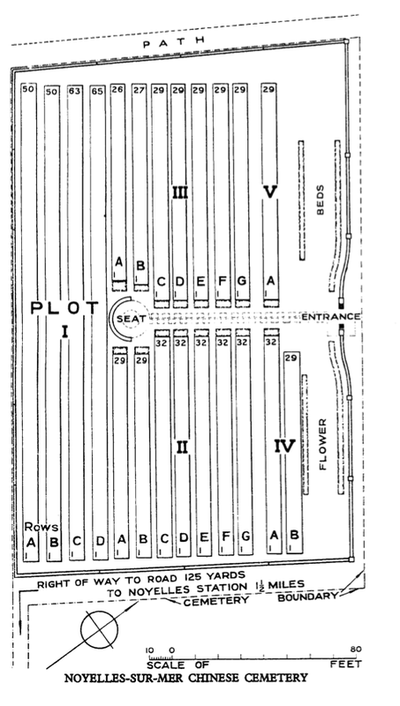 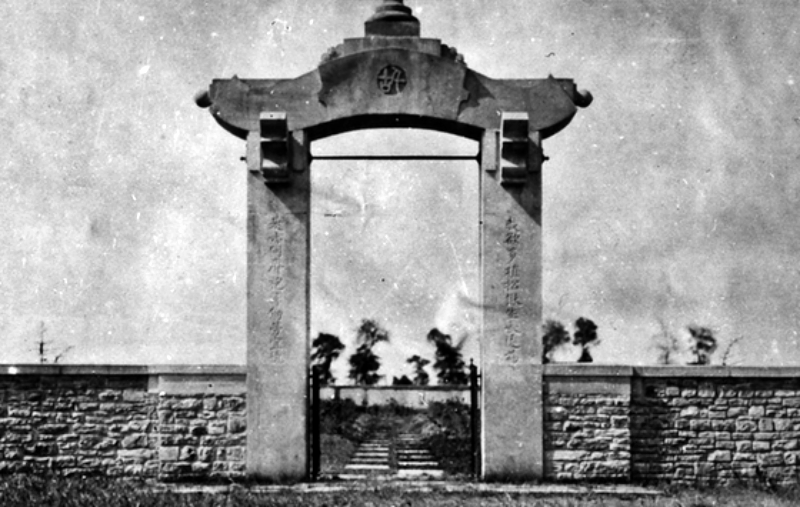 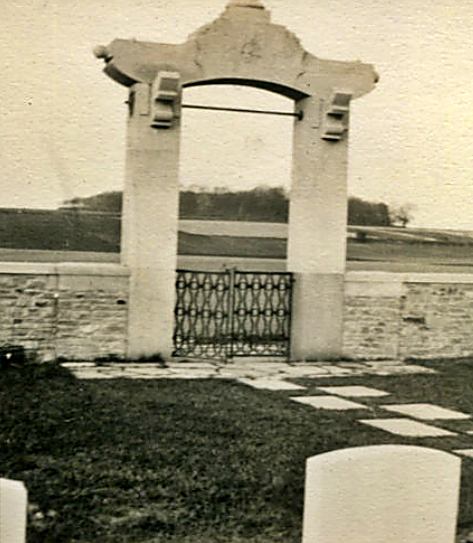