From Bapaume take the N17 to Peronne. On entering Péronne turn right towards the hospital. On reaching the hospital, which will be on the right, take the small road opposite and the cemetery is at the end of this road on the left hand side.

Péronne has stood many sieges in French and Burgundian history. It was fortified by Vauban. It was captured by the Germans on the 9th January, 1871, after a twelve days' siege and a severe bombardment. It fell into German hands gain on the 24th September, 1914. On the 18th March, 1917, the 40th and 48th Divisions entered the town, which had been set on fire by the enemy; and on the 23rd March, 1918, the Germans recaptured it. On the 30th August-1st September, 1918, the 2nd Australian Division took Mont-St. Quentin (a feat commemorated by the Battle Memorial erected beside the village street), and on the latter day they entered Peronne.

The town has been "adopted" by the County Borough of Blackburn.

The cemetery contains (on the left-hand side of the centre path, opposite the 1870 Memorial) the grave of a soldier from the United Kingdom who fell in August, 1914. 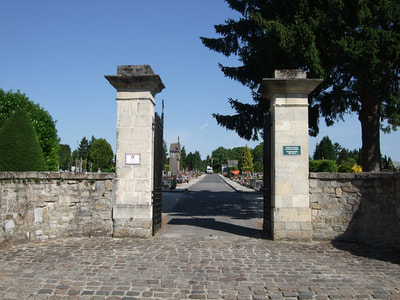 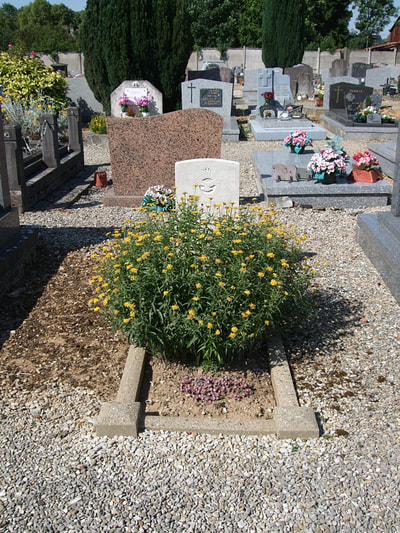 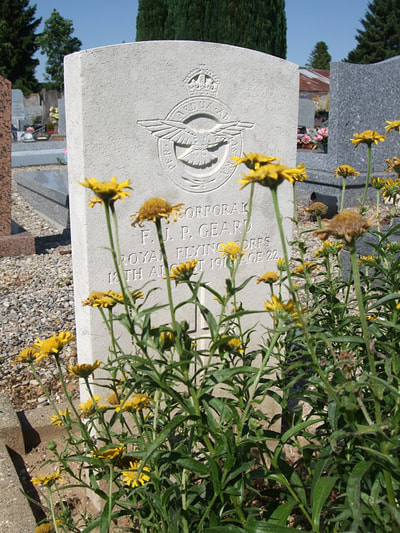 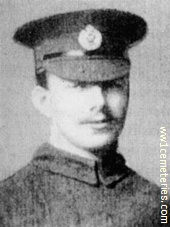