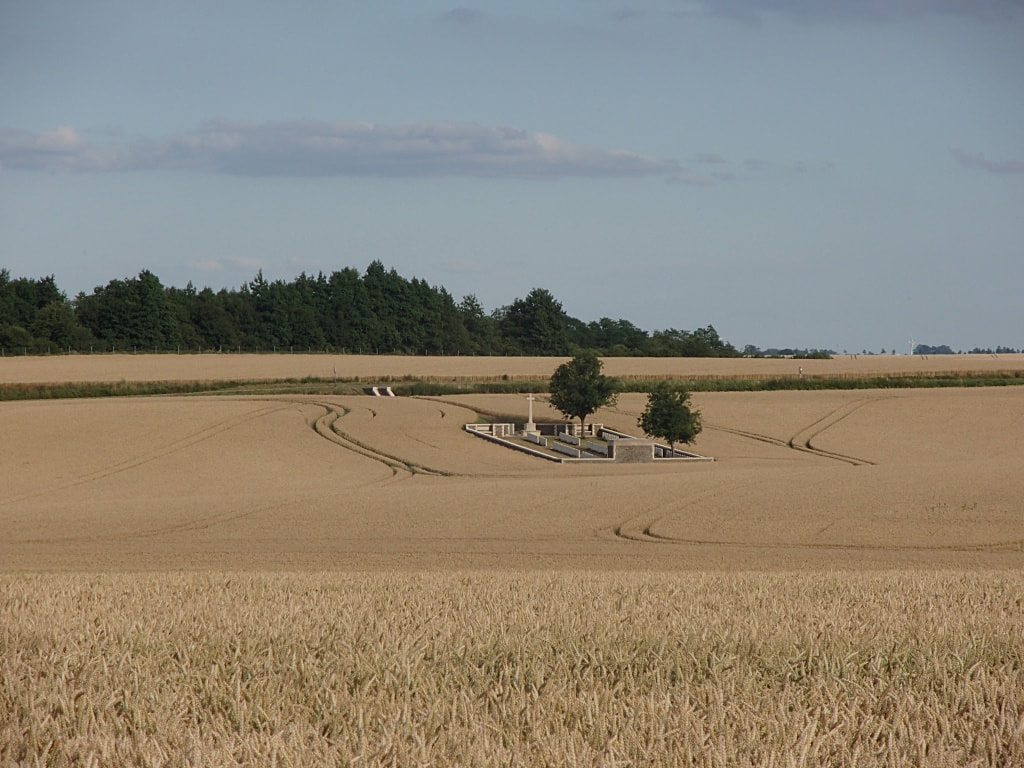 Epehy was captured at the beginning of April 1917; lost on the 22nd March 1918; and retaken (in the Battle of Epehy) on the following 18th September by the 12th (Eastern) Division.

Pigeon Ravine Cemetery is on the South side of a shallow valley running East and West which was the scene of a mounted charge by the 2nd Lancers on the 1st December 1917. The cemetery was made by the 33rd Division Burial Officer at the beginning of October 1918.

There are now over 100, 1914-18 war casualties commemorated in this site. Of these, nearly 20 are unidentified and special memorials are erected to two soldiers from the United Kingdom known or believed to be buried among them.

The cemetery covers an area of 514 square metres and is enclosed by a low rubble wall. 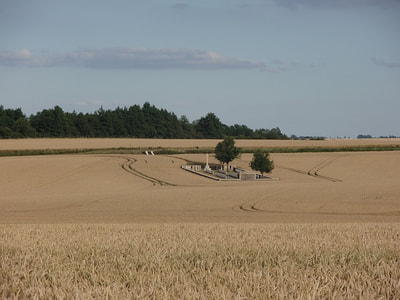 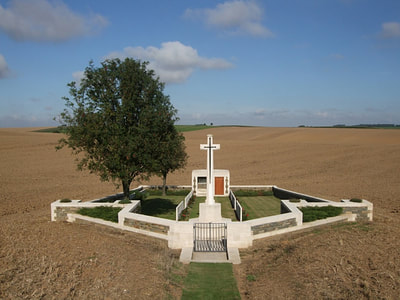 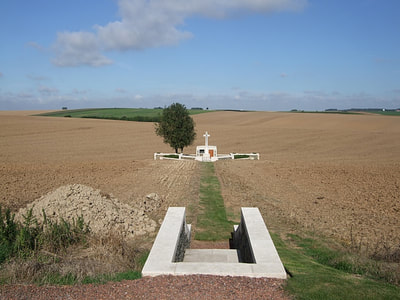 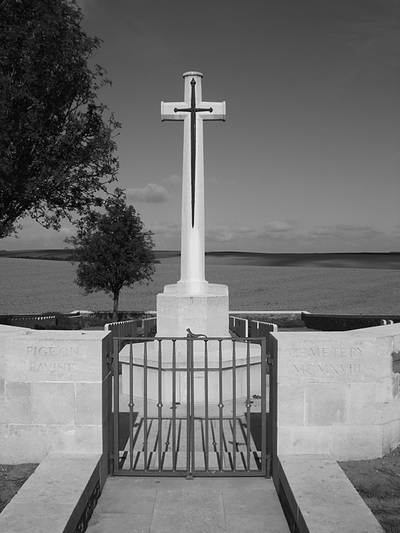 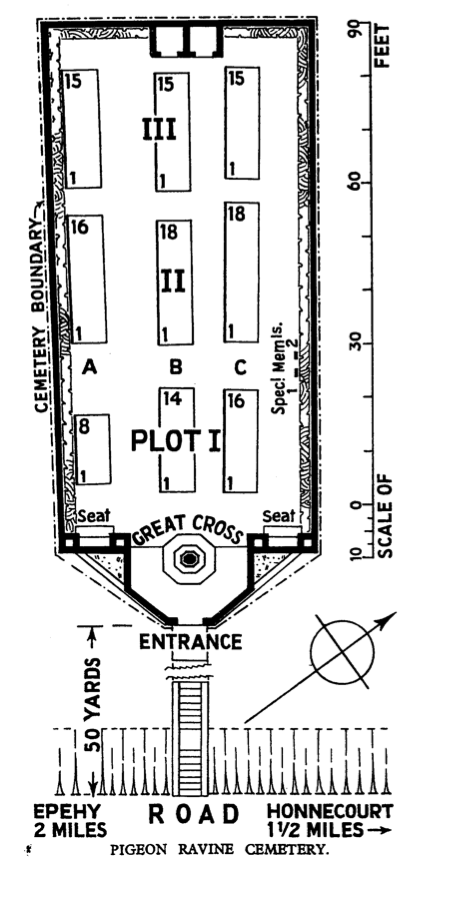 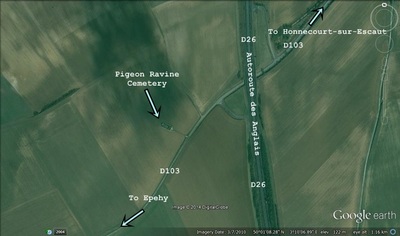 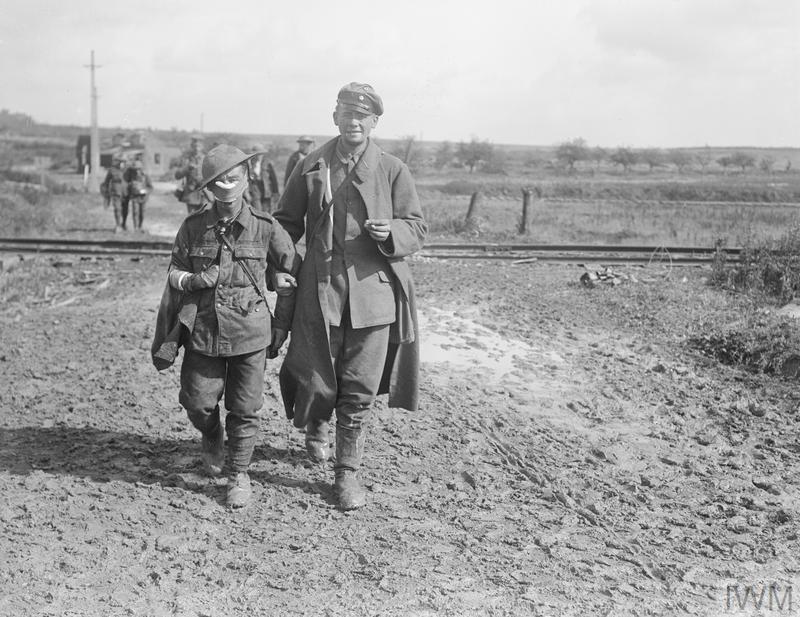 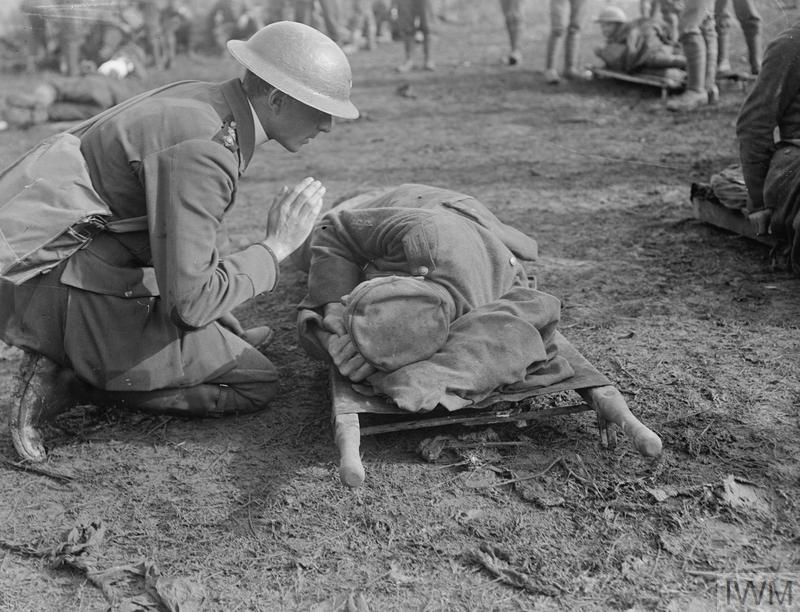 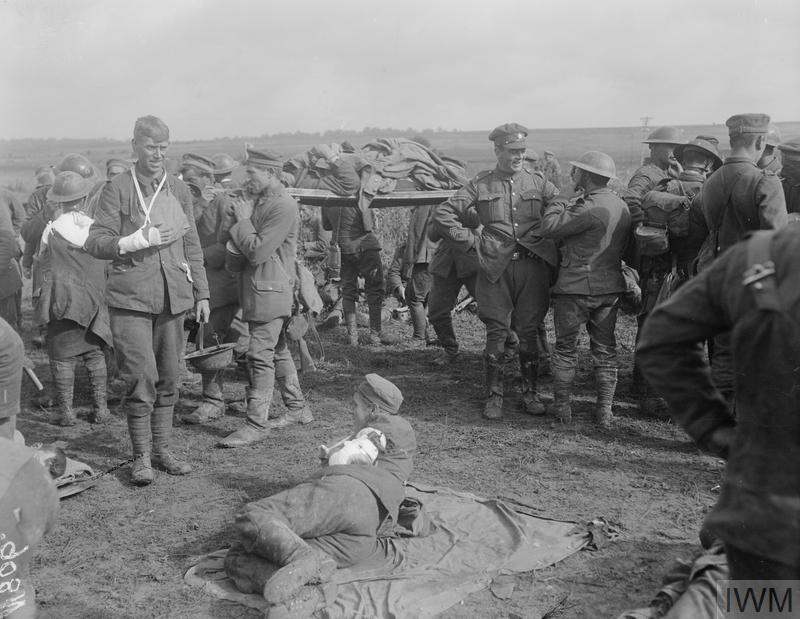 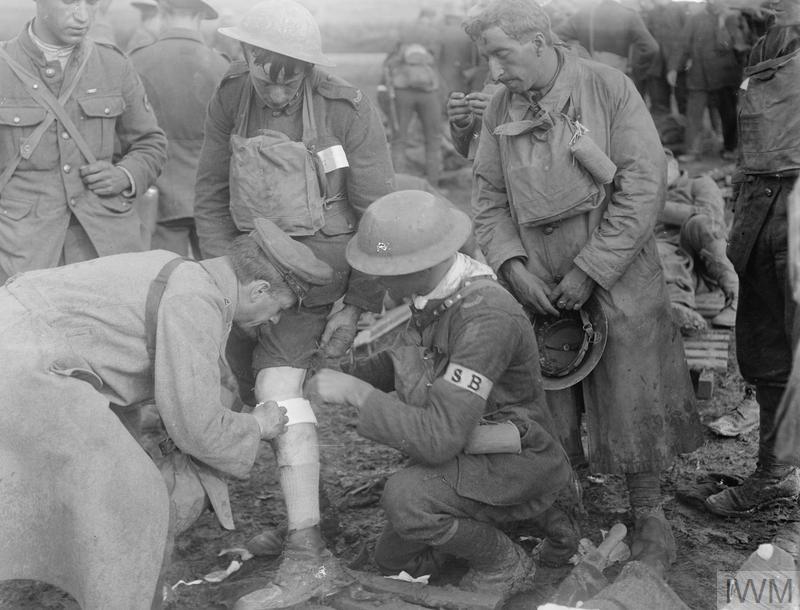 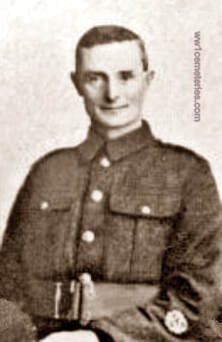 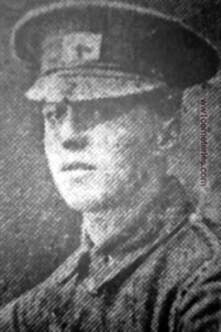 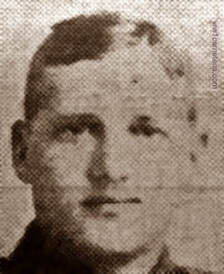 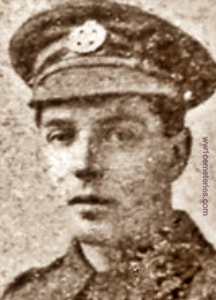 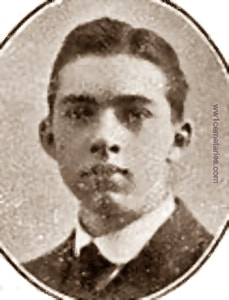 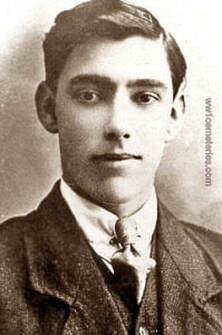 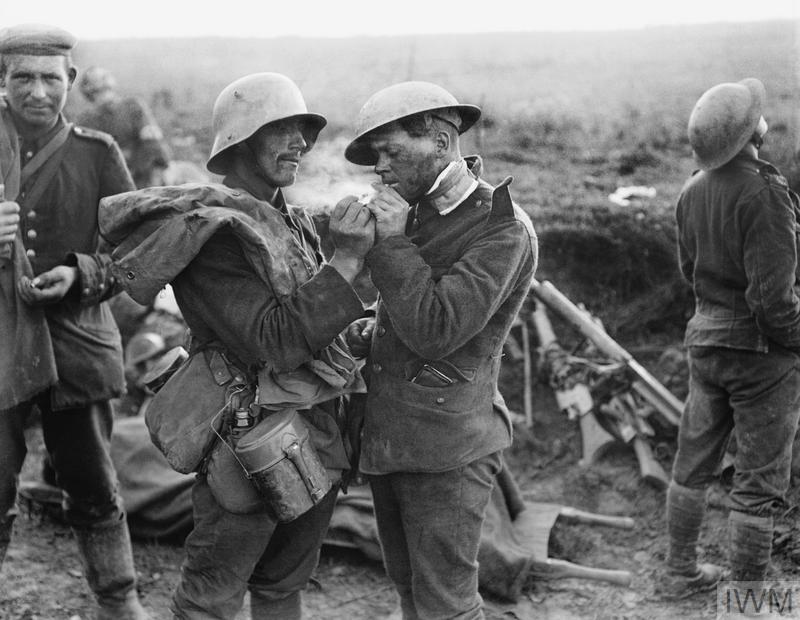 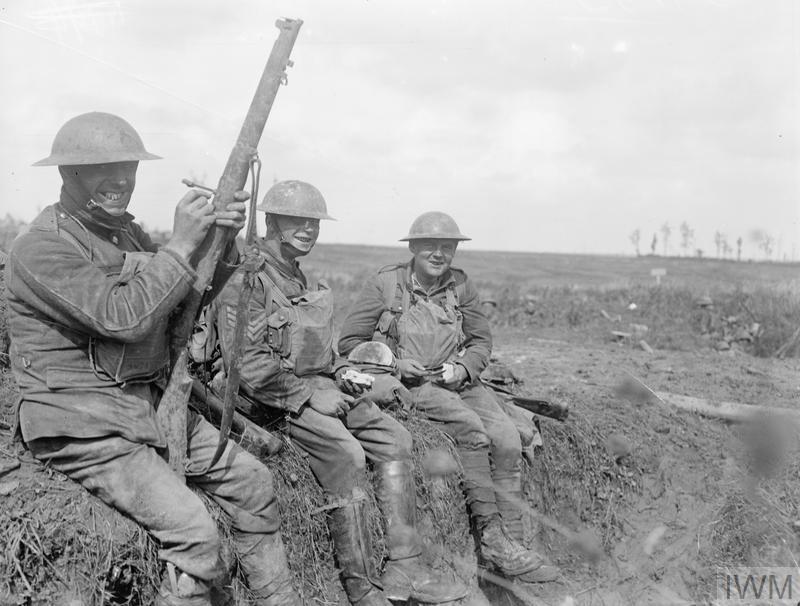 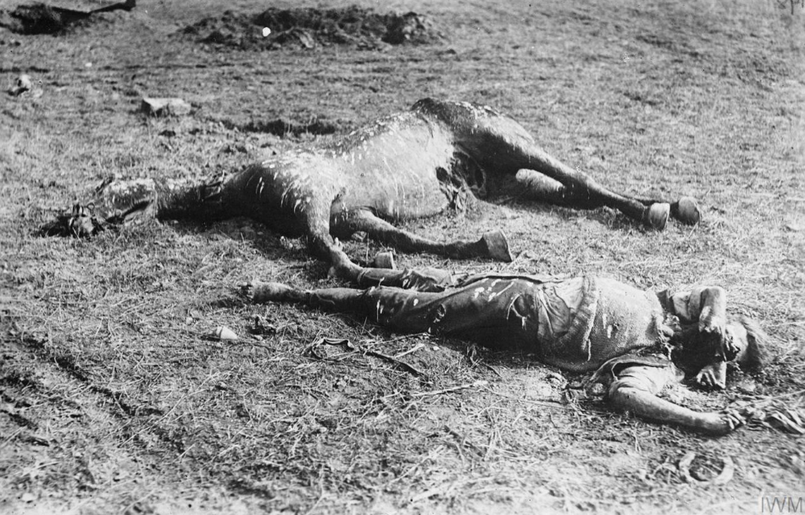 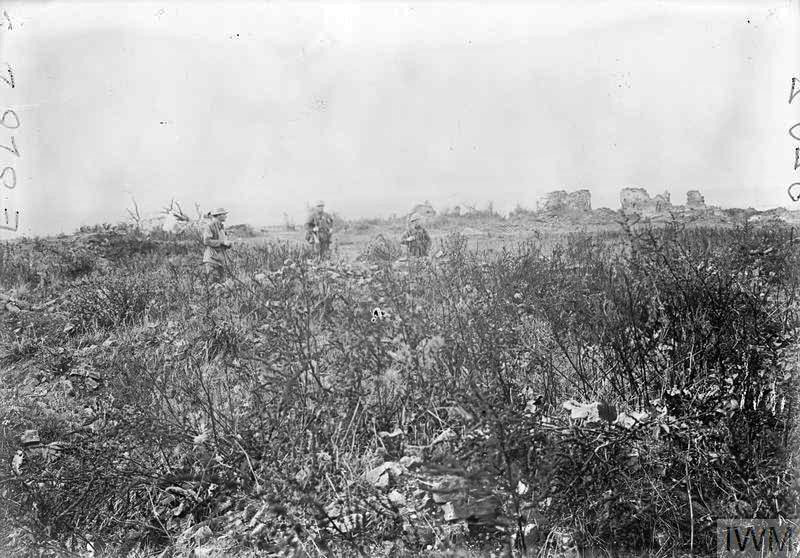 The ruins of Ascension Farm, a strongpoint in the German second line, after it was captured by the 45th Infantry Battalion, Australian Imperial Force on 18 September 1918. © IWM E(AUS) 3252 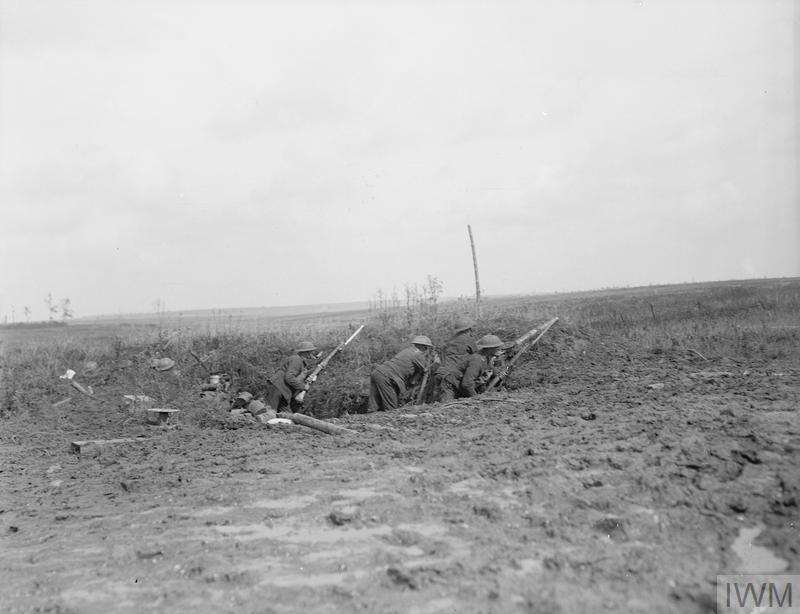 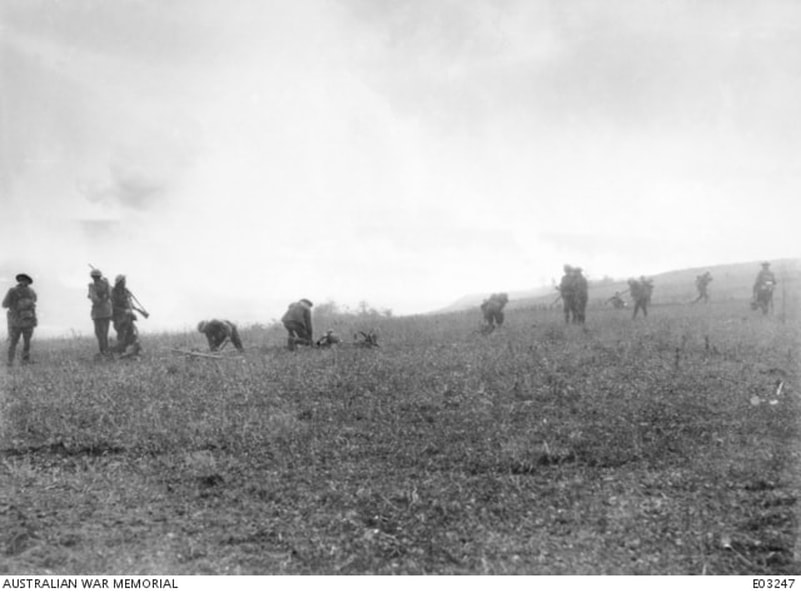 18th September 1918; The 45th Australian Battalion digging in under a smoke barrage near Ascension Farm on the second objective in the attack made by the 1st and 4th Australian Divisions and British Divisions upon the old British trench lines near Hargicourt and the outpost line of the Hindenburg system. The Hindenburg Outpost Line (the third and final objective in this battle) was about a mile distant at this point. This fight was part of what is known by the British as the 'Battle of Epehy', being a phase of the `Battles of the Hindenburg Line'. Identified are: Private R. J. Martin (fourth from the left), and Lance Corporal W. R. Thomson (fifth from the left).