Follow the road to Helles opposite the Kabatepe Museum. At 14.2km's take a right turn at the 'T' junction and at 14.3km's take the left fork. After a total of 18.2km's, Pink Farm Cemetery will be found down a short track on your left. Pink Farm was a building about 1800 metres south-west of the Redoubt, on the road from Sedd el-Bahr to Geoghegan's Bluff.

Pink Farm (properly Sotiri Farm) took its name from the red soil of the area. Three cemeteries eventually grew up round the farm, the first began after the First Battle of Krithia (28 April 1915). After the armistice, the three cemeteries (Pink Farm Nos. 1, 2 and 3) were combined on the site of No.3 (Plot III and part of Plot IV of the present cemetery are the original graves from No.3) and graves from the following smaller cemeteries were added:-
29th Divisional, 52nd Divisional, Aerodrome, Oak Tree, Gully Beach and Gully Farm.

There are now 602 servicemen of the First World War buried or commemorated in this cemetery. 250 of the burials are unidentified, but special memorials commemorate 219 casualties known or believed to be buried among them. 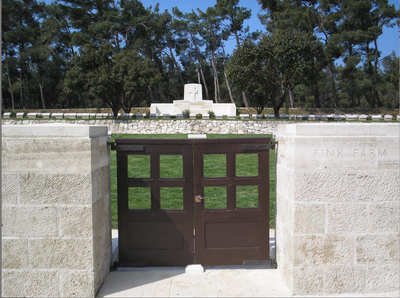 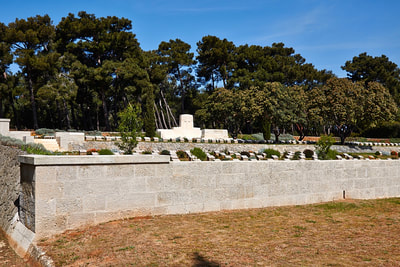 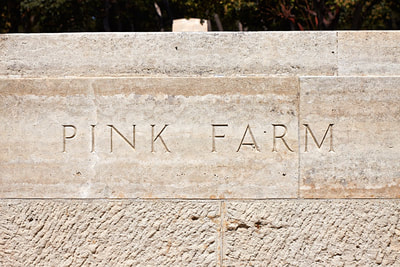 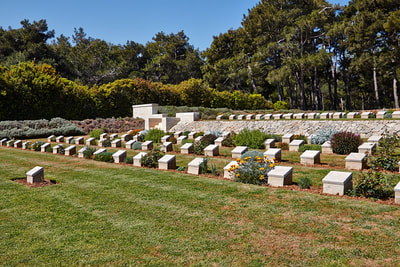 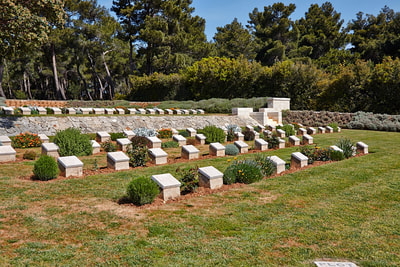 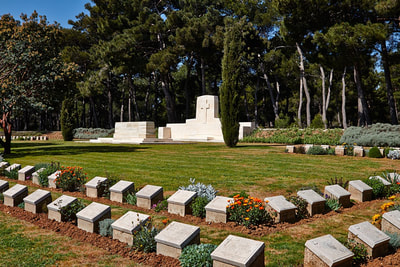 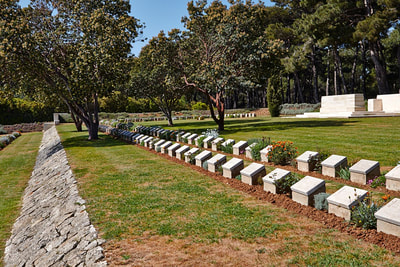 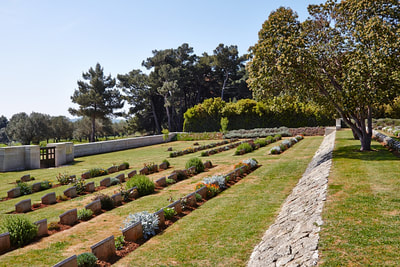 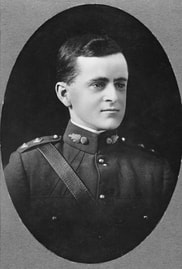 Studio portrait of Lieutenant Robert Clive Crocker, 2nd Field Artillery Brigade (2 FAB). A solicitor from Hawthorn, Victoria, and with three years’ experience in the Army Service Corps plus two years with the Australian Field Artillery prior to enlistment, he embarked with 2 FAB from Melbourne on 18 August 1914 aboard HMAT Shropshire (A9) for Egypt. The brigade landed at Gallipoli on 25 April 1915. He was promoted to Captain (Capt) on 31 May 1915. Capt Crocker was killed in action at Cape Helles on 12 July 1915 and is buried in the Pink Farm Cemetery, Helles, Turkey. He was aged 27 years. 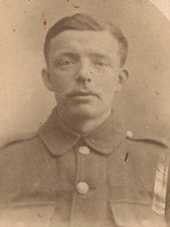 Remembered by all his family. 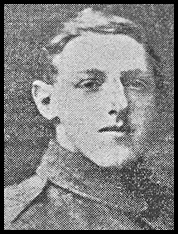 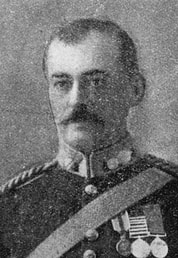 Inscription "From Beyond You Shall Smile Back and Never Know Regret"

Studio portrait of Major John Brier Mills, 2nd Brigade Australian Field Artillery of North Perth, WA. A barrister prior to enlisting, he embarked from Melbourne aboard the HMAT Shropshire (A9) on 20 October 1914. He was wounded in action at the Dardanelles, Gallipoli, Turkey and died of his wounds on 30 May 1915, aged 45. He is buried in Pink Farm Cemetery Helles, Gallipoli, Turkey