This poem was written by US Army chaplain Jesse Dancey on America's Memorial Day 1918 as he overlooked the cemetery. He served in 1917-18 in France in conjunction with British Medical Corp. The dying and wounded he comforted were Commonwealth soldiers. He wrote many letters to their parents. 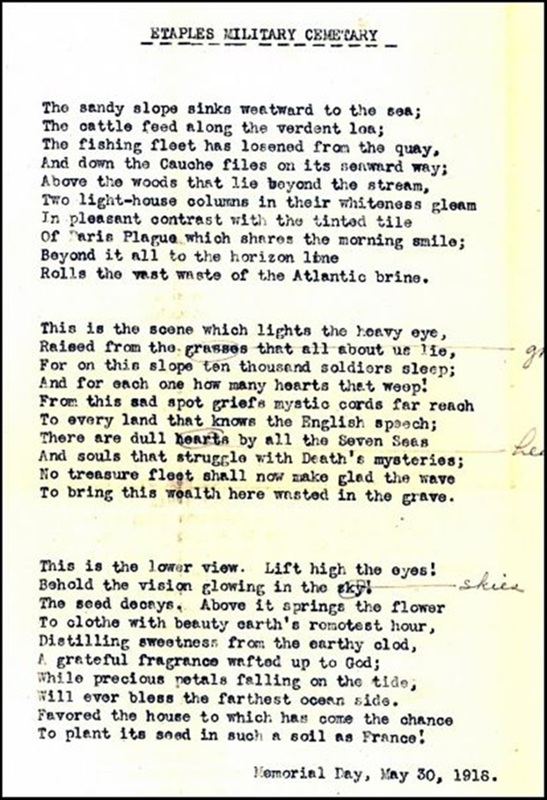