Hope of a Future! Denied to so Many

HOPE OF A FUTURE! DENIED TO SO MANY
~~~~~~~~~~~~~~~~~~~~~~~~~~~~~~~~~~~~~
As a Centenary ends, and new centuries lie ahead
World War one
Known! As the Great War
For so many reasons
Numbers of which we speak.
Shocking - Disgusting – Inhuman
Countless millions Died
So it is said?
That too of Animals,
Millions of horses – Mules
That of Camels too.
Suffered beyond the pale
In battles like the Somme
Vimy Ridge and Gallipoli
To name but a few.
The injuries of this war
Mental! Physical and drunkenness to ease the pain
Anyone should never have to endure
These were brave men.
Of countries from around the world
And laid down their lives
In Britain’s hour of need
For those who survived.
Could not speak! Of the horrors they witnessed
Doctors, Nurses too, had their own battles to fight
That to comfort
Save as many as was physically possible
Other poor souls passed away, in that of a Nurse’s arms.
Sad as it was? Time to move on
Another life to try and save
Dropping on their feet, with sheer exhaustion
Took their fight to the bitter end.
~~~~~~~~~~~~~~~~~~~~~~~~~~~~~~~~~
So tomorrow will be another day
As the first One Hundred years slip away
Centenary has been marked
New generations, hands it entrusts.
Carry your country’s DNA. Forward
To a future never to be forgotten
As you visit white headstones in orderly manner placed
Row upon row, in far flung cemeteries
Across the globe.
Memorials Grand! In solemn reminder
Of numbers vast, names they bear
That of open books
Millenary past could never be read.
So to new and future generations
Be witness to bear
Is reliant on your worthiness
To carry forward this message of hope.
ENTRUSTED TO YOU.
Great Grandparents
Children, and all those in between
Historians – Educators? This is now your Role
For you to fulfil. With Honour it truly deserves?

The four pictures below were taken by Bob on a visit to Carisbrooke Castle In the garden is a Monument to General Jack Seely, the original owner of the real War Horse. 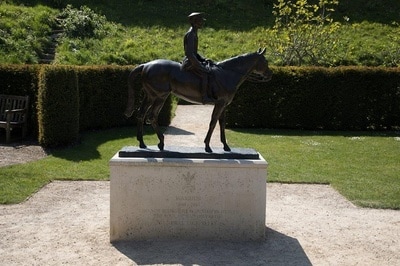 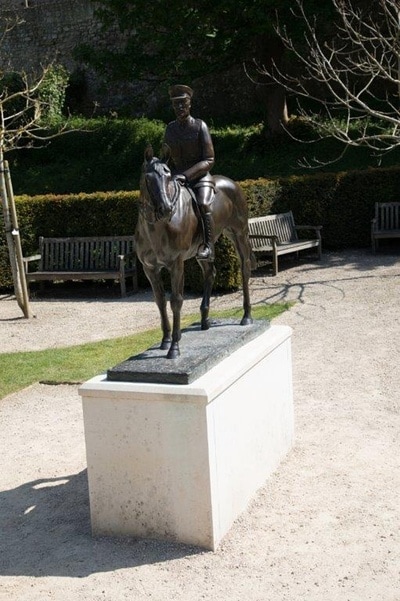 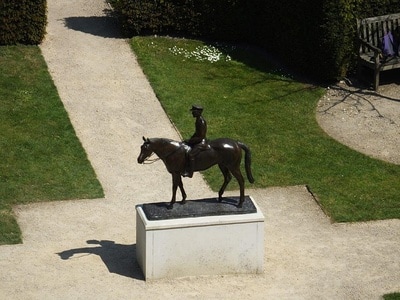 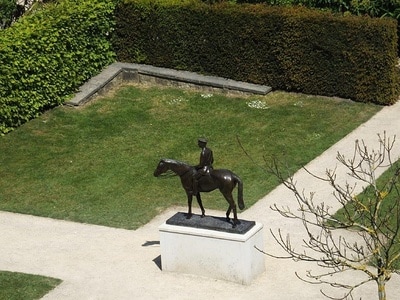 The picture below was taken by Bob at the Living History Festival held at The Weald & Downland Living Museum. Singleton, Chichester, West Sussex. Click here for more information

The star attraction was a shire horse wearing a battle of the Somme amulet on his harness. 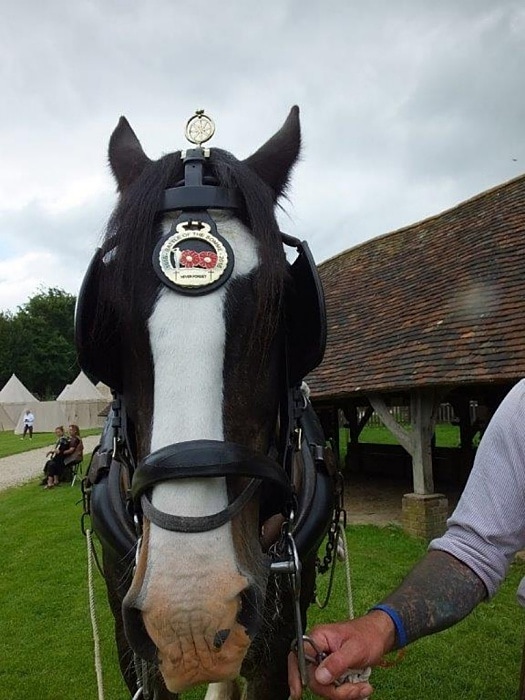