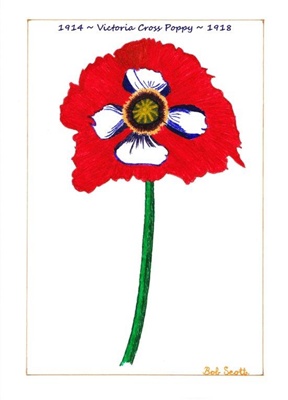 The Poppy Red In Valour – Was not always so!

Poppies of stems fragile and thin

In field after field did grow.

A magic carpet of red.

Dancing in the wind like a fan changing colour

One moment bright red for you to see,

Changed by the wind direction so fierce.

But in our scarlet uniform did stand proud.

Soon after a different story we had to tell.

As under foot we were trampled to death.

Thousands upon thousands of boots did pass overhead.

In our fields where once we proudly stood.

Time to rise again to Honour those who had died

Bigger - Bolder stronger than ever.

Could we match those Number’s.

That once stood Shoulder to Shoulder in these fields.

SO REMEMBER THE DEAD!

WE ARE THEIR SYMBOL DRESSED IN RED. 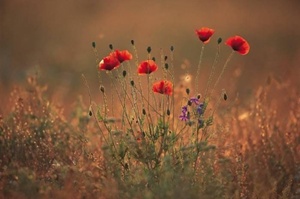