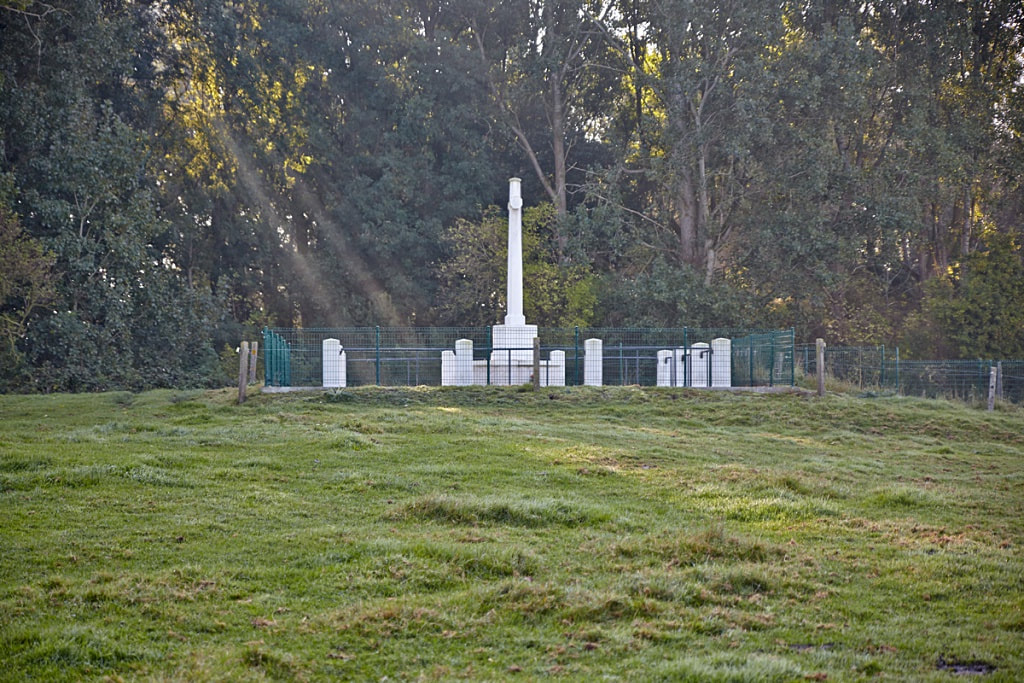 R.E. Grave, Railway Wood is located on the Oude Kortrijkstraat 4 Kms east of Ieper town centre, on a road leading from the Meenseweg (N8), connecting Ieper to Menen.

Visitors should note there is a small grassed access path to this site which is unsuitable for vehicles.

A little further along the track towards Bellewaarde Farm is situated the Liverpool Scottish Memorial. This memorial was erected in July 2000 and it is clearly visible just inside the woodland when viewing Bellewaarde Ridge from R.E. Grave. This memorial is not a Commission responsibility.

The R.E. Grave marks the spot where eight Royal Engineers of the 177th Tunnelling Company and four attached infantrymen were killed in action underground during the defence of Ypres between November 1915 and August 1917.

The grave takes the form of a small enclosure with a Cross of Sacrifice bearing a dedicatory inscription and the names of those buried there. It was designed by A.J.S. Hutton. 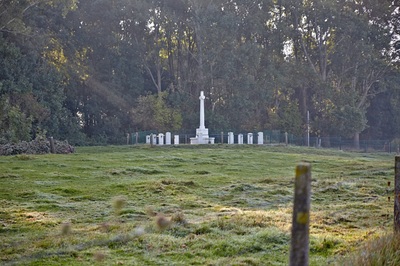 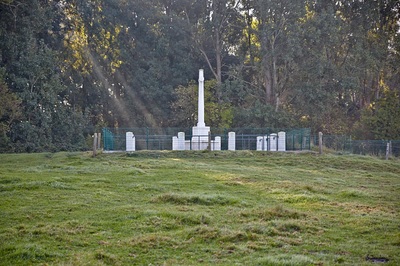 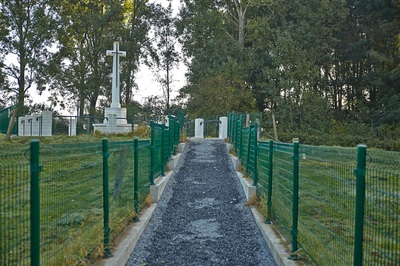 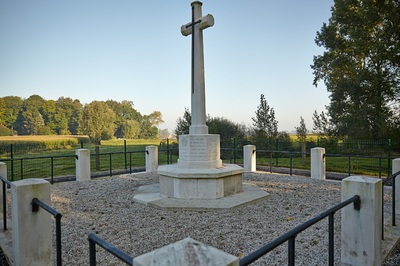 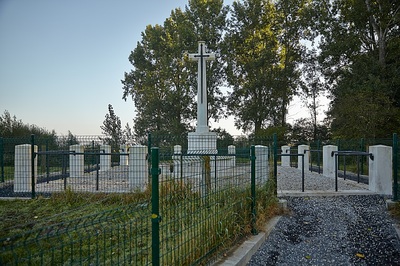 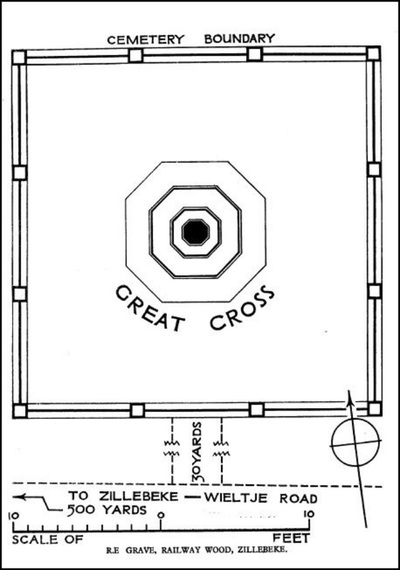 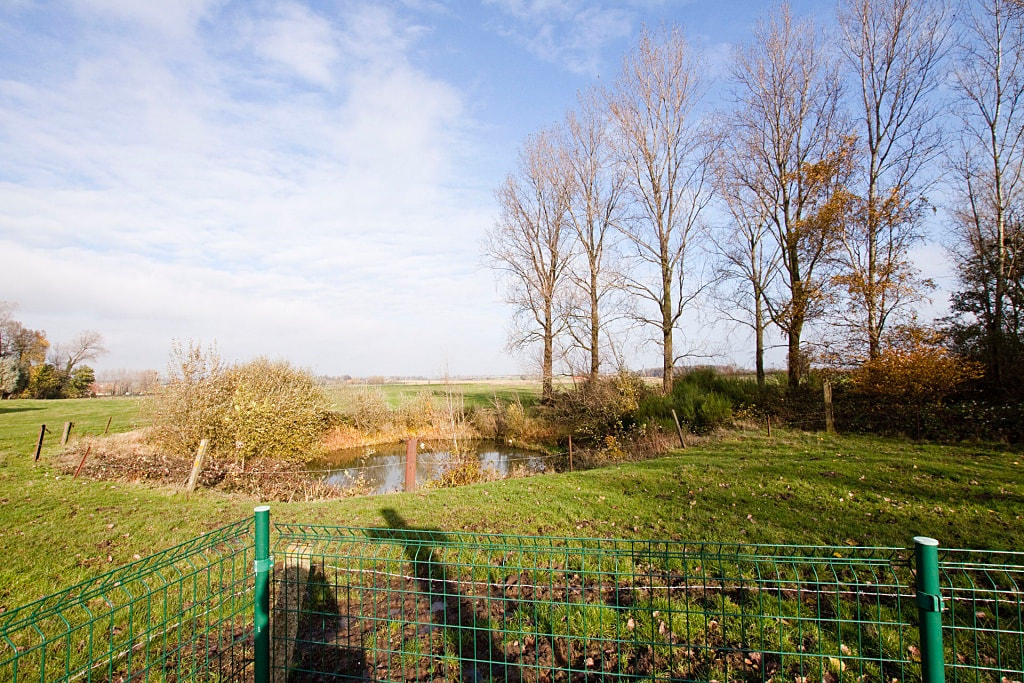 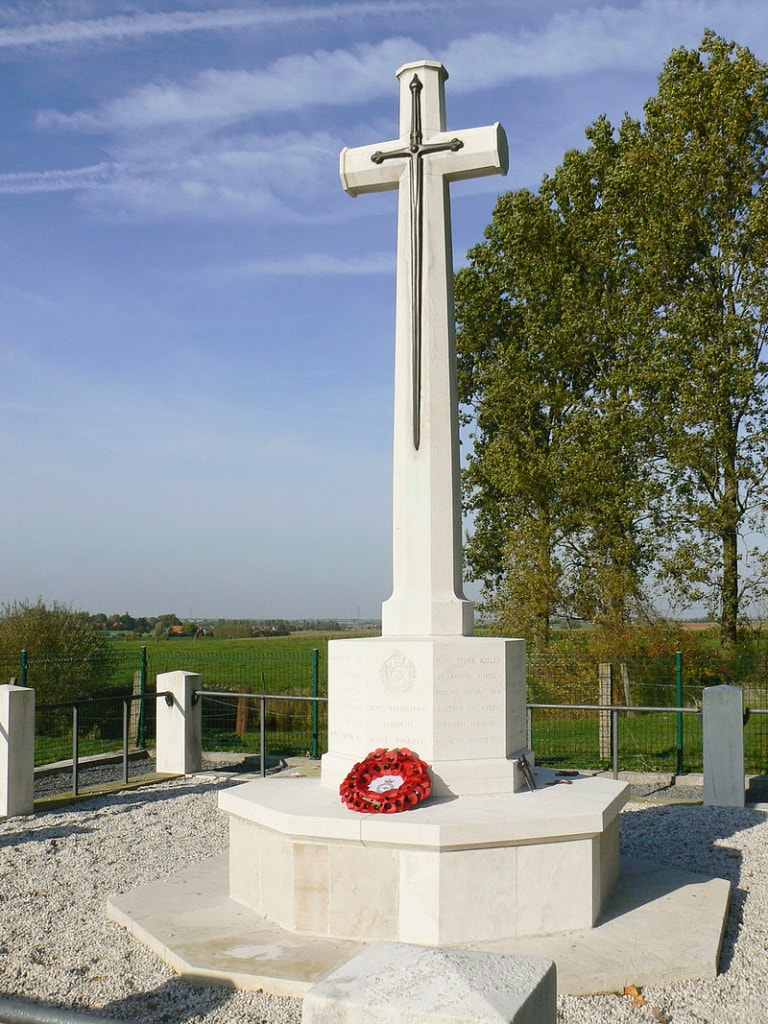 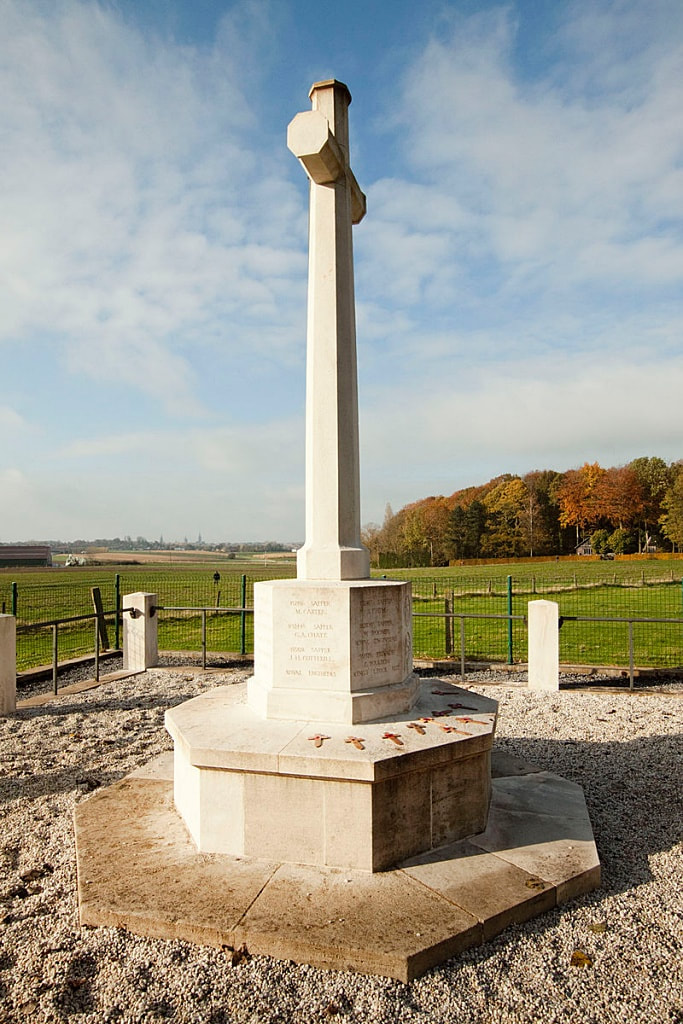