Rancourt German Military Cemetery is located just to the west of the village on the D20 towards Combles.
​


Rancourt was entirely destroyed during the Great War. It was partly recaptured by Allied troops on 25 September 1916; the troops then went on to attack Saint Pierre Vaast Woods, taken back by the British in March 1917 during the German withdrawal to the Hindenburg Line farther north.

There are only a few graves here from the early months of the war. Two thirds of the dead lying here are from the Battle of the Somme between July and November 1916. Most of the remainder are from the summer of 1918.

In 1929 repairs were carried out following negotiations with the French Government and the mass graves were given a proper wall and planted with roses. Trees were planted and the cemetery was inaugurated on 17 September 1933.

The problem of how to mark the names of the fallen had to wait until the end of the Second World War for a solution. Eventually in 1972 the wooden crosses were replaced with crosses made from Belgian granite.

There are two mass graves containing 7 492 soldiers only 2 316 of who are known.

A small chapel made from red Vosges sandstone lies within the cemetery. Inside is a carving by Geiger of an interment. 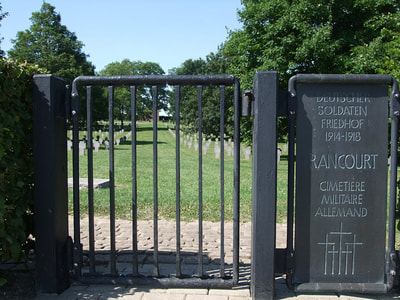 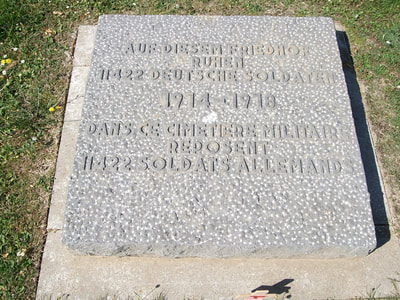 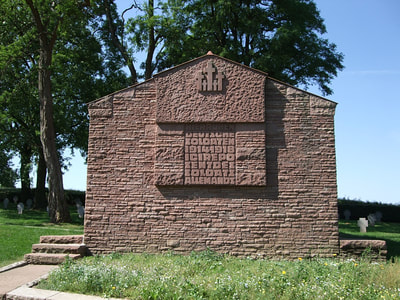 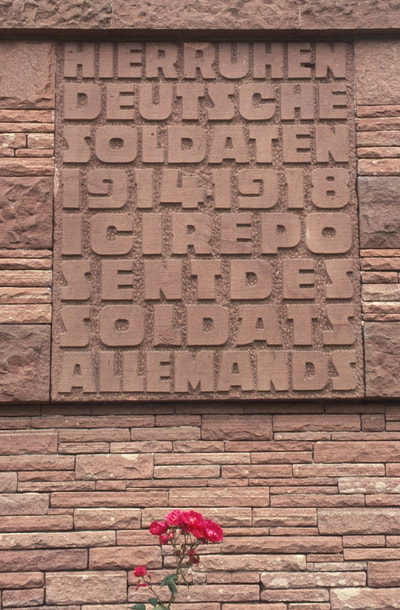 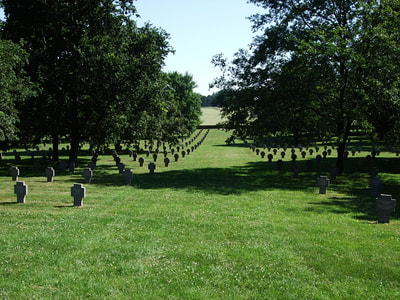 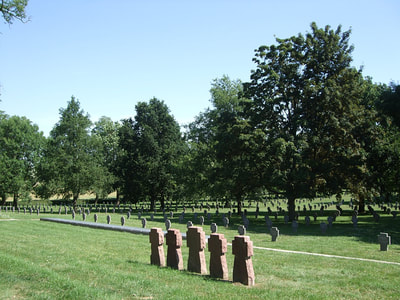 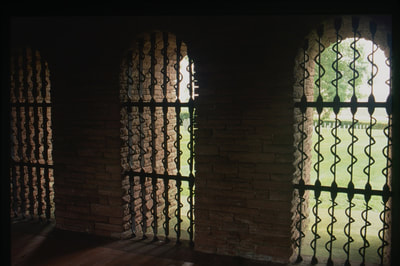 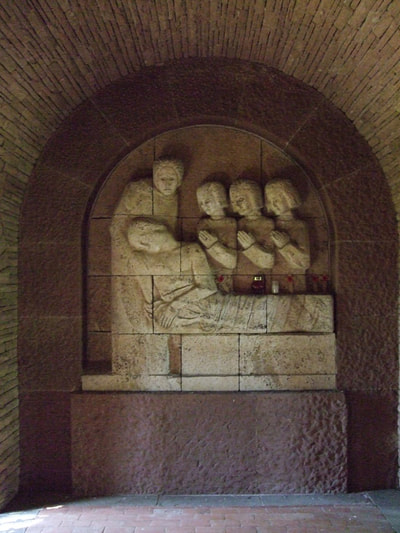 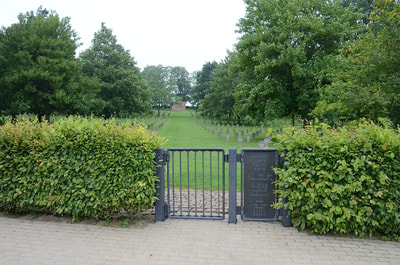 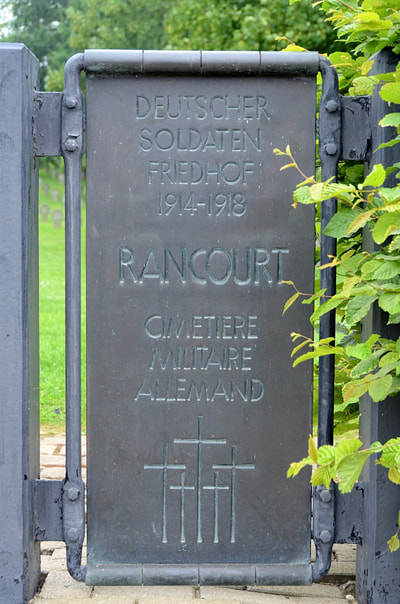 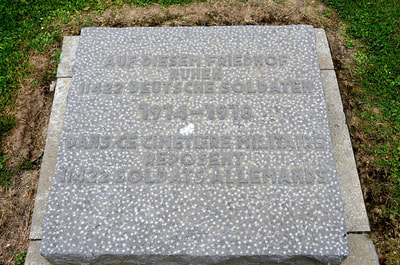 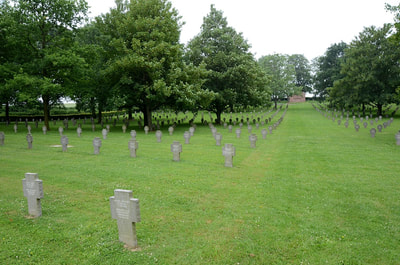 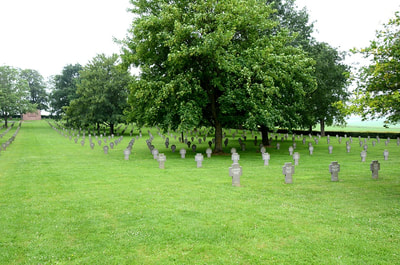 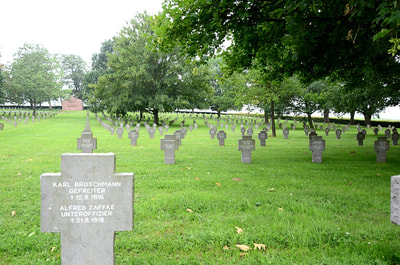 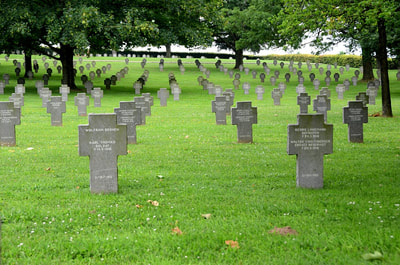 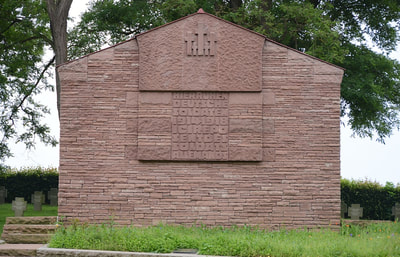 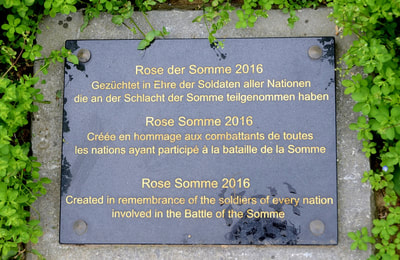 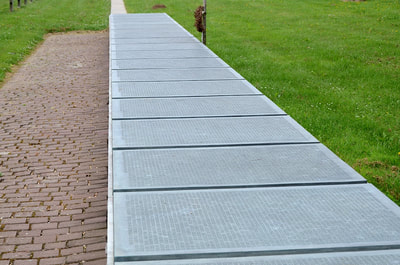 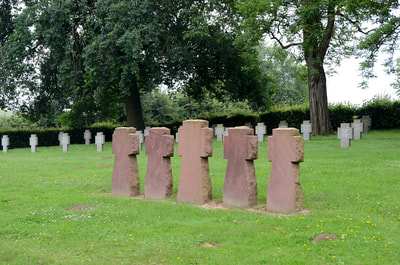 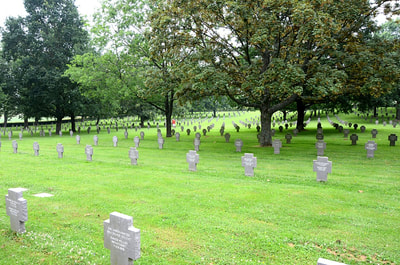 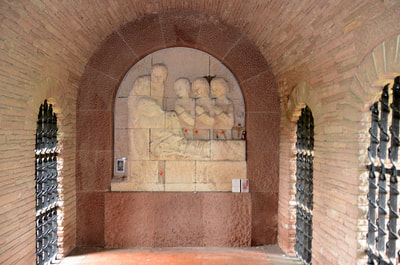 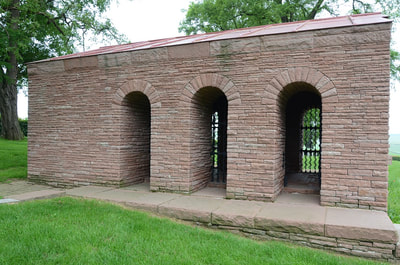 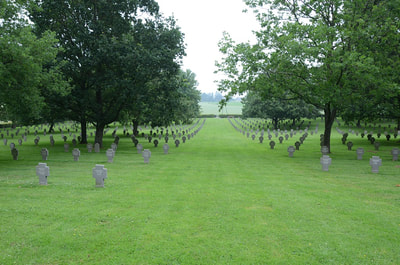 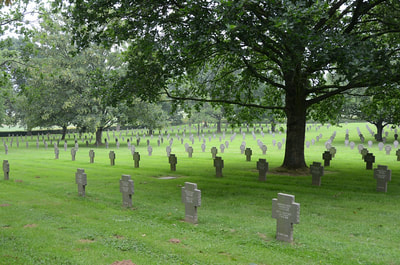 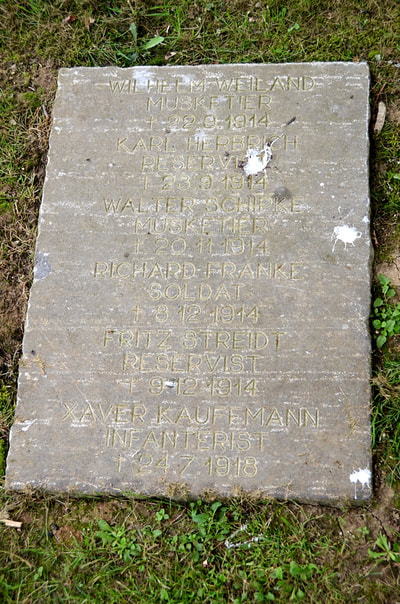 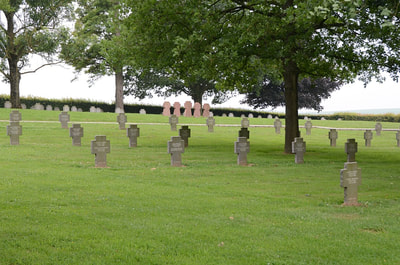