From Helles, continue on the road to Alciptepe and Redoubt cemetery will be found on your left. It is on the west side of the Krithia - Sedd el Bahr Road, approximately sout-west of "The Vineyards". It faces south to the entrance to the Dardanelles and is surrounded by a belt of shrubs.

Redoubt Cemetery takes its name from the chain of forts made by the Turks across the southern end of the peninsula in the fighting for Krithia and the Redoubt Line on which the advance halted in May.

The cemetery was begun by the 2nd Australian Infantry Brigade in May 1915 and continued in use until the evacuation. It was greatly increased after the Armistice when the battlefields were cleared and graves were brought in from the following smaller cemeteries:-
Krithia Nullah Nos. 1 and 2, West Krithia Nullah, Brown House, White House and Clapham Junction.

There are now 2,027 servicemen of the First World War buried or commemorated in this cemetery. 1,393 of the burials are unidentified but special memorials commemorate 349 casualties known or believed to be buried among them. 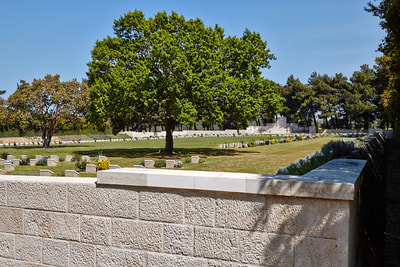 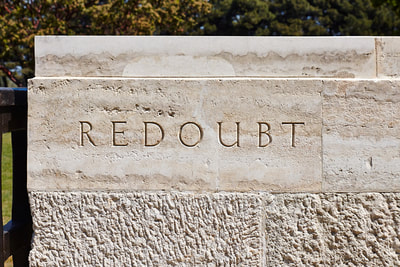 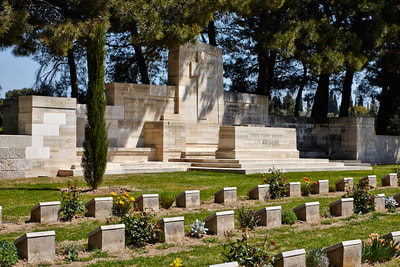 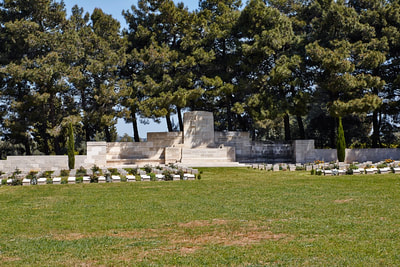 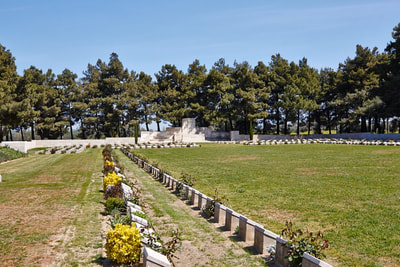 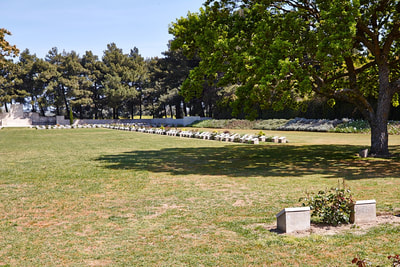 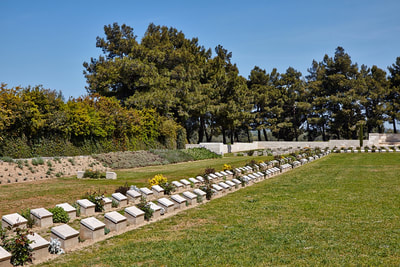 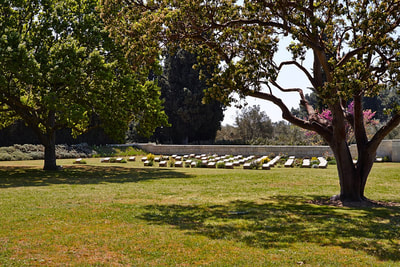 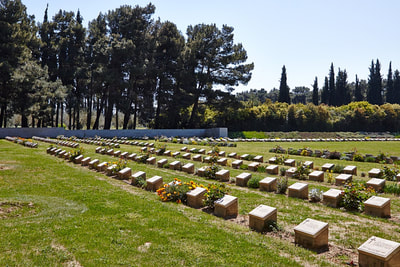 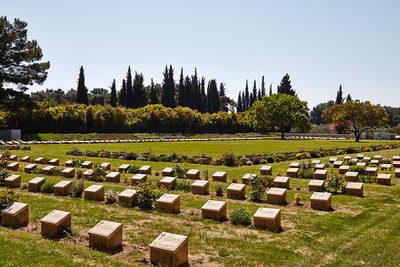 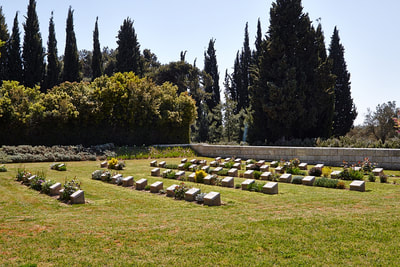 INSCRIPTION. FROM THEE I DESIRE TO RECEIVE ALL THAT THY ETERNAL LIFE CAN GIVE.

​Archie Brook was married to one of my Grandfather’s sisters. My grandfather was Colonel Sir Henry Darlington  who took the 1/5 Manchesters out to Egypt and trained them up prior to embarking for Gallipoli.

Archie was born on 18th June 1884, eldest son of Mr Arthur Brook of HM Treasury and of Ruth Mary Brook of Woodhouse, Weybridge, Surrey, and a nephew of Mr T. Julius Hirst of Meltham Hall and of Mr Charles Lewis Brook of Harewood Lodge. He was educated at The Grange, Folkestone, and at Rugby Public School from 1898 to 1903. In 1903 and he entered Exeter College, Oxford. After taking his BA degree he joined the firm of Messrs Jonas Brook and Brothers, cotton thread manufacturers, of Meltham Mills, of which he became a director in 1912. He lived at Helme Lodge, near Meltham, and was a Church Warden at Helme Church.

Archie married Sydney Harriet (nee Darlington) Brook on 8th July 1909 in the Parish Church in Douglas, Lancaster. Their daughter Blanche Mary was born on the 29th May 1910 at Manor Croft, Helme Edge. He was passionately fond of horticulture and he acted as President of the Meltham Mills Flower Show. He was a good all round sportsman.

Archie enlisted at the outbreak of the war in the 5th Battalion Manchester Regiment and proceeded with them to Egypt in September, 1914.

On 4th May 1915 he landed with his battalion in the Dardenelles.

During the attack by the Manchester’s on the Turkish trenches below Achi Baba he was directing his men, who were taking ammunition under heavy fire to the captured trenches, when he was shot and killed instantaneously on 4th June 1915, aged 30 years.

2nd Lieutenant Brook’s will was written by Fisher and Company, solicitors, of John William Street, Huddersfield.

Pictures below and text above provided by Hugh Darlington 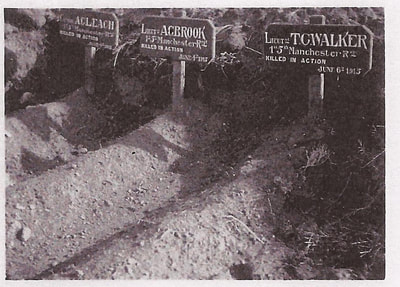 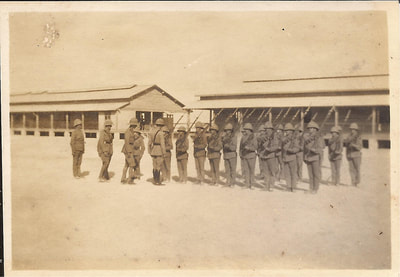 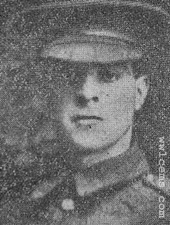 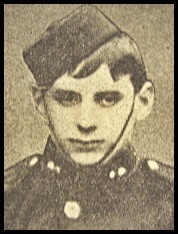 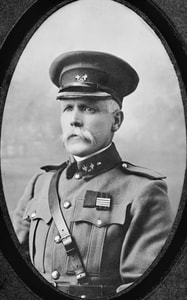 Inscription "Behind all shadows standeth god"

Studio portrait of Major Robert Gartside (born 1862). Gartside enlisted in the 4th Victorian Rifles in 1885, and was promoted to Major in 1903. Note the Queen's South African Medal with three clasps which he earned during the South African (Boer) War, while serving with the 3rd Imperial Australian Bushmen. He was wounded as a Lieutenant, while serving with the Bushmen, on 14 February 1901. He retired as a Major in 1903. He re-enlisted in 1914, and served as second in command of the 8th Battalion as an acting Lieutenant Colonel. He was killed in action at Gallipoli while leading a charge of the 7th battalion near Tommies' Trench at Cape Helles on 8 May 1915. 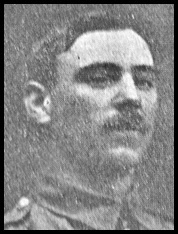 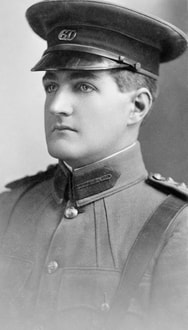 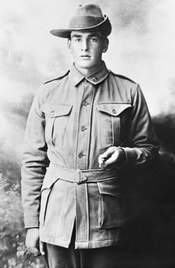 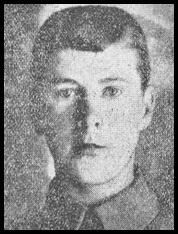