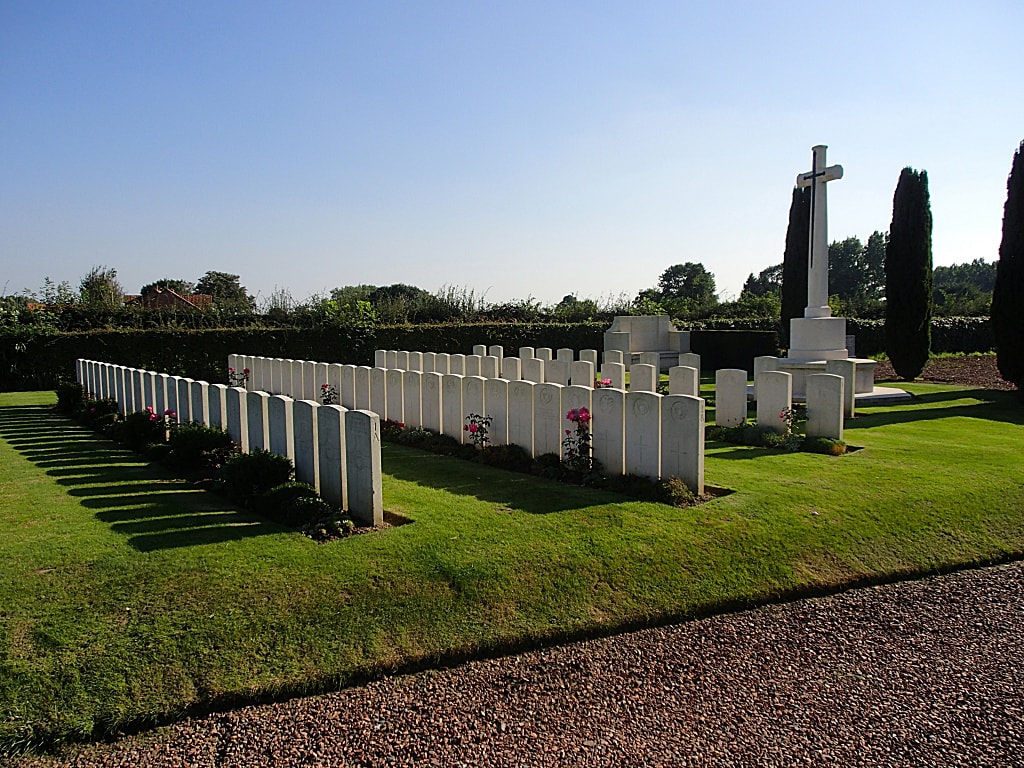 Ruesnes is a village approximately 4 kilometres north-west of Le Quesnoy, Ruesnes Communal Cemetery lies to the north-west of the village on the road to Sepmeries.

Ruesnes was occupied by the 3rd Division on the 24th October, 1918.

The Commonwealth plots were made by the 62nd (West Riding) Division, and contain the graves of soldiers who fell in November, 1918.

The Commonwealth plot was designed by William Harrison Cowlishaw

The plots cover an area of 378 square metres. 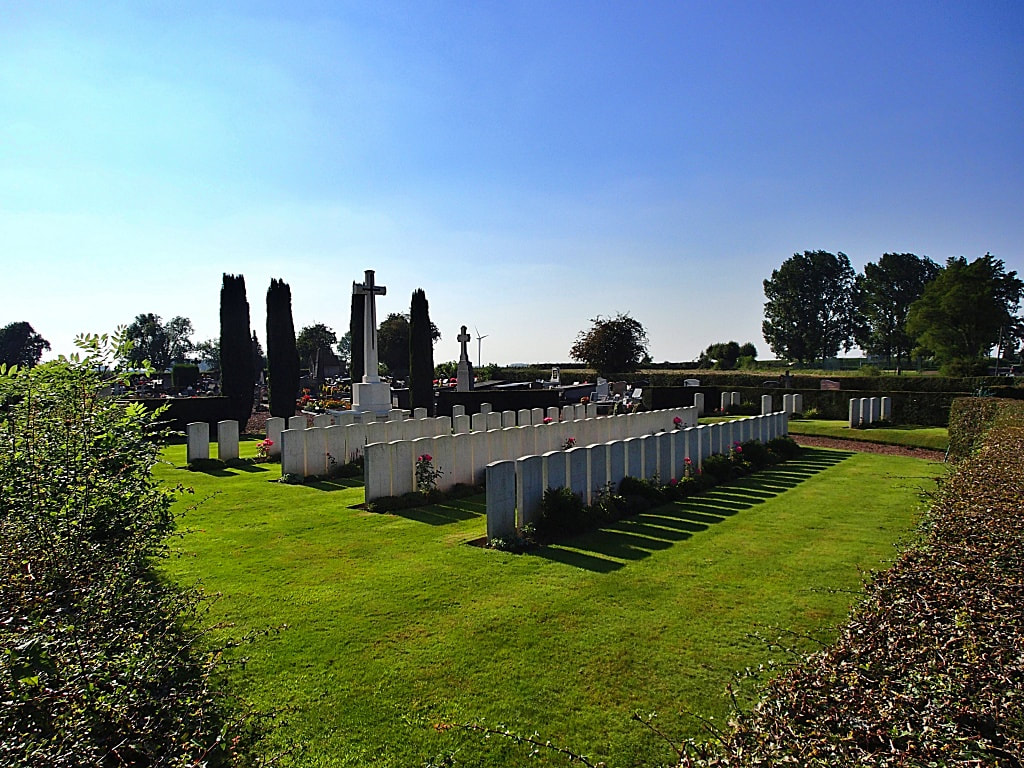 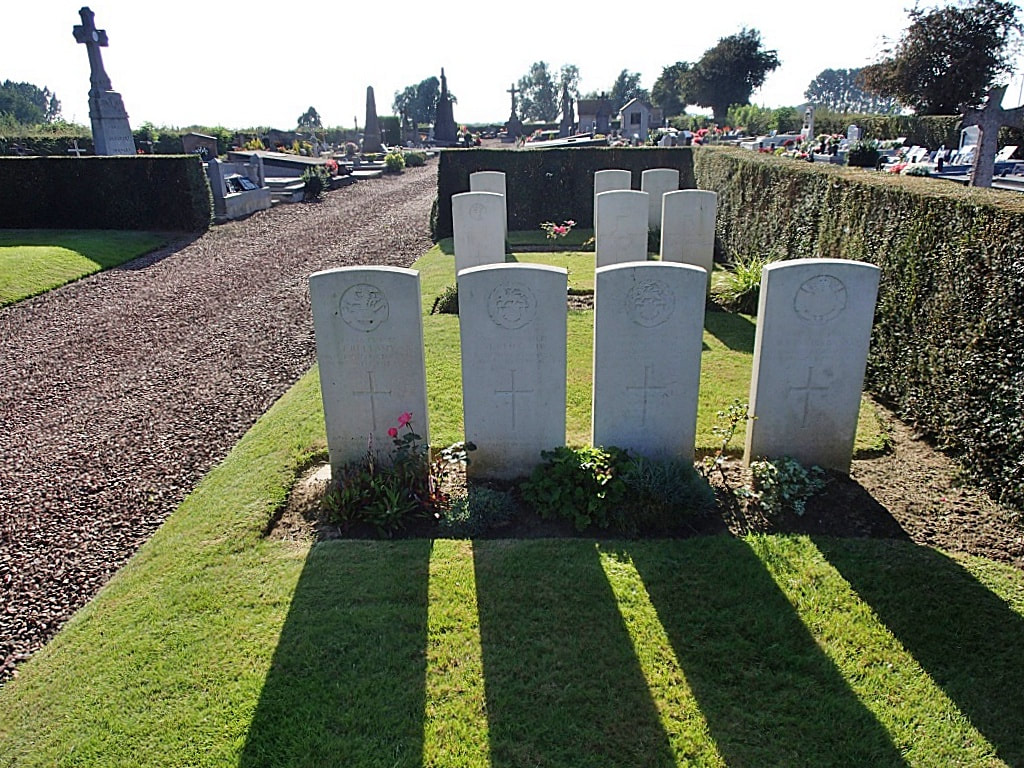 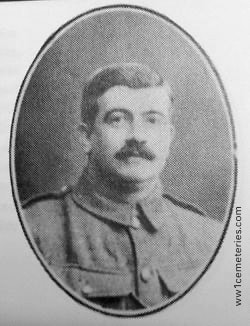 His headstone bears the inscription "Until The Day Break" 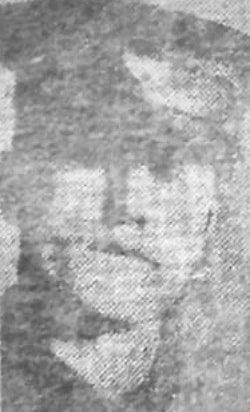 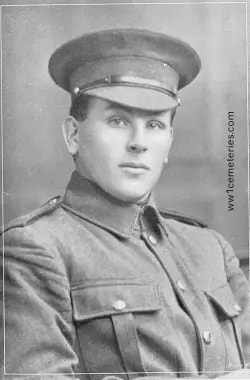 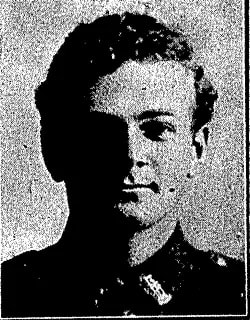 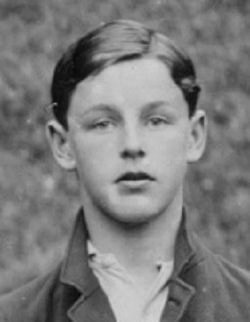 His two brothers also fell, Cecil was killed on 27th June 1916, aged 20 and is buried in Loker Churchyard in Belgium and Noel, who was a Chaplain, died on the 16th November 1918 and is buried in Terlincthun British Cemetery in France.

His headstone bears the inscription: "Twice Mentioned In Despatches. His Two Brothers Also Fell In Death "They Were Not Divided" 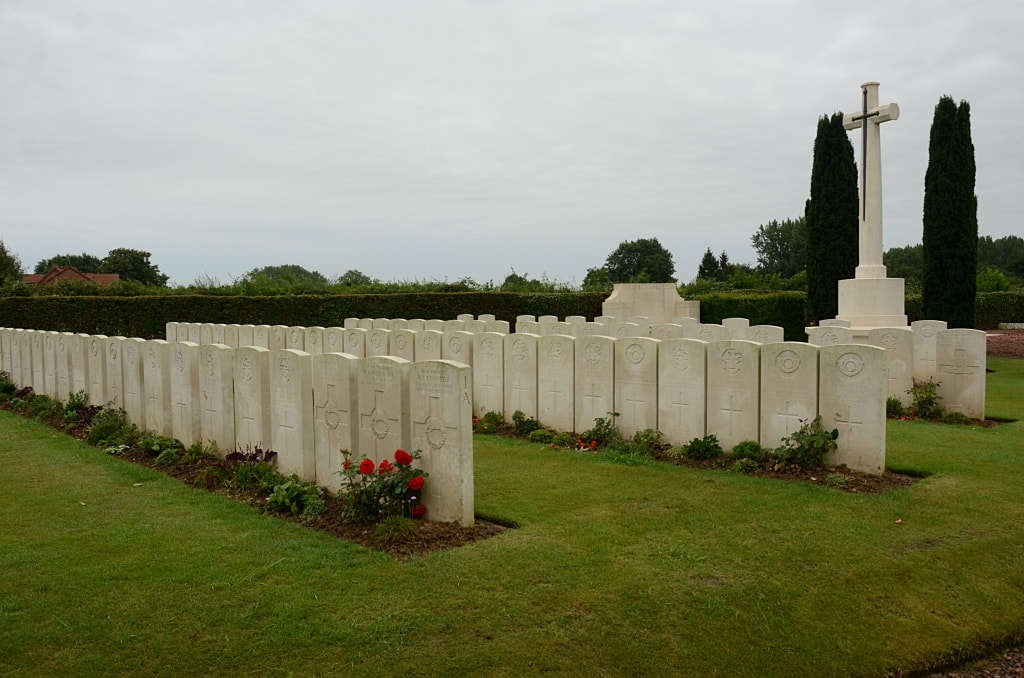 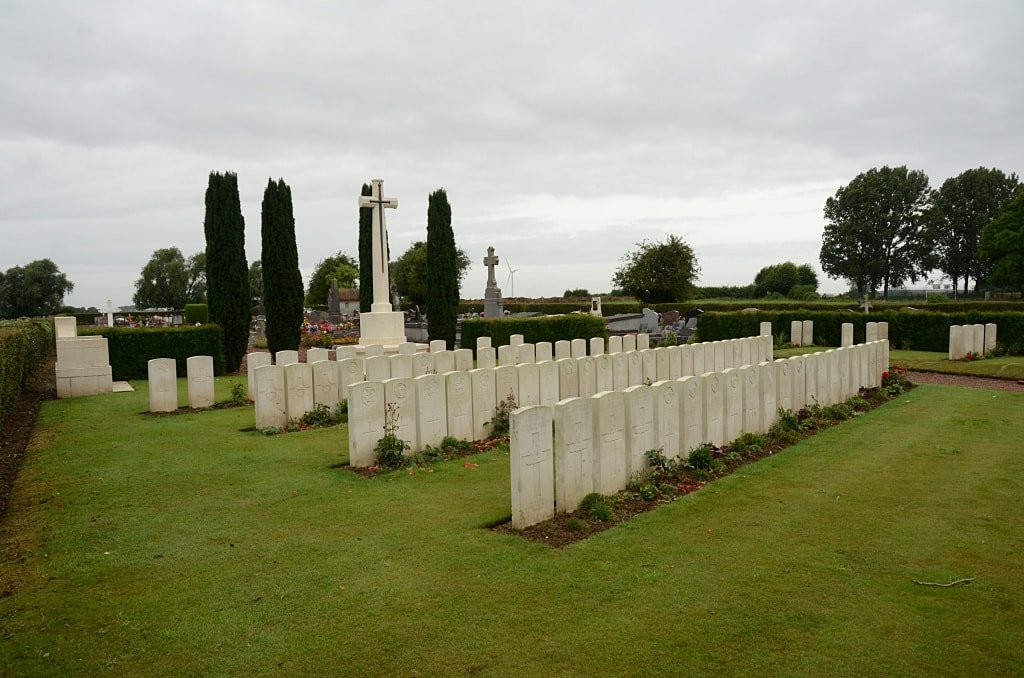 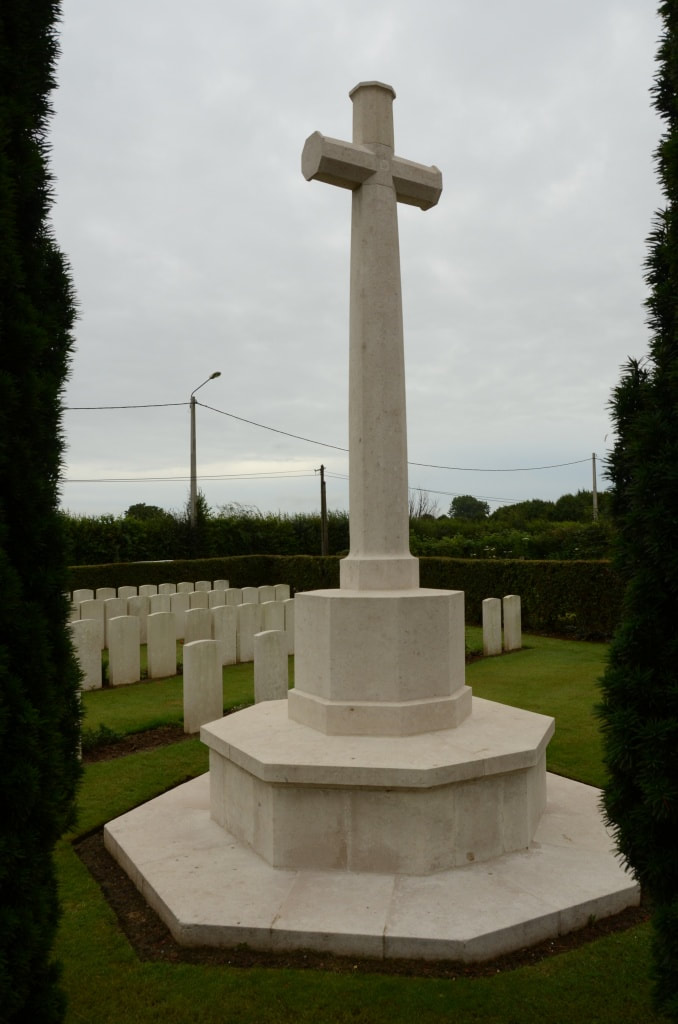 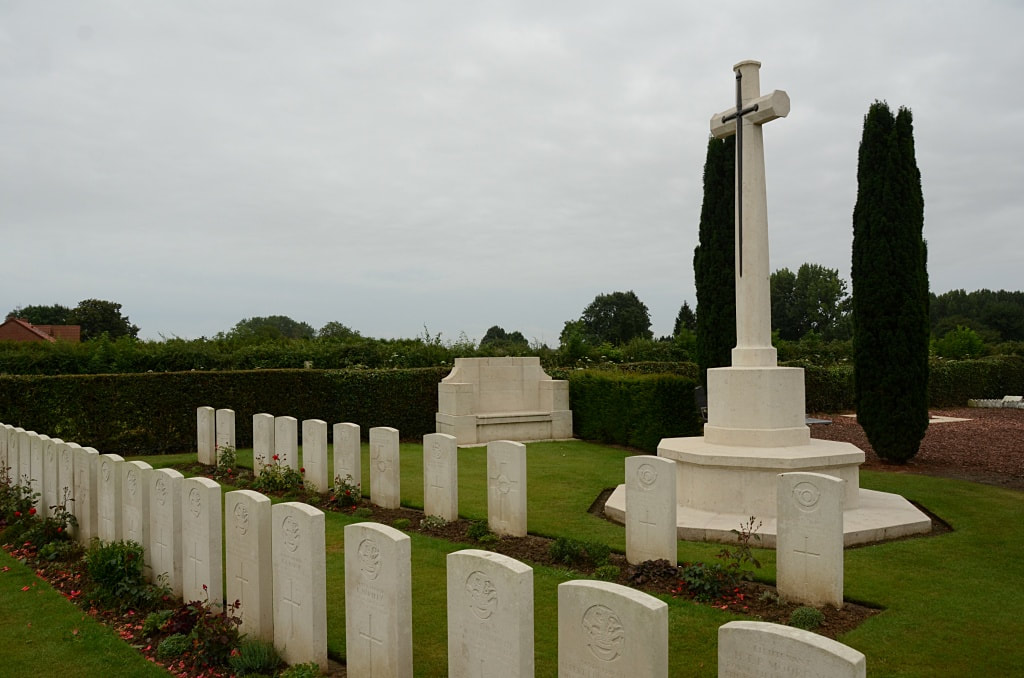 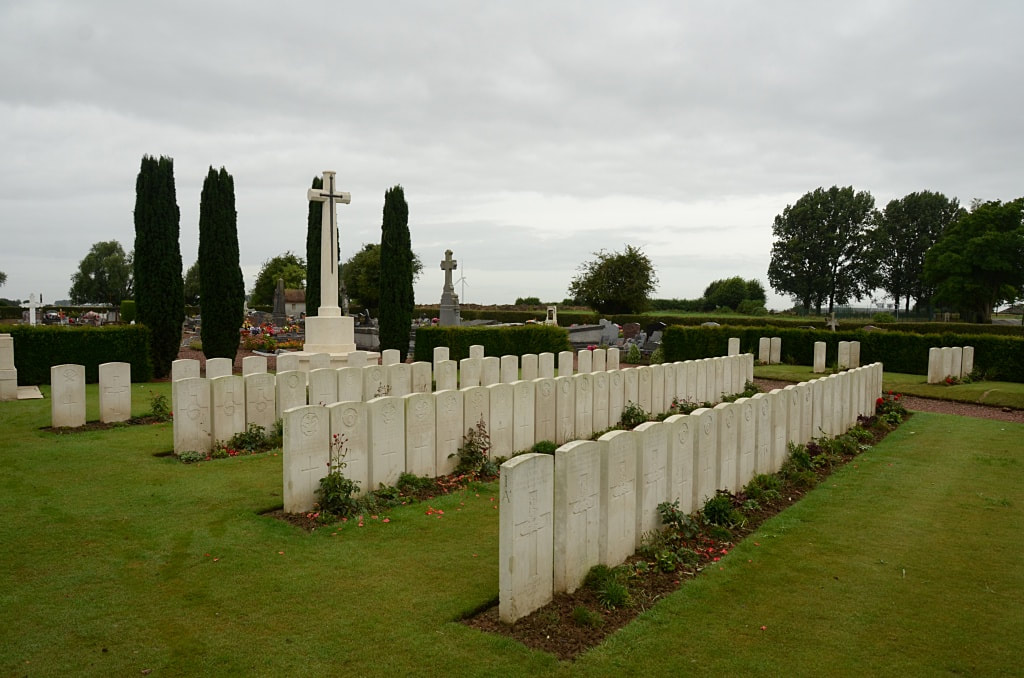 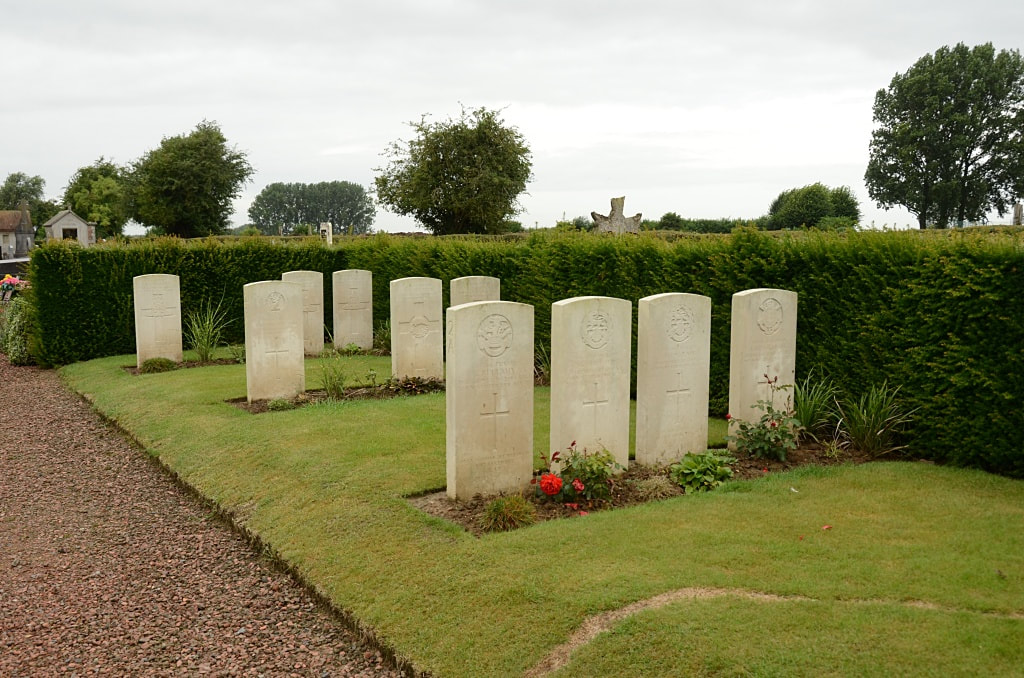 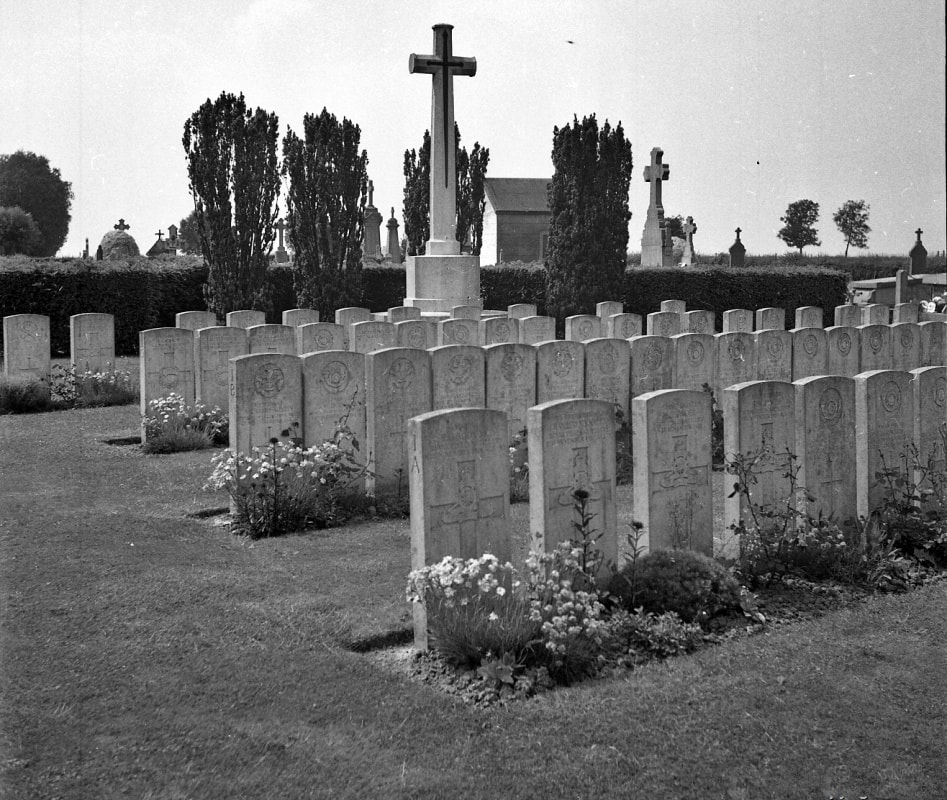 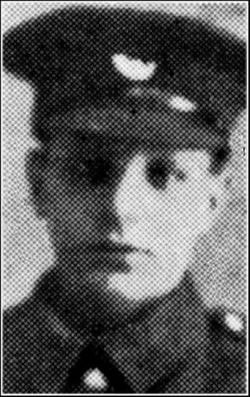 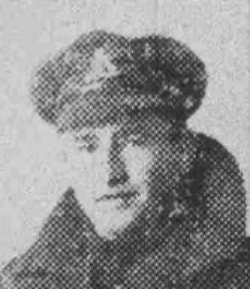 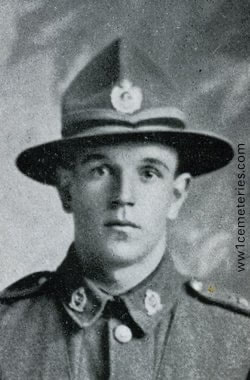 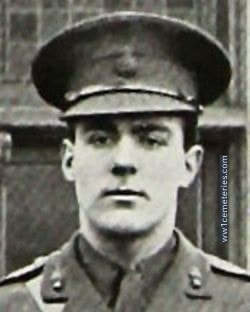 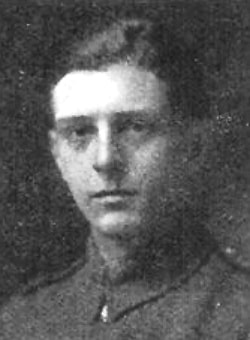 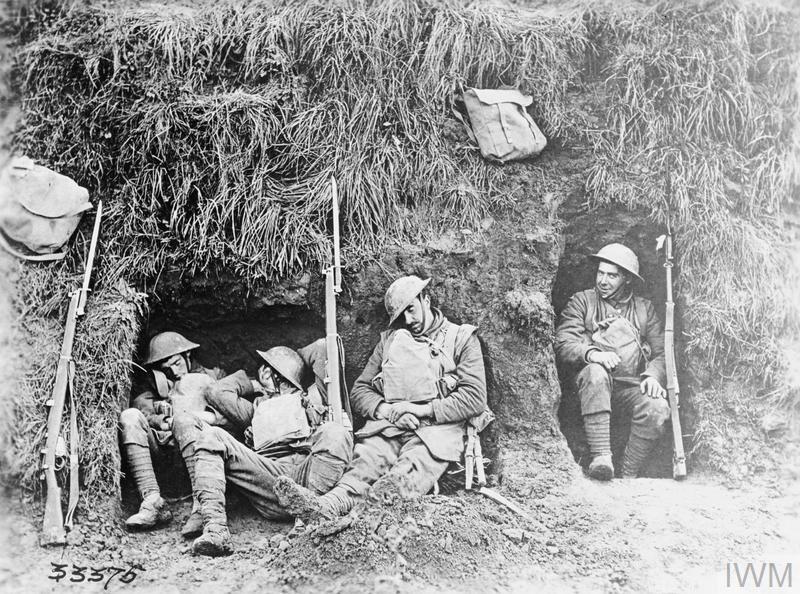 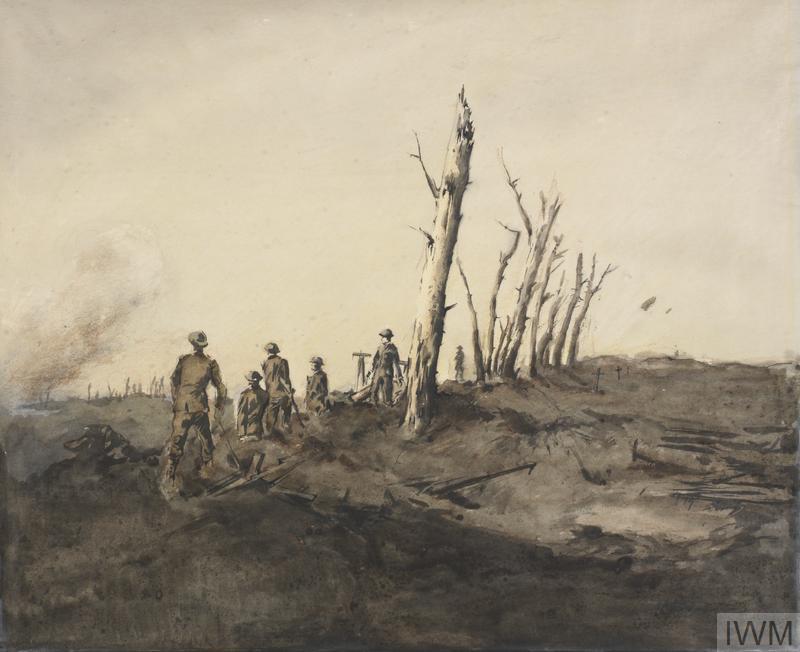 Image by Adrian Hill: in a battlefield landscape six soldiers, carrying various pieces of equipment, watch a shell bursting in the distance. A row of blasted tree trunks stand to the right of the soldiers. IWM ART 281