Archangel, in the north of the Russian Federation, is a town on the eastern side of the Dvina Estuary on the White Sea.

The cemetery is within an enclosed area, but the entrance gates are unlocked. There may however be limited mobility inside the cemetery for some in a wheelchair, as the ground is mainly covered in grass.

During both world wars, Archangel was one of the ports through which the Allies assisted Russia with supplies and munitions.

The cemetery was begun immediately after the occupation of the town in August 1918 by the Allied force sent to support the Soviet Russian Government against potential threat from German occupied Finland and other local sources. It was used by No.85 General Hospital, No.53 Stationary Hospital, No.82 Casualty Clearing Station, HM Hospital Ship 'Kalyan' and other Allied hospitals.

During the Second World War, after the German attack on Russia in June 1941, Archangel became an Allied airbase and a naval base from which minesweepers met and escorted the convoys.

ARCHANGEL ALLIED CEMETERY contains 224 burials and commemorations of the First World War, including special memorials to 140 officers and men with known burials in cemeteries elsewhere in northern Russia. Two of the burials are unidentified. The cemetery also contains 7 Second World War burials.

The ARCHANGEL MEMORIAL, which consists of panels fixed into the east wall of the cemetery, commemorates 219 British officers and men who died during the north Russian campaign and whose graves are not known. 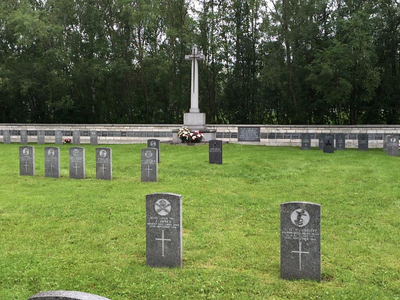 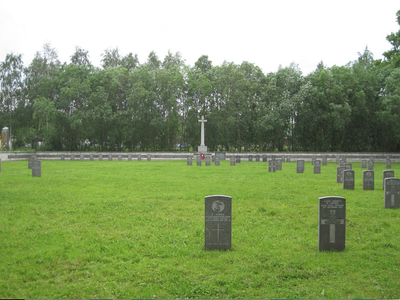 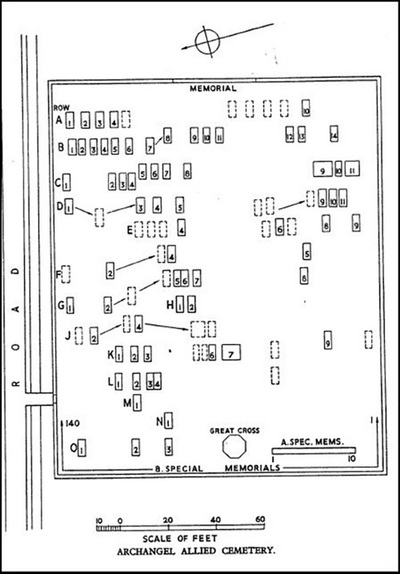 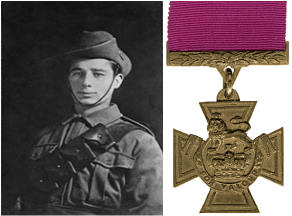 Citation: An extract from The London Gazette, dated 23rd Oct., 1919, records the following:- "For most conspicuous bravery, devotion to duty and self sacrifice during the operation against the enemy battery position north of Emtsa (North Russia) on the 29th August, 1919. Serjeant Pearse cut his way through the enemy barbed wire under very heavy machine-gun and rifle fire and cleared a way for the troops to enter the battery position. Seeing that a blockhouse was harassing our advance and causing us casualties, he charged the blockhouse single-handed, killing the occupants with bombs. This gallant noncommissioned officer met his death a minute later, and it was due to him that the position was carried with so few casualties. His magnificent bravery and utter disregard for personal danger won for him the admiration of all troops." 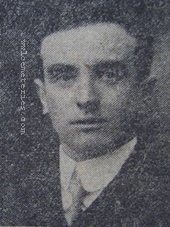 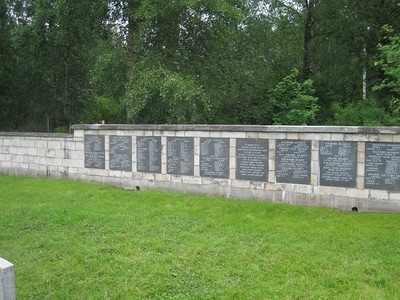 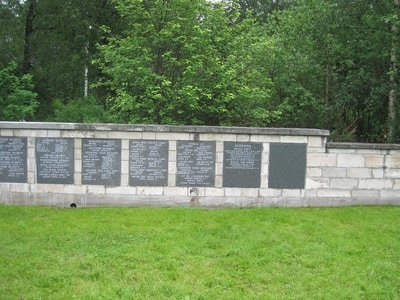