The Freetown Memorial is located outside the Secretariat Building in the centre of Freetown.

The West Africans who died whilst serving with the Royal West African Frontier Force in West Africa, whose graves are not known, or are unmaintainable, are commemorated by name on memorials in the countries of their enlistment: men of Sierra Leone at Freetown, Nigerians at Lagos, men of Ghana at Accra, and of Gambia at Bathurst (now Banjul).

2479 Private Fatoma, West African Regiment, executed for cowardice 19th July 1915. His battalion had been fighting in the Cameroons.  He was tried on 2 charges of cowardice, & one of quitting his post.  (Putkowski,p.56) 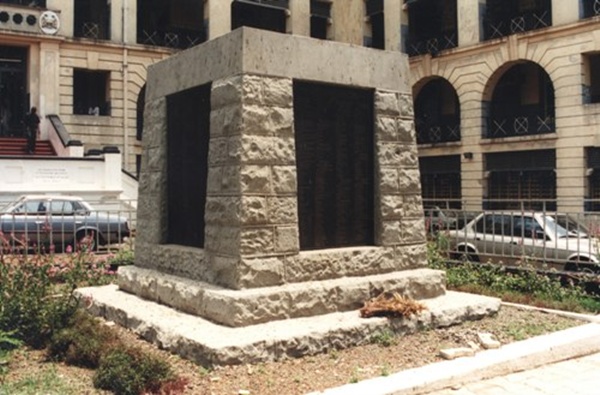